Lisa Taylor receives a COVID-19 vaccination from registered nurse Jose Muniz with the help of Karenda Palmer, a staff member, as she takes part in a vaccine study at Research Centers of America on Aug. 07, 2020, in Hollywood, Fla. (Joe Raedle/Getty Images)
By Gaby Galvin

States have one week left to submit plans to the federal government on how they’ll roll out any eventual coronavirus vaccines, but a number of unknowns remain that could complicate distribution efforts when doses first become available.

Operation Warp Speed, the federal government’s vaccine effort, outlined its plan to purchase and distribute coronavirus vaccines in mid-September, while the Centers for Disease Control and Prevention released a 57-page playbook for state and local health departments and set an Oct. 16 deadline for states to submit detailed plans of their own, including information on vaccination sites and other logistics. But many uncertainties remain that limit what the public health community can do to prepare for what will be a gargantuan, monthslong effort to vaccinate millions of Americans.

Some of these variables can’t be helped at this stage, such as which vaccine candidates will be authorized and sent to states. Among the 19 states that responded to Morning Consult’s questions on their coronavirus vaccination plans, most said they felt confident they’d meet the CDC’s Oct. 16 deadline but would need to continue to update their plans afterward. Public health officials are used to responding to unpredictable situations and will account for that in their coronavirus vaccine plans, said Dr. Marcus Plescia, chief medical officer of the Association of State and Territorial Health Officials.

“I don’t think anybody is going to have a perfect plan, because there’s so many unknowns,” Plescia said. “We just need to be as prepared as we can. It’s the first time with Covid that we’ve actually had the opportunity to really prepare a little bit.”

On a call with reporters Friday, Dr. Jay Butler, the CDC’s deputy director for infectious diseases, said the agency and Operation Warp Speed have been working “24/7” with states and other jurisdictions to develop their plans because “simply shipping vaccines and getting it into freezers and states and cities is not enough.”

Yet some states and public health groups said that in order to develop more robust vaccine plans, they need more information from the federal government, including how the Department of Defense will be involved in the effort; official guidance on which groups to prioritize in the earliest days of vaccine availability; clarity on the federal information technology infrastructure for tracking immunizations; and details on the vaccine supplies that will go to states and directly to other facilities, like retail pharmacies or nursing homes.

“States need time to plan thoughtfully — and need more specific planning assumptions from the feds in order to do so,” Erin McHenry, who works on COVID-19 communications for the Minnesota Department of Health, said in an email. 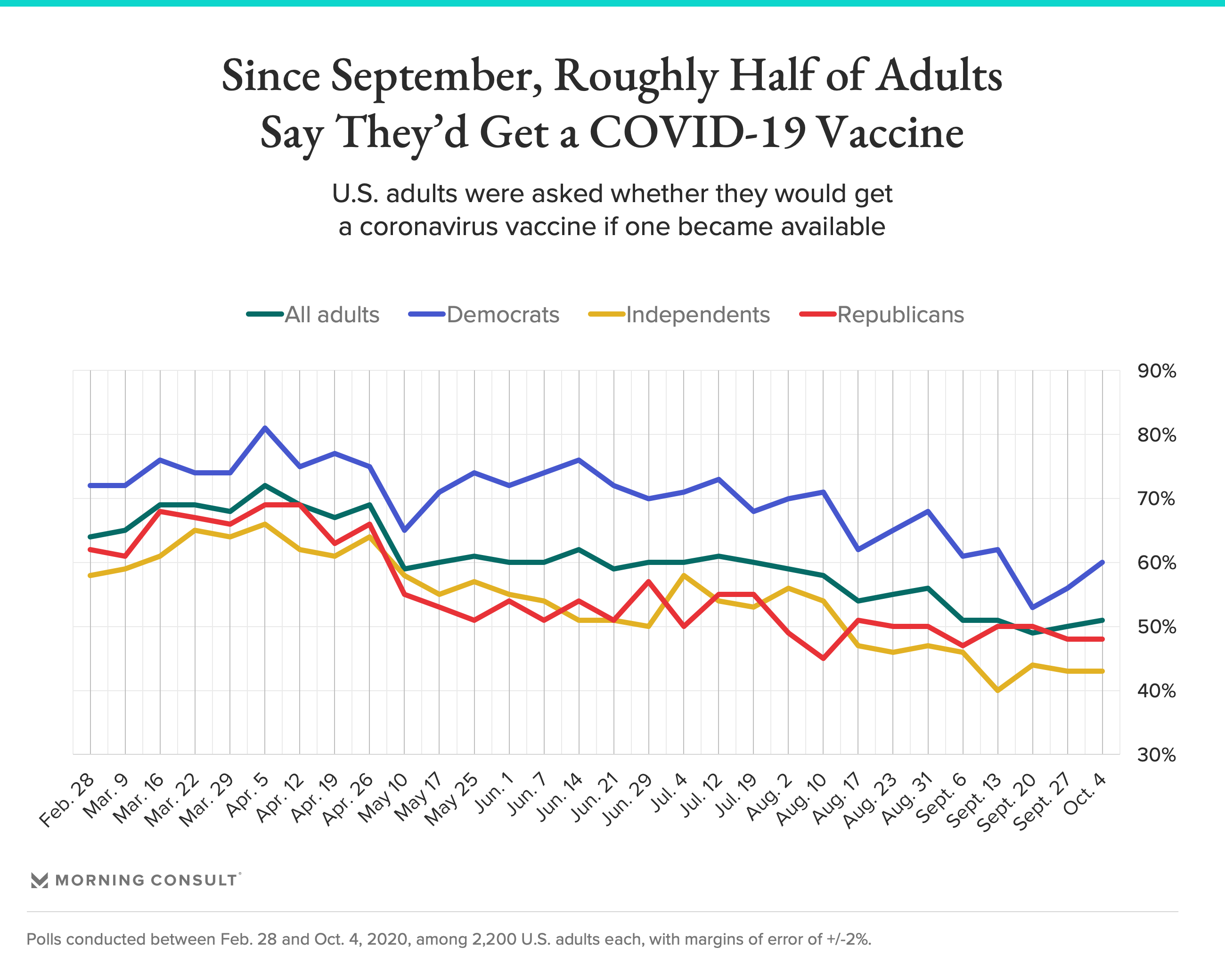 While multiple coronavirus vaccine candidates are in late-stage clinical trials, it may be the end of 2020 or early 2021 before doses are available, so uncertainty at this stage doesn’t necessarily mean states’ vaccine distribution plans will go awry. But rolling out a vaccine to many people all at once is a “very challenging process,” said John Auerbach, president and chief executive of the nonpartisan public health policy, research and advocacy group Trust for America’s Health.

“It could be done well, but it doesn’t just happen,” said Auerbach, who oversaw a large-scale immunization campaign during the H1N1 swine flu pandemic as Massachusetts’ commissioner of public health. “It happens because there’s money, there’s skilled oversight, there’s consistent information.”

Some of the questions being raised by states and public health groups don’t yet have answers or are vague. For example, a Sept. 22 working group document from the CDC’s Advisory Committee on Immunization Practices included health care personnel, essential workers, people with high-risk health conditions and older adults as priority groups when vaccine doses are limited in the first phase of distribution, but said states should have flexibility to administer a vaccine “based on local epidemiology and demand.”

It’s also unclear whether additional federal funding will trickle to states for these efforts. On Sept. 23, the Department of Health and Human Services announced it would allocate $200 million to states and jurisdictions for “COVID-19 vaccine preparedness,” though one week earlier, CDC Director Dr. Robert Redfield had estimated states will need up to $6 billion to distribute coronavirus vaccines.

The CDC did not respond to a request for more information, other than to confirm states should use the agency’s playbook to submit their vaccine plans by Oct. 16.

In a letter to HHS Secretary Alex Azar on Thursday, Rep. Richard Neal (D-Mass.), chair of the House Ways and Means Committee, said $200 million “is a start but is woefully inadequate,” and without a federal plan to distribute a vaccine equitably, “we could further overwhelm local and state jurisdictions and leave marginalized communities behind.”

Meanwhile, local health departments have been largely left out of the vaccine distribution planning process and instead are waiting on details from state officials, said Lori Freeman, who heads the National Association of County and City Health Officials. That could complicate vaccine efforts, she said, because local health departments are closest to the communities they serve and know “how to reach certain elements of the population that are going to be worried about getting this vaccination.”

“It seems like history is repeating itself the same as it did for testing and tracing months ago, where the state plans were developed largely outside of local health department input,” Freeman said. “We all saw the results of that play out in real time, and it wasn’t great.”