51% oppose the president’s decision, while 35% approve 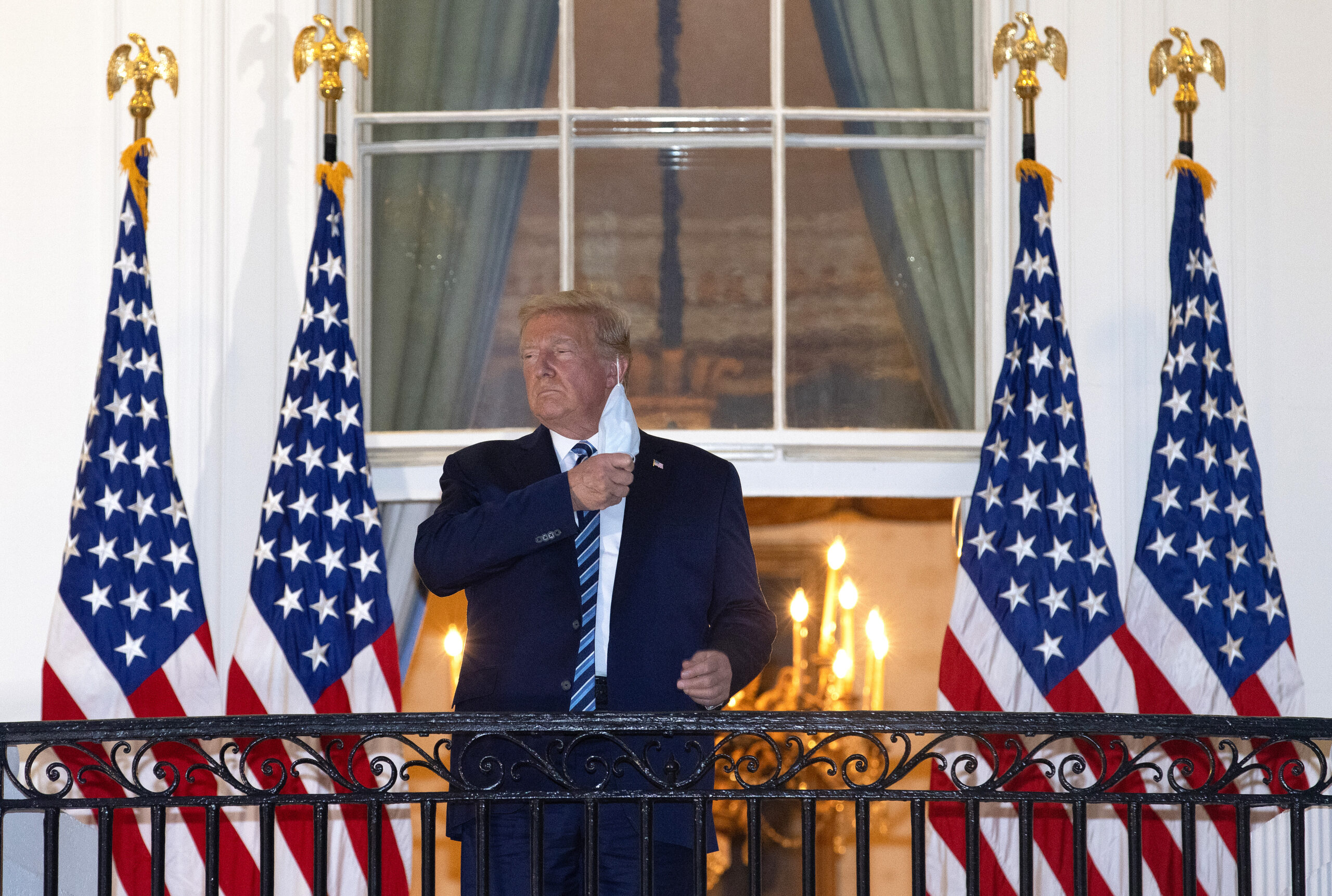 President Donald Trump removes his mask upon return to the White House from Walter Reed National Military Medical Center for treatment of symptoms from COVID-19 on Oct. 5. Trump's decision to skip the second presidential debate originally scheduled for Oct. 15 is falling flat with a slim majority of voters, according to new polling. (Win McNamee/Getty Images)
By Cameron Easley

President Donald Trump’s decision to pull out of next week’s presidential debate appeals to a small audience, according to a new Morning Consult/Politico survey.

Only 35 percent of voters in the survey, conducted Thursday after Trump said he would not participate in a virtual debate, approved of his decision, compared with 51 percent who disapproved. By contrast, 64 percent of voters backed the Commission on Presidential Debates’ move to switch the Oct. 15 town hall-style event to a virtual format, where both candidates would join remotely and Steve Scully of C-SPAN would be moderating the event with voters on standby in Miami. 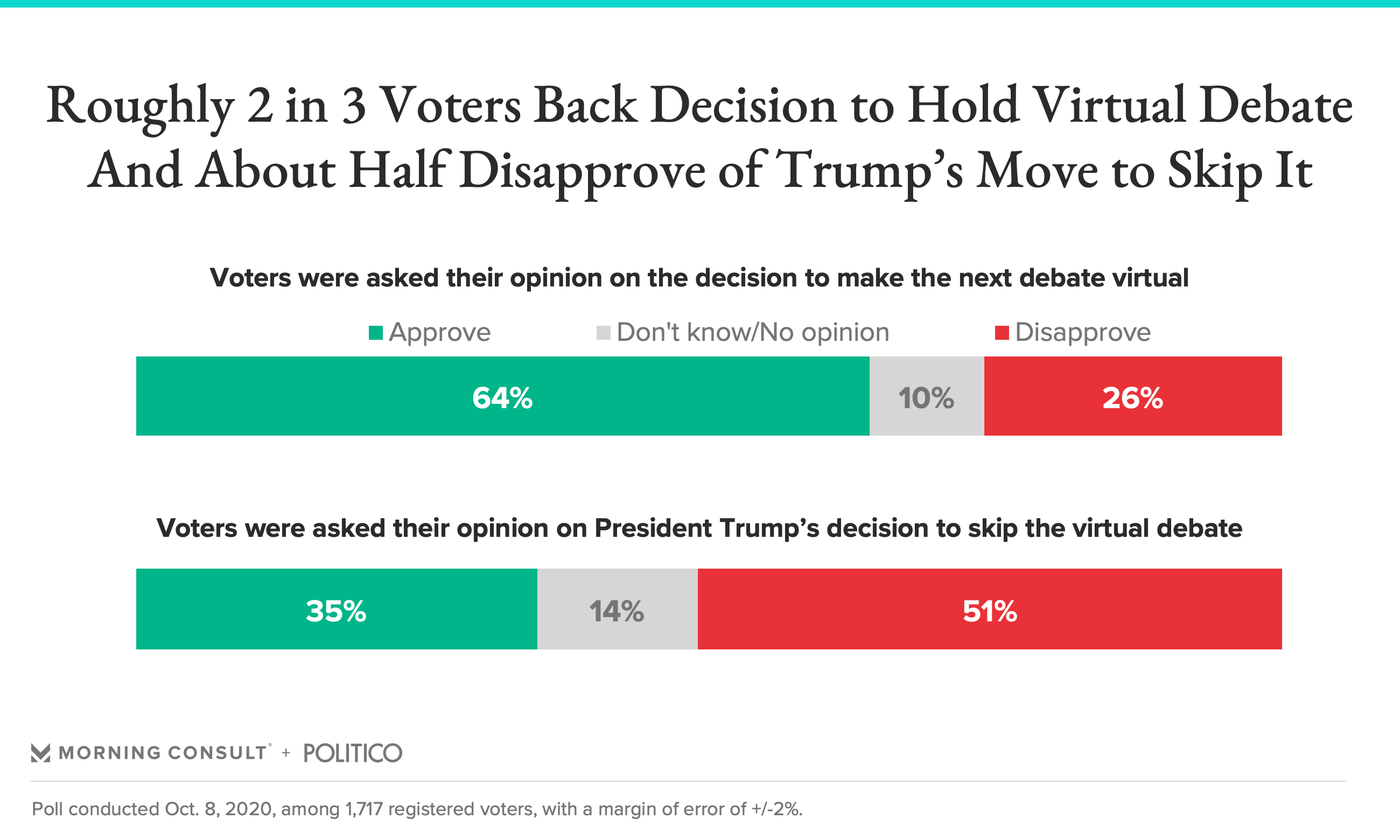 The survey of 1,717 registered voters has a margin of error of 2 percentage points.

Eighty-four percent of Democratic voters and 62 percent of independents backed the CPD’s decision to change things up as the president continues to receive treatment for his COVID-19 infection, while GOP voters were split, with 44 percent in favor and 46 percent opposed.

Sixty percent of Republicans said they approved of Trump’s decision to skip the debate, while a quarter disapproved. Three in 4 Democrats disapproved of the decision, as did half of independents.

Trump’s rejection of the virtual format appears to have put the kibosh on the event entirely, with Biden now planning on holding a town hall with ABC on that date. The Trump campaign’s call later Thursday for an in-person debate on Oct. 15 went unheeded by the commission: Its chairman, Frank Fahrenkopf, told The Associated Press that the decision to hold the debate virtually would not be reversed. He also said the final debate of the cycle, scheduled for Oct. 22, was still scheduled to go on as planned.

The president’s insistence on an in-person debate leaves him with precious few opportunities to press his case against Biden in a one-on-one setting, which he needs in the face of his large polling deficit against the Delaware Democrat.