Adults age 18-49, a key group for advertisers, are divided on the issue 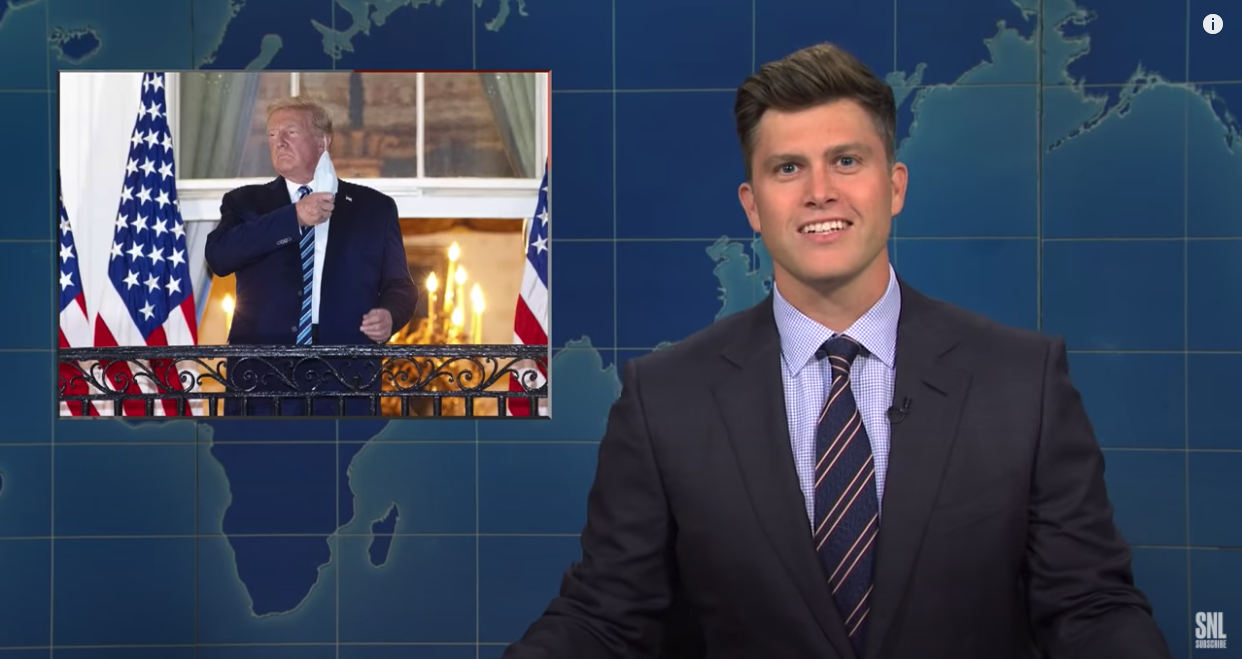 COVID-19 is not a punchline — unless you’re a late-night show in need of material.

After news of COVID-19 cases in the White House broke, programs such as “Jimmy Kimmel Live!” to “Saturday Night Live” were faced with the challenge of mining a public health crisis for jokes. New polling finds Republicans’ distaste for coronavirus humor is more emboldened than Democrats’ delight in it. 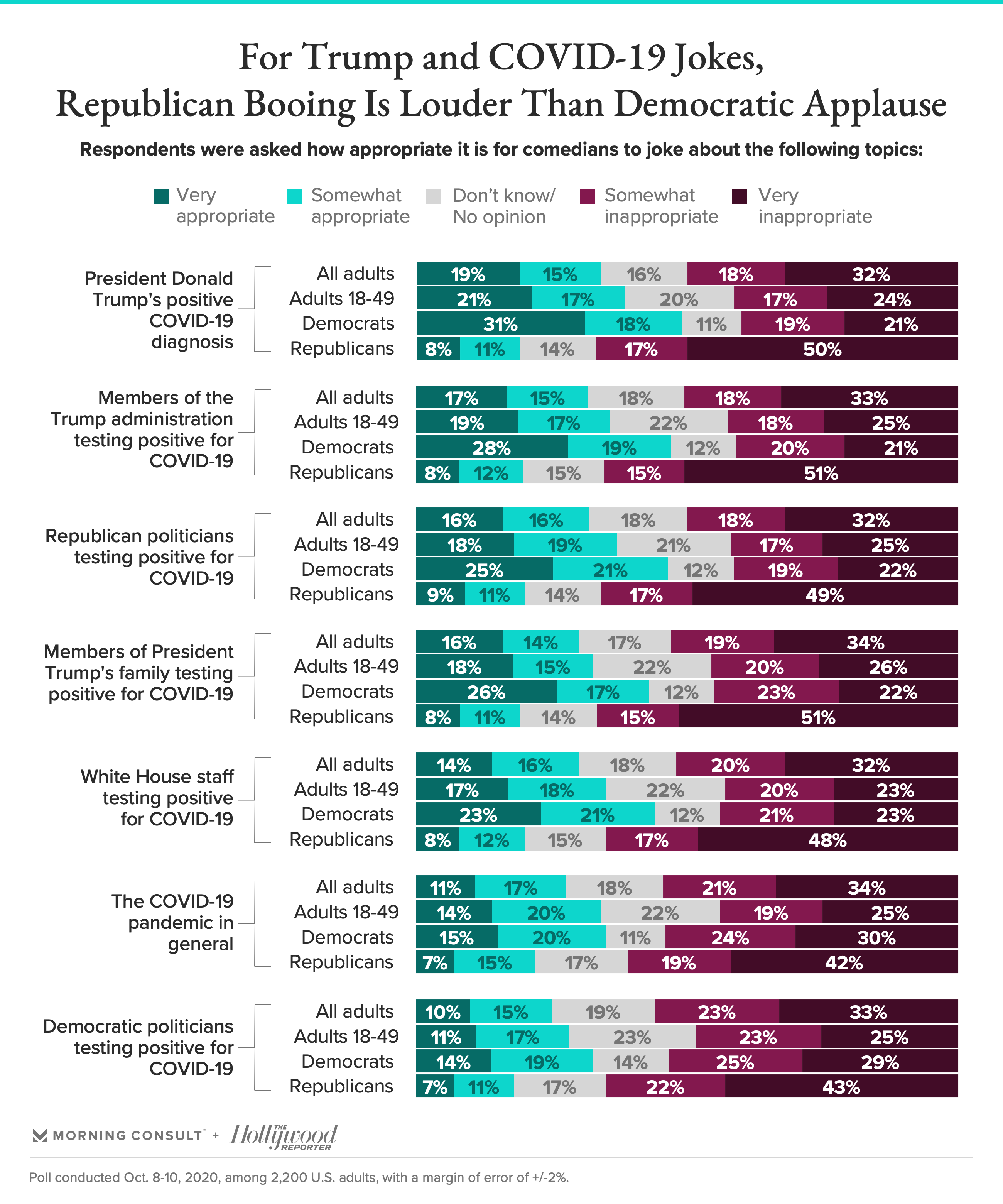 An Oct. 8-10 Morning Consult/The Hollywood Reporter poll found that roughly one-third of the 2,200 U.S. adults surveyed said it was appropriate for late-night shows to make jokes about President Donald Trump’s recent COVID-19 diagnosis, representing a combination of near polar opposite views: 49 percent of Democrats and 19 percent of Republicans said such humor was OK.

Adults ages 18-49, an important group for TV advertisers, were split: Thirty-eight percent said it was appropriate for comedians to make jokes about Trump’s diagnosis, while 41 percent felt it was inappropriate.

Related: As Jim Carrey Prepares to Play Biden, a Look at ‘SNL’s’ Most Loved Political Impressions

The Oct. 3 premiere of “Saturday Night Live,” which aired roughly 24 hours after the president and First Lady Melania Trump’s positive diagnoses were made public, did not shy away from the subject.

“President Trump’s in the hospital from COVID,” said host Chris Rock. “And I just want to say, my heart goes out to COVID.” The show’s Weekend Update segment also tackled this issue, with co-anchor Michael Che saying people who didn’t find humor in Trump being hospitalized were “obviously wrong.” And in the Oct. 10 episode, Che compared Trump’s recovery from the virus to a car crash where the “only survivor is the drunk driver.”

Related: As Election Nears, the Public Is Becoming Increasingly OK With Stars Advocating for Issues

The most recent episode also featured Kenan Thompson playing Herman Cain reincarnated as a fly on Vice President Mike Pence’s head during the vice presidential debate. Some social media users deemed the portrayal disrespectful, while others questioned why the late Supreme Court Justice Ruth Bader Ginsburg was given a more serious tribute.

Alec Baldwin, who has been playing Trump on the sketch show since 2016, took to Instagram after the premiere to defend his decision to play the president in light of his diagnosis. Baldwin said that if Trump was “really in trouble” the show would not tackle the subject.