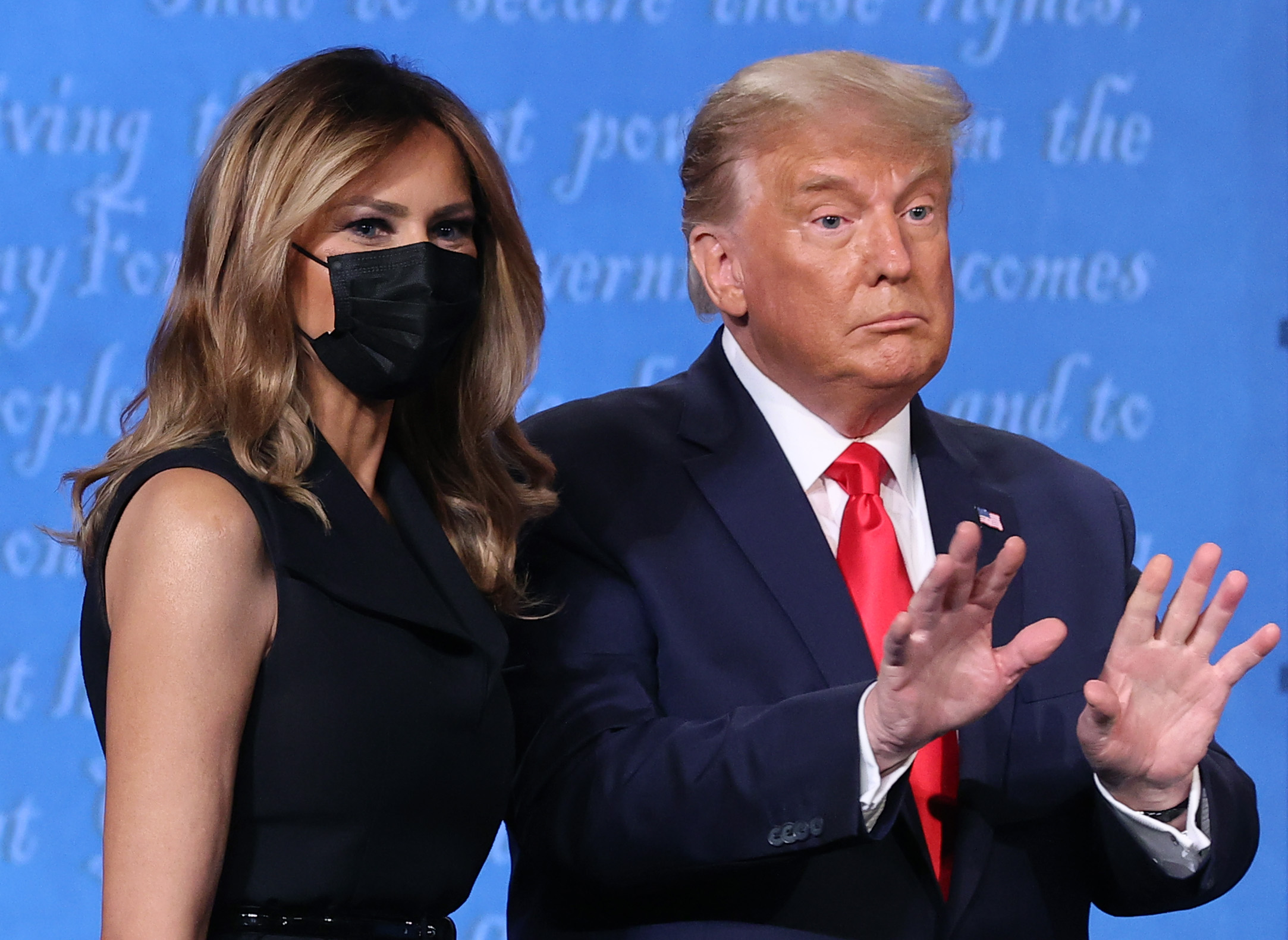 President Donald Trump said at the final presidential debate Thursday that he wants to “terminate” Obamacare, but in a Morning Consult/Politico poll conducted Friday, 28 percent of voters who watched the debate said it’s inaccurate that the president wants to cut health care coverage guaranteed by the Affordable Care Act.

Trump’s comments came after debate moderator Kristen Welker of NBC News asked Trump and Democratic challenger Joe Biden how they would handle health care coverage if the Supreme Court invalidates the entire ACA in a lawsuit backed by the Trump administration. Trump said he would offer a “brand new, beautiful health care” replacement plan once the law falls and said he would protect health coverage for pre-existing conditions, though these protections are already enshrined in law through the ACA, and Trump has repeatedly promised a replacement plan that has yet to surface. 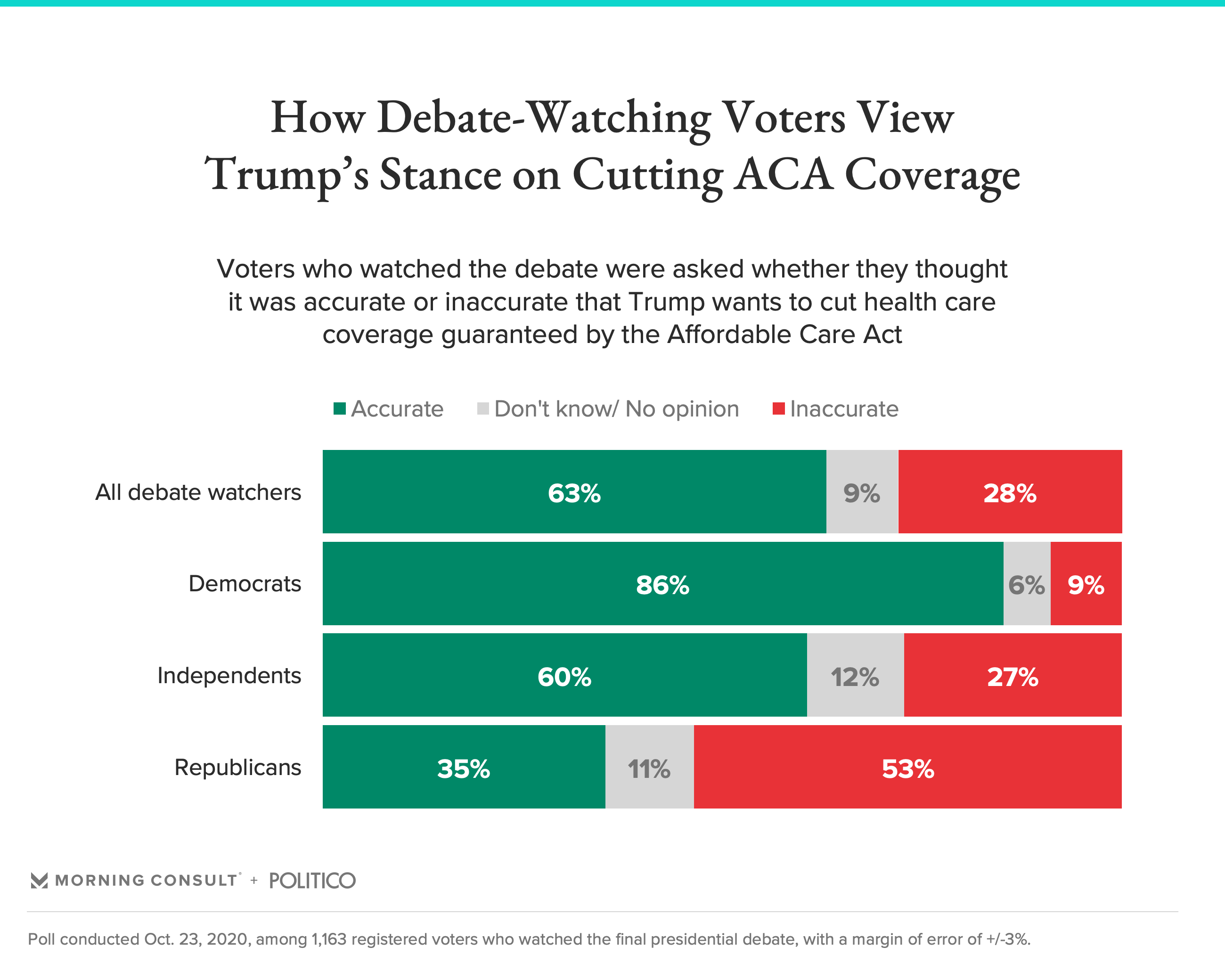 Three in 5 independents said it’s accurate to suggest Trump wants to cut ACA-guaranteed coverage, while 27 percent said it isn’t and 12 percent didn’t know or had no opinion.