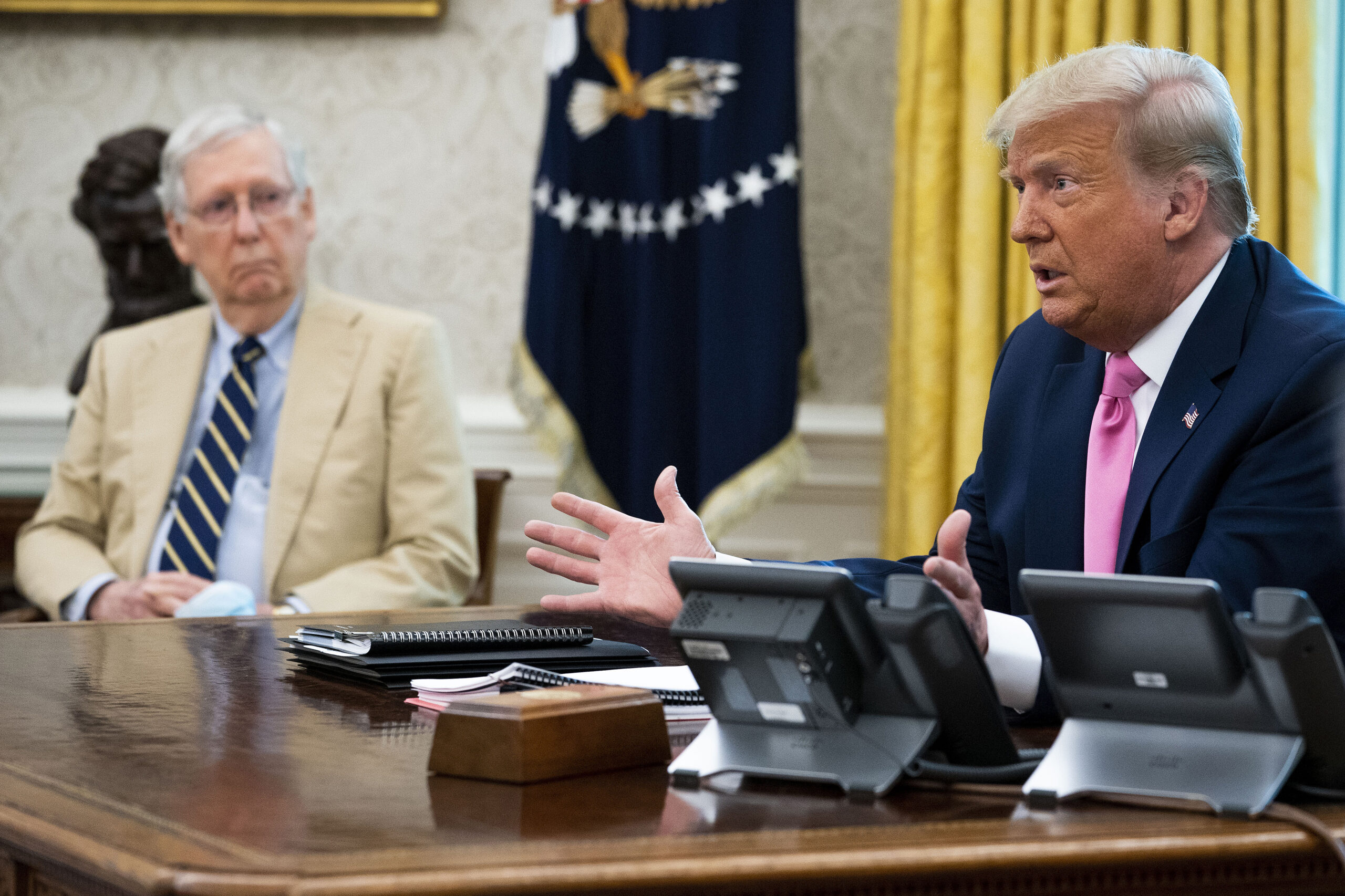 Senate Majority Leader Mitch McConnell (R-Ky.) listens to President Donald Trump talk to reporters about economic stimulus amid the coronavirus pandemic in the Oval Office of the White House on July 20, 2020. A Morning Consult/Politico poll found that 45 percent of voters blame Trump and Republicans in Congress for the inability to reach a deal on a new round of stimulus, while 40 percent say Democrats in Congress are at fault.(Doug Mills/Getty Images)
By Claire Williams

The chances of an economic relief package passing before Election Day are slim to none with the Senate leaving Washington this week, meaning that many voters will cast their ballots without knowing the fate of future unemployment benefits and stimulus payments that have helped buoy the economy so far during the coronavirus pandemic.

By a slim margin, voters are putting the blame on Republicans and the president for the stalled talks, according to new Morning Consult/Politico polling. 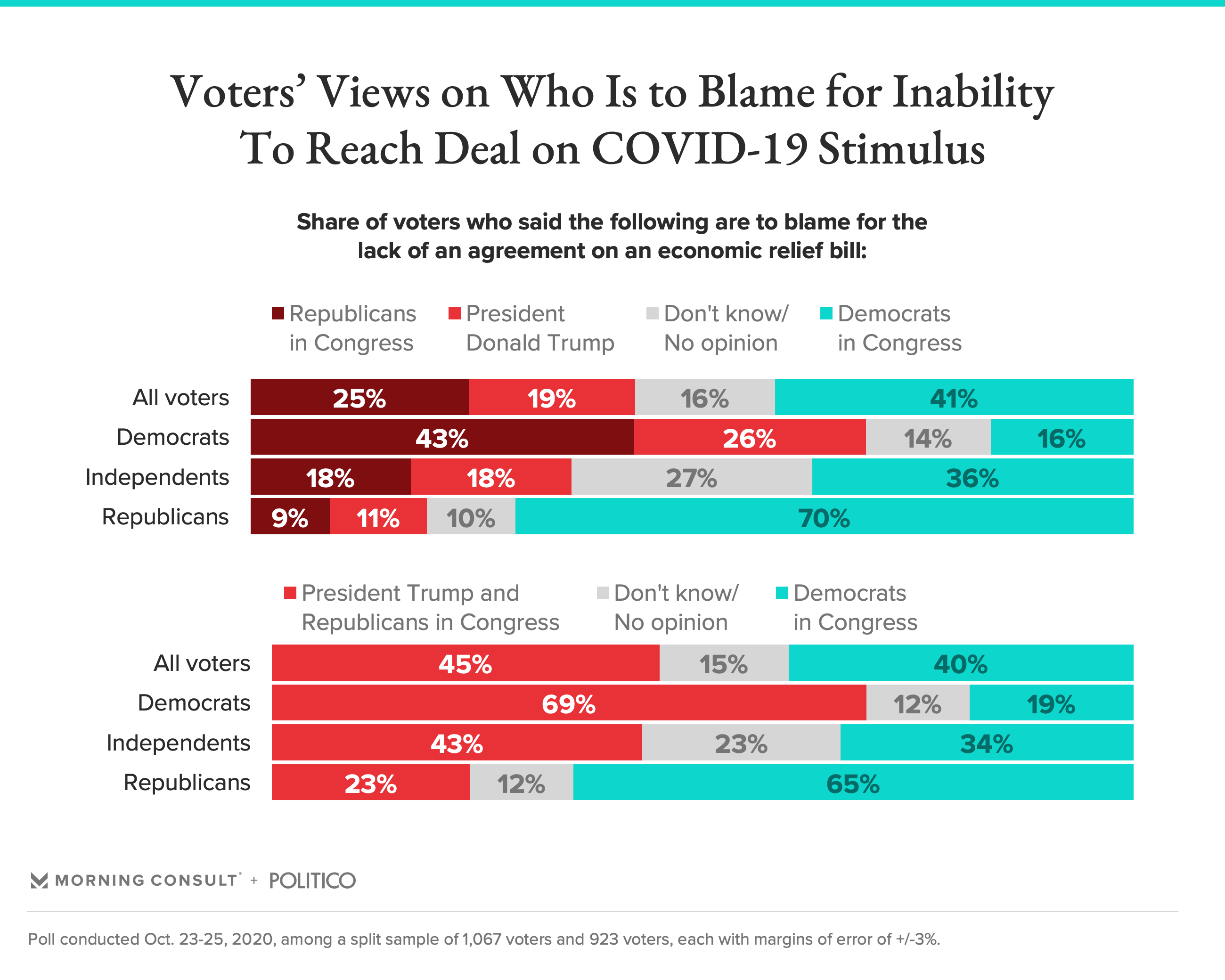 Forty-five percent said that President Donald Trump and Republicans in Congress bear the responsibility for the collapse in stimulus talks, compared with 40 percent who said Democrats in Congress are at fault.

Independents tended to say that Republicans in Congress and Trump shoulder the blame at 43 percent, compared with 34 percent who said congressional Democrats.

Related: Consumer Confidence Among Obama-Trump Voters in Swing States Has Taken a Dive Throughout the Pandemic

Among GOP voters, blame for the stimulus stalemate was split between their party’s legislators and Trump within the margin of error, with 9 percent saying that Republicans in Congress were at fault and 11 percent saying the same about Trump.