Biden Has an Advantage Among Unemployed Voters, but How That Impacts the Election Is Complex 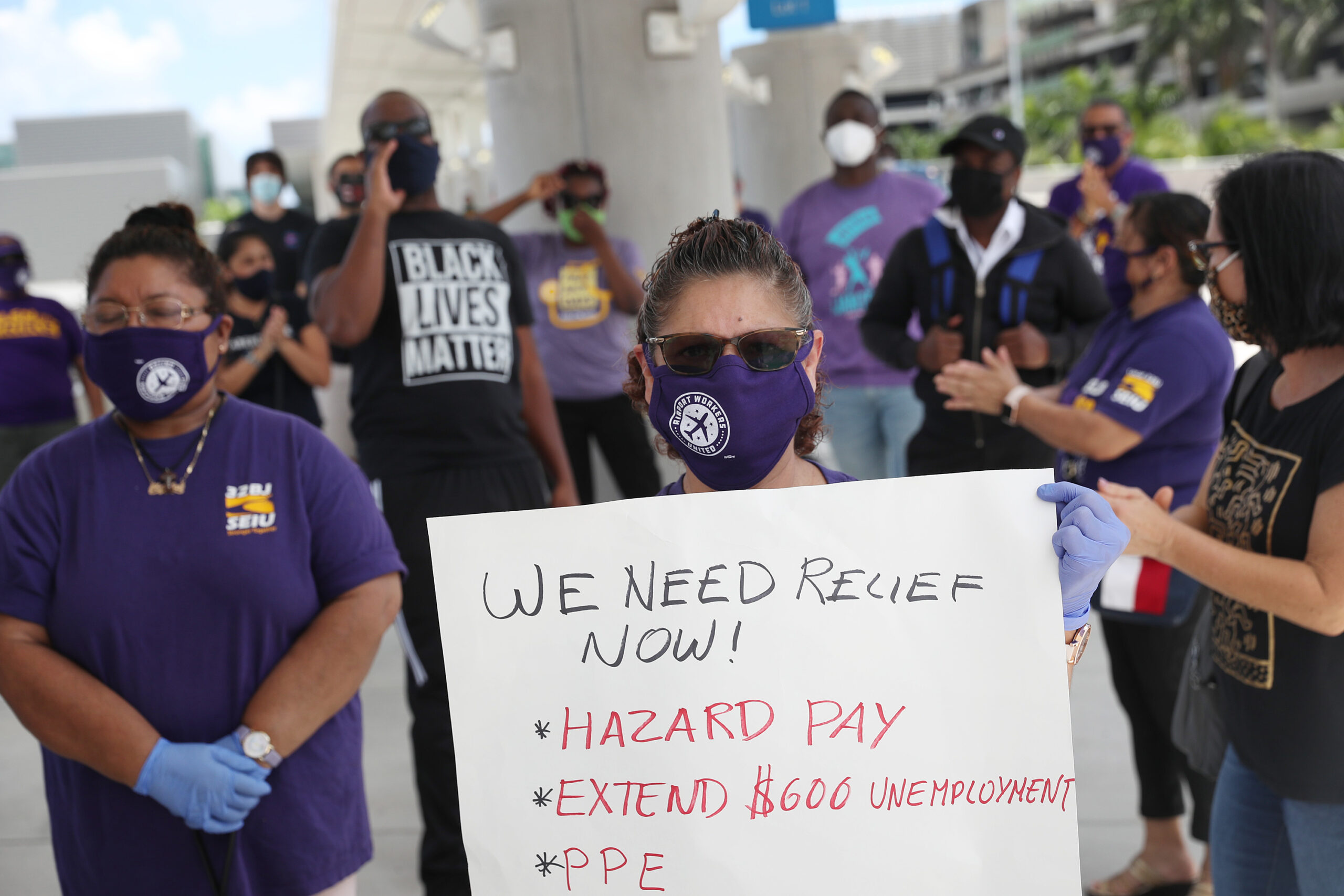 Unemployed airport workers, the Black Lives Matter Alliance of Broward and other supporters protest for economic relief at the Fort Lauderdale-Hollywood International Airport on Aug. 13, 2020, in Fort Lauderdale, Fla. According to Morning Consult Political Intelligence data, Biden has led Trump among unemployed voters by a wide margin since May. (Joe Raedle/Getty Images)
By Claire Williams

As the race between President Donald Trump and former Vice President Joe Biden approaches the finish line this week, the Republican incumbent is repeatedly pitching what his campaign seems to believe is one of its strongest points: Jobs and the economy were strong during most of his first term.

But the picture on jobs and the electorate is far more complicated, and the economic turmoil brought by the coronavirus pandemic has muddied many of the conventional assumptions around electoral outcomes and economic strength. With unemployment sky-high compared to where it was last year, jobs could be the most important economic issue that voters remember in the ballot box — to the president’s detriment. 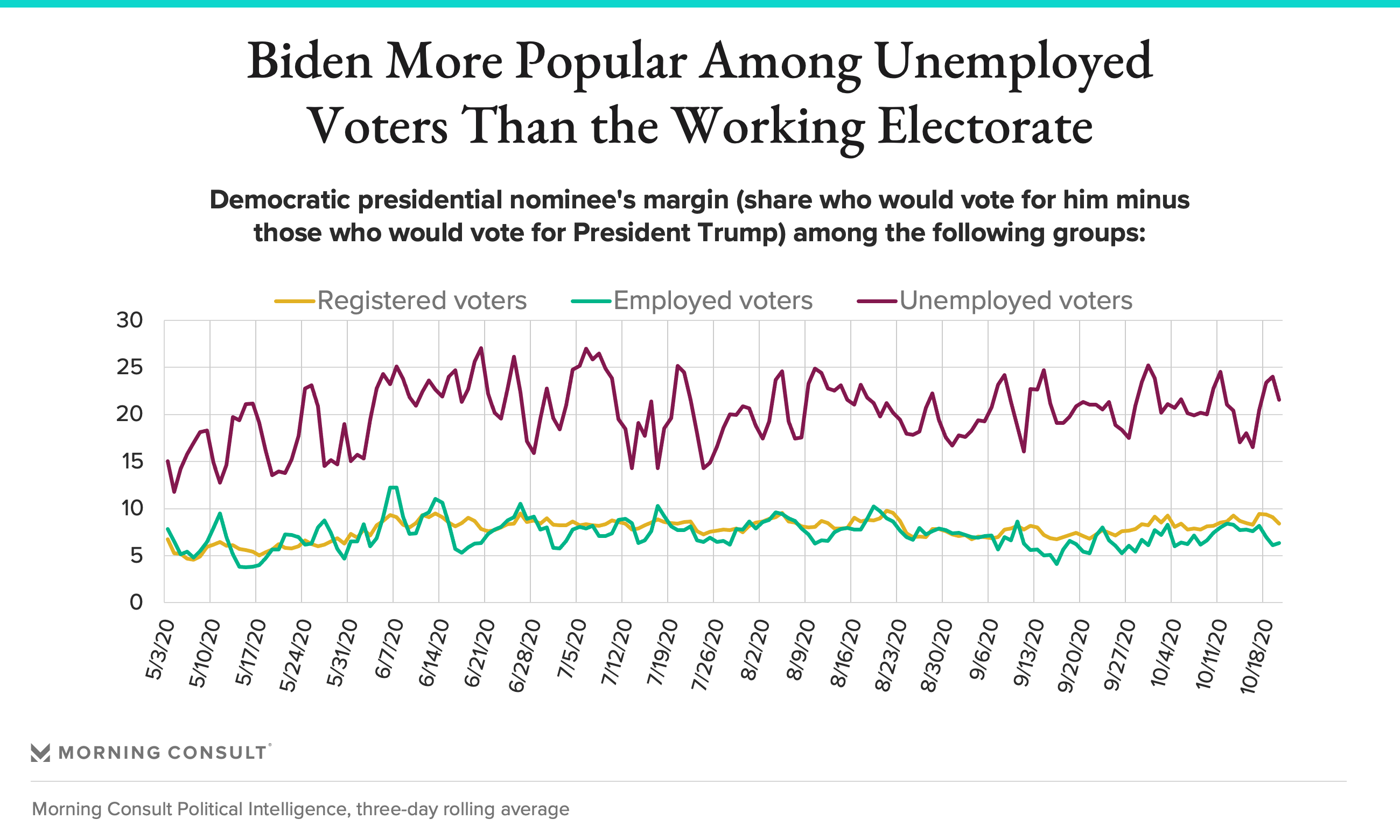 The advantage Biden holds with unemployed voters makes a certain amount of sense, given the rhetoric between the two campaigns: Biden has focused his economic message on helping low-income or otherwise disadvantaged people, drawing a contrast with Trump, who the Democratic challenger has said is only trying to help the wealthiest Americans.

Democrats typically have an edge when unemployment is high: A 2012 study published in the American Political Science Review found that unemployment and the Democratic vote tend to move together in presidential and gubernatorial races, and that the effect is strongest when Republicans are in control.

But that perceived advantage may largely be a function of demographics:  The Democratic Party has a higher share than the GOP of Black voters, who have a higher unemployment rate than white voters (currently, a seasonally adjusted 12.1 percent of Black Americans are unemployed, compared to 7 percent of white Americans). In other words, Biden may be largely favored by unemployed voters simply because his supporters are more likely to be unemployed right now, rather than unemployment having an impact on how someone votes. 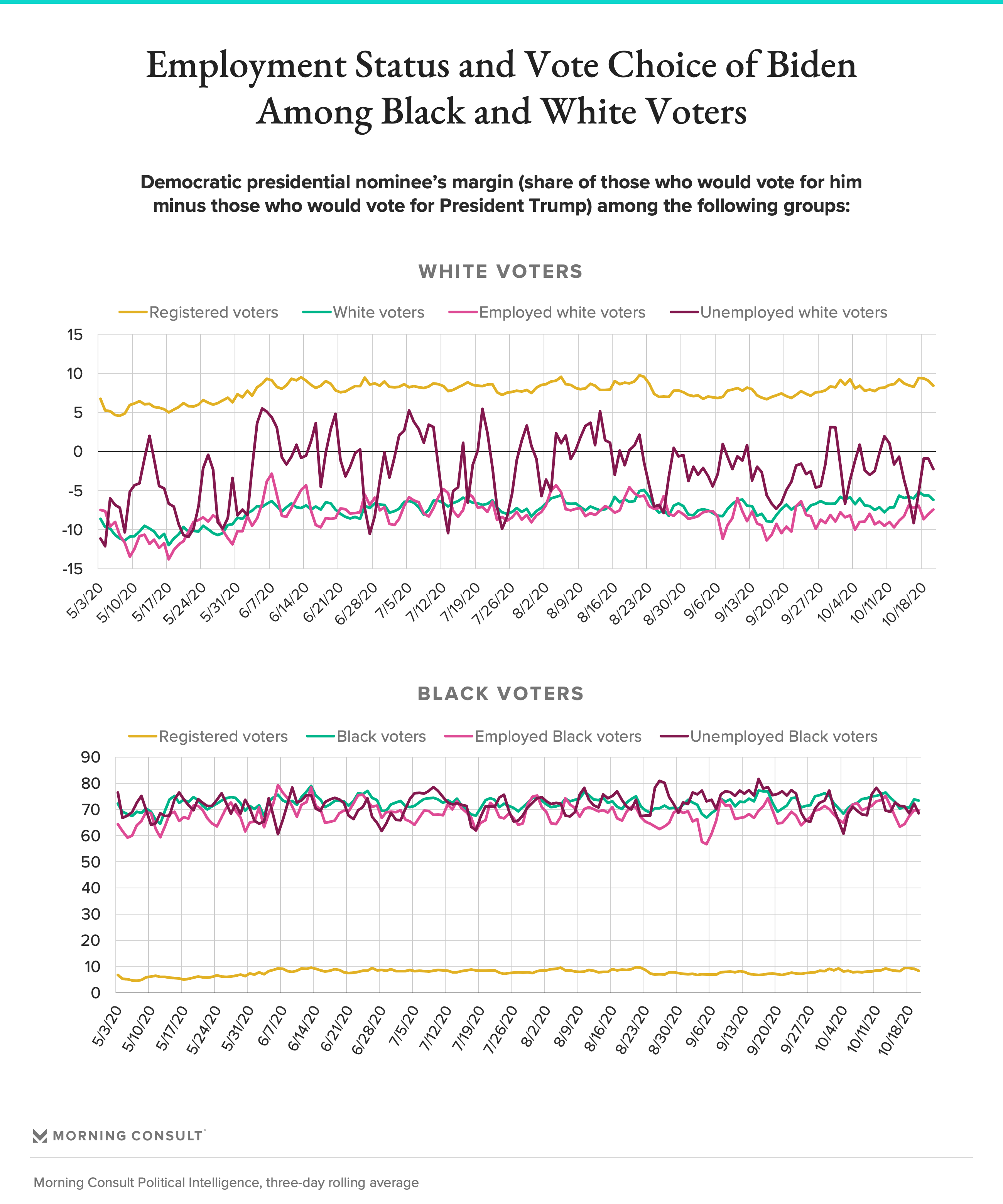 The data seemingly complicates the narrative that unemployed, white and economically disillusioned voters are turning solely to Trump, showing instead that Biden’s economic message could be resonating with poor whites. Unemployed white voters are still split when it comes to this election; when asked how they would vote if the election was held today, 48 percent said they’d vote for the president and 45 percent said Biden. The margin of error for that sample of voters is 3 percentage points.

The difference narrows further when looking at political parties. 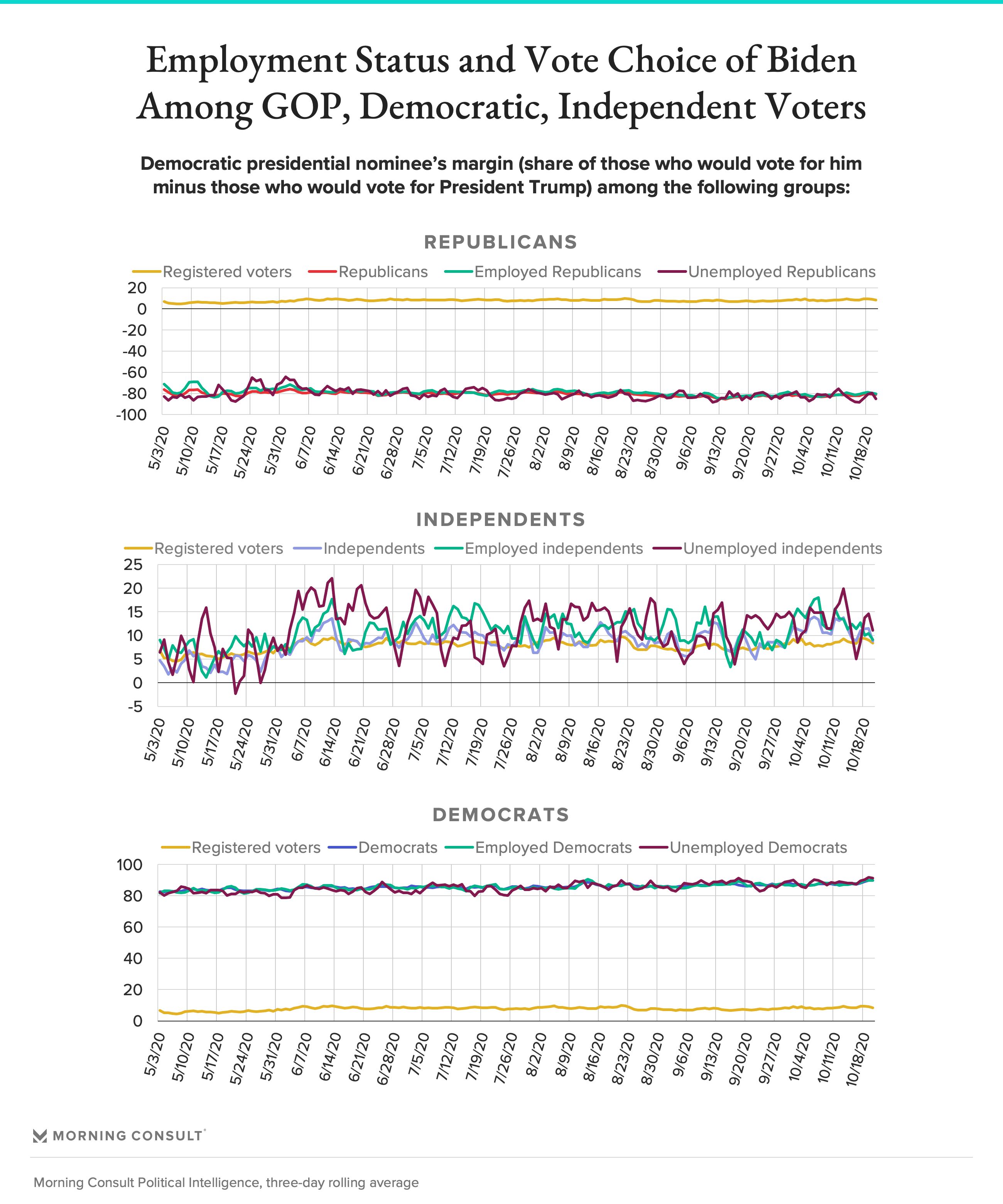 Similarly, independents trend consistently with registered voters overall, with no significant difference between the employed and unemployed.

The data was pulled from Morning Consult Political Intelligence, which surveyed between roughly 10,000 and 19,000 registered voters daily on a three-day rolling basis. About 4,700 to 9,000 of those were employed, while 1,000 to 1,900 were unemployed. The unemployed voters cohort does not include those who said they were retired, students or homemakers.