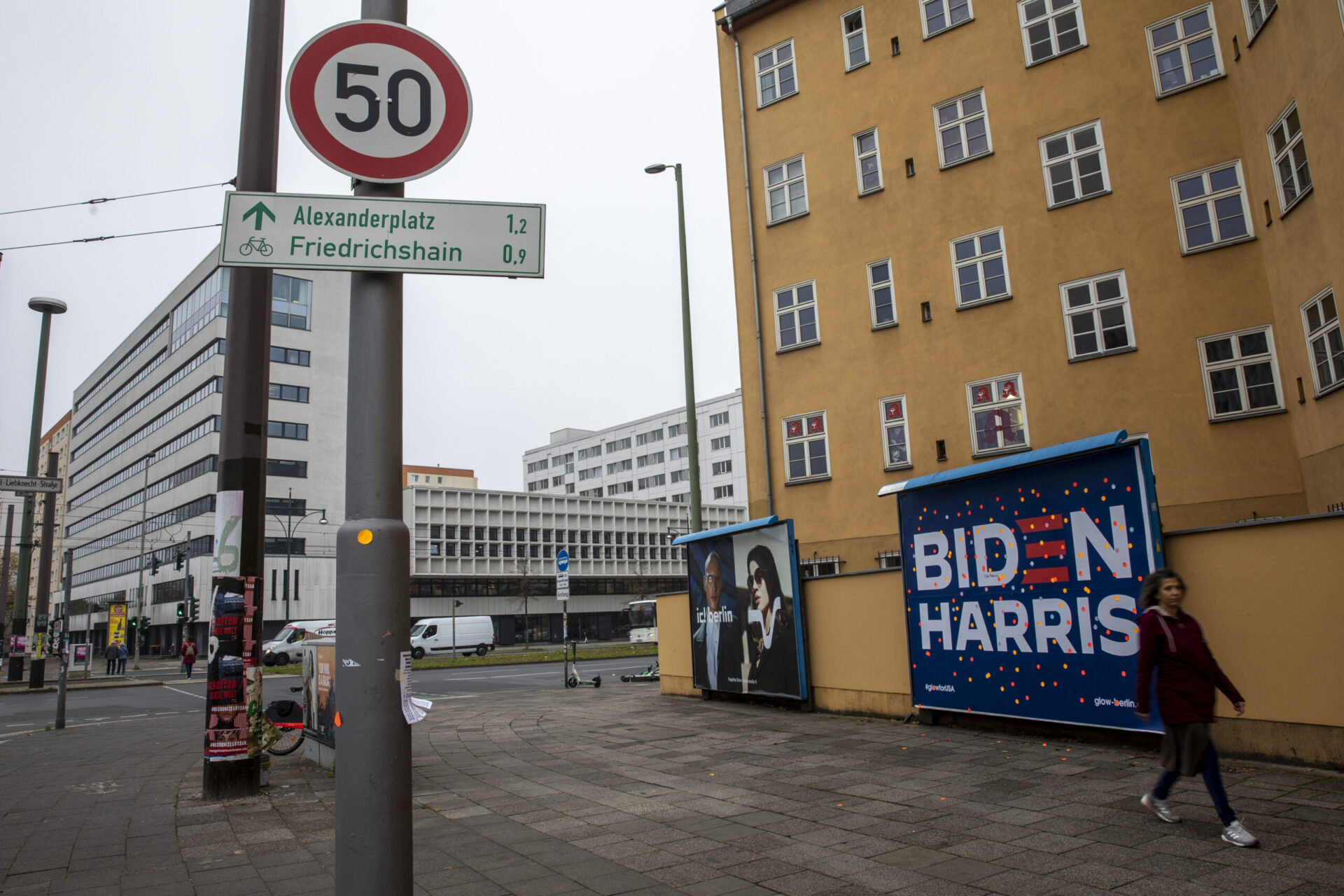 “The reception and welcome we’ve gotten around the world from our allies and our friends has been real,” he said from Wilmington, Del., on Tuesday. “I feel confident that we’re going to be able to put America back in the place of respect that it had.”

Morning Consult Political Intelligence polling conducted abroad suggests Biden’s election is already making those inroads, especially in Europe: Comparing responses gathered Oct. 3-Nov. 2 and Nov. 8-10, the United States’ net favorability — the share of people with favorable views minus unfavorable views — improved by an average of 22 percentage points among five of its European allies — France, Germany, Italy, Spain and the United Kingdom — with 42 percent expressing both favorable and unfavorable views in the latest tracking. 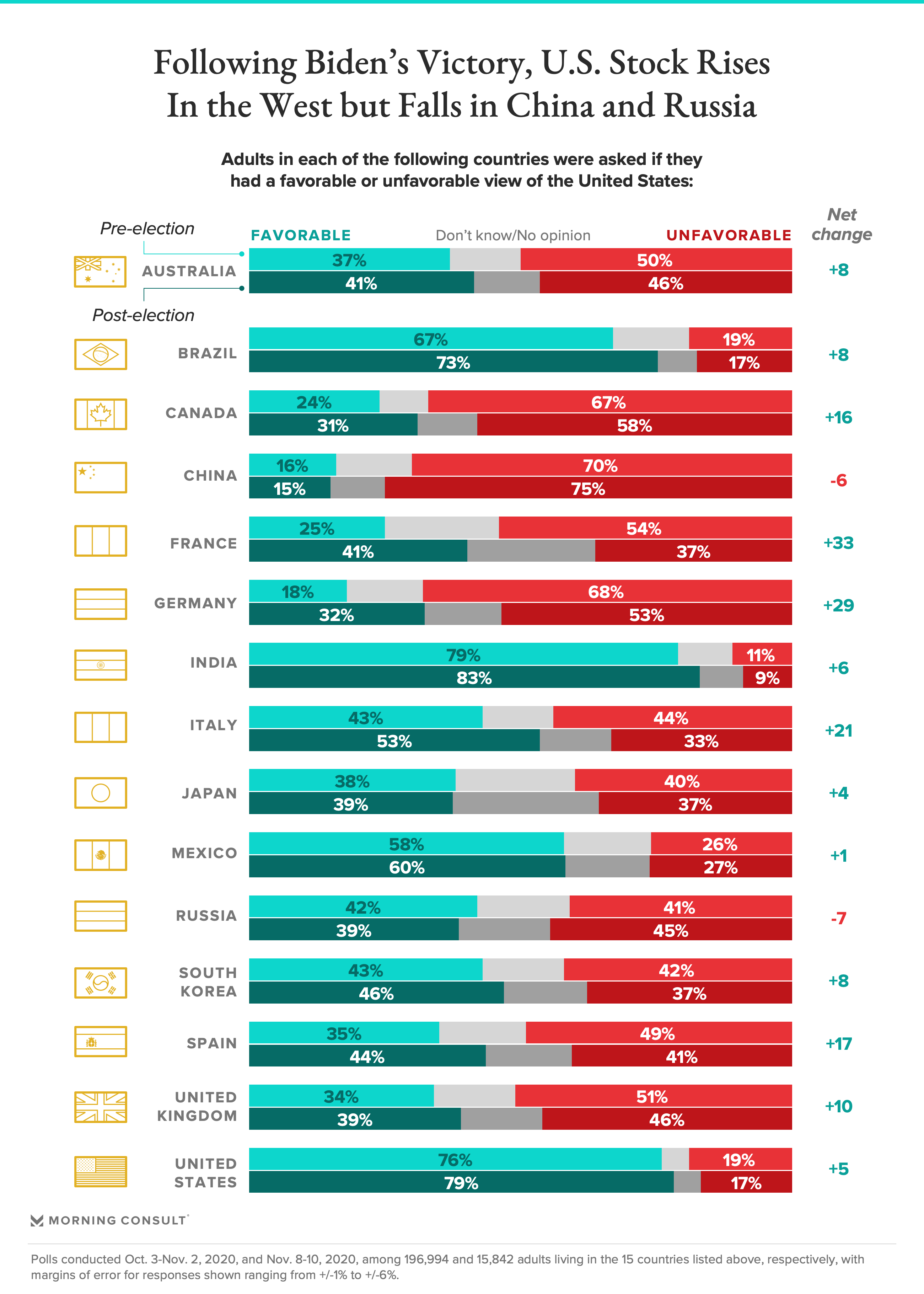 The biggest improvements on the continent came in France, where 41 percent of adults now view the United States favorably, up 16 points since before the election, while 37 percent view it unfavorably, down 17 points. In the United Kingdom, the share with favorable and unfavorable views moved 10 points America’s way, with 39 percent expressing positive opinions and 46 percent expressing negative opinions.

Closer to home, U.S. net favorability improved by 16 points in Canada, though perceptions  remained 27 points underwater, with 31 percent viewing it favorably and 58 percent having an unfavorable view. Among adults in Mexico, whose leader has not congratulated Biden for his victory, views went mostly unmoved: 3 in 5 Mexicans have favorable opinions of the United States, while 27 percent have unfavorable opinions.

Like Mexico, views about the United States were similarly stable in India, with whom Trump has sought to strengthen ties, and Japan, which sees promise in Biden’s posture toward China.

Russia and China were exceptions to the rule. America’s net favorability fell a respective 7 and 6 points in those countries following Biden’s victory.

The United States has long had testy relations with both countries, most recently highlighted by Russia’s invasion of Ukraine in 2014, its misinformation campaign around the 2016 election and disputes between the United States and China on issues ranging from human rights to trade. They were both the subject of campaign fodder, with Biden criticizing Trump for his coziness with Russian President Vladimir Putin and the president casting his Democratic rival as weak on Beijing.

The leaders of both countries — which U.S. intelligence agencies have said sought to interfere in the 2020 contest, China to hurt Trump and Russia to help him — held back on offering messages to congratulate the president-elect as the incumbent Republican has refused to concede, pointing to the unofficial nature of the results. On Friday, China congratulated the president-elect, but Russia still has not commented.

At home, some Americans are seeing a slightly better picture in the mirror: 79 percent of U.S. adults view the country favorably, up 3 points, while 17 percent view it unfavorably, down 2 points.