COVID-19 Vaccines Are Making Progress. The Public’s Willingness to Get One Is Mostly Unchanged

In light of promising news on Pfizer vaccine’s efficacy, just over half of the public says it would get one 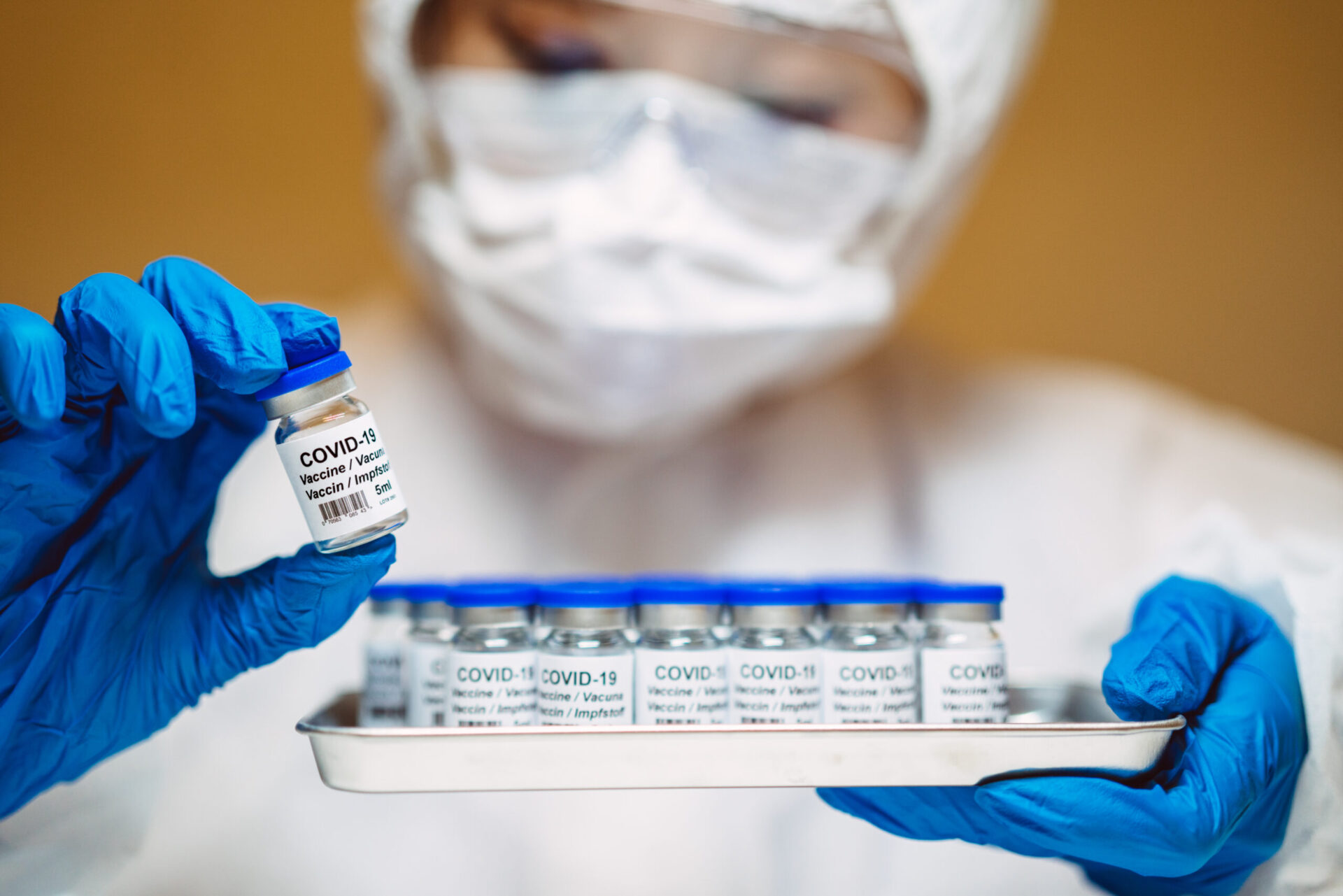 The first coronavirus vaccines could soon be rolled out to high-priority groups and the public, but whether Americans will be willing to get vaccinated is another question.

Pharmaceutical giants Pfizer Inc. and BioNTech SE announced promising early results for their coronavirus vaccine candidate on Nov. 9: It was more than 90 percent effective compared with the placebo, far exceeding researchers’ expectations. Federal health officials said Friday that if vaccines are authorized by the Food and Drug Administration, millions of doses could be available in a matter of weeks.

Yet roughly half of Americans remain split about whether they would get a potential coronavirus vaccine, according to a Morning Consult survey conducted Nov. 12-14, which found 52 percent of adults said they would, up just 3 percentage points from the week before. Just under half of people said they either wouldn’t get a vaccine (23 percent) or didn’t know or had no opinion (24 percent). 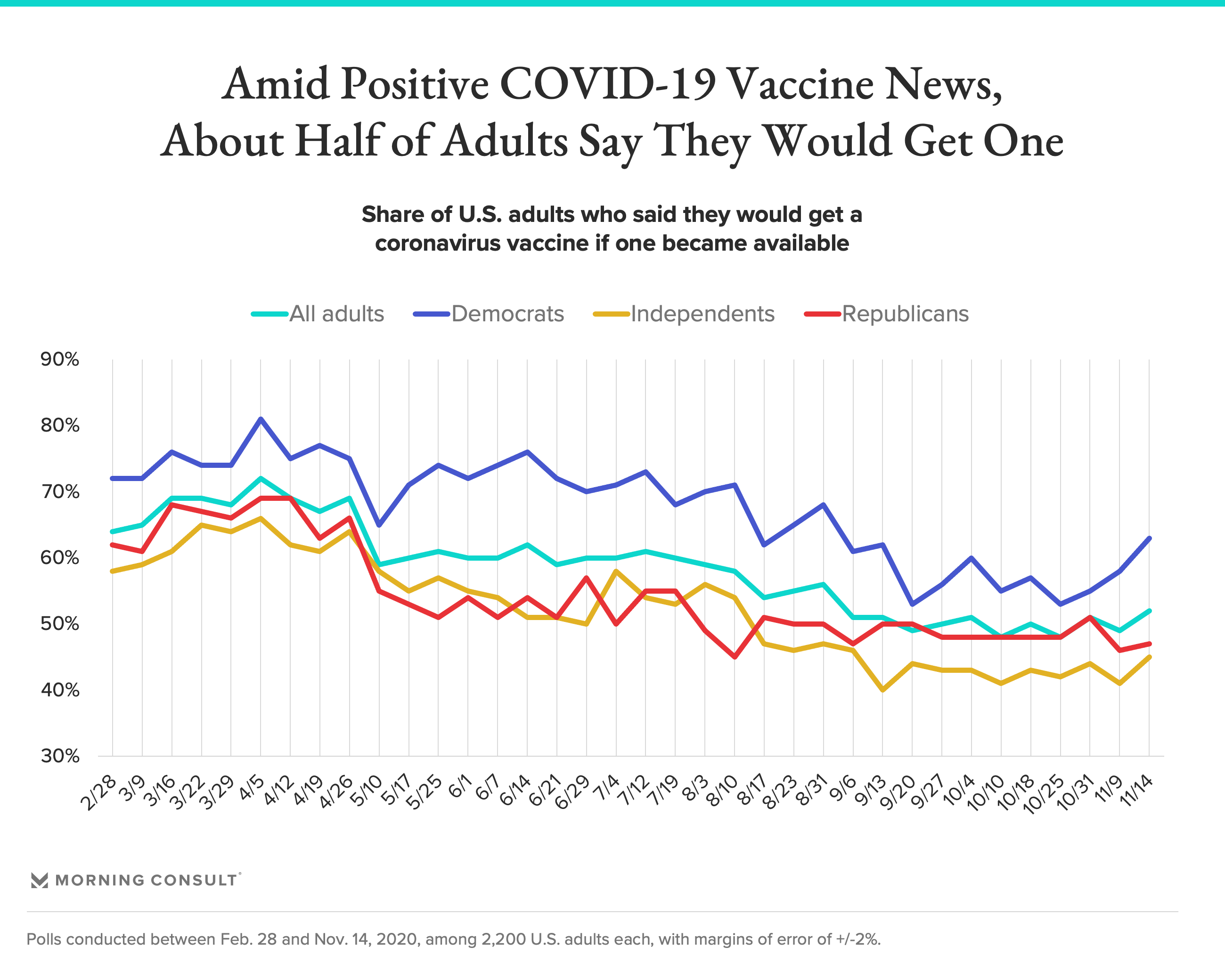 While the 52 percent figure represented the highest level of vaccine willingness since the end of August, it has hovered around 1 in 2 adults since the beginning of September. That’s despite the federal government and the scientific community promoting eventual vaccines as a critical tool in the fight against COVID-19.

The share of Democrats who said they’d seek a vaccine rose to 63 percent from 58 percent the week before, while that share remained relatively level among Republicans, at 47 percent, and rose to 45 percent from 41 percent among independents. The latest survey was conducted among 2,200 adults and has a 2-point margin of error.

Scientists and public health professionals say improving vaccine confidence will be crucial to getting millions of Americans immunized, and that the incoming Biden administration will need to make an effort to reach communities that are vaccine hesitant.

For some, the science may speak for itself. On Monday, Moderna Inc. said its vaccine hopeful was 94.5 percent effective, and while questions remain about how long the vaccines will protect people from illness and how they’ll be distributed, Dr. Anthony Fauci, the nation’s top infectious disease expert and the person most trusted on COVID-19 vaccines, called the early results “truly striking” on a call with reporters.