In a Shift, We’re Becoming More Cognizant of the Obstacles Women Face in Their Own Workplace 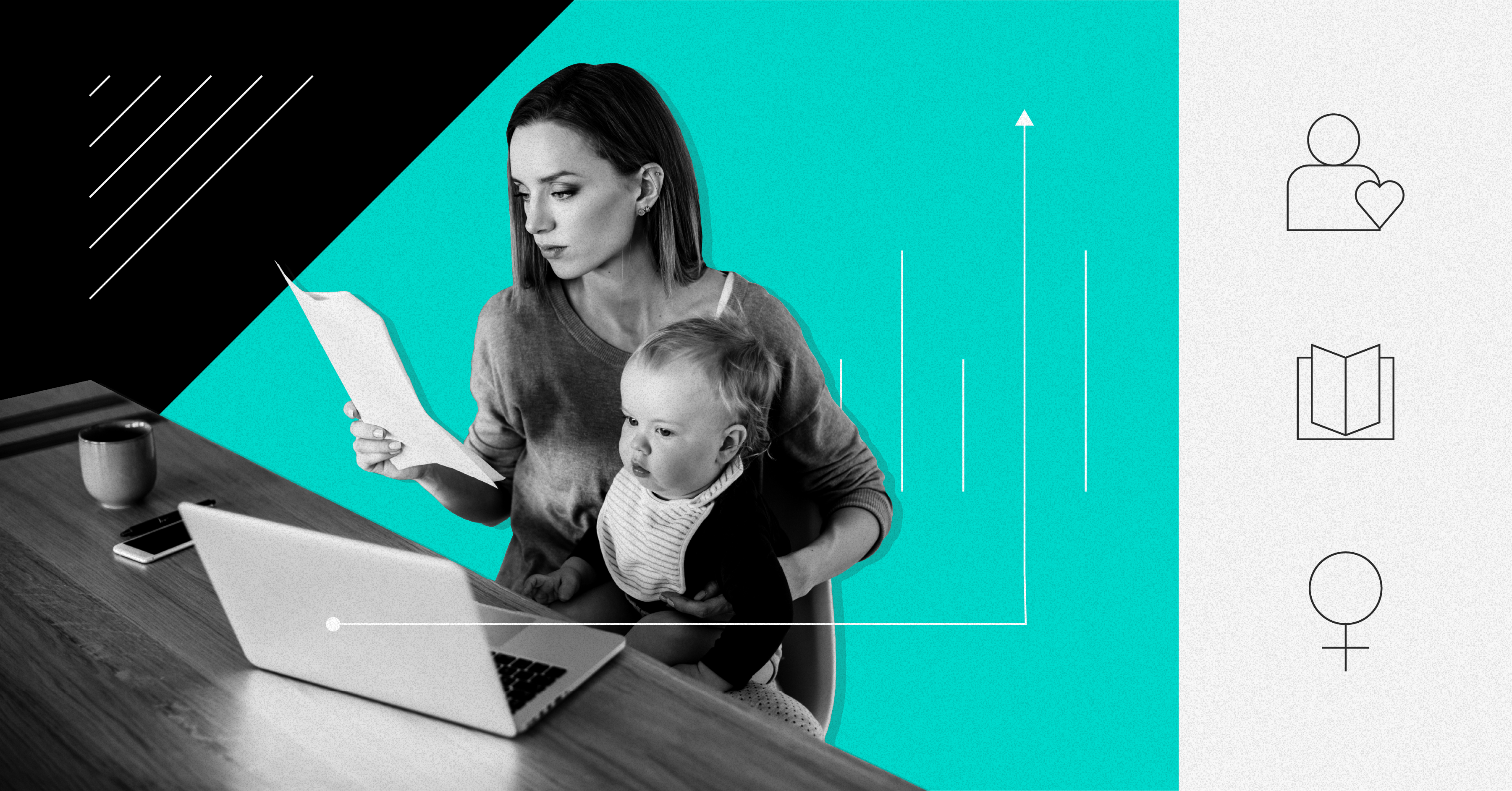 In a year like 2020, it’s especially easy to point to the world and acknowledge that there are problems that should be solved. It takes a bit more self-awareness and reflection to be able to look at our own communities and say the same.

A Morning Consult survey in partnership with ASCEND last year sought to explore attitudes on potential challenges women could face in the workplace, and showed a slice of this cognitive dissonance: People were willing to concede that women faced obstacles such as sexual harassment or inflexible work conditions in society, but not necessarily within their own company or industry.

In a little over a year, there has been a shift in those views. 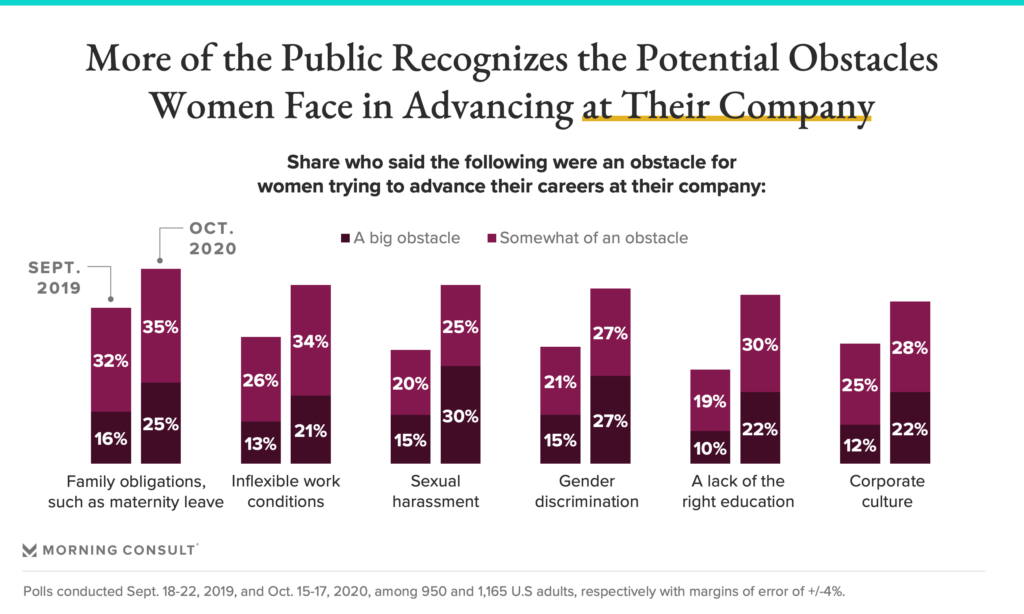 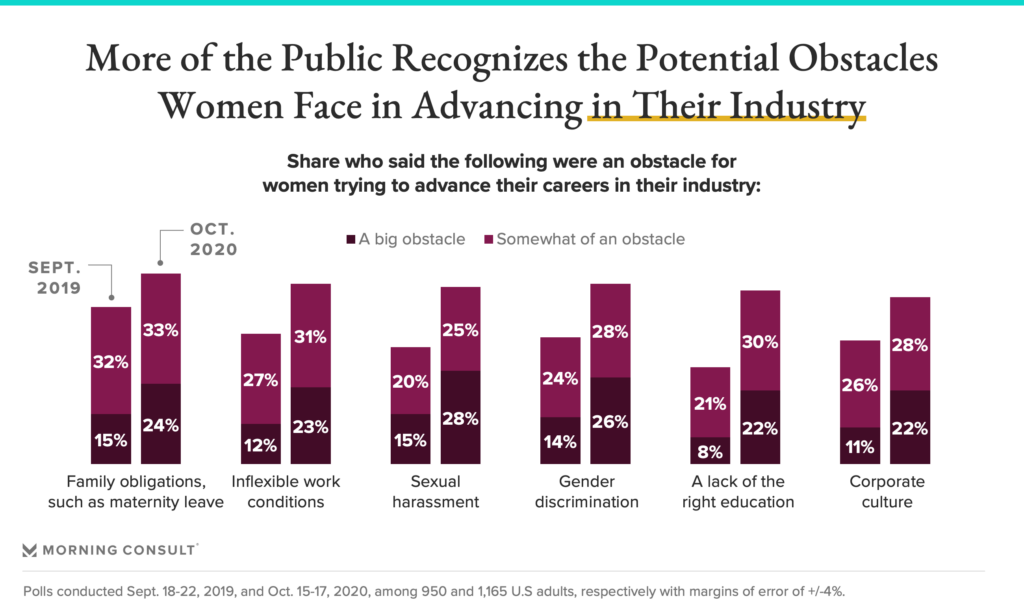 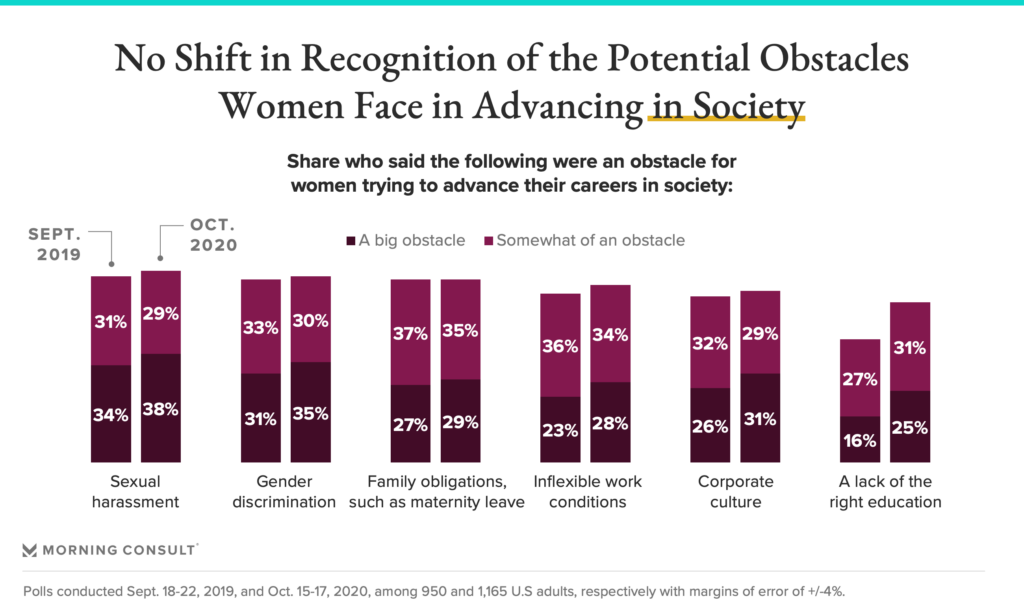 The public is still more likely to say things such as “corporate culture” create challenges for women in society overall (60 percent) than they are to say within their industry (50 percent) or organization (50 percent), but the latter two represent an increase of 13 percentage points since September 2019.

That double-digit jump is seen across every obstacle listed in the Oct. 15-17 poll. The change represents an end, for many, of disassociation on the challenges their female coworkers or colleagues face.

Working parents in 2020 faced all sorts of new pandemic-induced hardships that many say will set women back in the progress they’ve made in the boardroom: Social pressures that women face meant they had to balance being an executive, a mom and a tutor.

It’s likely that the new remote-working life has increased the transparency of women’s multitasking, creating more awareness of the roadblocks they could face in the workplace.

Neither men nor women are solely responsible for this shift in mentality, and what is notable is that the increase in awareness in 2020 is due to more respondents changing their minds on the issue, rather than more noncommittal respondents forming an opinion, which is often seen in public opinion polling.

Who has professional opportunities 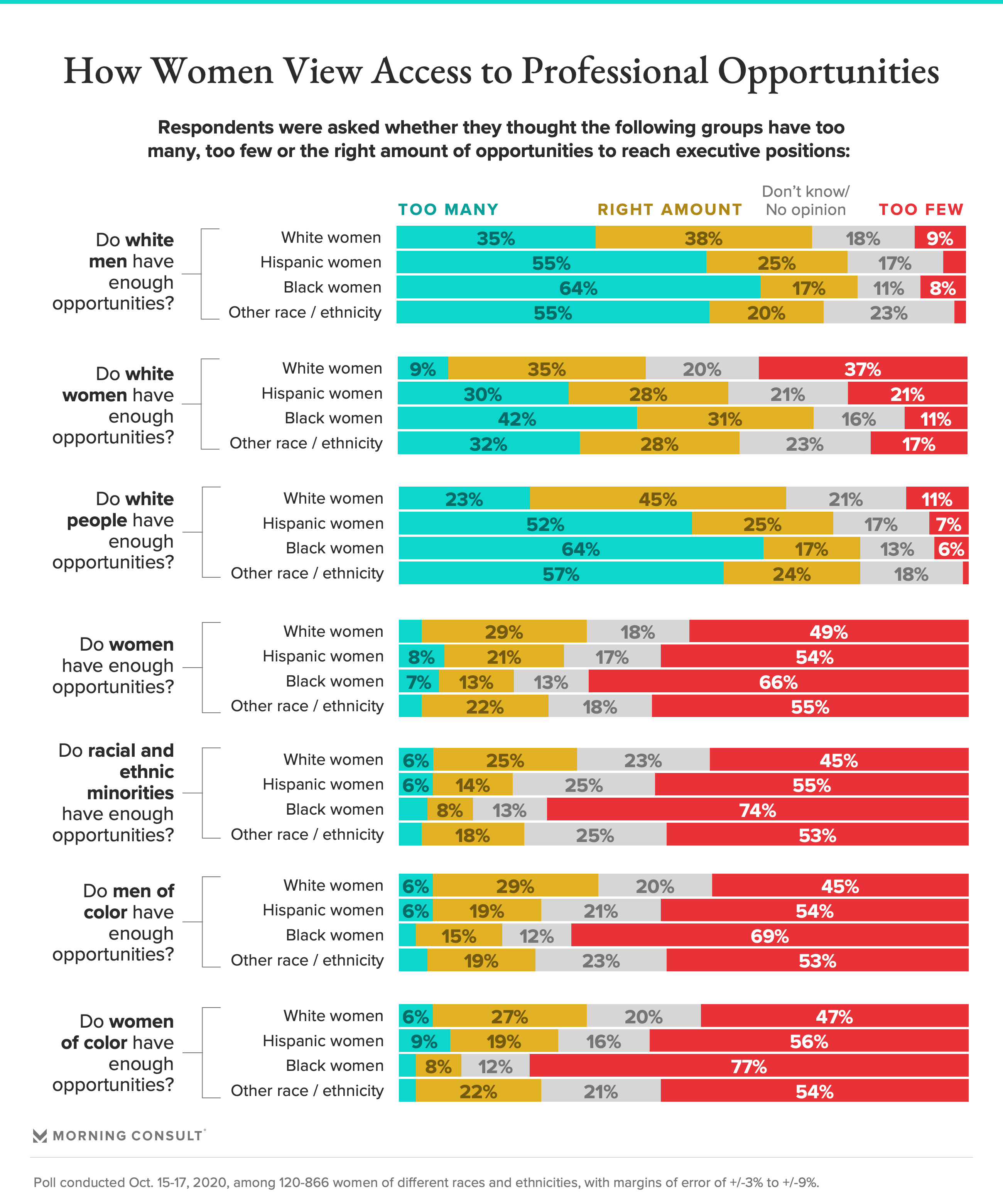 Although the public is more willing to recognize the challenges women could face in the workplace, the same Morning Consult trend data shows no change in the perceptions of certain groups’ access to opportunities.

That said, differences on the issue materialize in the most recent poll among women of different races and ethnicities.

For example, 35 percent of white women say white men have “too many” opportunities to reach executive positions, smaller than the share of Hispanic women (55 percent), Black women (64 percent) and women of a different race or ethnicity (55 percent) who say the same.

This pattern continues when women are asked about the opportunities available to white women and white people in general.

Related: What the Public Wants From Its CEOs in 2020

And white women are about as likely to say white men have “too many” spaces to ascend in the workplace as they are to say they have “the right amount.”

The overwhelming majority of people in management occupations in the United States are white, according to the U.S. Census Bureau’s most recent statistics. In 2019, 83.6 percent who held such roles identified as white, while 40 percent were women.

Those positions become more homogeneous when looking specifically at chief executives: Just 27.6 are women, and fewer than 1 in 10 identify as Black (4.1 percent), Asian (5.8 percent) and Hispanic (6.2 percent)

Majorities of non-white women agreed there are “too few” spaces to advance for racial and ethnic minorities, men of color and women of color, while fewer than half of white women said the same.

View a PowerPoint presentation of these survey results, presented during the Nov. 16 webinar, “ASCEND 2020: Diversity and Inclusion & the Changing Values of Business Leadership.”