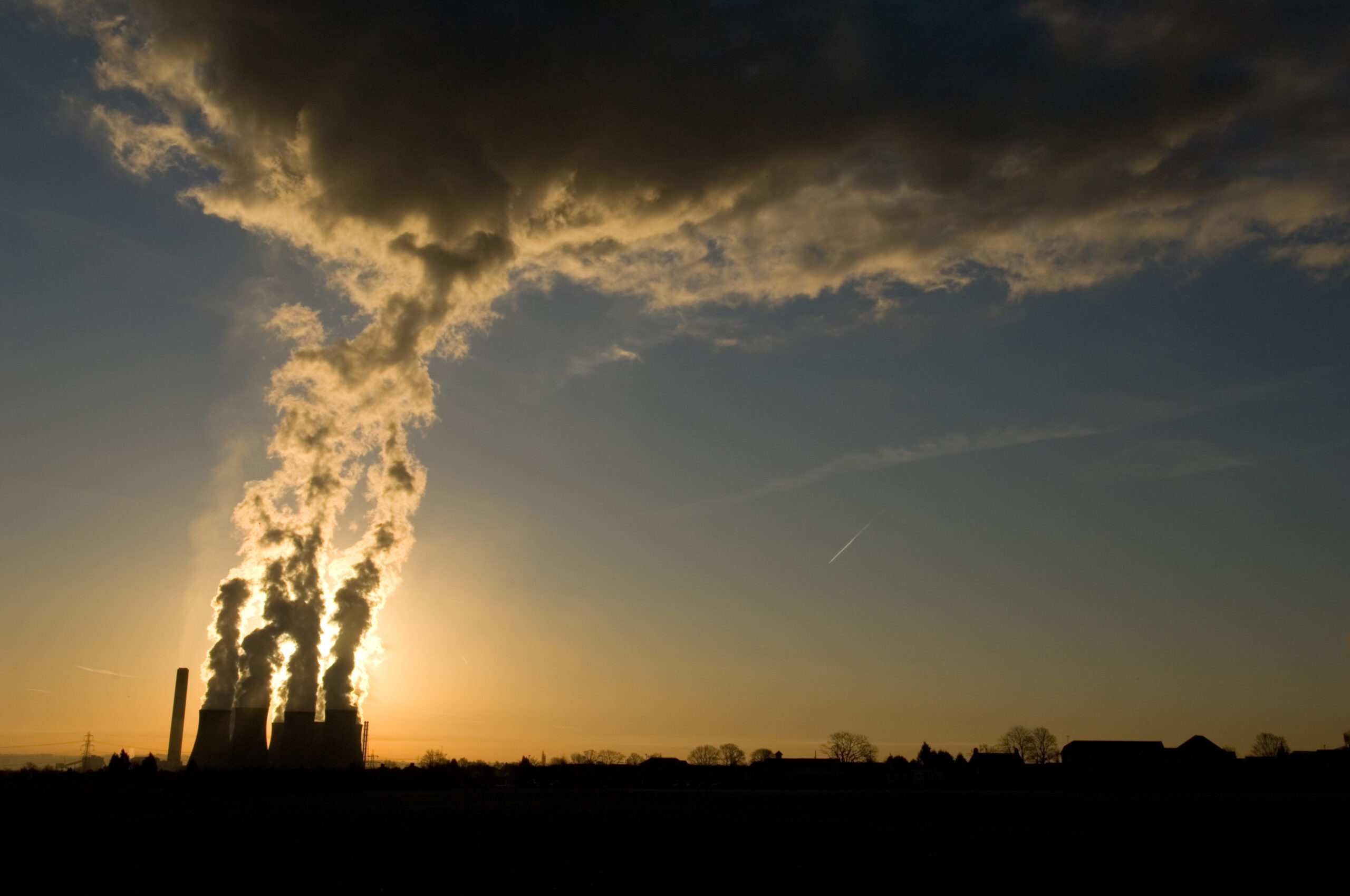 A new report from the World Resources Institute and ClimateWorks Foundation found that the world's progress toward meeting 2030 and 2050 carbon reduction goals is moving too slowly, with just two of 21 sectors on pace. (Getty Images)
By Lisa Martine Jenkins

In order to limit global warming to an average of 1.5 degrees Celsius compared to pre-industrial levels, the world will have to accelerate its transition to using renewables in the power sector dramatically, a new report has found. Three power sector benchmarks are among 21 indicators researchers used to measure economy-wide progress on carbon reduction goals, which also span the buildings, industry, transport, agriculture and forest sectors.

Released Thursday by the World Resources Institute and ClimateWorks Foundation, the “State of Climate Action” report finds that the rate of progress in just two of these metrics — crop yields and ruminant meat (largely beef) consumption — has been fast enough historically to meet 2030 and 2050 carbon reduction goals.

In most of the others, progress is being made but not quickly enough to meet the benchmarks, and in two cases the world is heading in the wrong direction entirely. In four cases, the data is too limited to draw a conclusion. 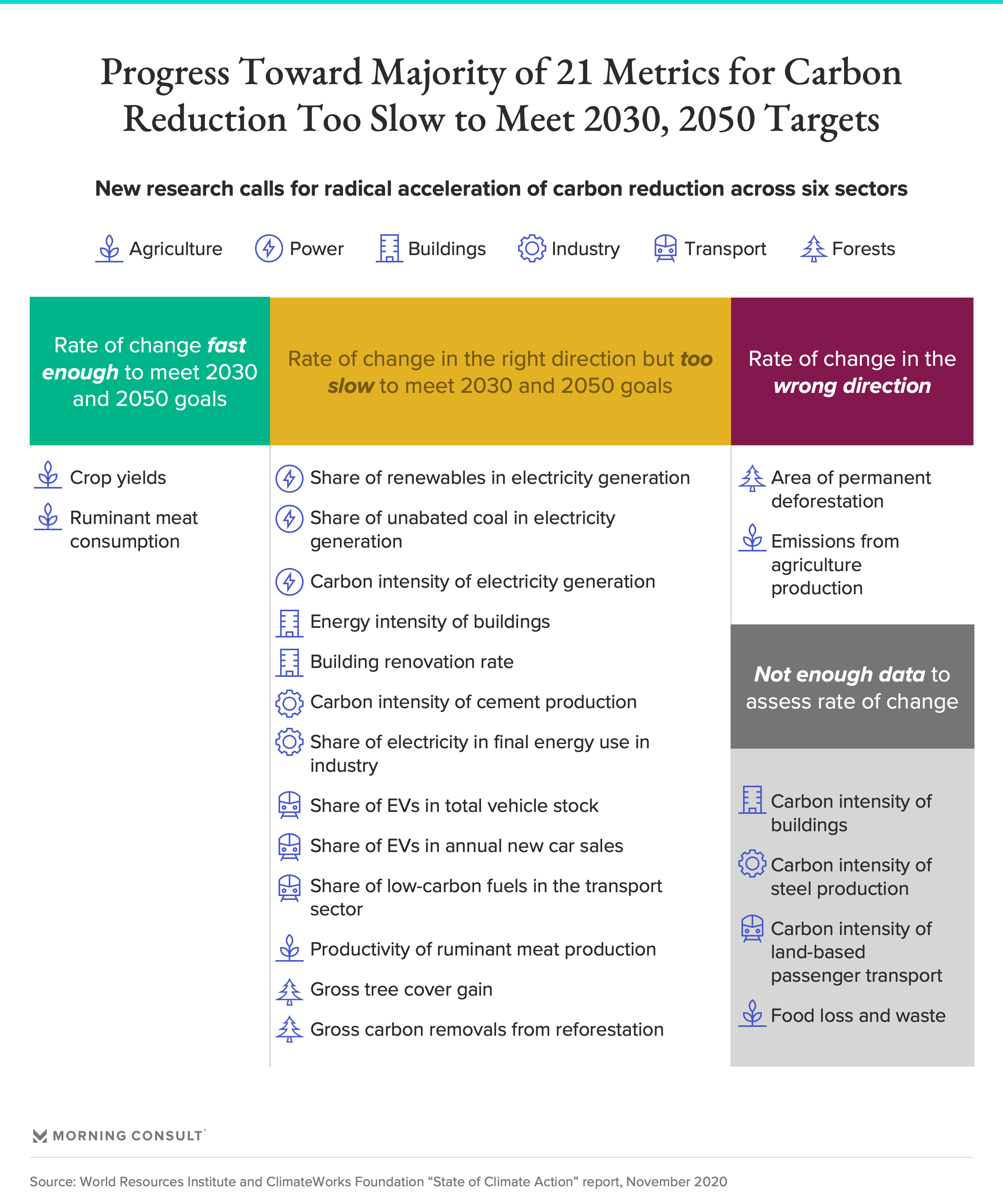 And the global emissions intensity of electricity generation will need to dip below zero by 2050, but the world has “not seen much progress toward this target in the last 30 years.”

Despite the lack of rapid advancement so far, the researchers say reason for hope remains.

“History has shown that transformative change can happen at an exponential, nonlinear rate; just look at how quickly cars, phones, and connected computers revolutionized our world,” they wrote. “We should consider this next decade as our decisive decade to change our course to arrive at a different low-carbon future by midcentury.