Growing Momentum for Increased Scrutiny of Hedge Funds as U.S. Prepares for the Biden Administration 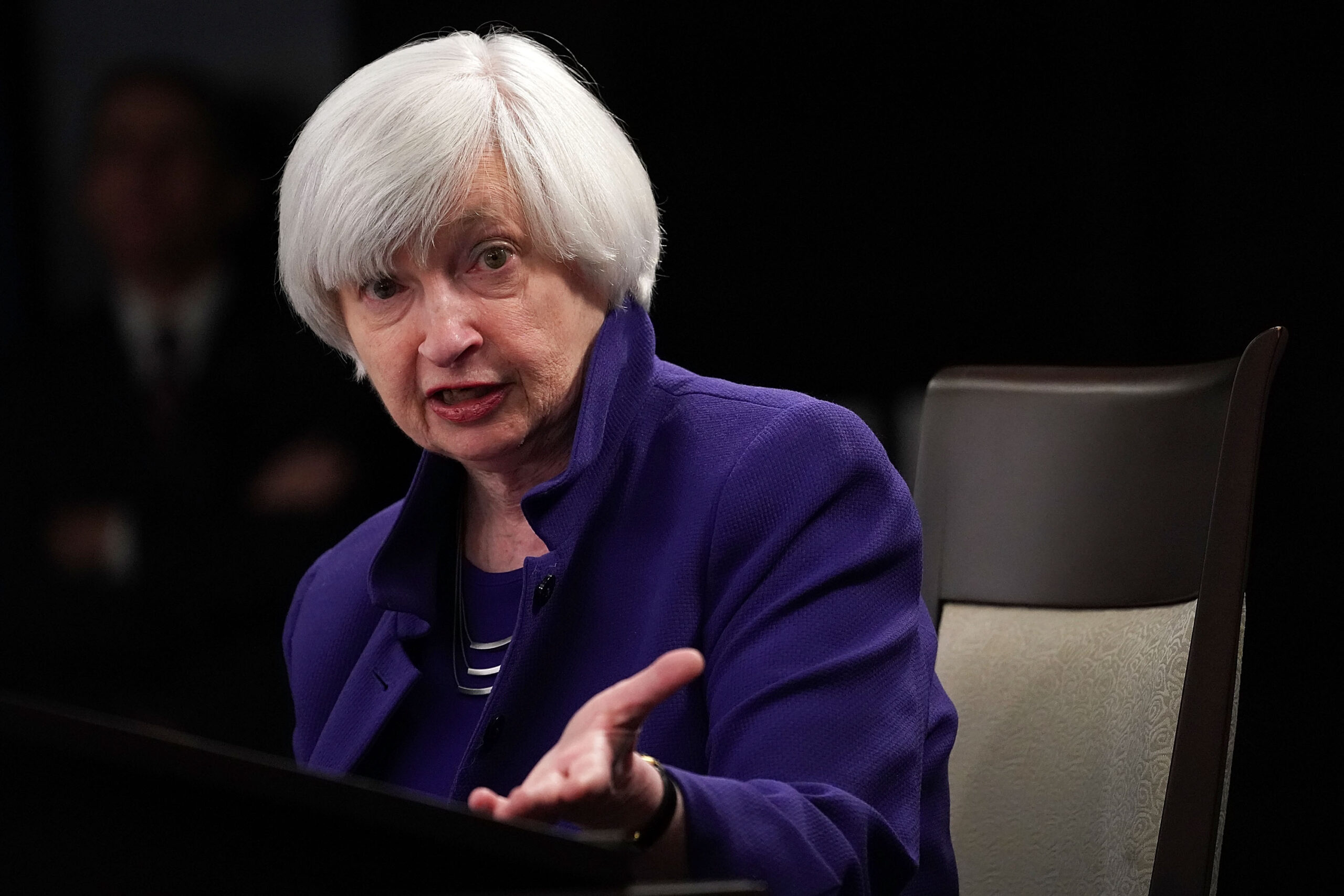 Janet Yellen, pictured during her last news conference as Federal Reserve chair on Dec. 13, 2017, in Washington, D.C., wrote in July about the role of hedge funds in the Treasurys market meltdown in March. With Yellen tapped by President-elect Joe Biden as the next Treasury secretary, hedge funds could face renewed scrutiny. (Alex Wong/Getty Images)
By Claire Williams

In the aftermath of the Treasurys market meltdown in March, a number of influential financial observers and institutions pointed their fingers at hedge funds for their role in the pandemic-induced chaos.

Among those who put hedge funds in the crosshairs were Janet Yellen, President-elect Joe Biden’s pick for Treasury secretary, and members of the Financial Stability Board, which released a report last week connecting vulnerabilities in nonbanks to the Treasurys market turmoil.

A person with direct knowledge of the issue told Morning Consult that the Biden administration is open to more closely examining the role of hedge funds in the market mayhem and is considering regulation related to it. Though the person cautioned that addressing hedge funds may not be an immediate priority for the Biden administration, all of these developments point to heightened scrutiny of an industry that was largely treated with a light touch under President Donald Trump.

First steps will likely involve taking the issue to the Financial Stability Oversight Council, an overarching group of financial regulators led by the Treasury secretary that has largely been inactive during the Trump administration, according to Jonah Crane, who led a hedge fund working group within FSOC in 2016 and currently works as a partner at advisory firm Klaros Group.

Hedge funds, unlike banks, are mostly regulated by the Commodity Futures Trading Commission and the Securities and Exchange Commission, but certain activities may cross into the territory of other agencies, meaning a more holistic approach would be important, he said.

“It’s very easy to get into a game of whack-a-mole if you try to ban certain trades or regulate certain funds,” Crane said. 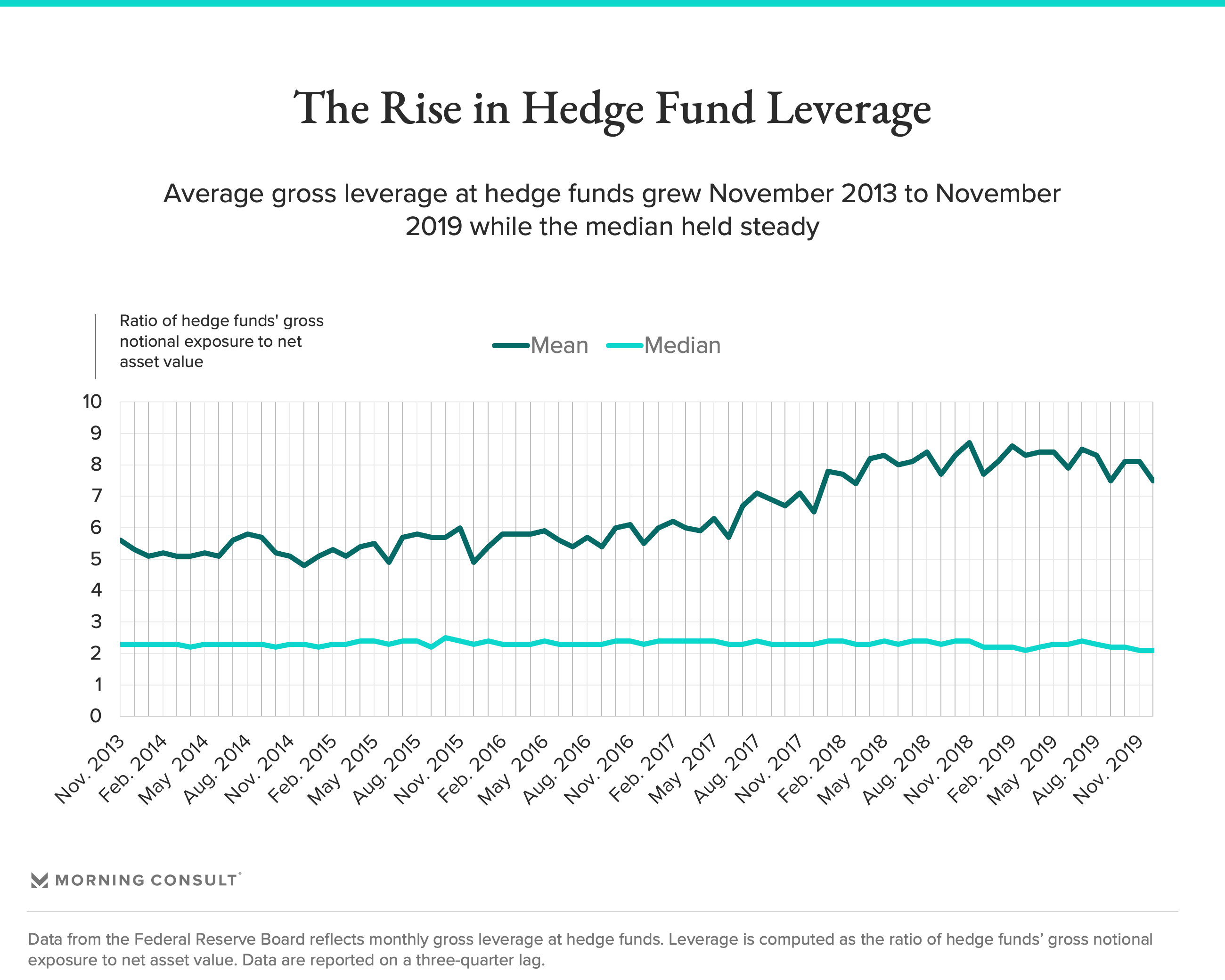 When the working group disbanded in 2016, Crane said it was pushing to get better data on hedge fund leverage, which any group taking a new look at the industry would have to take up before they figure out specific regulations. “The way hedge funds report now, there’s no actionable data,” he said. “They report disclosures at such a broad level, you can hardly tell what they’re up to.”

A Biden administration spokesperson did not respond to multiple requests for comment.

The pressure on the industry comes after a monthslong process by regulators to determine what caused the Treasury market to grind to a halt in March as the coronavirus pandemic spread throughout the country.

“The Federal Reserve, the Financial Stability Board and other policy officials independently examined the March market turmoil and concluded the evidence is weak that hedge fund activity was a primary driver of the selloff,” Michael Pedroni, executive vice president and managing director of the Managed Funds Association, which represents hedge funds, said in an email.

“In fact, the data show that some hedge funds continued to be actively engaged in the Treasury markets during this time,” he said.

A Managed Funds Association spokesman did not comment on further specifics raised in the story, including the quality of hedge funds’ disclosures and the possibility of limits on leverage under the Biden administration.

However, the FSB report said that “the financial system remains vulnerable to another liquidity strain, as the underlying structures and mechanisms that gave rise to the turmoil are still in place.”

Randal Quarles, president of the FSB and the vice chair for supervision at the Federal Reserve, told reporters that “it’s clear we need to take action to address these issues.”

Related: A Liquidity Rule Dormant Since 2016 Is Getting a Second Life, and Banks Say the Treasury Market Can’t Handle It

While the FSB report didn’t find that hedge funds were the primary driver of the meltdown, it did note that the unwinding of what is known as a basis trade, often used by hedge funds, “exacerbated” the problem. Those trades try to profit from differences in the value between cash Treasurys and futures by buying massive amounts of Treasurys using short-term borrowing through the repurchase market. So when those trades were no longer profitable, triggering margin calls, hedge funds sold off their government debt en masse, grinding the market to a standstill.

In April, the Bank for International Settlements outlined the role hedge funds played in the turmoil, noting that the strategy mirrored that of the “long-short” approach used by Long Term Capital Management, which failed in 1998.

During the March market dysfunction, the Federal Reserve stepped in, pledging to buy government bonds as a backstop to keep the markets running smoothly. Some policy watchers, such as Marcus Stanley of Americans for Financial Reform, equated this to a bailout for hedge funds, arguing that such actions make the case for the industry being one of the top priorities for financial regulation under a new administration.

So while the likelihood of a split Congress nixes many legislative approaches to reining in hedge funds, Ian Katz, director and financial policy analyst at Capital Alpha Partners, said it’s reasonable to expect hearings in the Democratic-controlled House over the next two years amid other signals that Washington is giving the issue more scrutiny.

All this could eventually lead to some kind of limit on hedge fund leverage, said Stanley, who is policy director at Americans for Financial Reform, which supported the passage of Dodd-Frank and the creation of the Consumer Financial Protection Bureau in the aftermath of the 2008 financial crisis.

Crane seconded the idea of limiting hedge fund leverage. “I really do think regulators are going to have to think hard about putting some limits on leverage, including through margin and collateral requirements,” he said.

Ultimately, Stanley said that the most likely approach in addressing hedge funds is through the FSOC and a working group.

“I’d be concerned if I was one of those hedge funds,” he said. “This is the second major bailout in about a decade for the financial industry.”