Ahead of vaccine advisory panel meeting, states say they’ll listen to lobbying, but the decision is theirs 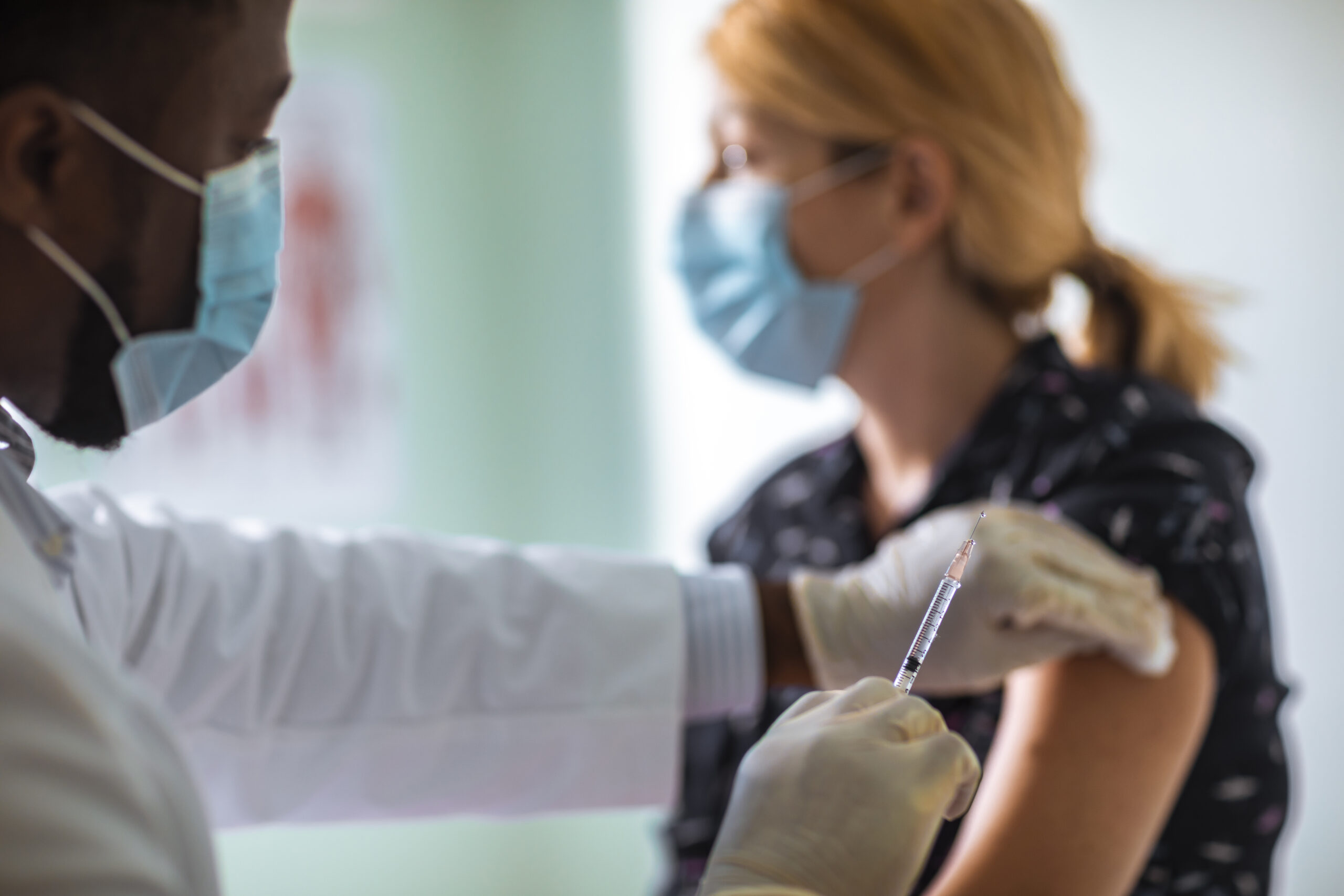 Before the Advisory Committee on Immunization Practices meets Friday and Sunday, representatives from about a dozen state health departments told Morning Consult that they'll continue listening to lobbying from groups on vaccine prioritization, but the ultimate decisions lie with the states. (Getty Images)
By Gaby Galvin

With health care workers and those in long-term care set to receive the country’s first coronavirus vaccines as soon as next week, federal advisers and states are weighing whom to prioritize for the next round of shots, and groups representing some of the country’s 87 million essential workers in non-health care fields are jockeying for their members to be moved to the front of the line.

About 3 million shots are expected to ship to states within days of the Food and Drug Administration’s granting emergency use authorization to a COVID-19 vaccine, and top health officials have said they expect to finish the first round of vaccinations within weeks. An advisory panel to the Centers for Disease Control and Prevention, which meets again this weekend, has signaled it will recommend that essential workers be prioritized next, and businesses, trade groups and unions are making their cases for vaccine prioritization.

Those pleas have come both publicly — including from teachers’ unions, a meat plant lobby and the ride-sharing company Uber Technologies Inc. — and in private discussions with states, which ultimately decide how to allocate their vaccines. President-elect Joe Biden also weighed in this week, calling for teachers to be prioritized in his plan to address the pandemic in his first 100 days in office. Yet it remains unclear how exactly the panel and states will define who is and who isn’t an essential worker, a possible point of tension given vaccine demand is expected to far outstrip supply for months to come.

“Most of them are groups that have legitimate claims to being prioritized. It’s not at all unreasonable,” said Dr. Eric Toner, a senior scholar at the Johns Hopkins Center for Health Security whose team published guidance on ethical coronavirus vaccine distribution. “The trouble is, you can’t prioritize everybody.”

Related: The Public’s Willingness to Get a Coronavirus Vaccine Ticks Up Slightly With Promising Developments and Surge in Cases

Representatives from about a dozen state health departments told Morning Consult that organizations have contacted them directly to ask for vaccine priority. Most states declined to provide details on who had been in touch, though, and said that while they listen to input from these groups, decisions on whom to prioritize for vaccines are ultimately made by the state.

In Oklahoma, those who have lobbied for vaccine priority include electric and waste utilities, restaurants, death services, physician associations and others. The feedback led officials to specify that emergency medical services workers who transport COVID-19 patients will be among the highest priority of health care workers, according to Keith Reed, a deputy commissioner of the Oklahoma State Department of Health.

Other states have made information publicly available about who has a say in vaccine prioritization; in California, for example, the vaccine advisory committee includes health care groups, faith-based organizations, the Chamber of Commerce and dozens of others.

In Minnesota, meanwhile, enough groups have reached out to ask for vaccine priority that the health department began sending back a stock response outlining the decision-making process, according to John Schadl, a spokesperson for the state health department.

“Plans for phase 2 have not yet been determined, but we are working with policy makers, health care representatives, industry representatives, and elected leaders to solicit input for prioritization in phase 2,” Tom Hudachko, communications director for the Utah Department of Health, said in an email, echoing comments from other states.

Health care workers were an obvious group to give first priority for vaccination in the United State, Toner said. Yet questions about who’s being prioritized and why are likely to crop up over the next few months as states ration doses, and states could begin to differ on whom they move to the front of the line.

“We’re not just allocating vaccines once; this is happening over months,” said Dr. Harald Schmidt of the University of Pennsylvania’s Department of Medical Ethics and Health Policy. “We could, on principle, change it every time we roll out vaccines, and that could play out differently depending on what population we’re dealing with.”

If the CDC’s advisory panel does recommend essential workers are vaccinated next, a tiered system that prioritizes vulnerable subgroups, as recommended by both the World Health Organization and the National Academies, could come in future vaccine rollouts, Schmidt said.

Yet even the CDC’s initial guidance was so broad that bioethicists worry it won’t meaningfully prioritize the types of health care workers and long-term care facilities most at risk for COVID-19. That’s opened the door for all types of health care groups, including dentists and dialysis providers, to make their case for vaccine prioritization.

With their limited initial doses, which will be distributed based on population, states are deferring to health systems to decide how to vaccinate their employees.

At least 25 states’ vaccine plans say they will consider health equity when determining who should be at the front of the line for a shot, either by prioritizing racial minorities specifically or by relying on a broader measure of social vulnerability, according to an analysis from the Kaiser Family Foundation.

“Equitable distribution is not going to happen unless we make it happen,” said Dr. Saad Omer, who directs the Yale Institute for Global Health and is a member of the WHO and National Academies’ vaccine prioritization committees. “The thing I’m concerned about is, we don’t have a national plan.”