Two-Thirds of Voters Back House Vote to Decriminalize Marijuana 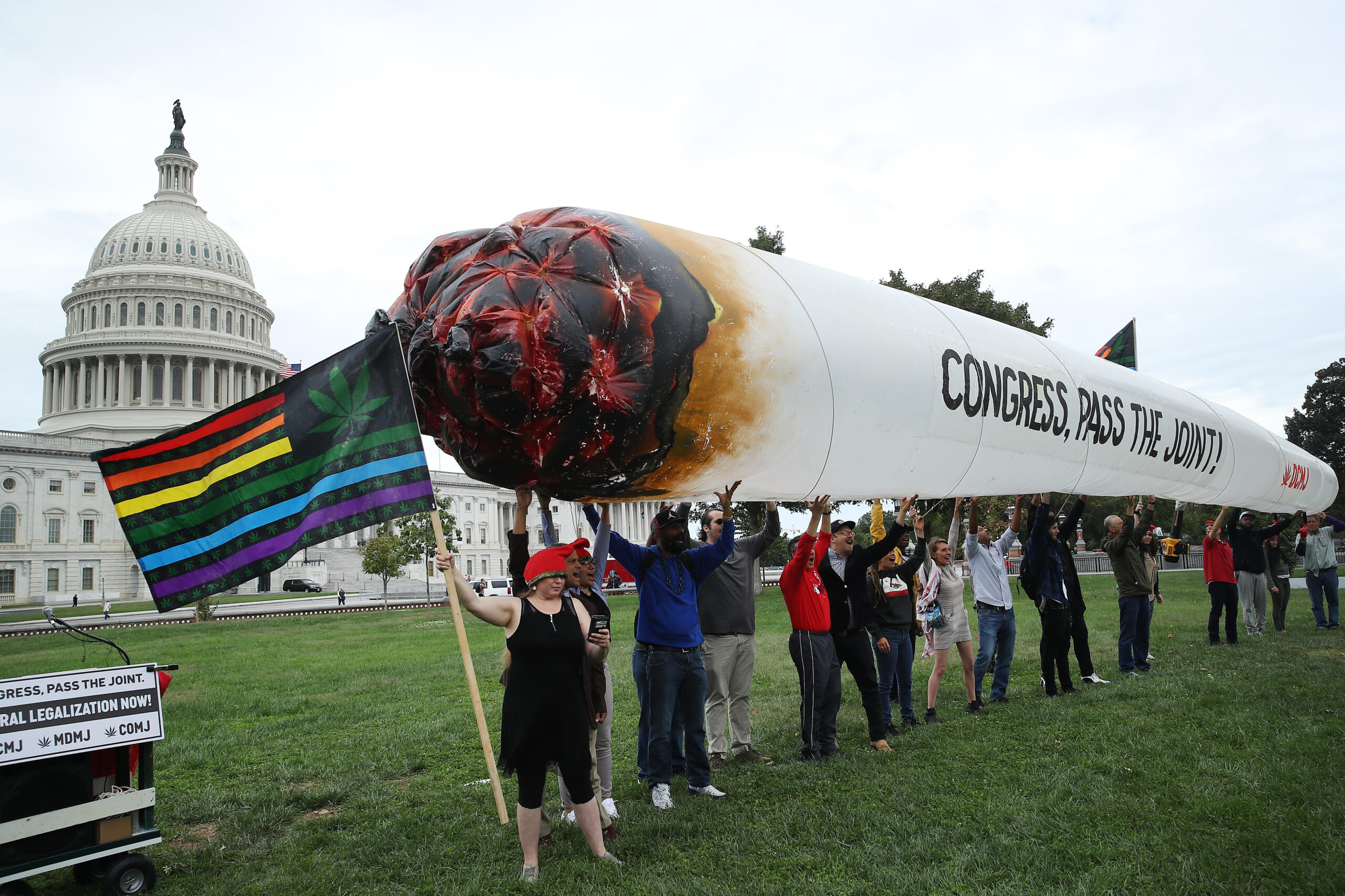 The House’s historic vote to decriminalize marijuana at the federal level last week has broad and bipartisan backing, according to a new Morning Consult/Politico survey.

The Dec. 4-6 poll shows 66 percent of voters — including nearly 4 in 5 Democrats and a slim majority of Republicans — support the House’s Dec. 4 vote, compared with 25 percent who opposed. Nearly half of Americans said they strongly support the chamber’s vote on the MORE Act, which was backed by nearly all House Democrats and five House Republicans. 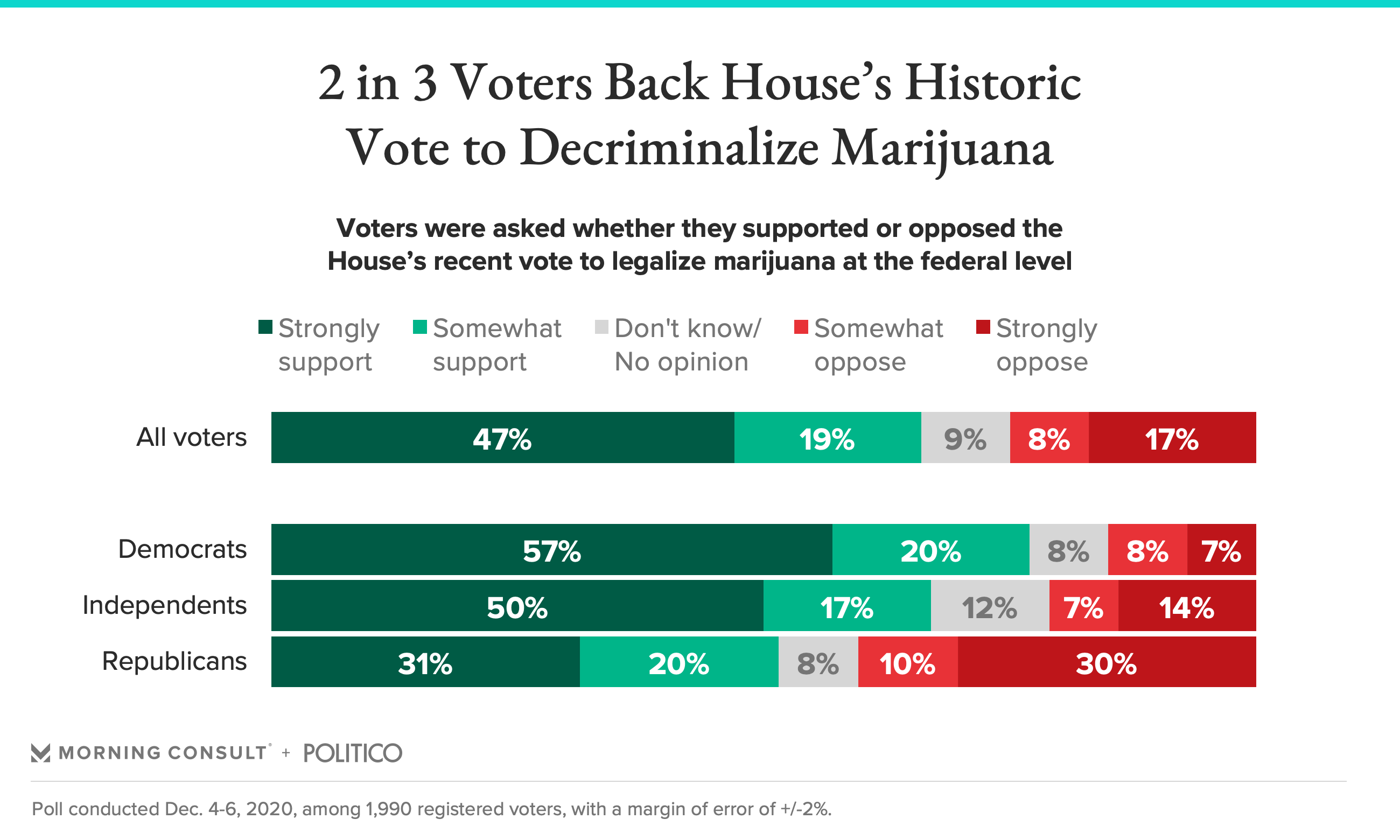 The House Republican Conference spent the week leading up to the vote castigating the Democratic majority for using floor time on the measure while an agreement on coronavirus relief funding remains elusive. Though 51 percent of GOP voters said they supported the vote, they were also the most likely to oppose it, at 40 percent. And while 57 percent of Democrats and 50 percent of independents strongly backed the House’s vote, only 31 percent of Republicans said the same.

Strong support for the House vote reflected broader U.S. sentiment on how marijuana should be regulated: 64 percent of voters said marijuana should be made legal nationwide, while 25 percent disagreed. Those figures are essentially unchanged from Morning Consult polling conducted two years ago.

More than 7 in 10 millennial and Generation Z voters backed marijuana legalization, compared with roughly 3 in 5 Gen Xers and baby boomers.