Per new polling, viewers are less likely to check out movies with LGBTQ couples advertised on the poster 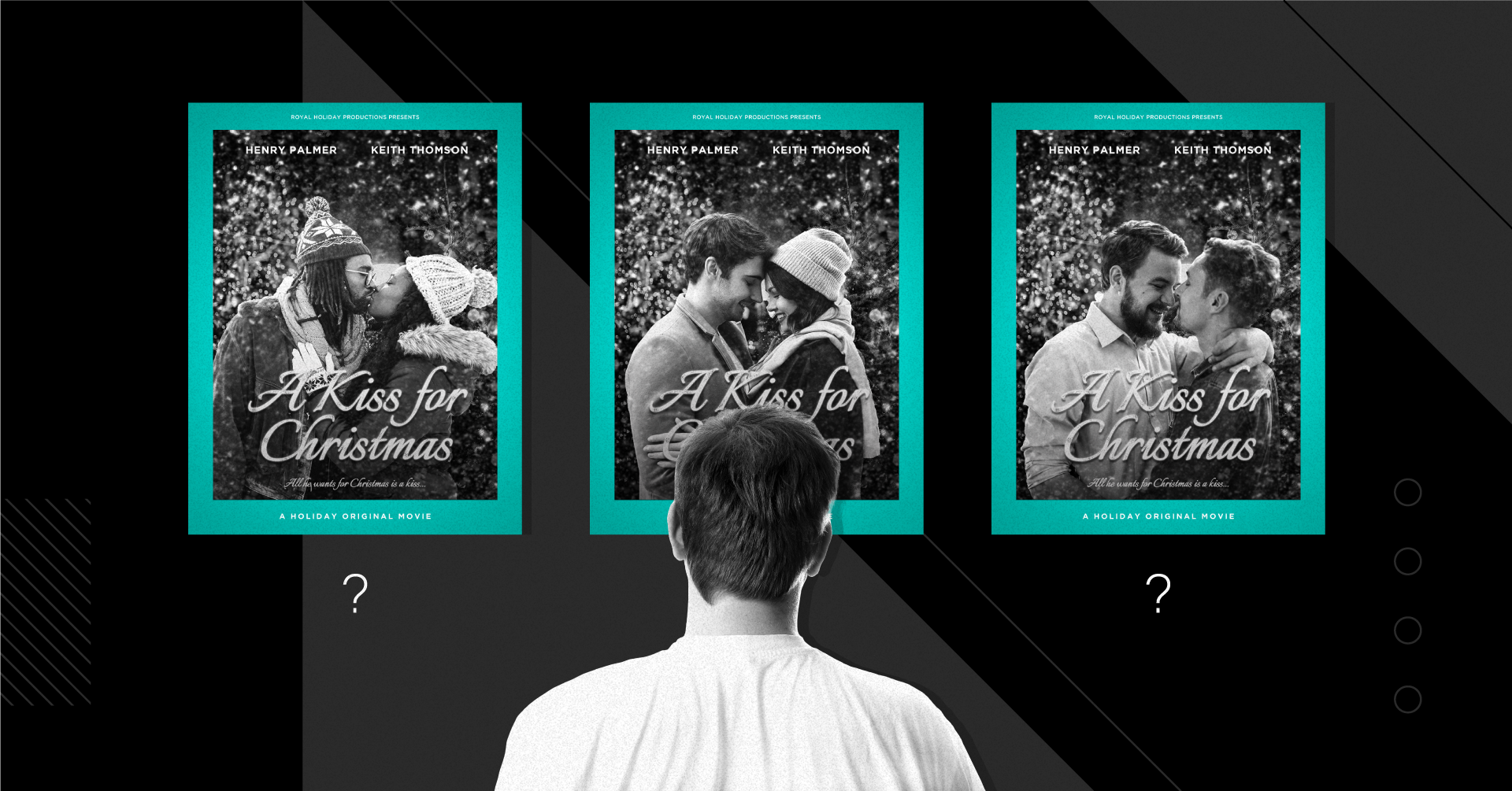 A new Morning Consult poll shows that 55 percent of adults who were shown a poster for a holiday film starring a straight white couple said they were likely to watch it; 47 percent and 28 percent said the same of films starring Black and gay couples, respectively. (Getty Images / Morning Consult Illustration by Kelly Rice and Tadiana Martinez)
By Sarah Shevenock

This past weekend, Lifetime made history airing “The Christmas Setup,” its first holiday film centered on a gay couple. Last month, Hallmark Channel did the same thing.

But even with these efforts to tell more diverse stories, polling finds that adults are still most likely to check out holiday movies starring straight white couples. 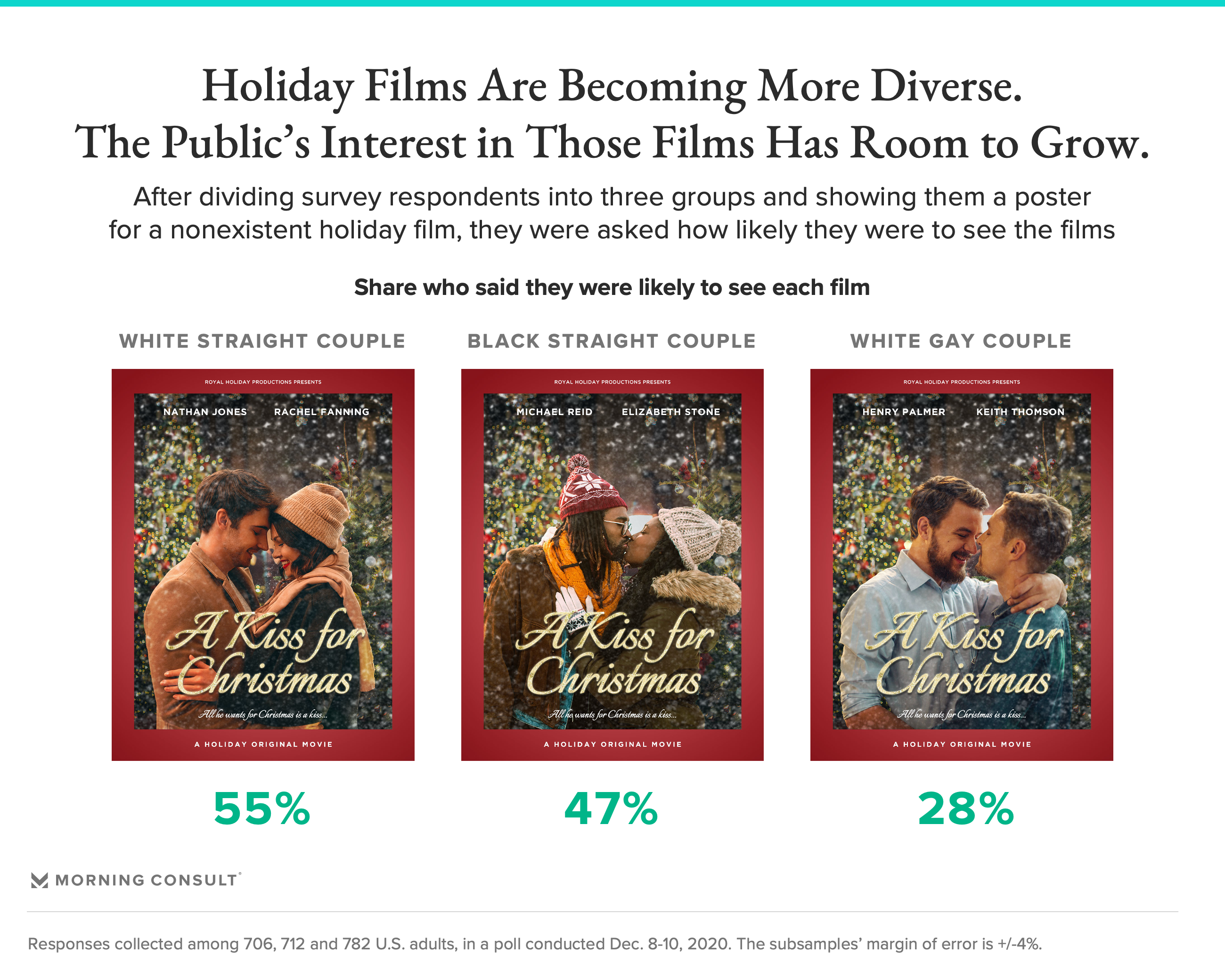 A Dec. 8-10 Morning Consult survey of 2,200 U.S. adults split respondents into three groups which each saw a different poster for a nonexistent holiday film titled “A Kiss for Christmas”: One poster featured a straight white couple, another included a straight Black couple and the third poster featured a white gay couple. 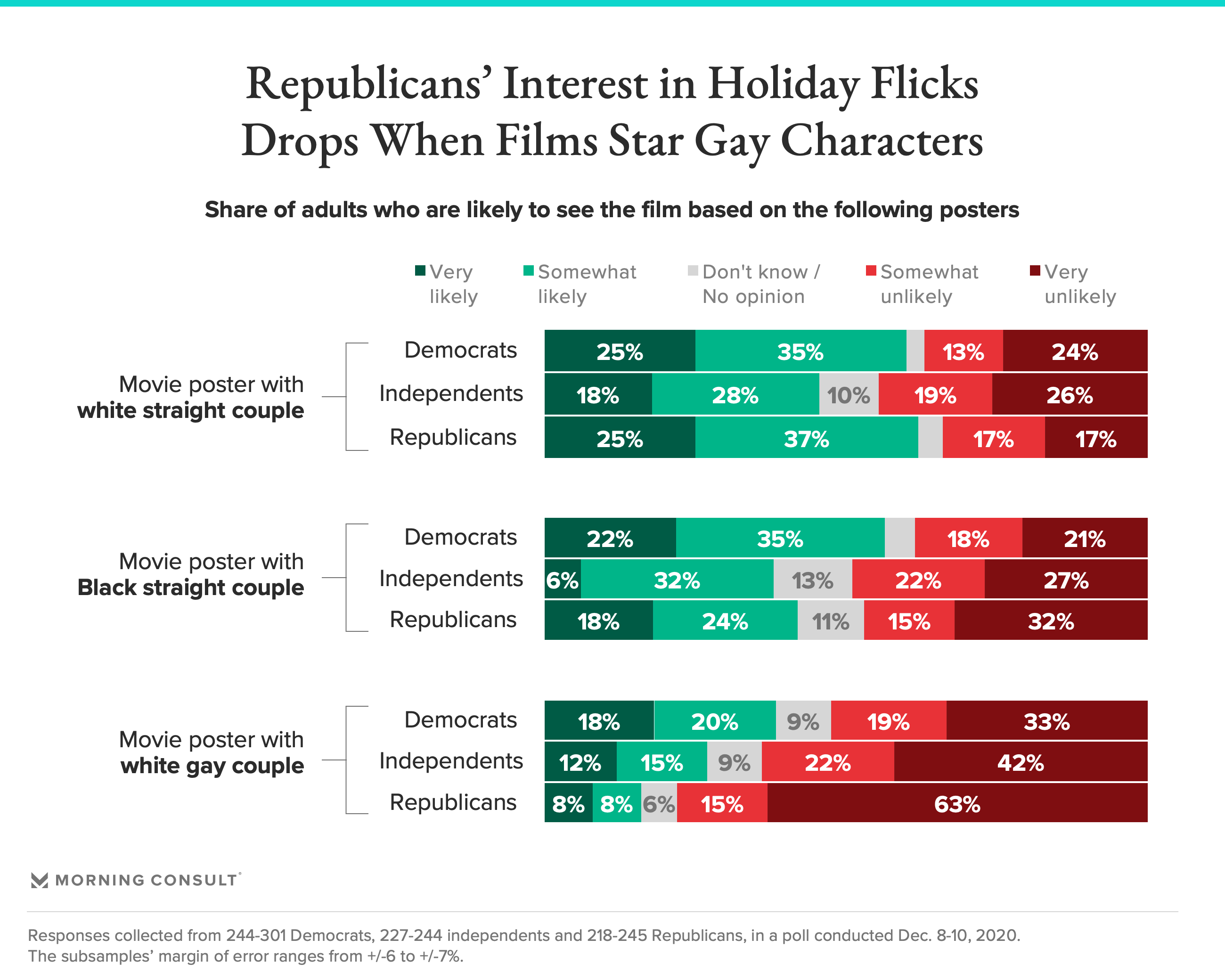 Respondents of every generation were less likely to say they were likely to see the films starring the Black couple and gay couple, although members of Generations Z and X, along with millennials, were slightly more open to seeing those movies than their Boomer counterparts.

Facing criticism for the homogeneity of their leading actors, Hallmark Channel and other networks have made films focused on diverse love stories part of their holiday lineup this year. In November, Hallmark aired “The Christmas House” — its first holiday film centered on a gay couple, while Lifetime aired its first LGBTQ holiday movie “The Christmas Setup,” on Dec. 12 and Paramount Network aired its own, “Dashing in December,” on Dec. 13.

The premiere of “The Christmas House” was watched by 2.33 million people, according to the TV Ratings Guide. A week later, Hallmark’s “If I Only Had Christmas,” which debuted in the same time slot and follows the romance of a white, straight couple, brought in 3.93 million viewers. Online response to “The Christmas House,” “The Christmas Setup” and “Dashing in December” has been mostly positive.

Both networks have also made efforts to improve the racial diversity of their movies, with Lifetime airing the Asian-led “A Sugar & Spice Holiday,” and Hallmark featuring seven films with Black leads in its 2020 slate of holiday films, up from four in 2019.