COVID-19 Sped Up the Transition to Digital Medicine. The Health Industry Says There’s No Turning Back

As we near the end of a year that has upended life as we know it, Morning Consult is looking ahead to what 2021 will bring. Gaby Galvin reports on the health care industry’s rapid transition to digital health. Others in our end-of-year series so far: Entertainment / Tech

The COVID-19 era has supercharged what had been, for many providers, a sluggish shift toward digital health — and health care leaders say that even with a pandemic off-ramp in sight, the virtual overhaul of the country’s health care system will continue in 2021 and beyond as many consumers embrace the new services.

With non-urgent care grinding to a halt this spring and a main source of hospital revenue vanishing almost overnight, federal regulators gave their blessing for health systems to get creative to ensure patients could see their doctors. Overwhelmingly, that meant health care went virtual: By September, telehealth services made up about 5 percent of private medical claims, up from 0.16 percent a year earlier, a 2,980 percent increase.

Now, health executives and industry watchers say the rapid shift toward digital medicine, including telehealth, remote monitoring and artificial intelligence, offers a glimpse into the future of American health care. Payment models are moving away from traditional fee-for-service, health systems squeezed by high overhead costs are seeking other avenues to deliver care and patients expect greater convenience during the pandemic and beyond. 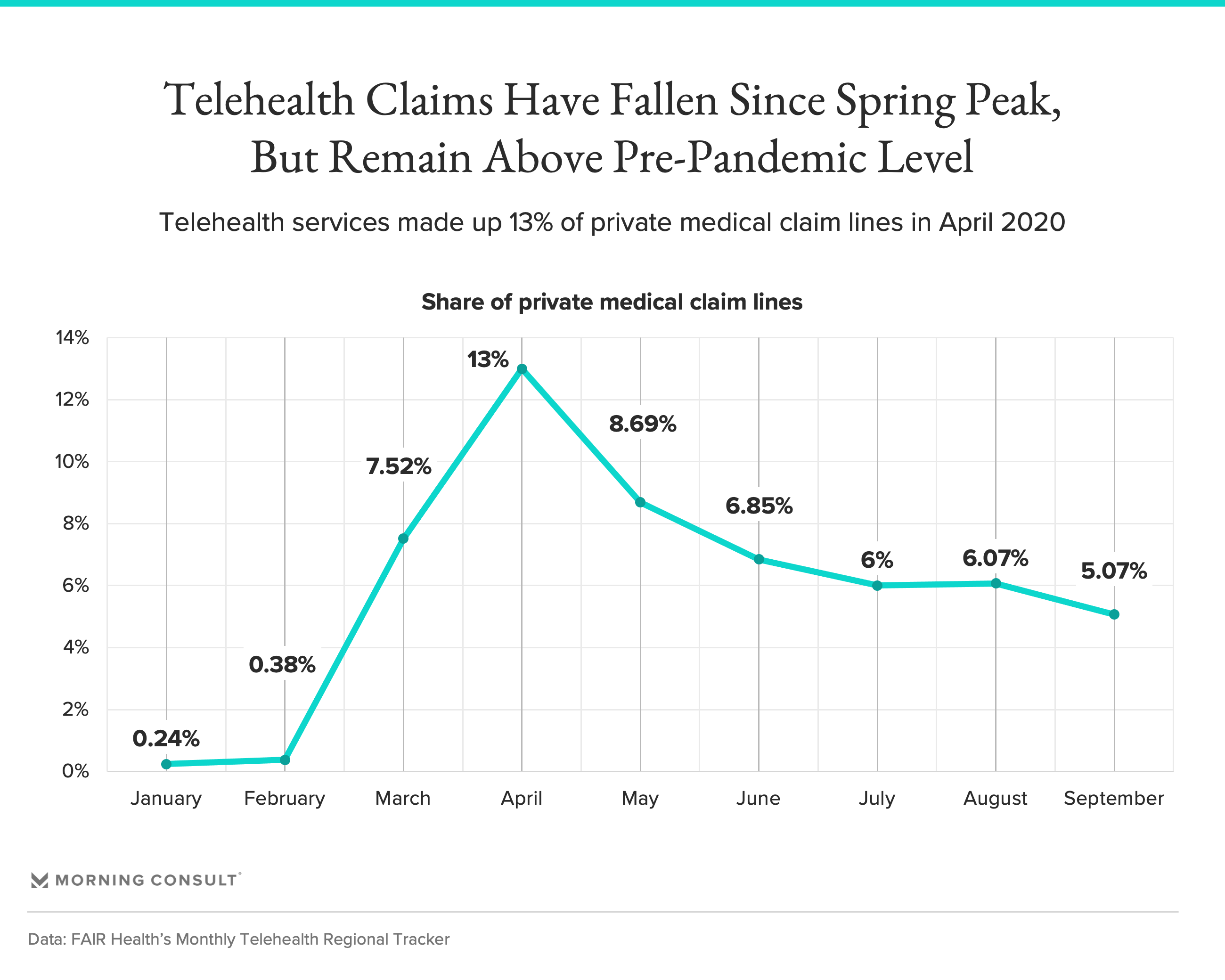 “What COVID did was drastically change the game,” said Maneesh Goyal, chief operating officer of the Mayo Clinic Platform, which launched last year to bring emerging technologies to the nonprofit health system.

In June, for example, Mayo announced a pilot project in Wisconsin and Florida testing its “advanced care at home” program, which involves quickly transitioning patients from the hospital to their homes and providing both virtual and in-person care, including nursing, infusions and lab and imaging services. Mayo’s partner for the model is Medically Home, a Boston-based “virtual hospital” that has treated more than 1,000 patients in six states.

Mayo executives thought it could be five years before they had enough evidence for federal regulators to get on board with the model, Goyal said. But with hospitals overwhelmed by COVID-19, patients moved through the program more quickly than expected, and the broader market for so-called hospital-at-home programs, which have shown promising results in other health systems, was accelerated “by probably three to four years,” Goyal said.

“That is how health care moves into the 21st century,” he added.

The Trump administration has thrown its support behind these types of models. In November, the Centers for Medicare and Medicaid Services unveiled major regulatory flexibilities to allow hospitals to care for patients with more than 60 acute conditions such as asthma, congestive heart failure and pneumonia in their own homes, and granted waivers to six health systems to do so.

The primary care space is also likely to see a digital health expansion next year, some of which might put providers on edge, said Dr. Kedar Mate, president and chief executive of the Institute for Healthcare Improvement. For example, telemedicine giants like Teladoc Health Inc. — which announced an $18.5 billion merger with Livongo Health Inc. in August, a major deal for the health tech sector — as well as companies like 98point6, which provides text-based primary care, could lean on artificial intelligence to “eventually disintermediate providers themselves,” Mate said.

Telehealth and digital wellness companies could also look to offer virtual services directly to employers, rather than through health plans, in an effort to provide some care while bringing down premium costs, Mate said. And as Amazon.com Inc., CVS Health Corp. and Walmart Inc. seek to carve out a greater chunk of the health care market, they could push other providers to offer more convenient options for patients, including in the health tech space.

Health tech not directly tied to patient care also saw growth in 2020 that is expected to continue, as health systems and payers scrambled to digitize their back-end operations and make data easier to share with patients and each other, said Dr. Kris Joshi, a senior executive at the health tech company Change Healthcare Inc.

Patients also “now expect providers, pharmacies, plans, everybody, to be a lot more e-commerce friendly,” Joshi said. “Because think about it: Who wants to go to the doctor’s office and sit in the front office for half an hour and fill out a piece of paper on a pad?”

Health care executives said the expanded use of virtual care and other health tech could help fill the gap in places where medical care is hard to access. Hospital closures in rural communities have been well-documented in recent years, including during the pandemic, and hospitals have asked for additional funding on top of the $175 billion in federal pandemic relief allocated this year. That’s despite inpatient admissions bouncing back to about 90 percent of predicted levels by August, potentially spelling financial trouble well into 2021.

“Hospitals are not sustainable businesses, in many ways,” Mate said. “They’ve struggled and been artificially propped up by expensive surgeries.”

Yet the idea that the shift away from traditional models of care during the pandemic may be a permanent one could be a tough pill to swallow for many health system executives, and how enthusiastically hospitals leaned into telehealth and other health tech this year offers clues about how they’ll approach it in the post-pandemic era, said Michael Abrams, managing partner and co-founder of health care consultancy Numerof & Associates Inc.

“When we talked with these executives about what comes next, their perspective on how much they’re going to use telehealth had a lot to do with whether or not they had a commitment to value-based, alternative-payment models,” Abrams said.

In a Numerof survey of several dozen hospital executives, those from health systems wedded to the traditional fee-for-service model, in which providers are paid for every interaction with a patient, tended to offer less ambitious plans when asked how they’ll integrate telehealth into their post-pandemic operations, Abrams said. Health systems with models that tie revenue to patient outcomes or cap payments were more likely to have used telehealth before the pandemic and been in position to ramp up their services quickly.

Health systems that had their own insurance plans also fared better during the pandemic because they had another source of revenue, said Blair Childs, senior vice president of public affairs at Premier Inc., a health care improvement company that works with about 4,100 U.S. hospitals and health systems.

“I think it’s going to propel the movement toward alternative payment models and improve risk accountability for providers,” Childs said.

The Trump administration’s CMS was supportive of alternative payment models, and during the pandemic, regulators moved to make temporary increases to Medicare reimbursement for telehealth services permanent and remove other barriers to its adoption. Now, health executives are watching to see what’s kept the same, ratcheted up or thrown out under President-elect Joe Biden.

“It’s going to be very hard for the industry to take a step back” from digital care, Goyal said. “And frankly, consumers and patients are going to want it. We know that they want it. That’s a risk factor, if we go back to business as usual when it comes to innovation.”