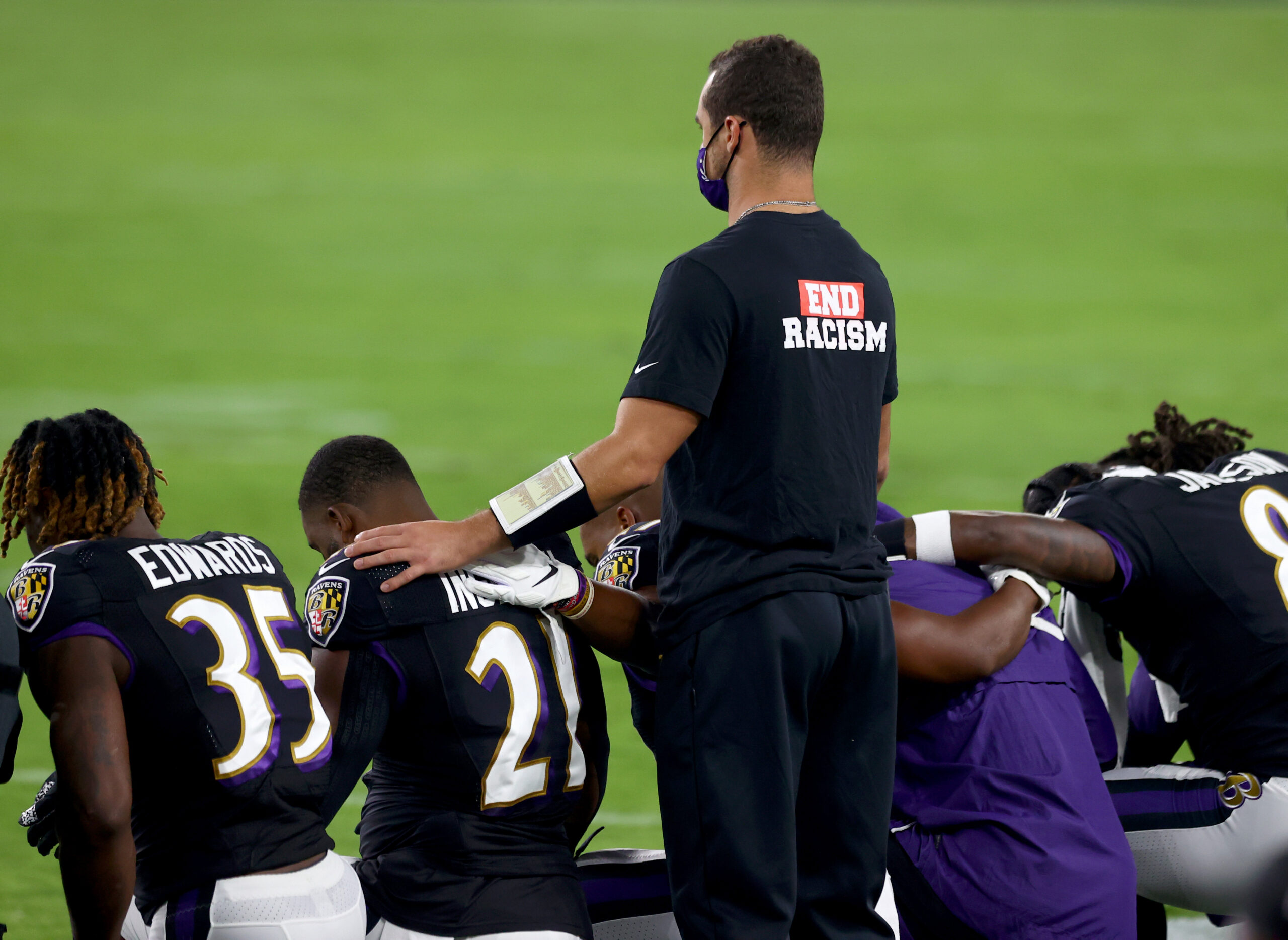 Of those expecting to watch Super Bowl LV, 60 percent said the big game is an appropriate platform for brands to promote social justice. (Todd Olszewski/Getty Images)
By Alex Silverman

Following a year defined by a global pandemic, protests against racial inequality and a contentious presidential election, reports that the upcoming slate of Super Bowl advertisements could strike a more serious tone should come as no surprise. And while most Americans say funny commercials are still their favorite, new data shows the majority of likely Super Bowl LV viewers believe it is appropriate for brands to promote social justice in their spots. 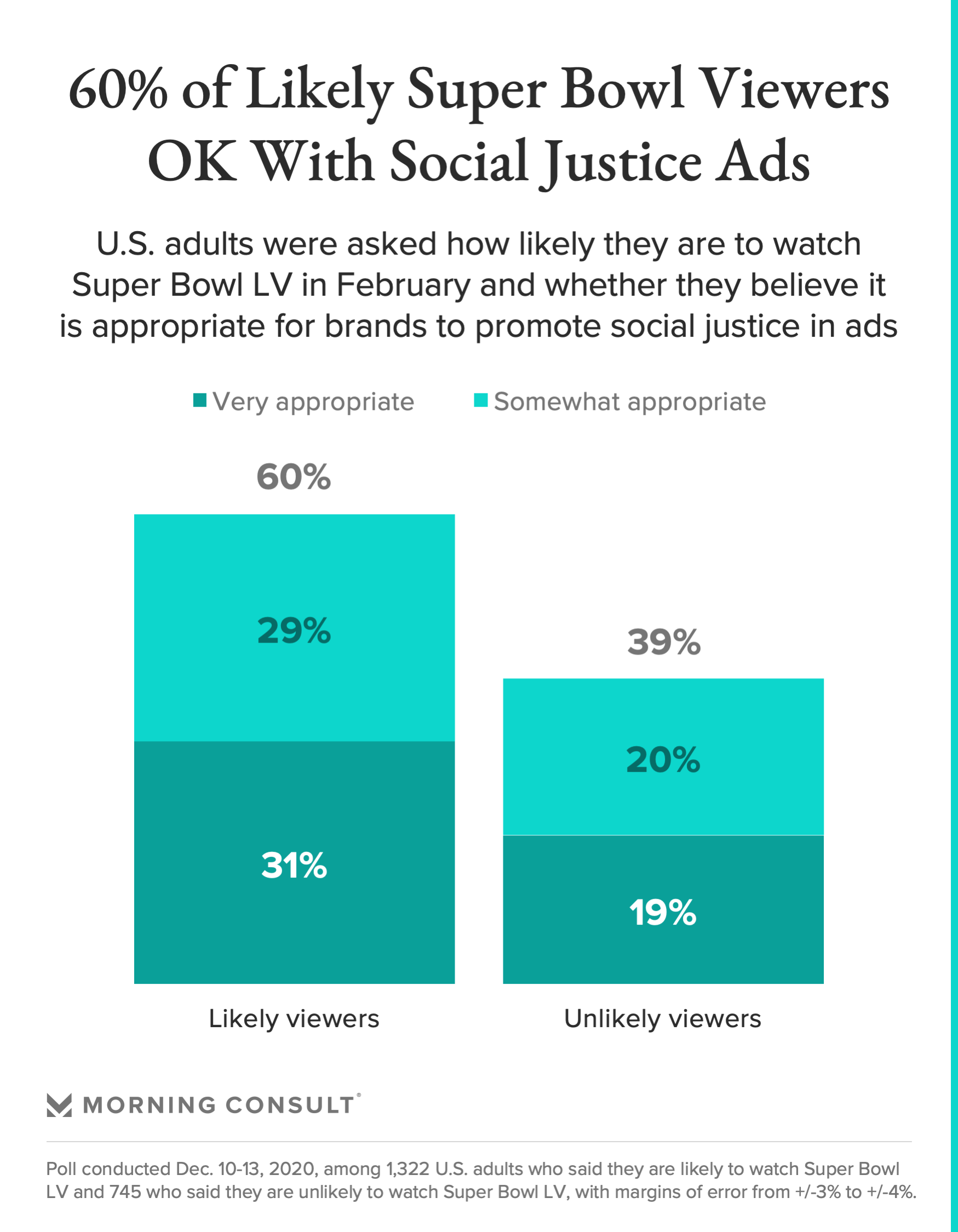 In Morning Consult’s first Super Bowl survey ahead of the Feb. 7 game, 60 percent of likely viewers said the Super Bowl is an appropriate platform for advertisers to promote social justice during their commercials, almost twice the share of likely viewers who said such messaging is inappropriate. Those who said they are unlikely to watch the game were more opposed to social justice messaging, with 39 percent saying it is appropriate and 45 percent saying it is inappropriate.

It is important for marketers to note that viewers see a significant distinction between ads that “promote social justice” and those that “take a political stand.” While likely viewers largely said social justice messaging is fair game, 54 percent of them considered it inappropriate to get “political.”

As for interest in the game itself, 60 percent of U.S. adults said they are likely to tune into the NFL’s season finale, which will be broadcast on CBS, with 37 percent saying they are “very likely” to watch. That’s down slightly from a poll taken ahead of Super Bowl LIV earlier this year, in which 64 percent of respondents said they would likely watch, including 44 percent who said they were “very likely” to tune in.

The Kansas City Chiefs’ Super Bowl victory over the San Francisco 49ers in early February garnered a TV audience of 100.45 million viewers on FOX, according to Sports Media Watch, up 2 percent from the New England Patriots’ 2019 defeat of the Los Angeles Rams on CBS. 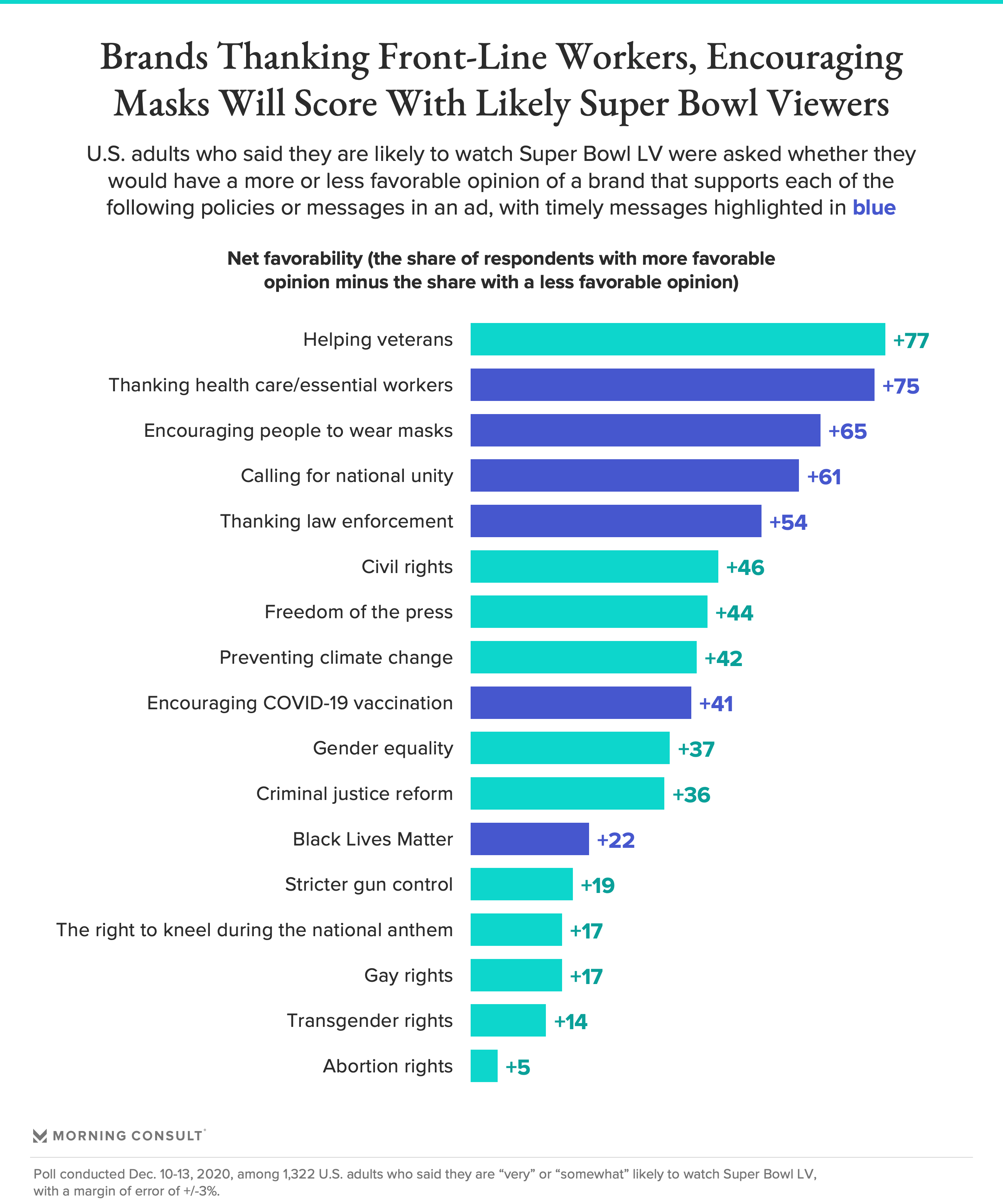 While the pandemic has been portrayed as a politically polarizing issue, the majority of likely Super Bowl viewers said they would view brands that address certain aspects of it more favorably. 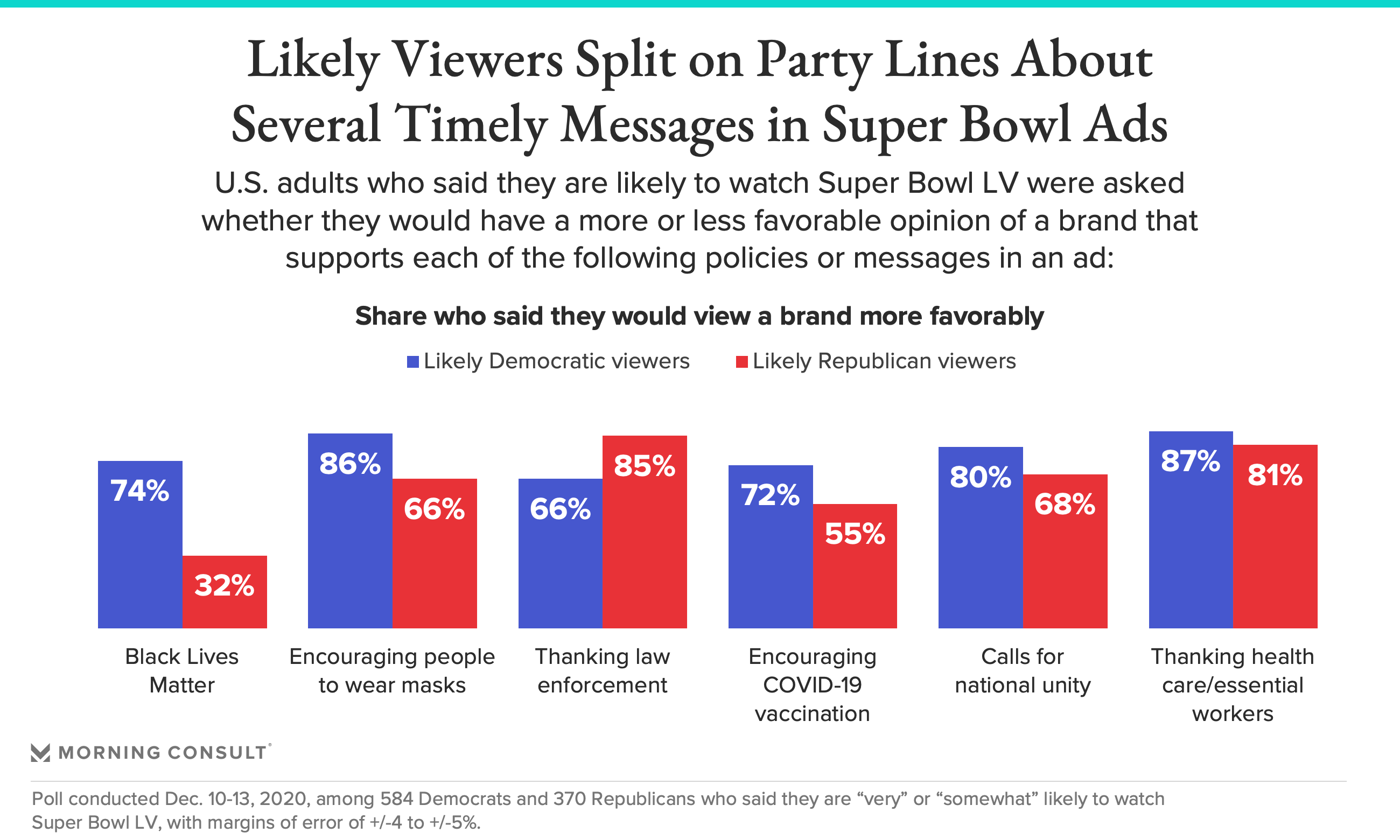 Among likely viewers, Democrats were more likely than Republicans to view brands that incorporate coronavirus-related messaging into their commercials more favorably. They were also far more likely to express rosier views of companies that advocate for the Black Lives Matter movement, a stance the NFL adopted for the 2020 season in the wake of the killing of George Floyd and one taken by many prominent players.

Overall, 63 percent of those likely to watch the game said funny ads are their favorite.

One number to keep an eye on over the next seven weeks is the share of Americans that plan to get together with friends and family to watch the Super Bowl. In the Dec. 10-13 survey, 70 percent of U.S. adults said they are not likely to gather for the game, with more than half saying they are “not likely at all.”

Even among just likely viewers, 59 percent said they are unlikely to watch with friends. It remains to be seen how the continued rollout of COVID-19 vaccines in early 2021 might impact the public’s plans.

Correction: A previous version of this story misstated which Super Bowl adults are likely to watch. It is Super Bowl LV, not Super Bowl LIV.