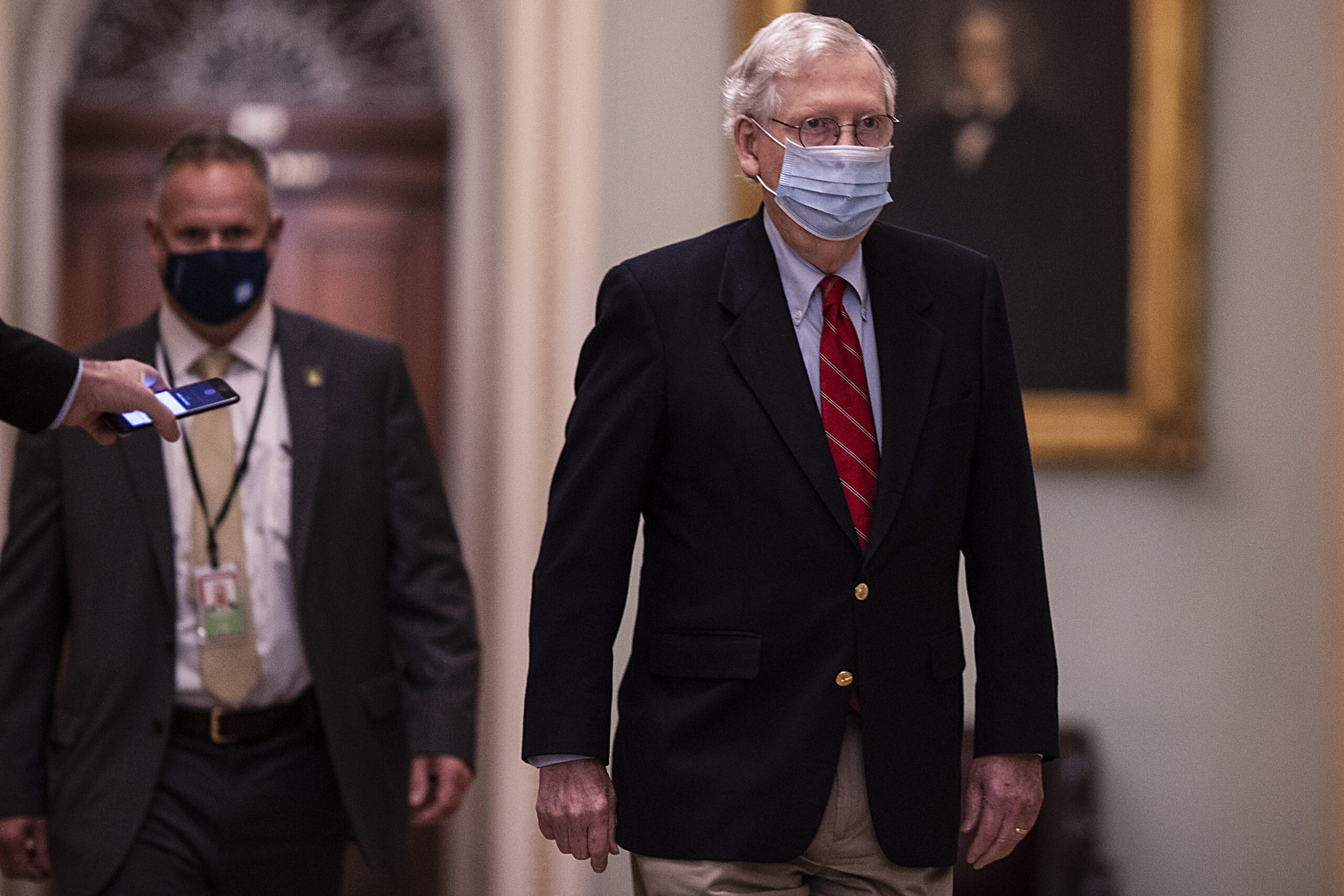 Senate Majority Leader Mitch McConnell (R-Ky.) arrives on Capitol Hill on Dec. 20, 2020, as Republicans and Democrats in the Senate finally came to an agreement on the coronavirus relief bill, with a vote forthcoming. (Tasos Katopodis/Getty Images)
By Claire Williams

Most voters back some form of stimulus payment, but the amount congressional negotiators zeroed in on may be too small for some, according to new Morning Consult/Politico polling.

As coronavirus relief talks started and stopped, one of the most talked-about measures was another round of economic stimulus payments. Thirty-one percent of registered voters say up to $600 per person, the number settled on by lawmakers as part of the economic aid package passed by Congress on Monday night, is the right amount of support to help counter the financial effects of the coronavirus pandemic.

But a higher share (49 percent) thought that the $600 figure wasn’t enough to counter some of the economic turmoil caused by the pandemic. Only 5 percent said it was too much, and 4 percent said the $600 payments shouldn’t be included in the final bill. 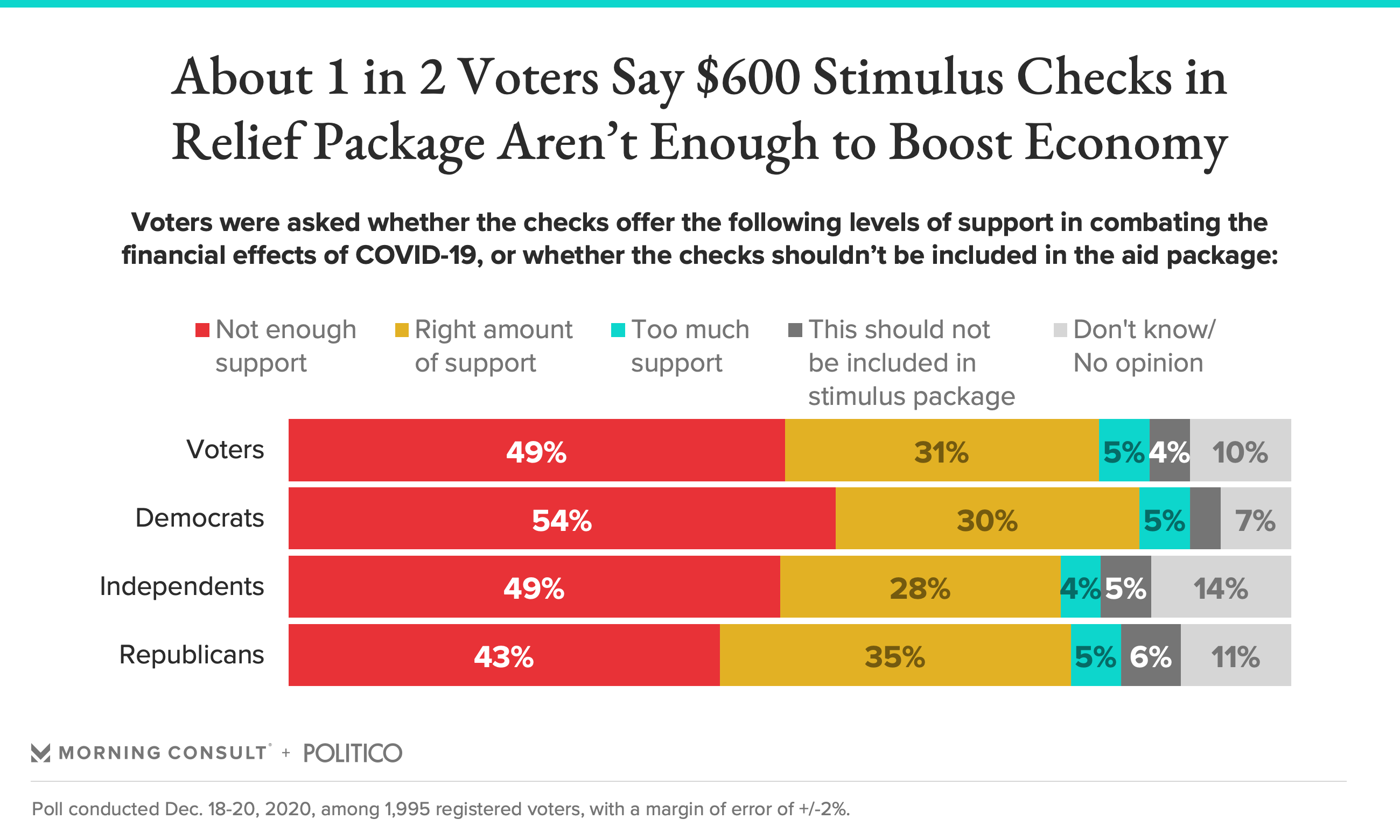 The split was higher among Democrats, with 54 percent saying the $600 checks wouldn’t be enough support, and 30 percent saying it would be the right amount.

A plurality of Republicans said the checks wouldn’t be enough at 43 percent, compared to 35 percent who said $600 would be the right amount.

The survey of 1,995 registered voters was conducted Dec. 18-20 and carries a margin of error of 2 percentage points.

Related: COVID-19 Has Been a Disaster for Main Streets. What the Future Holds for Their Banks Is a Growing Concern

Another effort to combat the housing-related implications of the coronavirus pandemic — $25 billion in emergency assistance to renters — saw results within the margin of error of support for the eviction moratorium, with 23 percent saying it wasn’t enough and 43 percent saying it’s the right amount. Nine percent thought the rental assistance program would offer too much support and 8 percent said it shouldn’t have been included in the package.