In a recent Morning Consult poll, 51 percent of Gen Zers said they will more likely than not watch the NFL’s title game in February. (Ethan Miller/Getty Images)
By Alex Silverman

The Super Bowl is in a league of its own when it comes to television viewership. In an age of unprecedented media fragmentation, the NFL’s title game consistently draws more than 100 million viewers, which in 2020 was nearly four times the largest audience for a non-NFL telecast.

Even the Super Bowl, however, isn’t immune to Generation Z’s increasingly well-documented disinterest in watching sports relative to previous generations. New analysis from Morning Consult shows that a smaller share of Gen Z plan to watch the big game than millennials, Gen Xers and baby boomers. 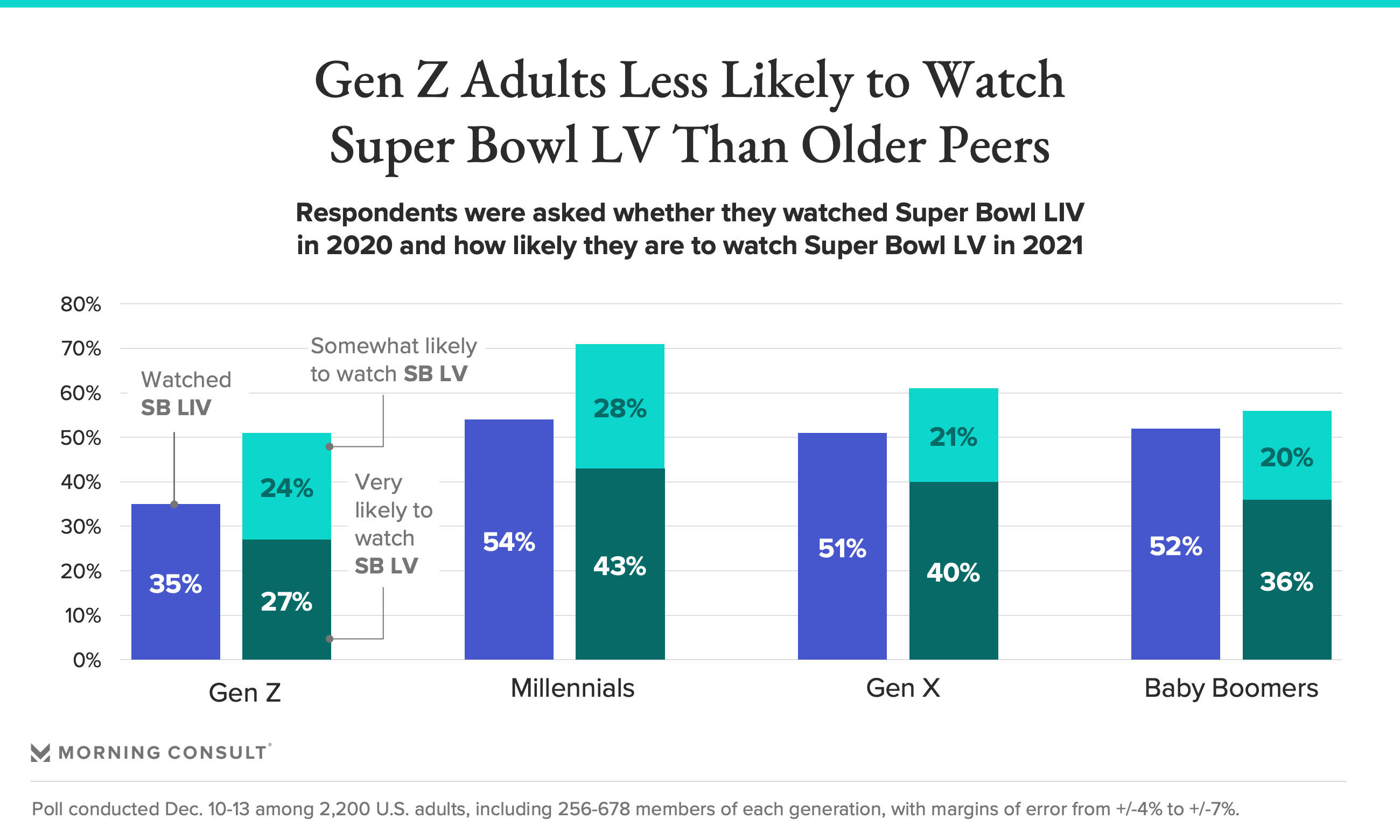 Gen Z adults were also less likely to report having watched the Kansas City Chiefs’ Super Bowl LIV victory over the San Francisco 49ers in 2020. Half of all adults surveyed said they saw last year’s game, compared to only 35 percent of Gen Z respondents.

As long as the Super Bowl maintains its dominant position within the media landscape relative to the competition, its value to the NFL, TV networks and advertisers will only continue to grow. The dip in Super Bowl interest among Gen Z, however, is yet another indicator that the broader sports industry has its work cut out for it when it comes to capturing the attention of the next generation.