13% of U.S. adults said they’re avoiding alcohol this month, while 11% said they’ve participated in the past 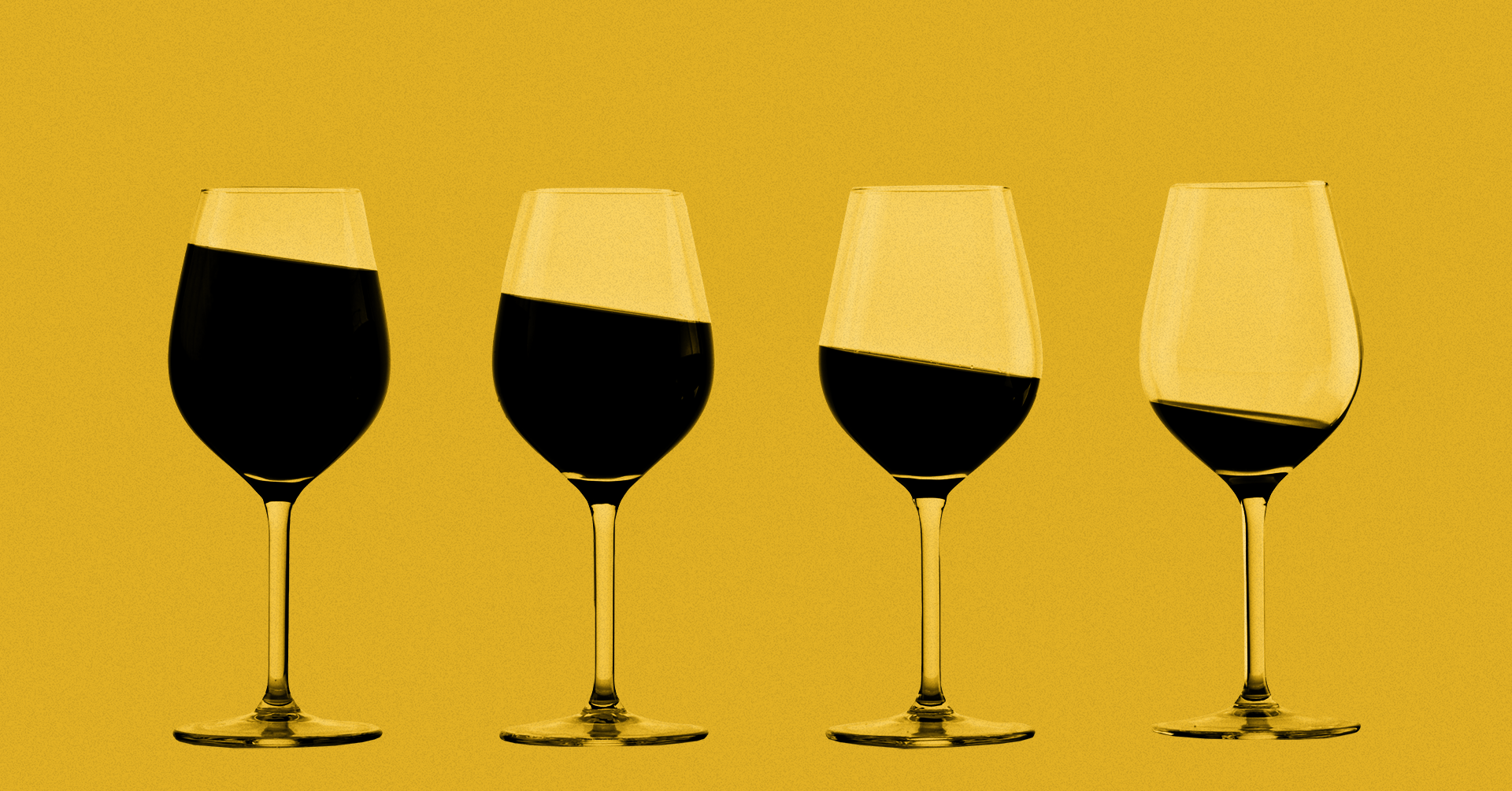 About half of respondents said they opted into Dry January because they believe they've been drinking too much during the pandemic. (Getty Images / Morning Consult artwork by Samantha Elbouez)
By Alyssa Meyers

Despite the chaos of 2020, new Morning Consult polling shows no dramatic shift in the share of adults who will participate in Dry January, a practice in which adults give up drinking alcohol for one month.

Thirteen percent of U.S. adults said they’re giving up drinking for the first month of the year, compared to 11 percent who said they have done so in previous years. The survey was conducted Jan. 4-5, among 2,200 U.S. adults. 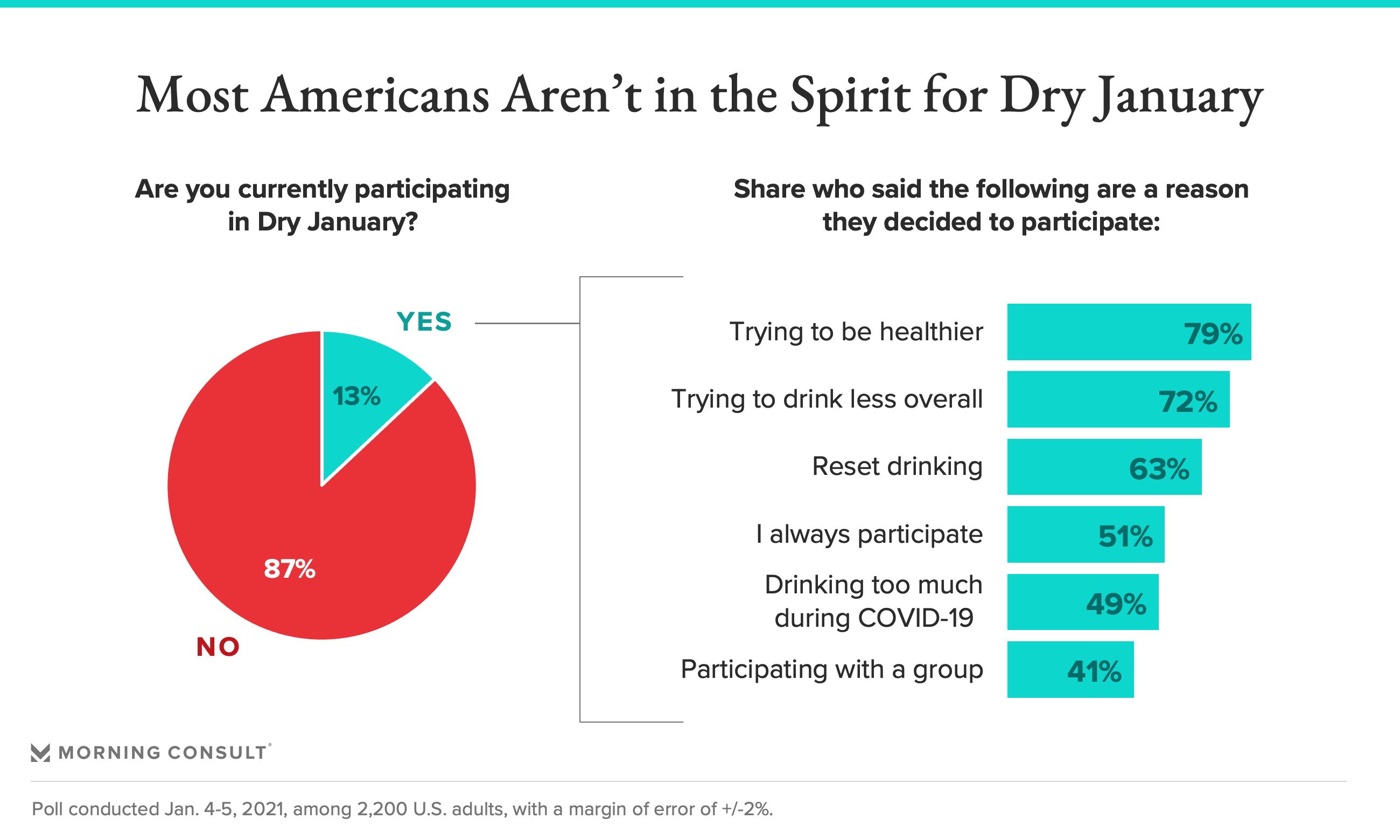 Reasons for partaking in Dry January vary, but the most common explanation among this year’s participants is that they’re trying to be healthier. More than three quarters of adults observing Dry January agreed with that statement, while 72 percent said they’re trying to cut down on drinking overall.

“Generally trying to improve my diet and eating habits, and alcohol represents a lot of excess calories,” one respondent wrote in an open-ended question asking why they were participating.

About half (49 percent) said they opted into Dry January this year because they believe they have been drinking too much during the pandemic. An April 2020 survey from Morning Consult showed Americans were drinking more amid stay-at-home orders, with millennials leading the charge.

With some consumers avoiding alcoholic drinks for a month, opportunities could open up in the non-alcoholic beverage space, a rapidly growing category that posted sales up $1.1 billion in 2019, according to Nielsen.

On Jan. 6, when supporters of President Donald Trump rioted inside the U.S. Capitol, Dry January seemingly got more difficult for some. Folks in the entertainment, media and academic worlds announced on Twitter they had abandoned or paused the practice six days into the year.

Actor Ryan Reynolds, who co-owns liquor brand Aviation Gin, announced the brand’s support of Dry January in his typical tongue-in-cheek fashion, encouraging people to buy tonic water and count it a happy accident if that bottle just so happens to be accompanied by gin.

For others, setting aside alcohol this month never crossed their minds. Almost three quarters of adults (73 percent) said they had not heard about Dry January.

Notably, in response to the open-ended survey question gauging reasons behind participation, many people said they don’t see a need to give up drinking or don’t drink enough in the first place for Dry January to impact their lifestyles.

“If we want to have a drink we will have a drink,” another respondent wrote in the open-ended question.

Going forward, more than half of Americans said they don’t plan to alter their drinking habits: 57 percent said they intend to drink about the same amount in 2021 as they did in 2020. About one-quarter (28 percent) said they expect to drink less this year.