More than half of the public described U.S. vaccination efforts as disorganized and too slow 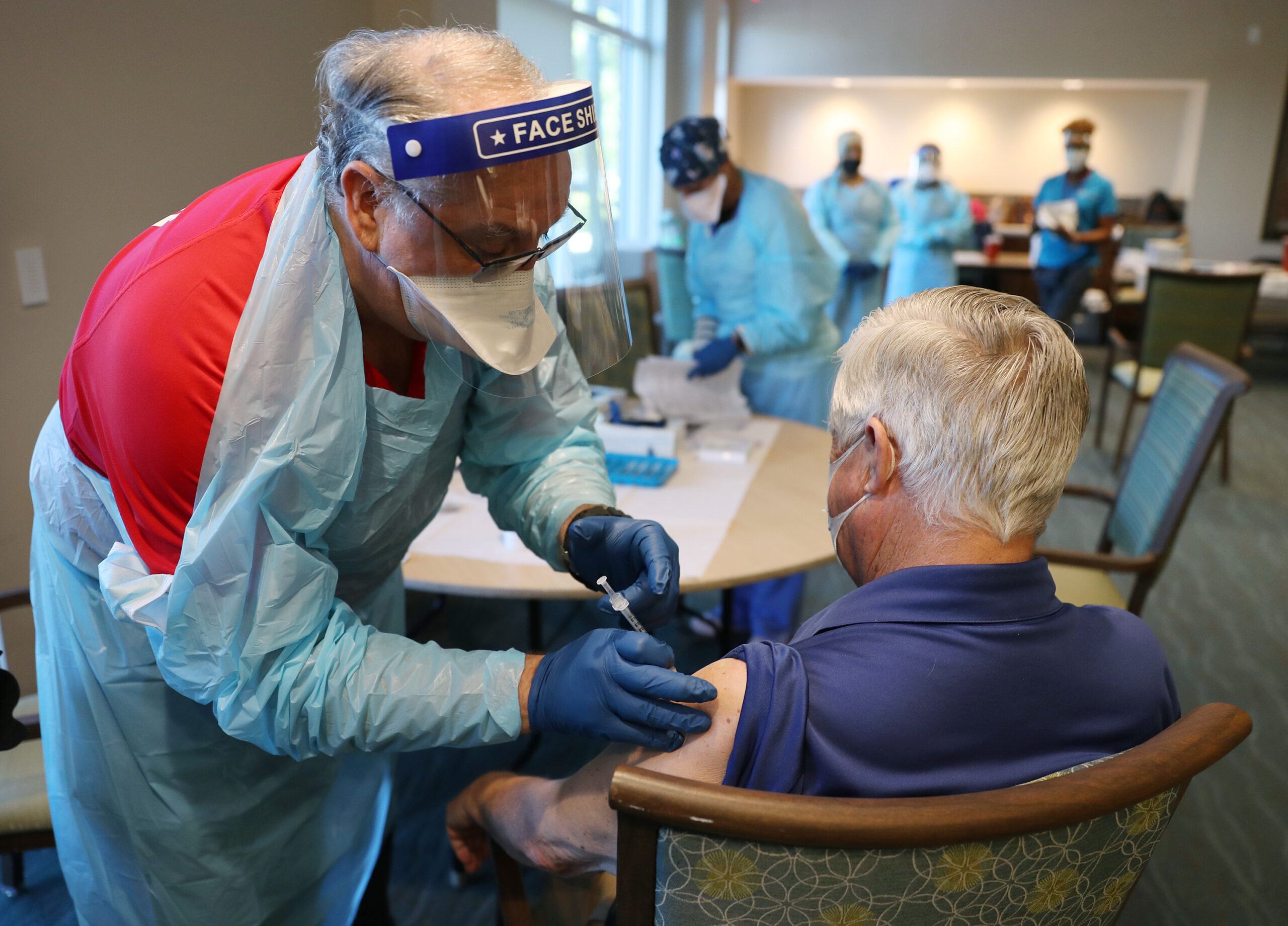 Americans are frustrated with the COVID-19 vaccine rollout and view it as disorganized and too slow, according to a new Morning Consult poll conducted as the pace of immunizations picks up in the United States.

As of Friday morning, nearly 6.7 million people had received their first shot, a pace that is increasing by the day but remains far behind federal health officials’ goal of 20 million by the end of December. The public is keenly aware: 3 in 5 adults described the rollout as frustrating, according to the survey, while more than half said it has been disorganized or too slow and 40 percent said the United States was doing a worse job than other countries. 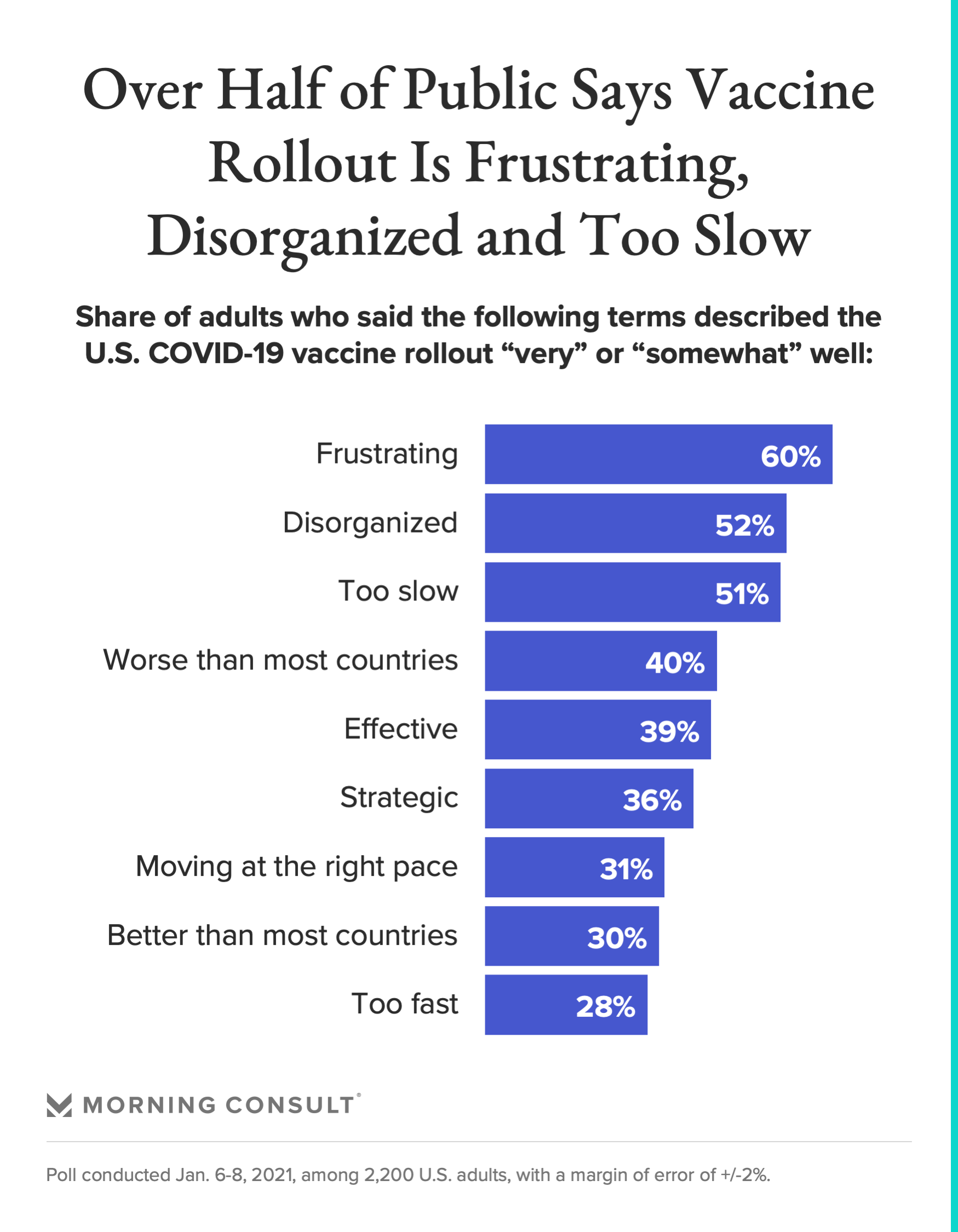 Meanwhile, 39 percent said the process has been effective and 36 percent said it’s been strategic. Just under a third of the public thinks the vaccine rollout has moved at the right pace, and 30 percent said the country is doing better than others, according to the poll, which was conducted Jan. 6-8 among 2,200 U.S. adults and has a margin of error of 2 percentage points.

The survey comes as the Trump administration scrambles to ramp up vaccinations in its waning days and as the incoming Biden administration begins laying out its own plans to immunize millions of Americans in a matter of weeks. On Friday, a spokesperson for President-elect Joe Biden said he would release every available dose in an effort to quickly shore up vaccinations, a break from the Trump administration’s strategy of holding back half of doses to ensure people who got their first shot can get their second dose.

The poll also reflects confusion around the vaccination process, with about 4 in 5 respondents saying they don’t know when they’ll be eligible for a shot and 55 percent saying the government has not done well at keeping them informed. People were most likely to believe they’ll learn when they can get a shot from a health care provider (22 percent) or from their state or local government (17 percent).

Health officials and providers are also working to convince a wary public to get vaccinated. Asked how they feel about the prospect of getting a COVID-19 shot, more than half of adults said they are optimistic and relieved, though many also said they are anxious (47 percent) or afraid (41 percent). 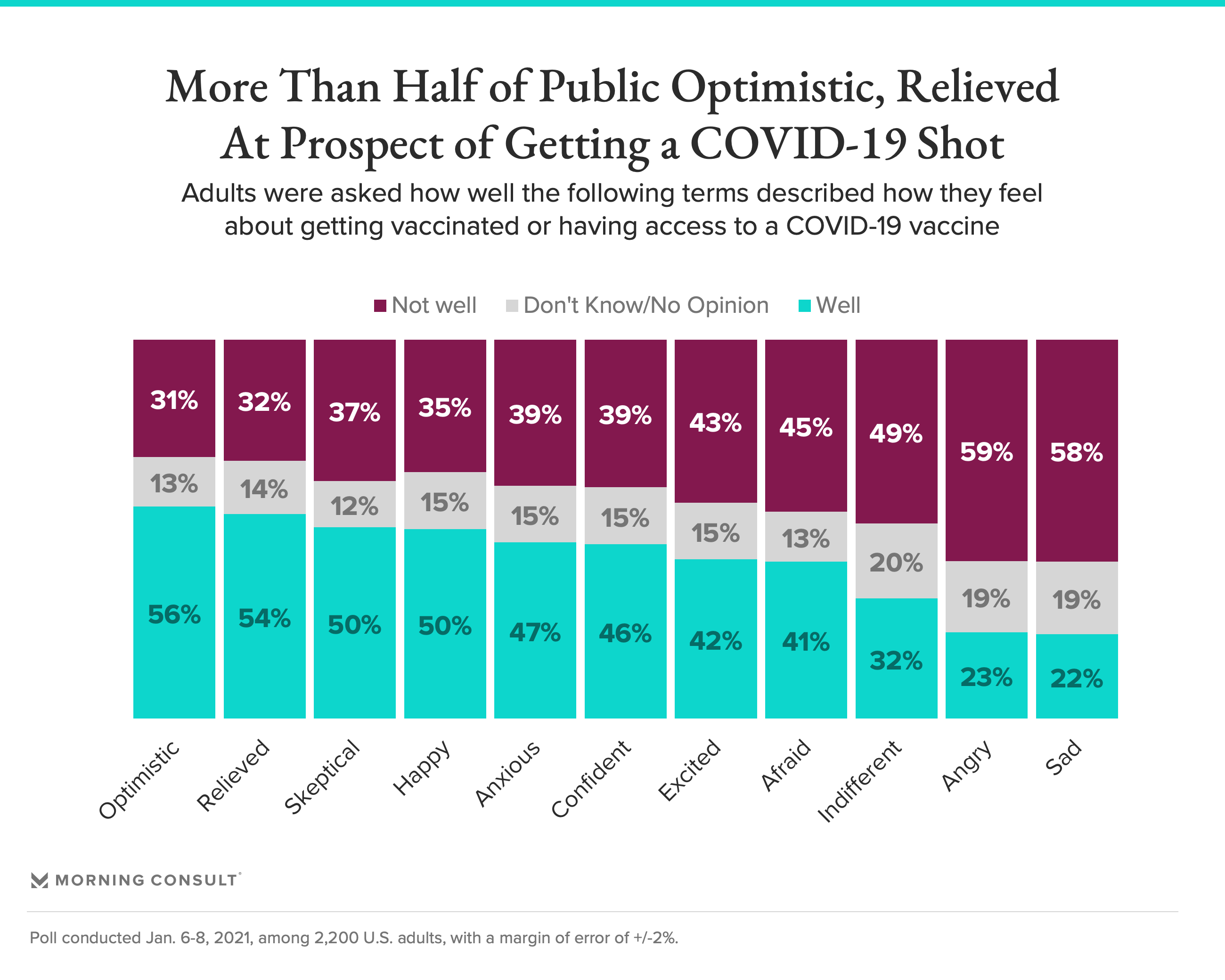 Democrats were more likely than Republicans to report feeling excited, confident and relieved about being vaccinated, but the partisan gap was much smaller for negative feelings about getting a shot. For example, Democrats and Republicans were similarly likely to say they’re skeptical about getting vaccinated: 48 percent to 51 percent, respectively. 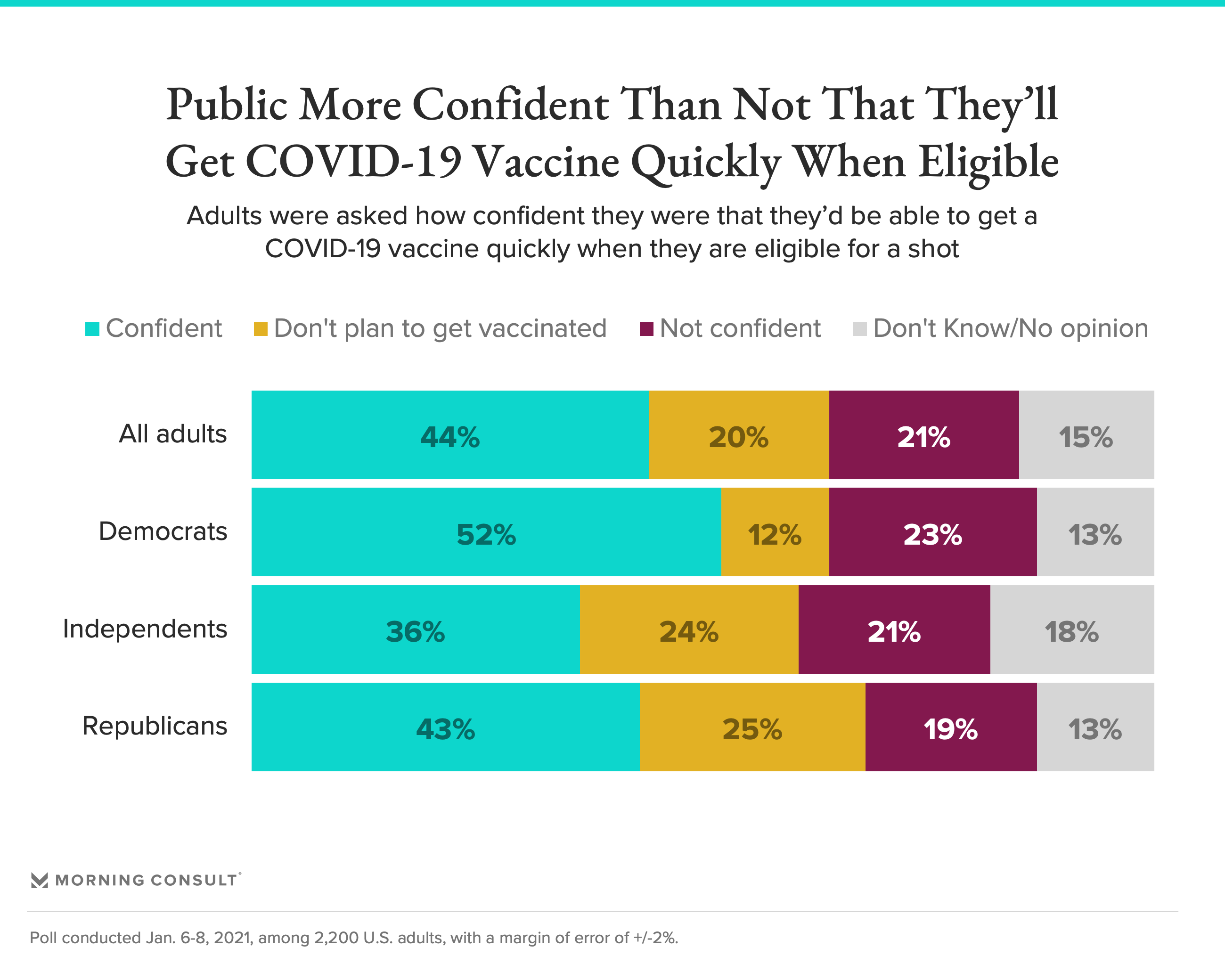 Last week, after reports of vaccine doses expiring, Health and Human Services Secretary Alex Azar urged states to broaden their vaccination efforts to include members of the general public, even if they fall outside of designated priority groups like health care workers, in order to keep doses from going to waste.

Two-thirds of adults agree with that position, the poll shows.