With narrow Democratic control of Washington, additional economic stimulus looks more likely under the incoming administration of President-elect Joe Biden, who has said one of his immediate priorities will be to assemble a new aid package, including $2,000 stimulus checks. 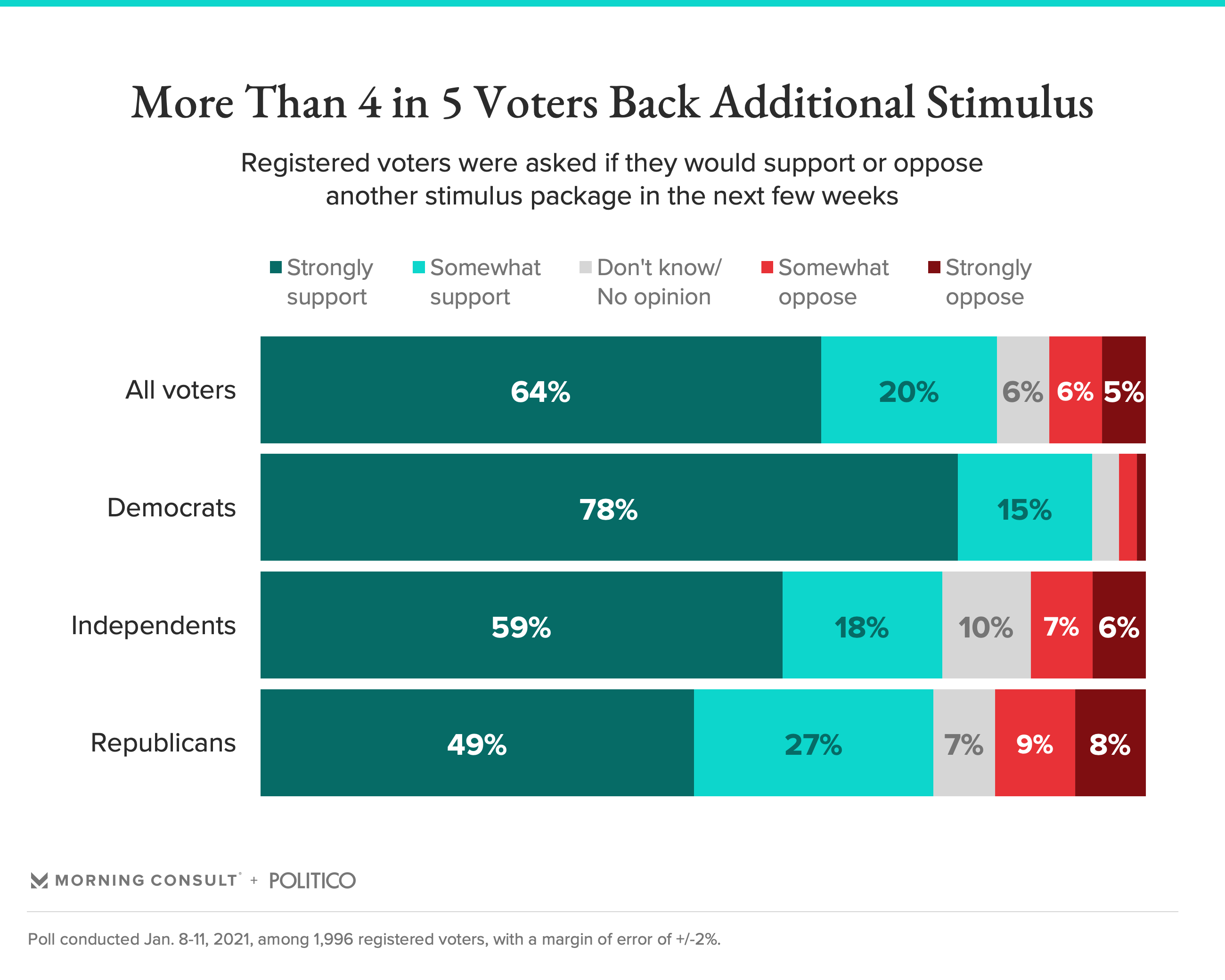 The poll, conducted Jan. 8-11 among 1,996 registered voters, has a margin of error of 2 percentage points.

At 81 percent, Democrats were more likely than independents (64 percent) and Republicans (56 percent) to say that Congress should move immediately.