Favorability for the United States fell in a dozen countries following Jan. 6 acts of insurrection 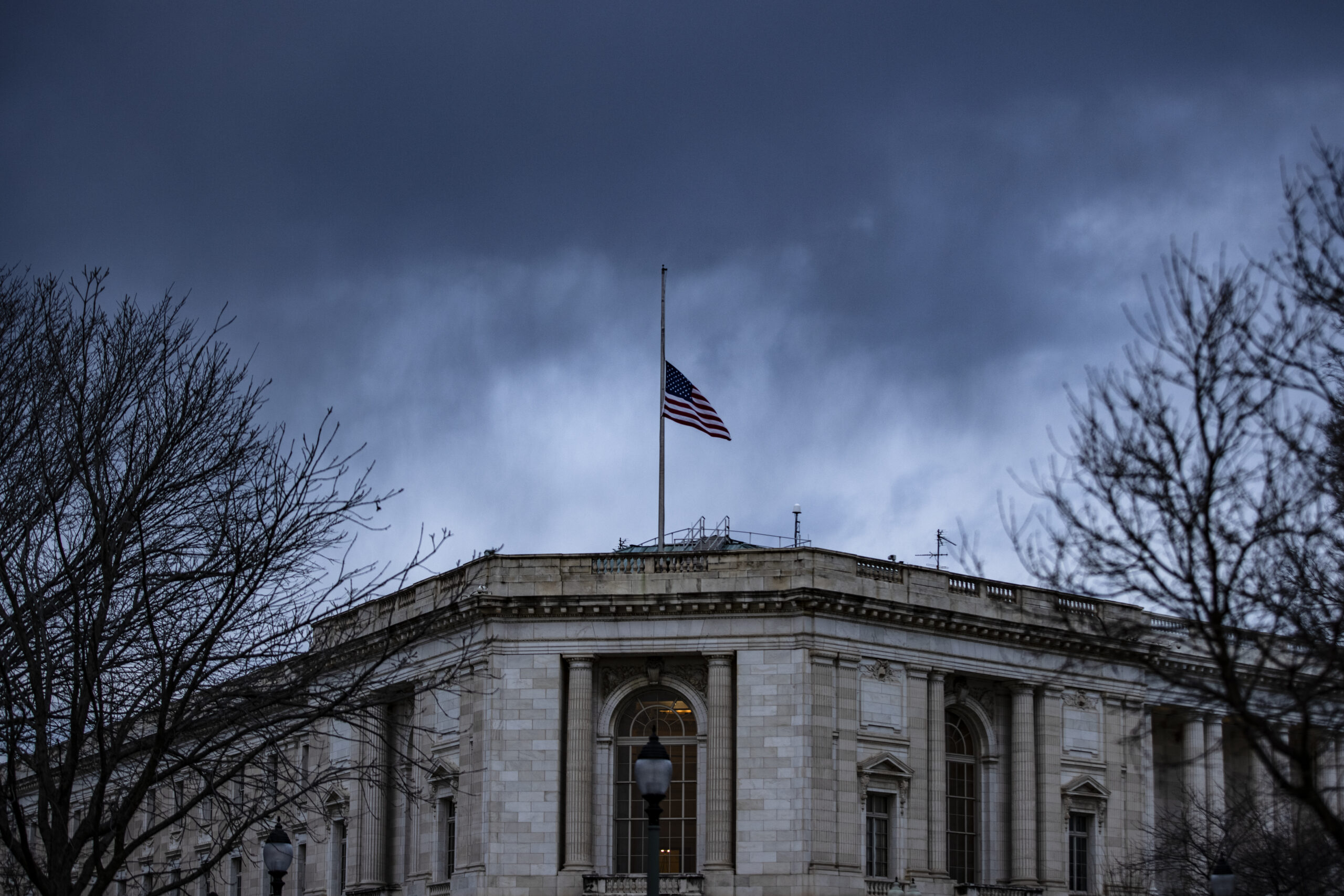 The American flag flies at half staff above the Russell Senate Office Building for Capitol Police Officer Brian Sicknick who was killed in the Jan. 6 attack on the U.S. Capitol by a pro-Trump mob on Jan. 16, 2021 in Washington, DC. Favorability for the United States has dropped in roughly a dozen countries since the riot. (Samuel Corum/Getty Images)
By Eli Yokley

America’s global popularity was generally on the upswing after Joe Biden secured his victory in early November. But following the dramatic scenes of a Jan. 6 riot on Capitol Hill — prompted in part by President Donald Trump’s anti-democratic rhetoric rejecting the legitimacy of the 2020 presidential election — those reputational gains have taken a hit.

According to Morning Consult Political Intelligence polling that tracks sentiment about the United States in 14 other countries, the share of adults with favorable views of the United States is lower in Australia, Canada, India, Mexico, Japan and the United Kingdom than it was when Biden was declared the winner on Nov. 7, while improvements made over the course of two months in France, Italy, South Korea and Spain were largely wiped out after the Capitol riot. 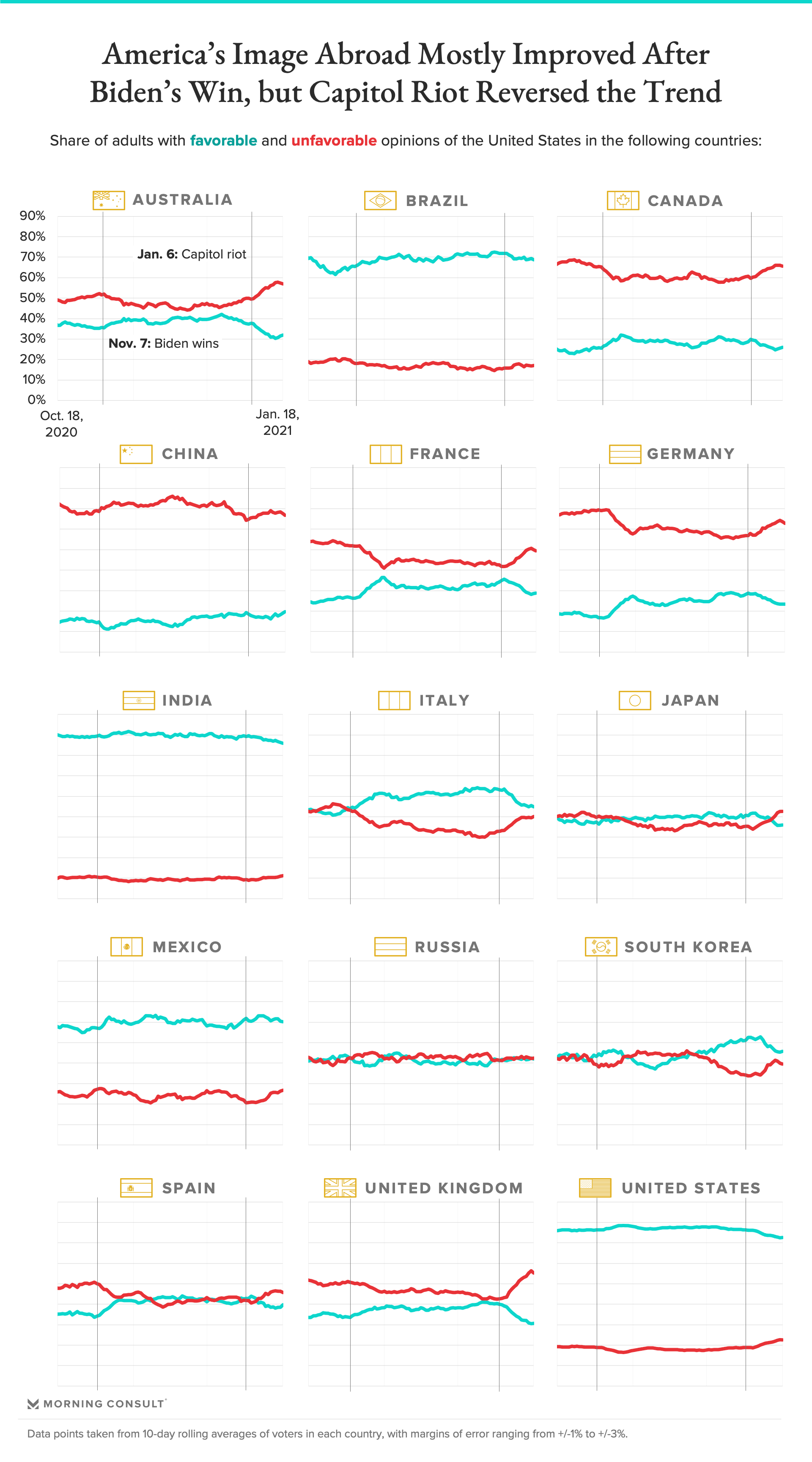 The Jan. 9-18 surveys found that the events of Jan. 6 took the biggest toll on America’s reputation in the United Kingdom, the country responsible for the previous attack on the Capitol during the War of 1812. America’s net favorability — the share with favorable views minus the share with unfavorable views — dropped 22 percentage points among British respondents compared with responses gathered Dec. 27 through Jan. 5.

Over the same time period, America’s net favorability faced double-digit declines among adults in Australia, Canada, France, Germany, Italy, Japan, South Korea and Spain — all places with much to gain from Biden’s plans to re-engage globally and bolster relationships in Europe and Asia in order to counter the influence of Russia and China. 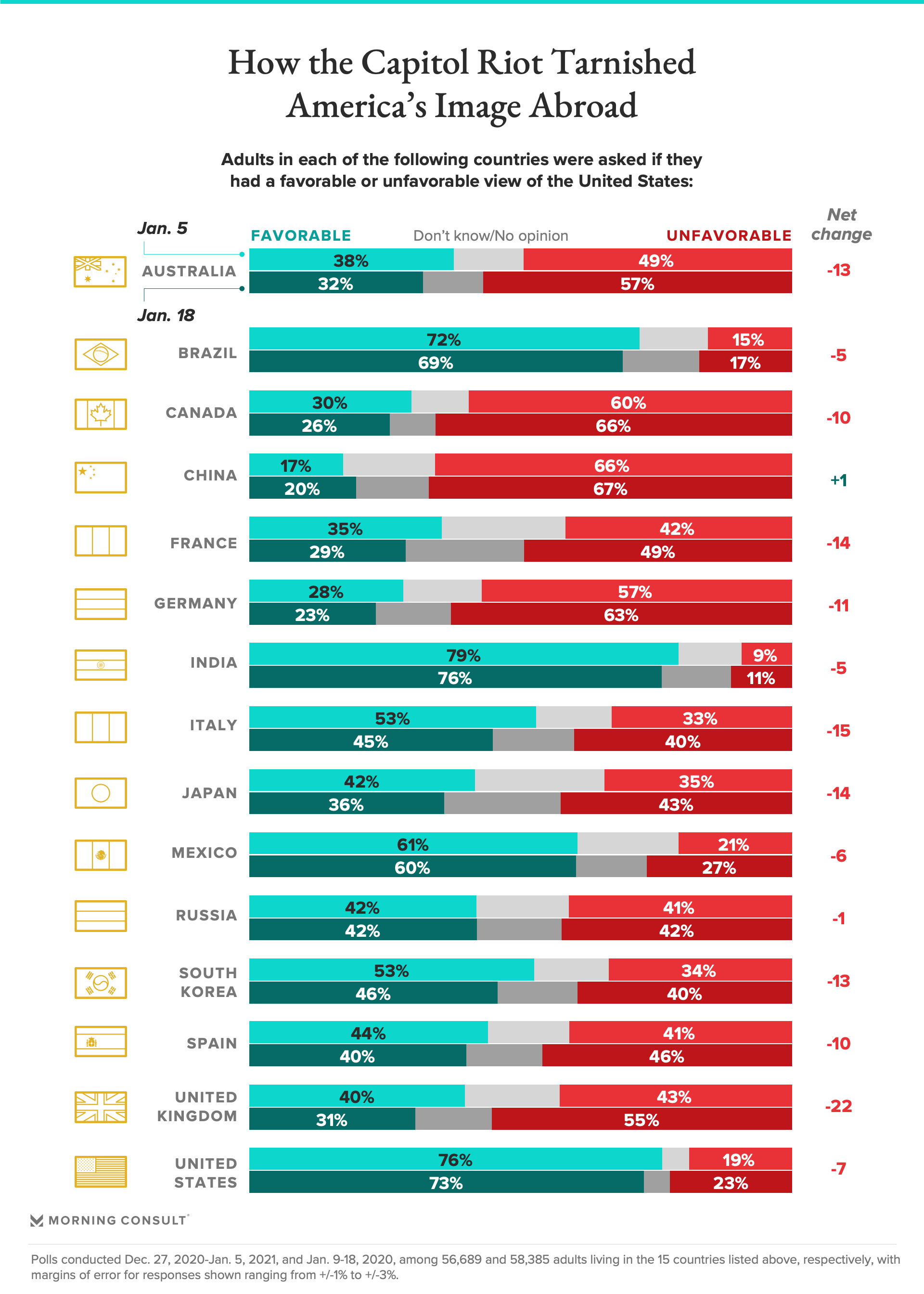 Other data also indicates that the hits to America’s popularity in parts of Europe are tied to the political turmoil — not Biden’s ascendance. A recent survey from Pew Research Center found that adults in France, Germany and the United Kingdom have more confidence in Biden to do the right thing with regard to world affairs than Trump.

Throughout the polling, the United States gets its best marks from adults in India, followed by Brazil.

Domestically, 73 percent of Americans view their own country favorably, down 3 points since the day before the Capitol riot and down 4 points from Nov. 7.