Most voters back mask mandate on federal property; order to re-engage with WHO more divisive 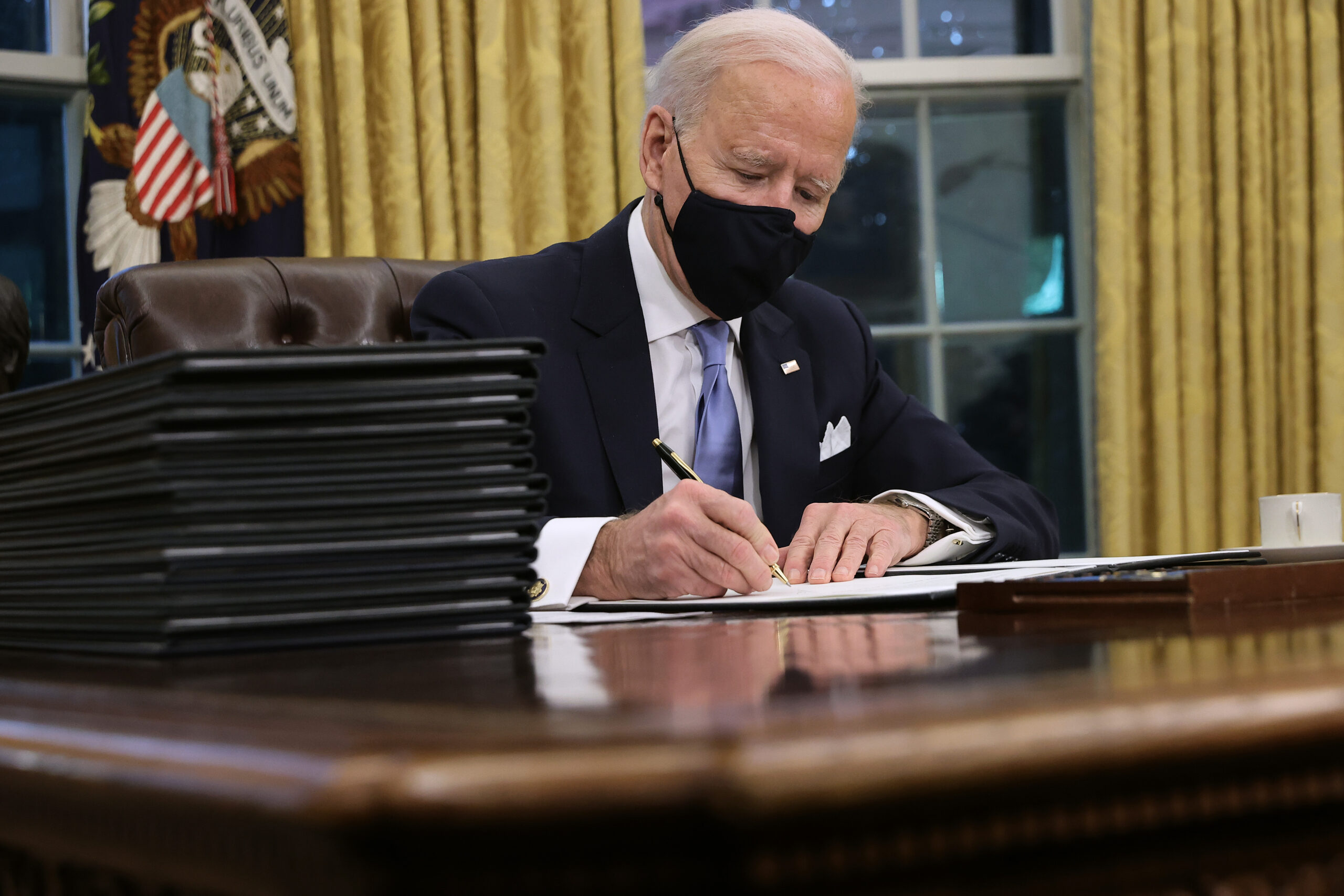 President Joe Biden prepares to sign a series of executive orders at the Resolute Desk in the Oval Office just hours after his inauguration on Jan. 20, 2021, in Washington, D.C. (Chip Somodevilla/Getty Images)
By Gaby Galvin

Hours after being sworn in Wednesday, one of Joe Biden’s first official acts as president was to require that people wear masks on federal property, among the many executive orders issued in a sharp turn from the Trump administration’s pandemic response. A new Morning Consult survey indicates most voters are on board.

Overall, 68 percent of voters, including 90 percent of Democrats and 47 percent of Republicans, said they are in favor of the mask mandate — a higher level of support than nearly any other executive order included in the survey, which, in addition to pandemic-related actions, also included measures on immigration, climate change and student loans.

Meanwhile, 21 percent of voters, mostly Republicans and independents, said they oppose the mask mandate, according to the poll, which was conducted Jan. 20-21 among 1,993 registered voters and has a margin of error of 2 percentage points.

After the survey was conducted, Biden issued another order requiring people to wear masks on airplanes, trains, buses and at airports. 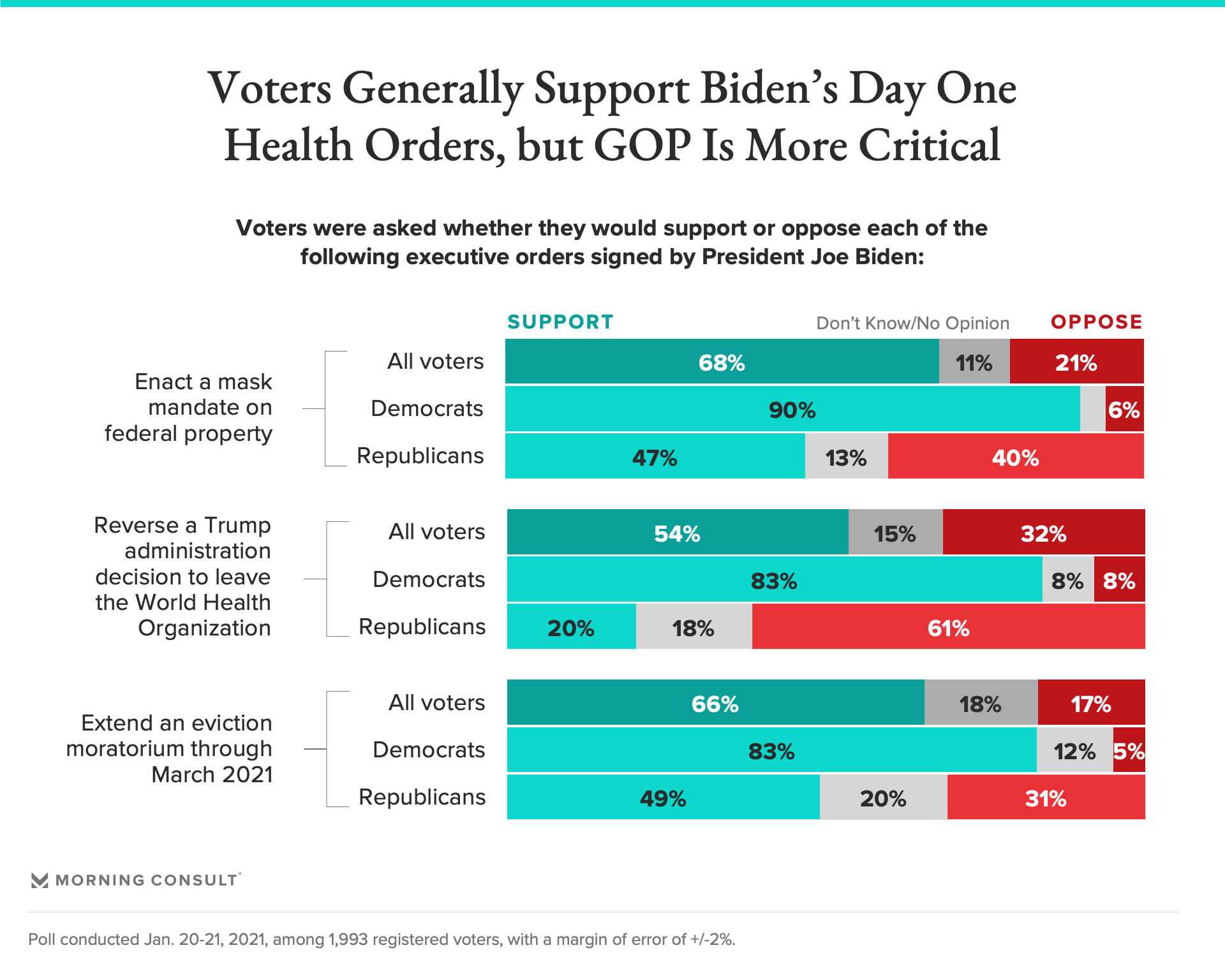 “I want to be clear that the federal government cannot solve this crisis alone; we’ll ask every American to do their part,” Jeff Zients, Biden’s COVID-19 coordinator, said on a call with reporters Wednesday evening.

The new administration is leaning heavily on executive action to combat the pandemic in Biden’s first days in office, but not all of the president’s immediate health actions have been warmly received: 54 percent of voters support Wednesday’s order to reverse a Trump administration decision to leave the World Health Organization. But 61 percent of Republican voters oppose the move, and House Republicans slammed the decision.

Biden’s team is moving quickly to re-engage with the group. On Thursday, Dr. Anthony Fauci, the nation’s top infectious disease expert and Biden’s chief medical adviser, told the WHO’s executive board that the United States would “look to strengthen” the relationship and fulfill its financial obligations to the health body.

Meanwhile, 2 in 3 voters support Biden’s decision to extend a moratorium on residential evictions through March, a measure the Centers for Disease Control and Prevention initially enacted in September in an effort to slow the spread of the virus. Among Biden’s day one health orders, Republican voters were most likely to support this one, at 49 percent, though another 31 percent opposed it. It carried wide appeal among Democrats, 83 percent of whom were in favor.

“We do need Congress to act and act quickly,” Zients said.