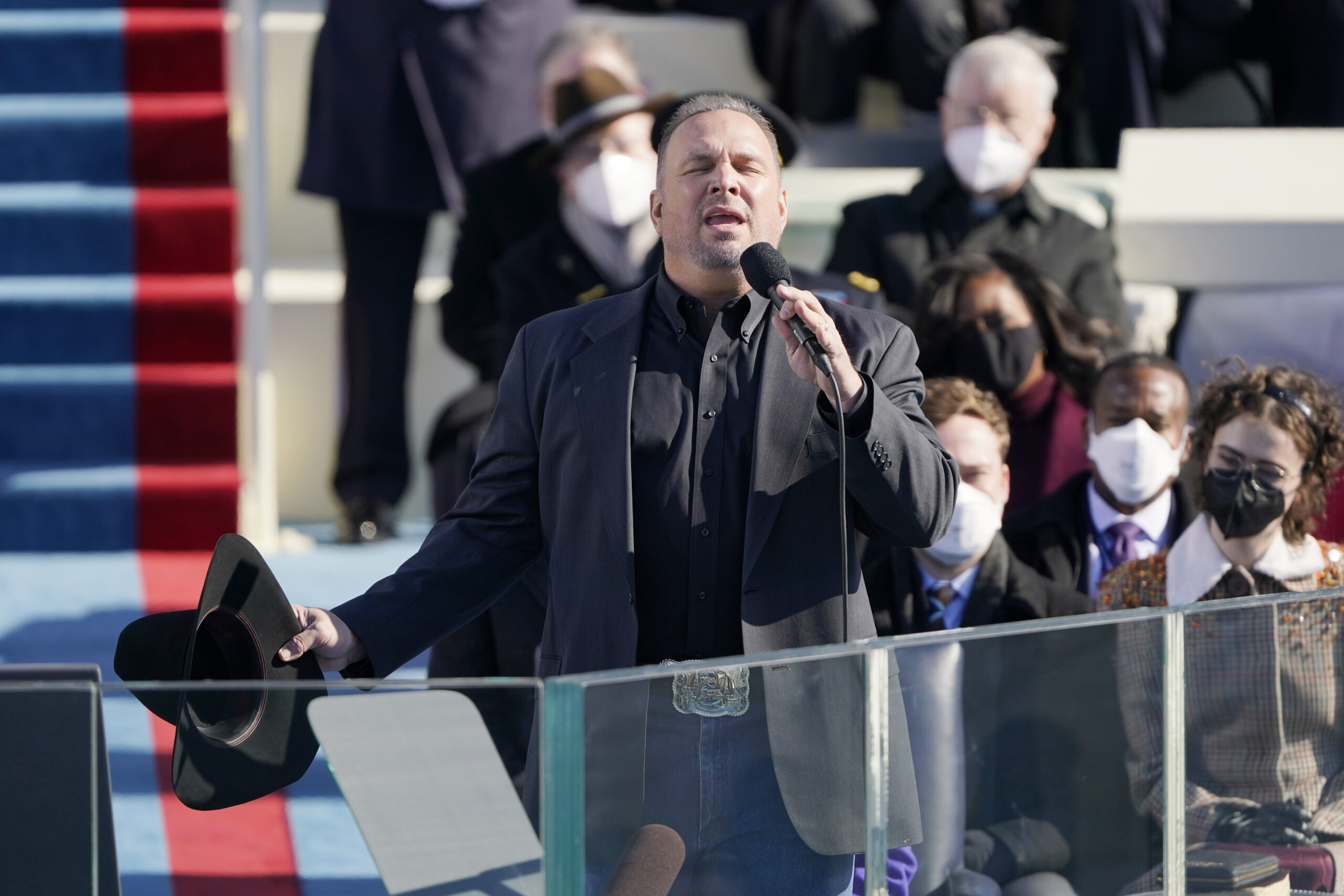 Country singer Garth Brooks caused a stir among his more conservative fans when he performed “Amazing Grace” during Wednesday’s inauguration of President Joe Biden. Now, new polling finds that his popularity has fallen among Republican voters. 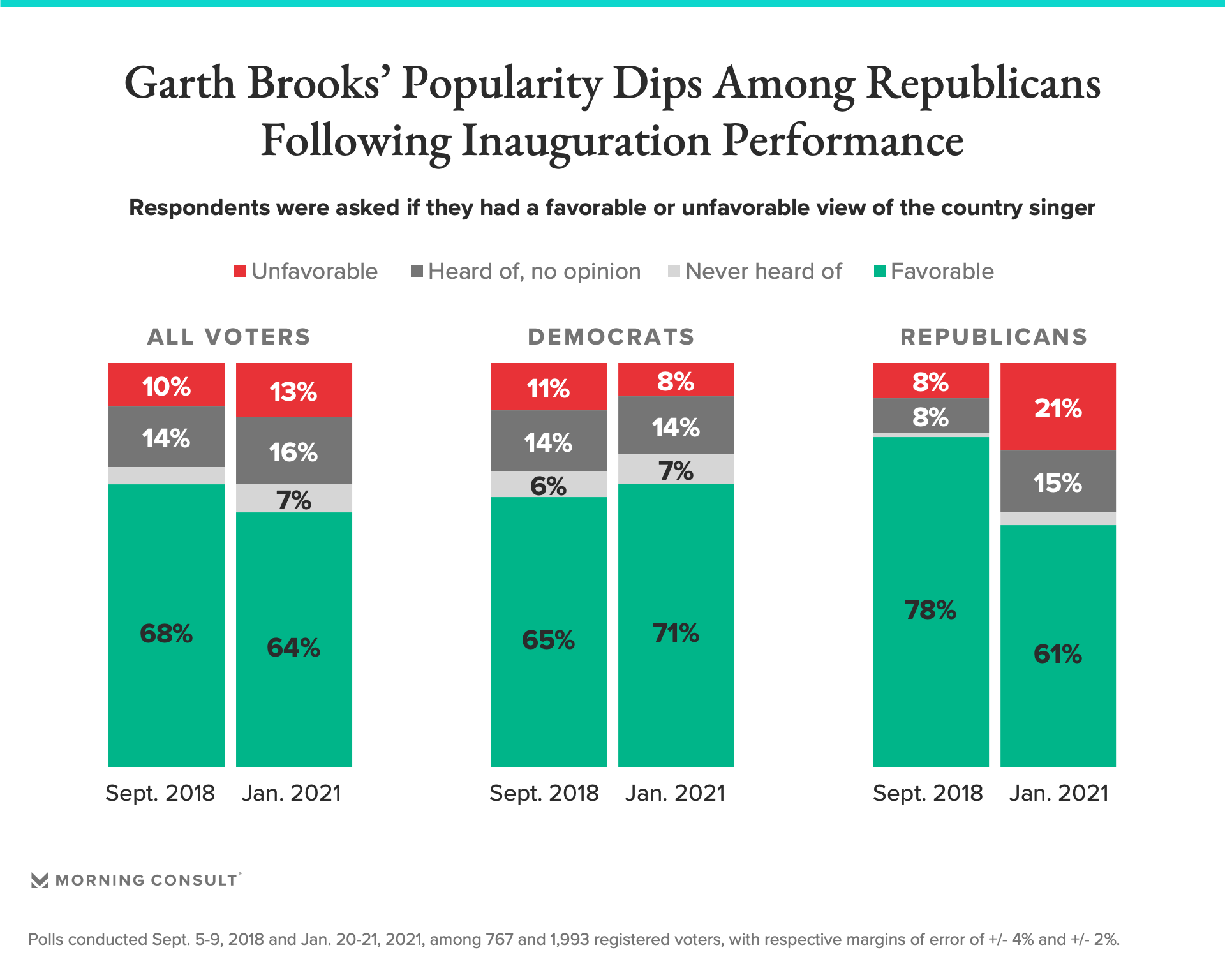 The Jan. 20-21 Morning Consult survey of 1,993 registered voters found that post-inauguration, 64 percent of those surveyed had a favorable view of the singer, 4 points lower than his favorability rating in a Sept. 5-9, 2018 survey of 767 registered voters. The January survey has a margin of error of 2 percentage points, and the September survey has a 4-point margin of error.

Among Republicans, Brooks’ favorability rating dropped double digits: In 2018, 78 percent held a favorable view of the singer, but in the most recent survey, 61 percent favored him. Democrats had a more favorable view of the country crooner, with his popularity climbing 6 points among that demographic.

Ahead of his performance, Brooks, who reportedly identifies as a Republican and was asked to perform by First Lady Dr. Jill Biden, said his performance was “not a political statement, this is a statement of unity.” Brooks previously performed at former President Barack Obama’s inauguration in 2009 and was asked to perform at former President Donald Trump’s, but skipped it due to a scheduled concert.