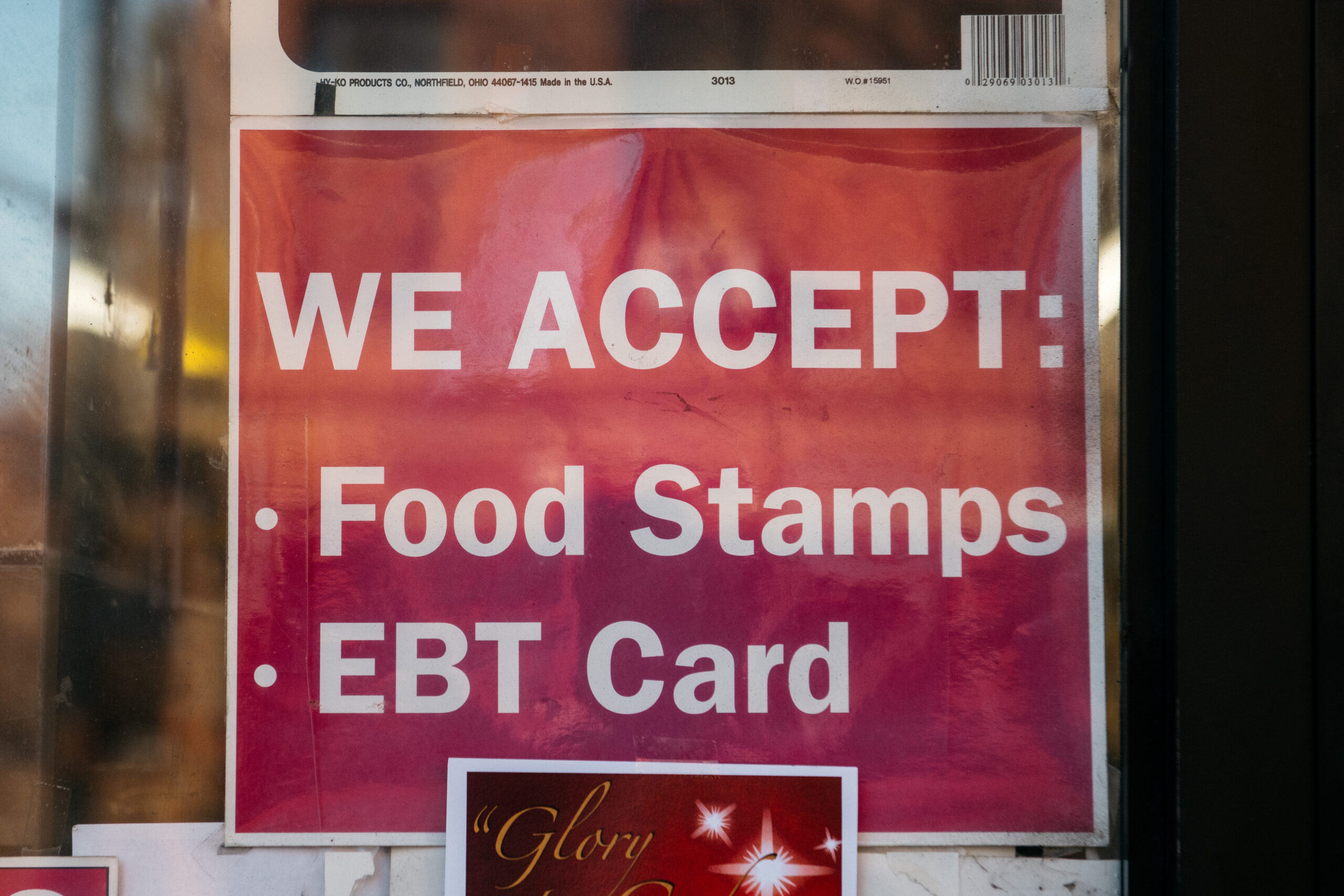 So far, several of President Joe Biden’s economic policy pushes — from extending the pause on federal student loan payments to asking Congress for more direct stimulus checks — have been broadly popular, some with significant backing among Republican voters.

His new one, which calls for an increase in food stamp benefits, is no exception with the overall electorate, though GOP backing on this measure is decidedly split.

Last week, Biden signed a flurry of executive orders, including one directing the Department of Agriculture to allow states to expand the Supplemental Nutrition Assistance Program, which provides benefits commonly referred to as food stamps. According to new Morning Consult/Politico polling, 67 percent of voters “strongly” or “somewhat” supported the executive order on food stamps, while 24 percent “strongly” or “somewhat” opposed it. 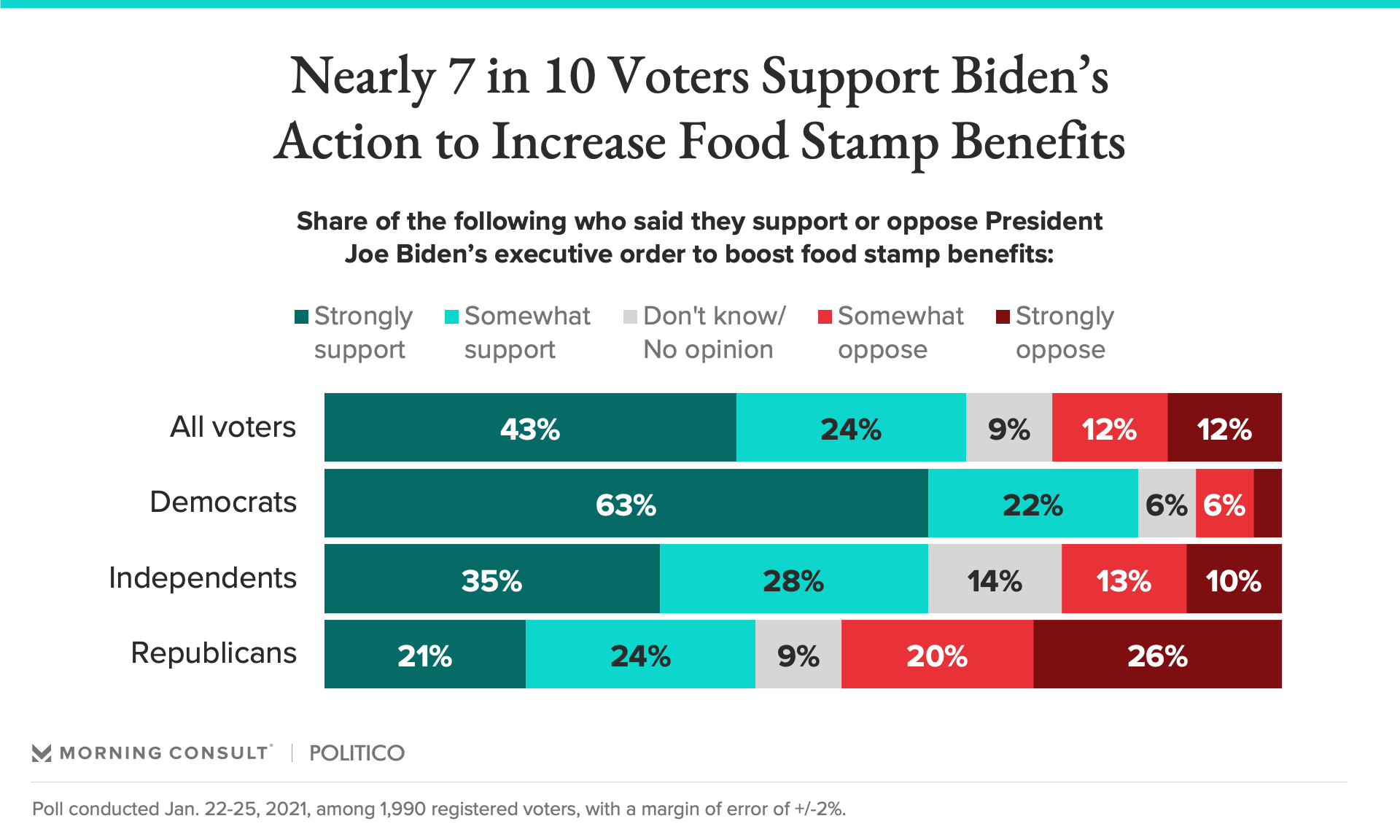 Democrats backed the measure overwhelmingly, with 63 percent strongly supporting the measure and another 22 percent somewhat supporting it. Only 9 percent of Democrats said they opposed it.

Republicans were split down the middle, with 45 percent supporting the measure to some degree and 46 percent opposing it. Among independents, 63 percent support expanding food stamp benefits compared with 23 percent who oppose the idea.

The poll, which surveyed 1,990 registered voters from Jan. 22-25 and has a margin of error of 2 percentage points, also found that Biden’s executive order asking the Department of Education to extend the suspension of federal student loan payments through Sept. 30, 2021, was supported by 68 percent of voters.

Eighty-six percent of Democrats backed the order, as did 49 percent of Republicans, with 40 percent of GOP voters opposed.

Additionally, 67 percent of voters backed Biden’s executive order extending a moratorium on evictions through March. That action had the backing of 81 percent of Democrats, 64 percent of independents and 51 percent of Republicans.

The results reflect an overall mandate for Biden on economic policy early in his term, especially when it comes to providing aid to small businesses and individuals.

More than 4 in 5 voters back additional economic stimulus, which Biden has pushed in the form of a $1.9 trillion spending plan. And 82 percent said that additional small business aid should be a priority for the federal government under the Biden administration, while 79 percent said the same about new stimulus checks, according to Morning Consult polls conducted earlier this month.

Biden’s student loan forgiveness plan of canceling up to $10,000 in student debt per borrower, meanwhile, garnered support from 56 percent of voters.