Democrats and independents fuel uptick in support from four years ago 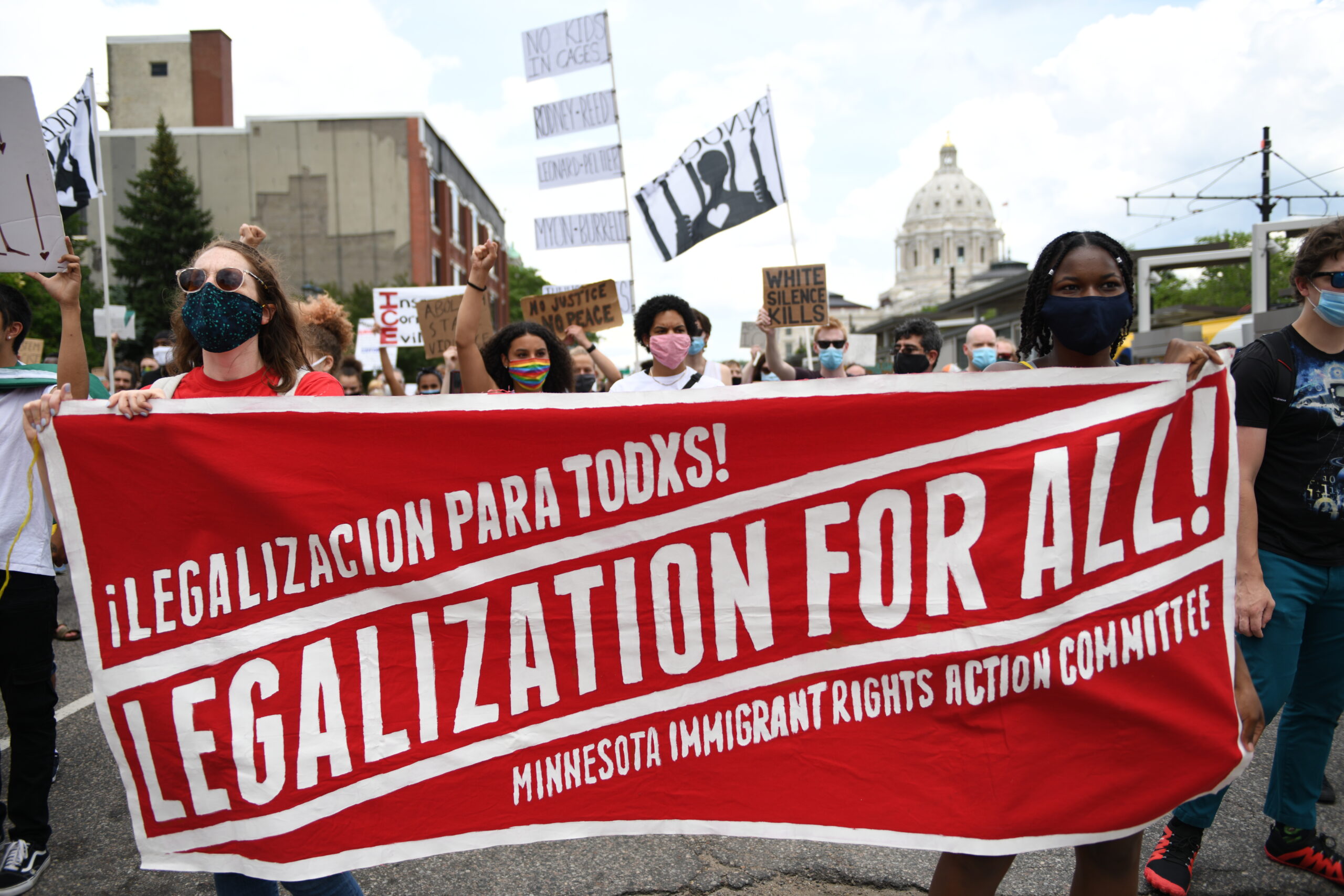 Protesters stand at an intersection on June 21, 2020 in St. Paul, Minn. The share of voters who support a path to citizenship for undocumented immigrants has increased 11 points since 2017. (Brandon Bell/Getty Images)
By Cameron Easley

President Joe Biden’s plan to offer a path to citizenship to the estimated 11 million people residing in the United States illegally is backed by a majority of voters, a double-digit increase in support since the start of the Trump administration four years ago.

Fifty-seven percent of voters in a new Morning Consult/Politico poll said that undocumented immigrants should be allowed to stay in the country and become citizens if they meet certain requirements, up 11 percentage points from an April 2017 survey. The uptick is driven by respective 14- and 8-point increases among Democratic and independent voters, who were less likely than they were four years ago to say that these immigrants should be allowed to stay legally, but not become citizens. 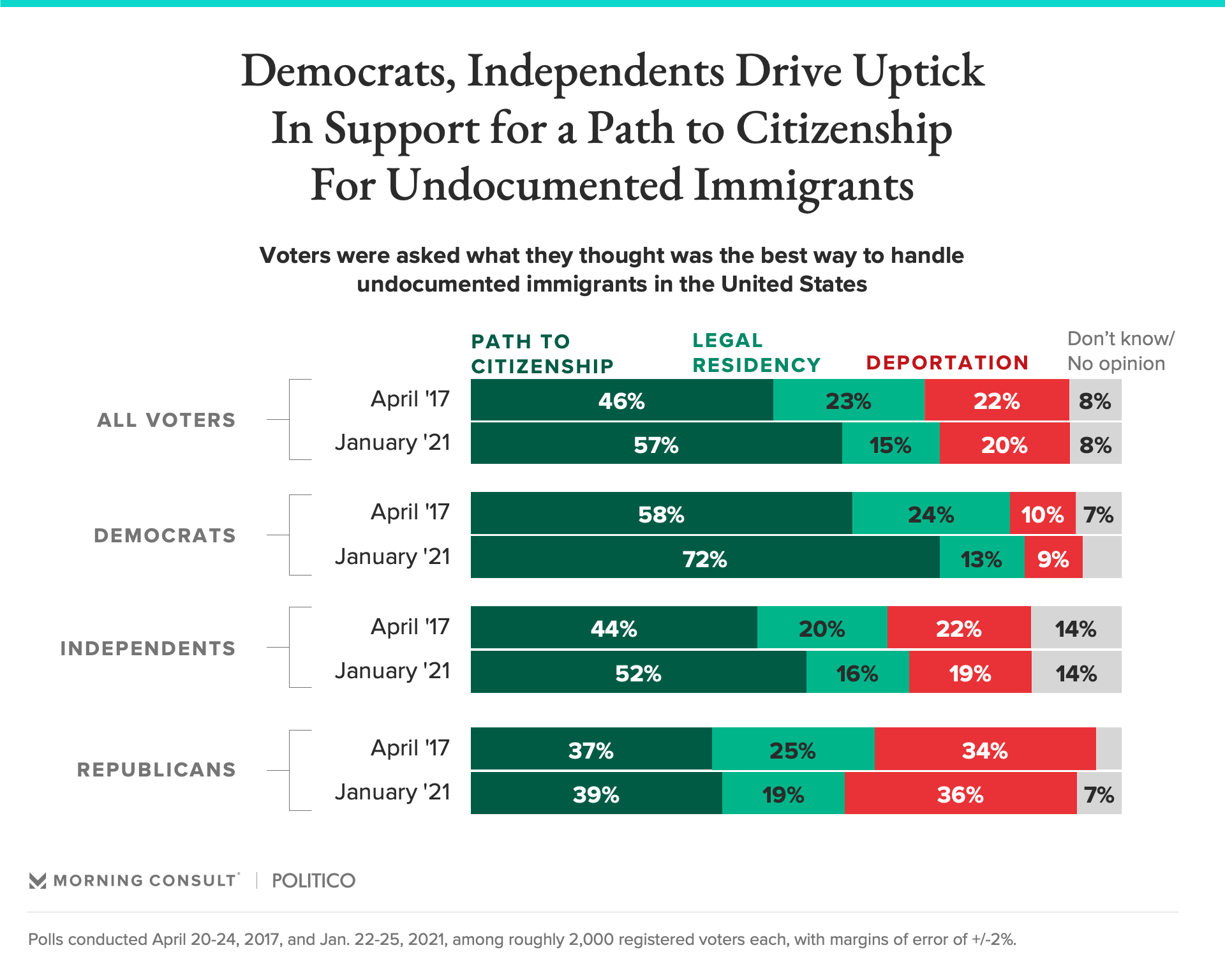 The share of Republicans who support potential citizenship for undocumented immigrants (39 percent) is virtually unchanged from four years ago, and is roughly equal to the share of GOP voters who said those immigrants should be deported (36 percent). The latest poll was conducted Jan. 22-25 among 1,990 registered voters, with a 2-point margin of error.

Under the current conditions on Capitol Hill, Biden’s plan in its nascent form faces long odds of passage. Due to the legislative filibuster, Senate Democrats would need the support of at least 10 Republicans in order to advance the plan, and two of the chamber’s five remaining conservatives who supported immigration reform in 2013 — Lindsey Graham of South Carolina and Marco Rubio of Florida — have been critical of the administration’s opening position on the issue.

Action on immigration reform falls in the middle of the pack for the list of congressional priorities that Morning Consult regularly tracks, with 30 percent calling it “a top priority,” similar to the share who said the same of measures to overhaul the nation’s infrastructure, reduce inequality or place additional restrictions on gun ownership. 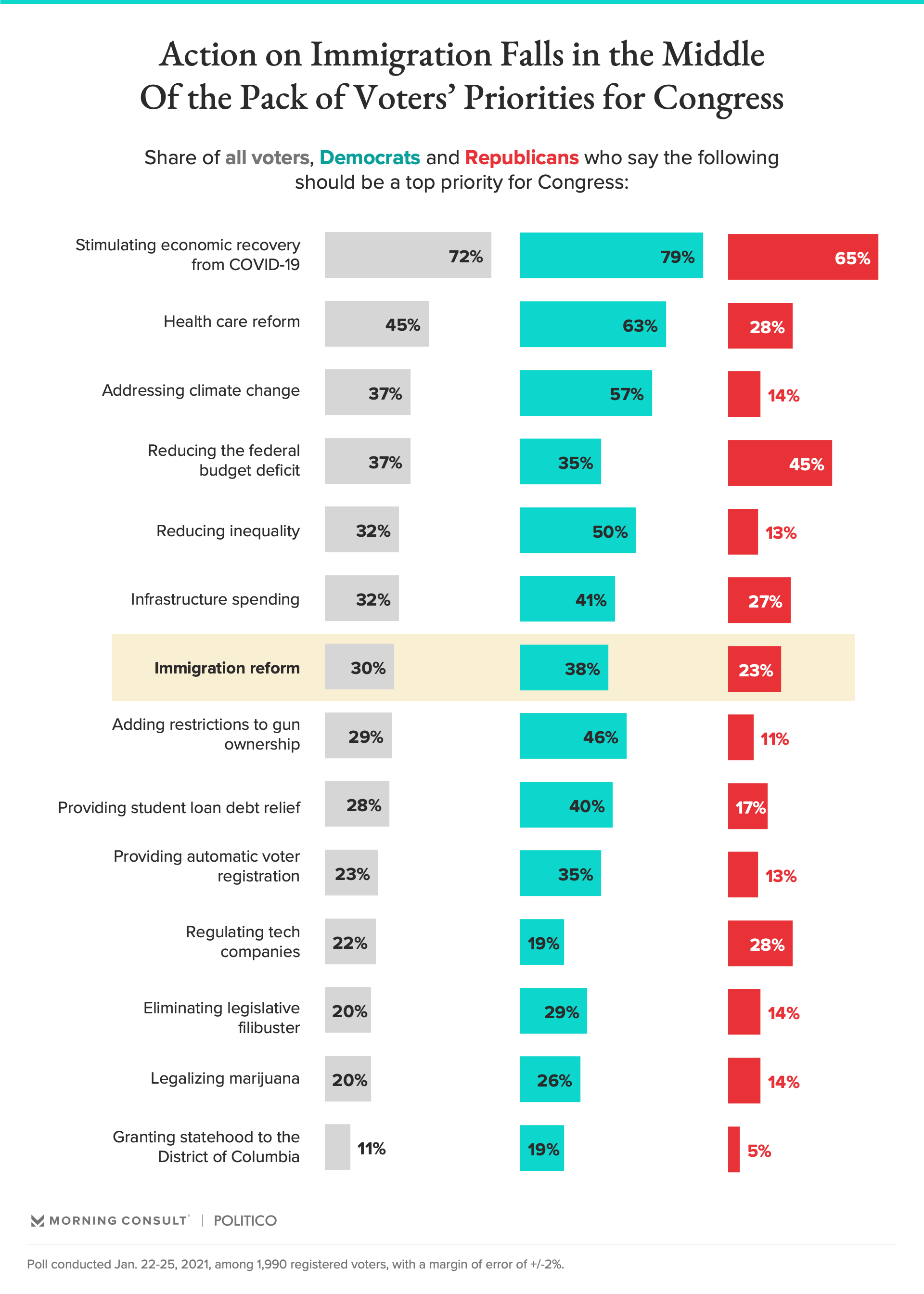 More voters (37 percent) prioritized action to mitigate the effects of climate change or reduce the federal budget deficit, with steps to revive the economy (72 percent) and overhaul the country’s health care system (45 percent) being favored by the largest portions of the electorate.

Thirty-eight percent of Democrats said passage of an immigration overhaul should be a top priority for Congress, compared with only 23 percent of Republicans, who were just as likely to say that Congress should make no changes at all to the U.S. immigration system.