38% of U.S. adults are rooting for Kansas City to repeat as NFL champs; 41% expect Chiefs to win 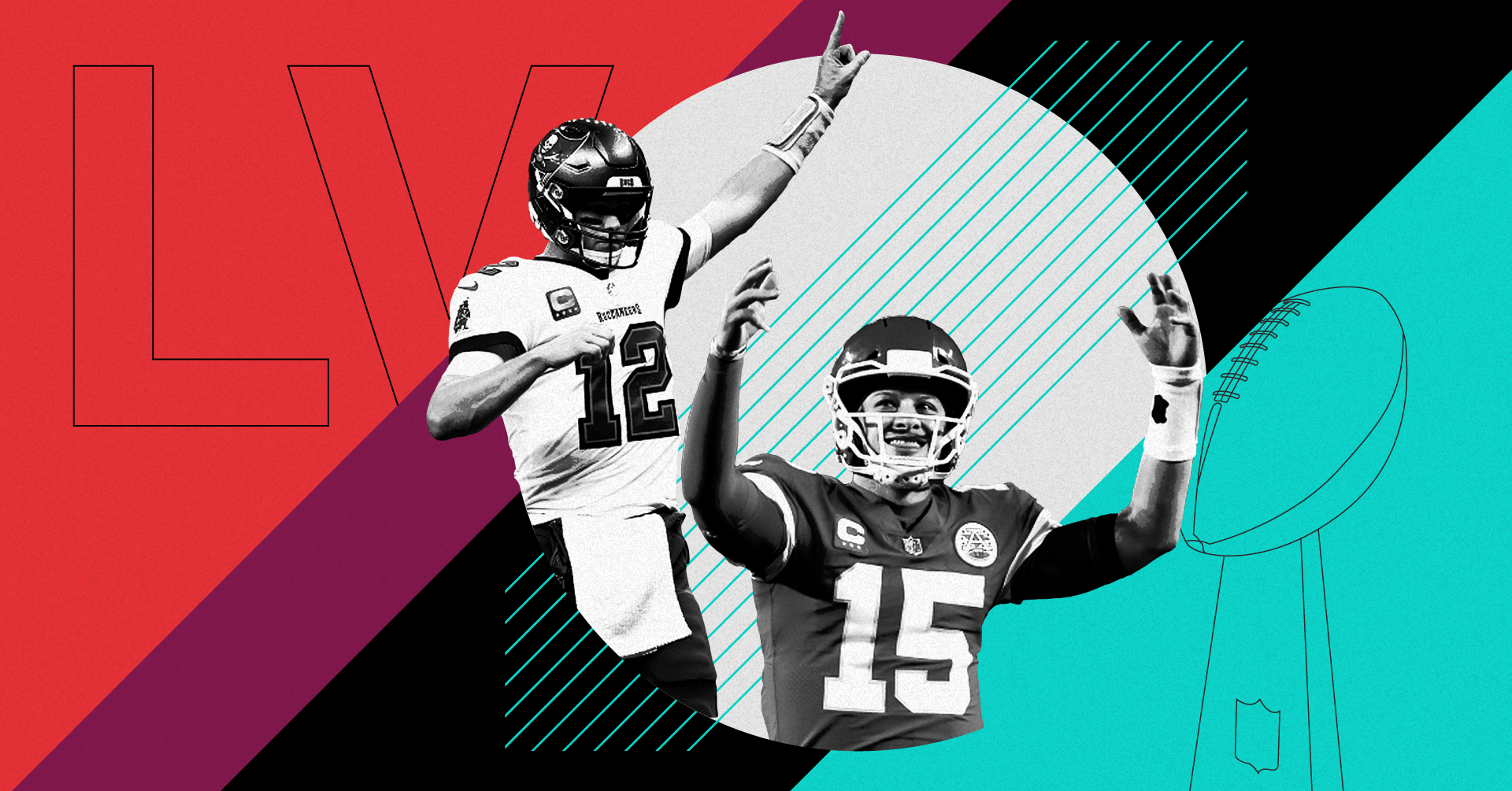 As the first team ever to play a Super Bowl in their home stadium, the Tampa Bay Buccaneers will have the on-site crowd — limited as it may be — in their corner. Around the country, however, those rooting for the Tom Brady-led Bucs will be outnumbered by those who’d like to see the Kansas City Chiefs repeat as NFL champions.

The results of a new Morning Consult poll indicate that 38 percent of U.S. adults will be cheering for the Chiefs when the teams meet Feb. 7 at Raymond James Stadium, including about half of those who expect to watch the game. By comparison, 27 percent of Americans and 35 percent of likely viewers will be behind the Buccaneers, who last took home the Vince Lombardi Trophy in 2003. 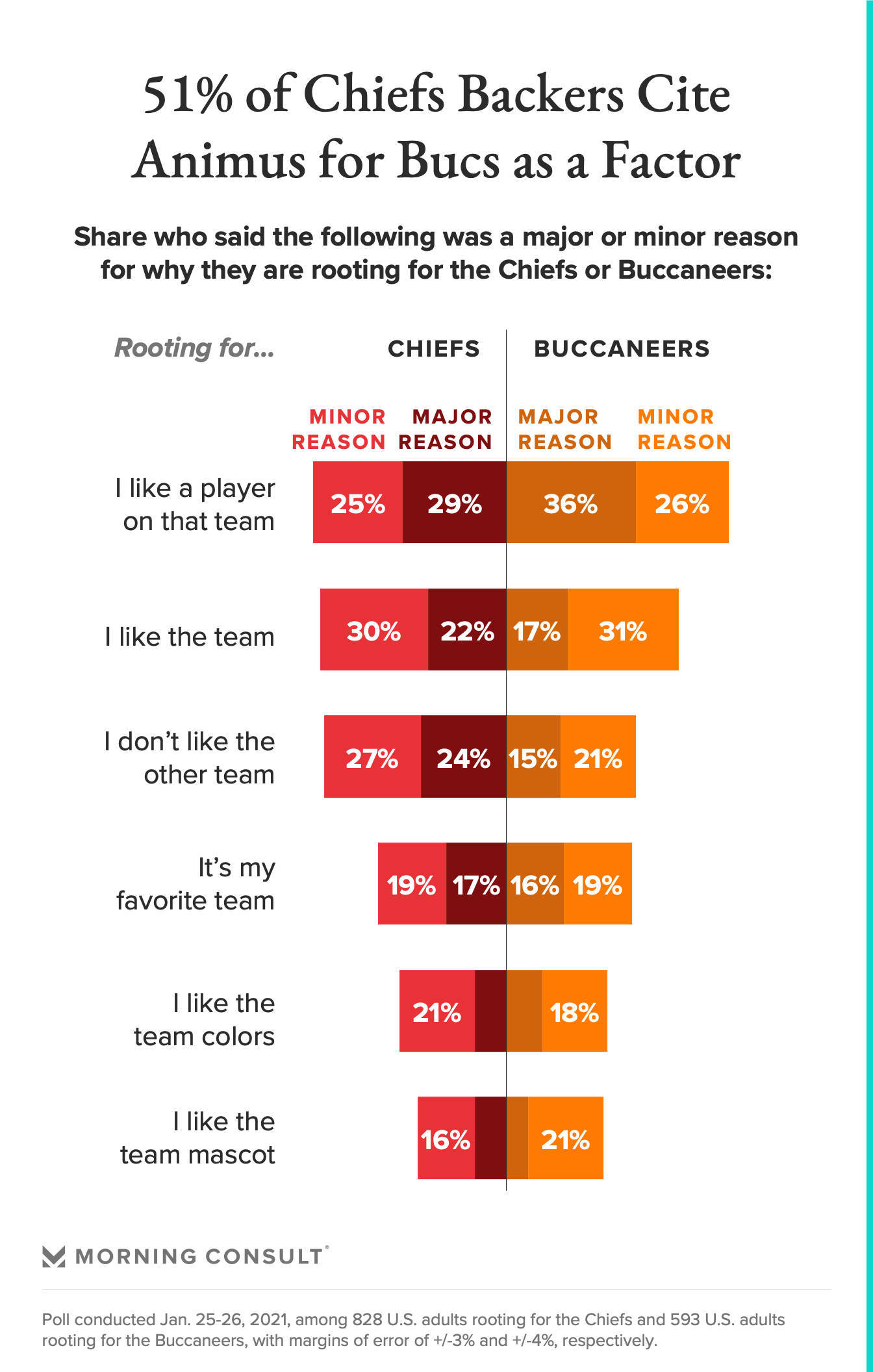 While Brady’s net favorability has increased significantly since leaving the New England Patriots, he remains a polarizing figure among the American public, in addition to being the NFL’s most well-known player.

In a survey conducted prior to the 2020-21 postseason, the 43-year-old signal-caller received the largest share of favorable responses of 164 prominent skill-position players, but also garnered the largest share of unfavorable responses. More than 4 in 5 respondents who said they had heard of Brady had an opinion of him, either positive or negative, the highest percentage of any skill position player.

The quarterback matchup between Brady and well-liked wunderkind Patrick Mahomes, who pulled in the second-highest net favorability among skill players in the December 2020 survey, is being billed as a dream for the NFL and ViacomCBS Inc., whose flagship broadcast network will air this year’s big game.

In this week’s poll, 40 percent of Americans said they will “very likely” tune in on Feb. 7, a 5-percentage point uptick from earlier this month when the participating teams had not yet been determined. Another 21 percent said they are “somewhat likely” to watch.

It’s unclear what, if any, impact the ongoing COVID-19 pandemic will have on total viewership for the Super Bowl, but there will almost certainly be less co-viewing and out-of-home viewing than ever before. Fewer than 1 in 5 adults polled said they plan to either host or attend a gathering. Among those likely to watch the game, 28 percent said they are either “very” or “somewhat” likely to get together with people other than those they live with.

This year’s Super Bowl is also the first since 2016 without a participating team from a top-10 TV market. The Buccaneers’ home market of Tampa-St. Petersburg is the 12th-largest local TV market in the country, according to Nielsen’s 2019-20 estimates, putting it in the top half of NFL locales. Kansas City was the 32nd-largest TV market nationwide, putting it among the bottom five among NFL cities.