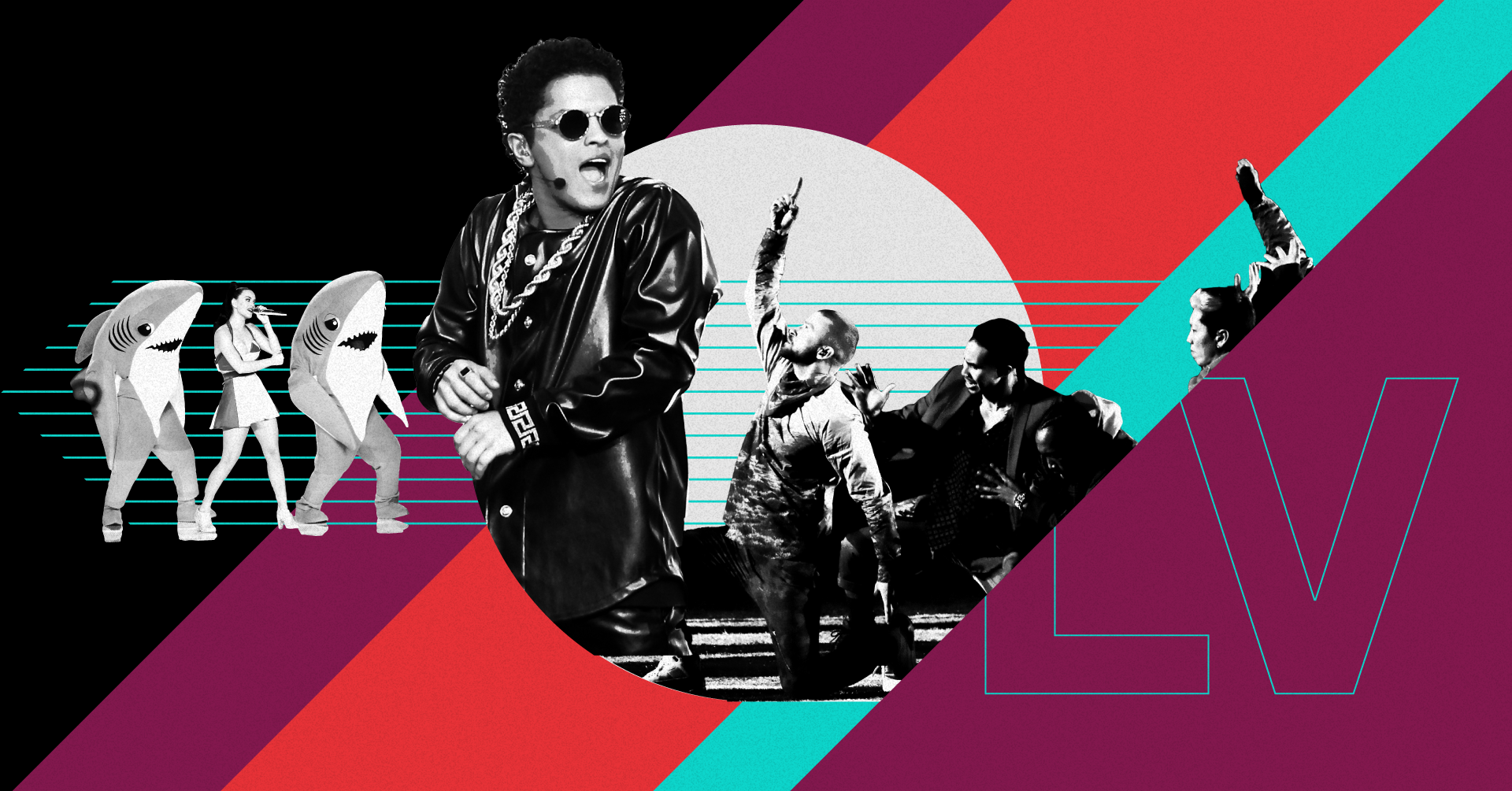 As The Weeknd prepares to face the blinding lights of Super Bowl LV’s halftime stage, new polling shows which previous halftime headliners he’ll have to top to win the hearts of viewers on Feb. 7. 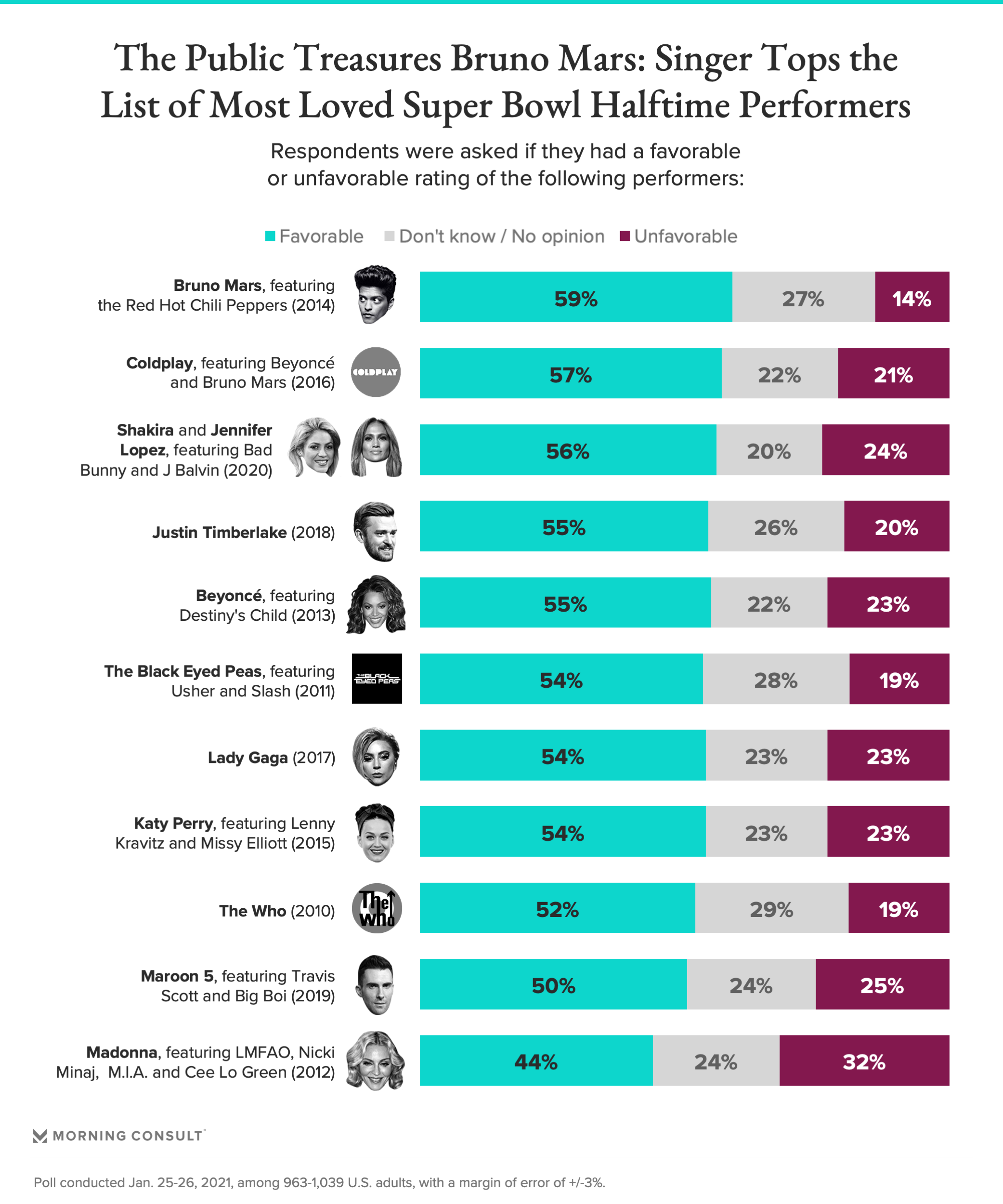 A Jan. 25-26 Morning Consult survey asked 963-1,039 U.S. adults if they had a favorable or unfavorable view of Super Bowl halftime performers of the past decade, starting with The Who’s performance at Super Bowl XLIV in 2010 and ending with Shakira and Jennifer Lopez’s 2020 performance, which also featured Bad Bunny and J Balvin.

Super Bowl XLVIII’s 2014 halftime show, headlined by Mars and featuring the Red Hot Chili Peppers, was the most popular show, with a favorability rating of 59 percent.

The Weeknd is reportedly contributing $7 million of his own money to “make this halftime show be what he envisioned.”