1 in 3 U.S. adults believe the games should be held as scheduled 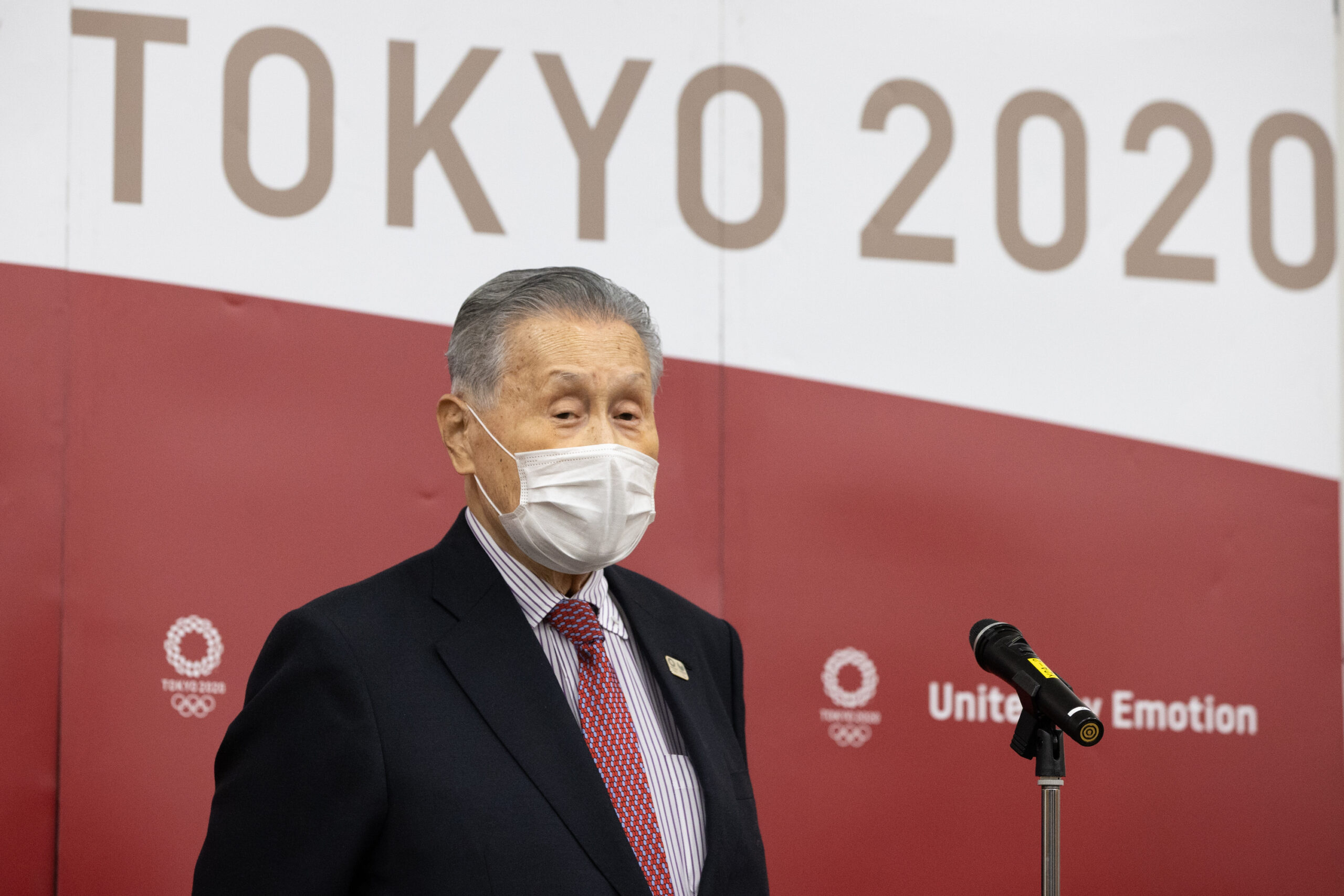 The sports world has successfully staged several major events amid the yearlong global pandemic, and Sunday’s Super Bowl appears on track to be another feather in the industry’s cap. Even so, the prospect of staging an Olympic Games in less than six months remains a daunting undertaking.

Recent polling indicates that residents of Japan, the host country of the Tokyo Games, which were first scheduled for July 2020 and postponed in March, overwhelmingly support either postponing the games again or calling them off altogether. A new U.S. survey, however, shows less consensus among the American public about the fate of the Tokyo Games. 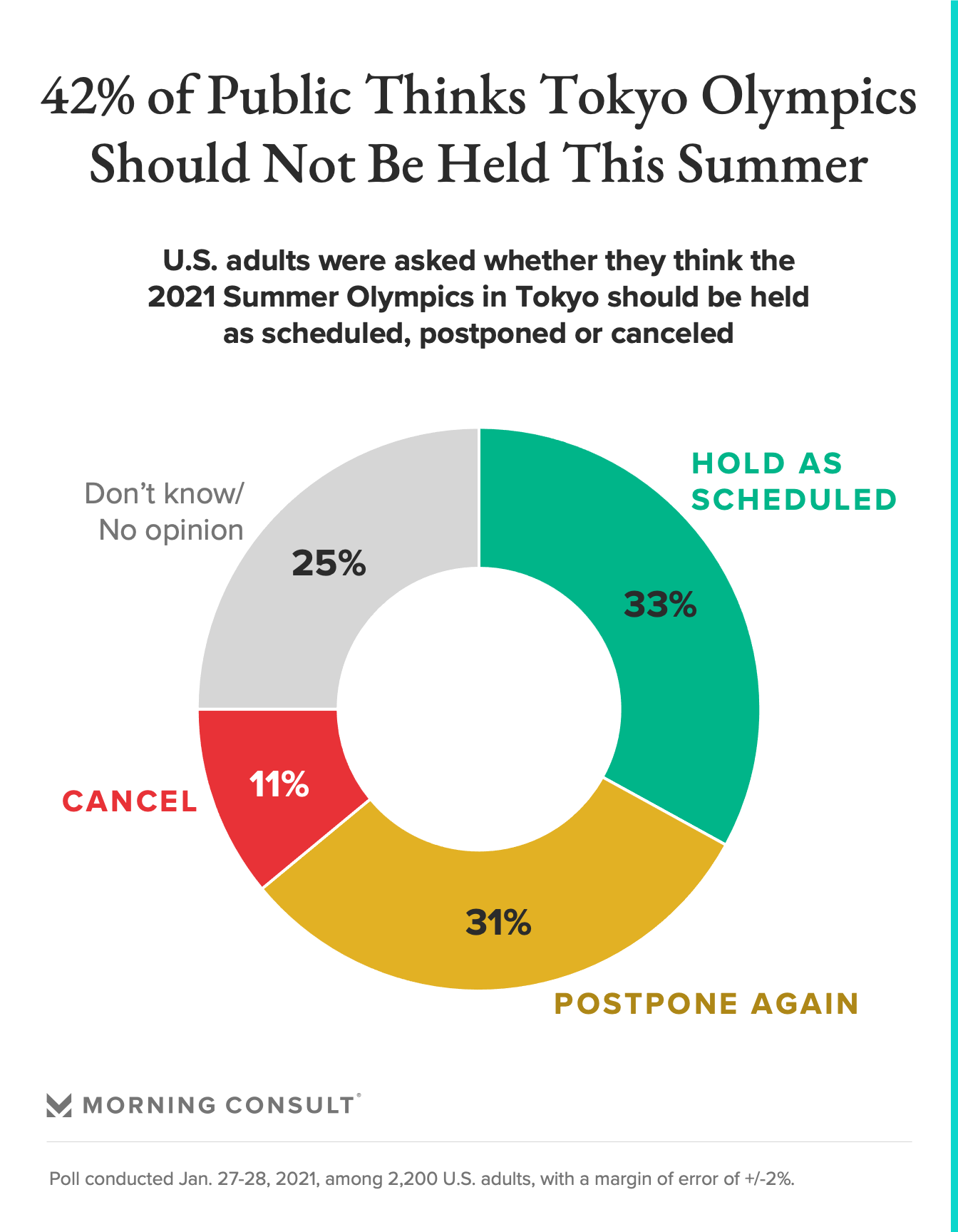 More than half of Democrats supported either postponing or canceling the games, with 1 in 4 in favor of the event being held this summer. Meanwhile, 44 percent of Republicans said the games should take place as planned, while 32 percent supported postponement or cancellation.

Americans who identified as avid fans of the Olympics were split almost evenly, with 44 percent calling for the games to be held in Tokyo this summer, 34 percent favoring postponement and 9 percent backing cancellation.

Yoshiro Mori, president of the Tokyo Olympic organizing committee, said Tuesday that the Games will take place as scheduled, from July 23-Aug. 8, regardless of how the pandemic situation changes over the next several months.

Organizers and the IOC on Wednesday rolled out the first of several “Playbooks” detailing a framework of basic principles that key stakeholder groups will be required to follow during the games, as well as while entering and exiting Japan. While the guide said organizers will encourage national Olympic federations to have their teams vaccinated, athletes and officials will “not be required to have received a vaccine in order to participate in the Games.” 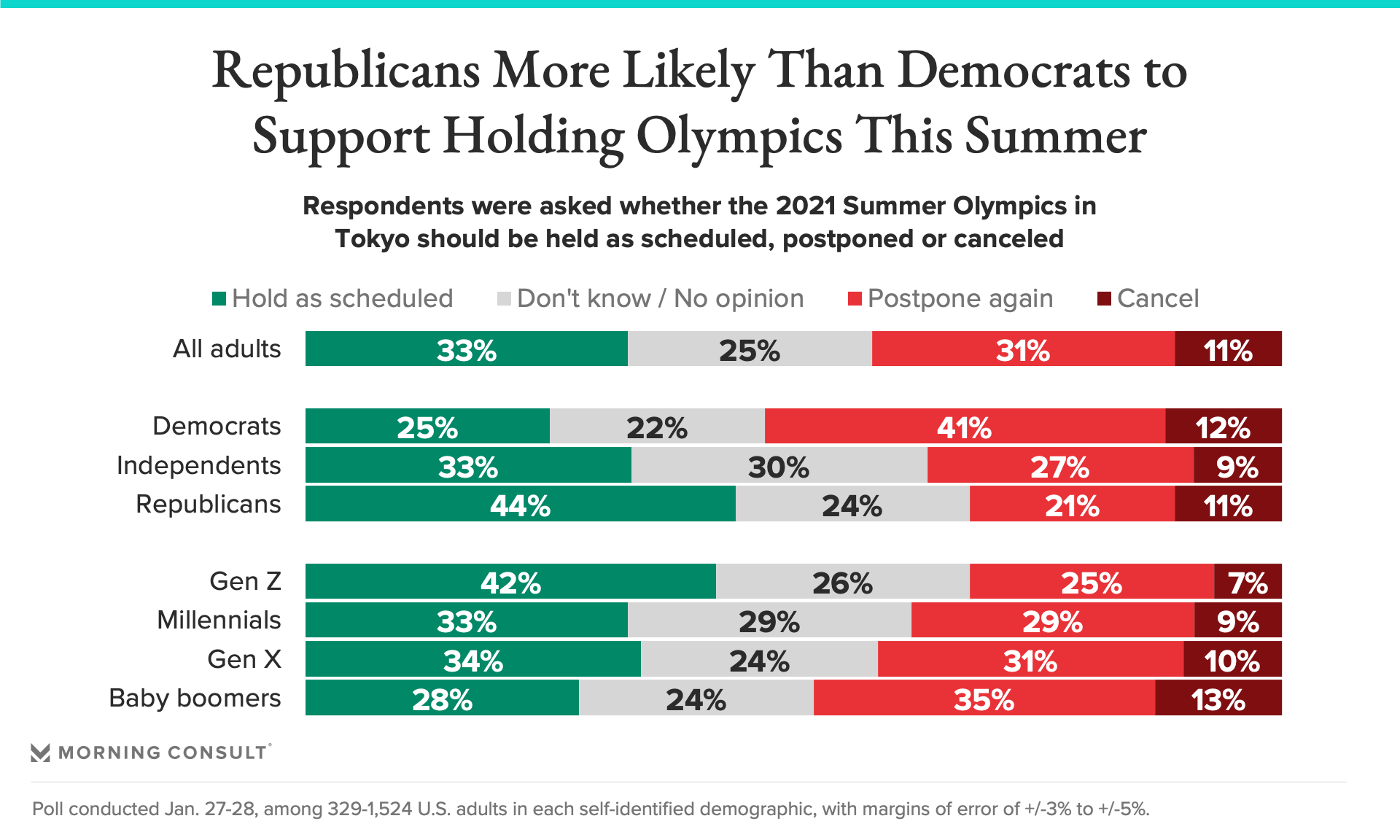 In the Jan. 27-28 poll, 68 percent of respondents said they supported a requirement that participating athletes be vaccinated, and 57 percent even favored Olympians receiving priority access to COVID-19 vaccines in their respective countries.

Assuming the games are held as scheduled, 68 percent of respondents said Team USA should send a delegation if a vaccine requirement is in place, compared to 40 percent who said Americans should compete if only some participants are vaccinated. 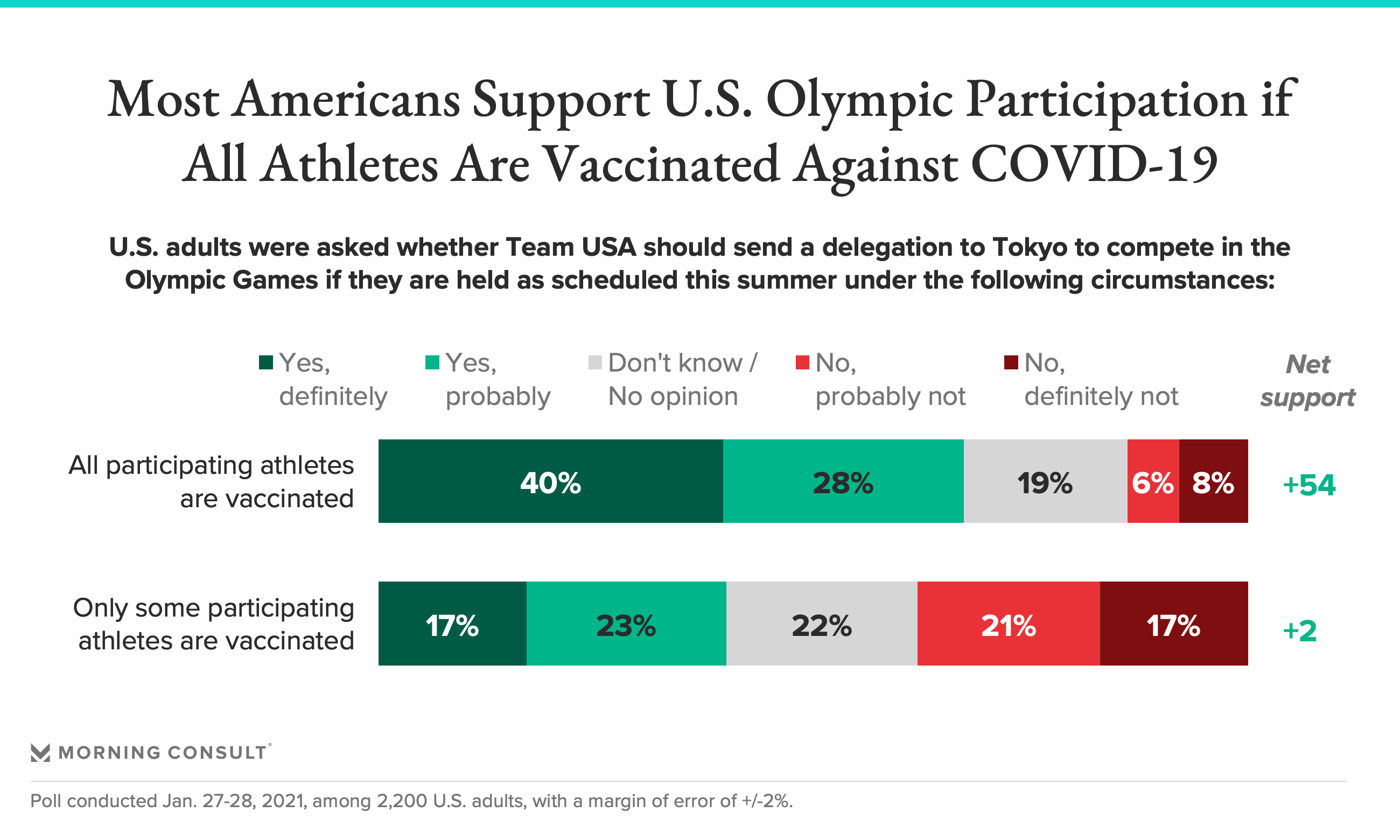 While Japan hasn’t been hit as hard by the coronavirus as the United States, it reported its highest levels of active cases and deaths in late January, and the country plans to extend its state of emergency, Prime Minister Yoshihide Suga said Tuesday. The country also has yet to approve vaccines for use and reportedly plans to begin vaccinating health care workers toward the end of February.

Democrats largely opposed bringing these Summer Olympics to Florida, while Republicans were slightly more likely to support a Florida Games than to oppose it.

More than half of respondents said they would be interested in watching gymnastics (63 percent) and swimming (55 percent), with track and field (50 percent), volleyball (50 percent) and diving (48 percent) rounding out the top five sports scheduled to be played in Tokyo.