The Weeknd Could Attract a Younger, More Progressive Crowd to Super Bowl LV 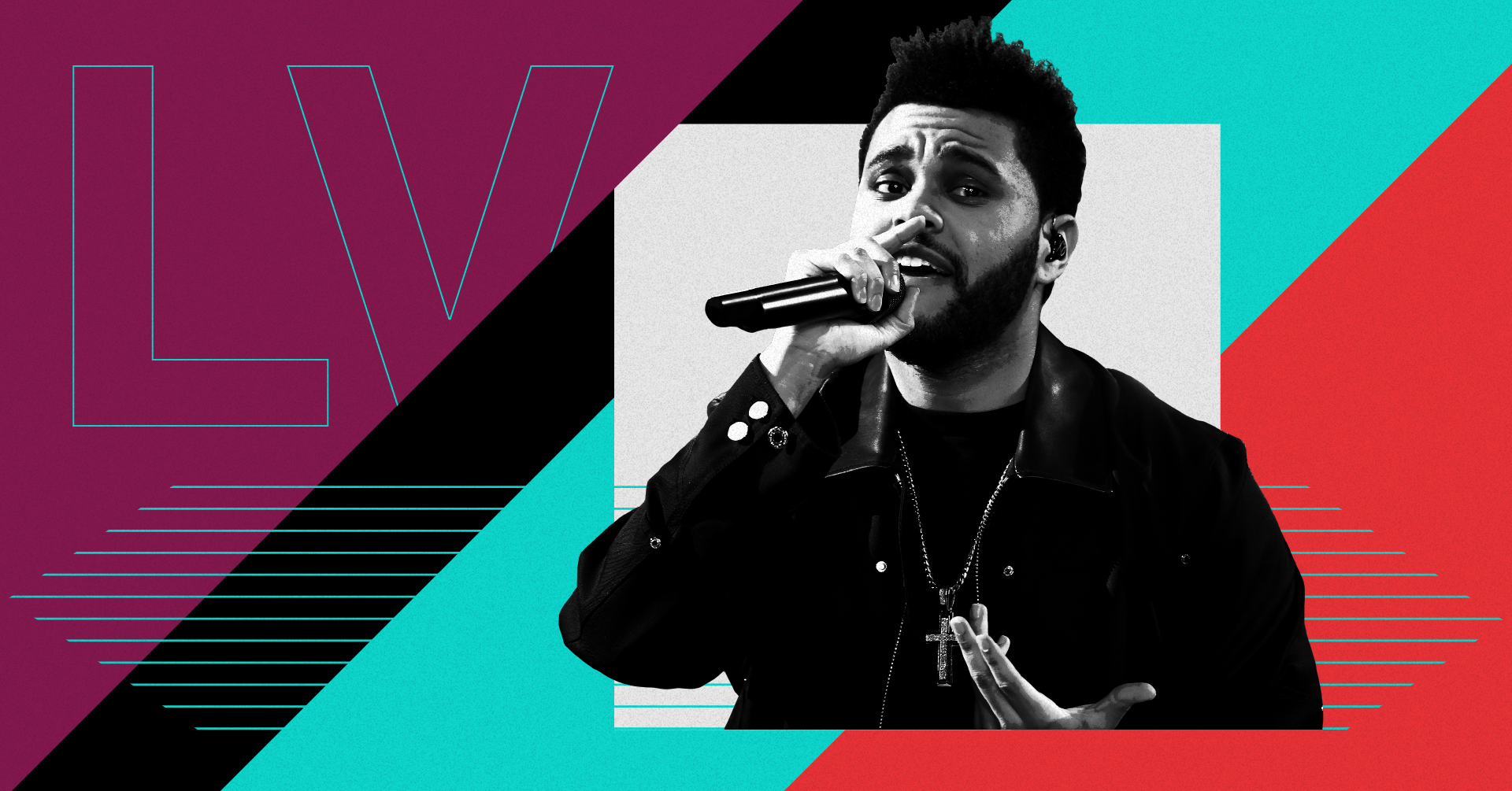 Forty-one percent of self-identified fans of The Weeknd said they’re more likely to watch the Super Bowl this year compared to past years, according to Morning Consult polling. (Getty Images / Morning Consult artwork by Samantha Elbouez)
By Sarah Shevenock

After dominating last year’s charts, The Weeknd is gearing up to headline Sunday’s Super Bowl halftime show. And new polling finds that his performance will bring new eyeballs to the game and could expand the “Blinding Lights” singer’s fan base, although the attitudes of Weeknd fans differ from those of NFL fans in a few important ways. 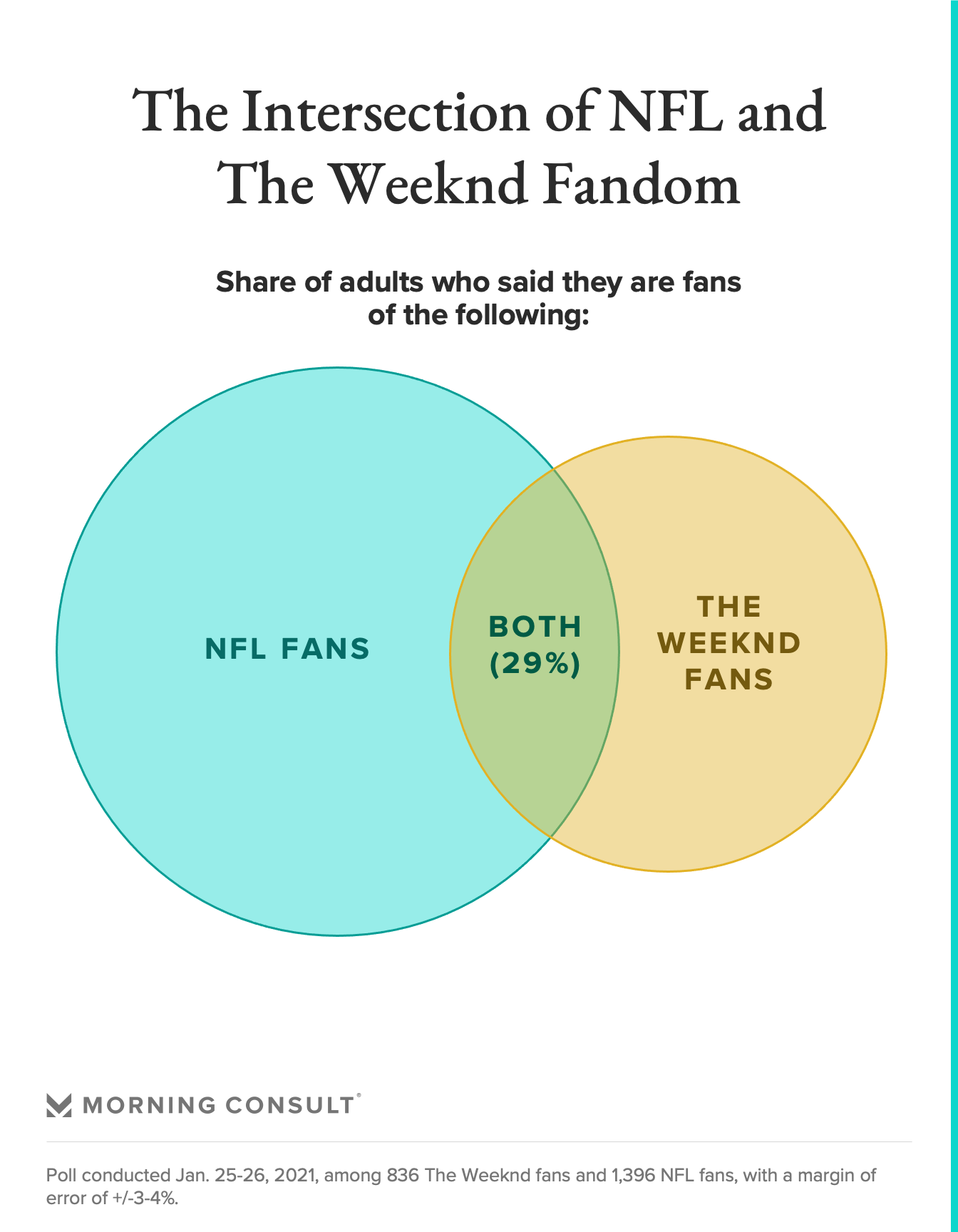 The Super Bowl halftime show, known for its special guests and buzzy moments, has long been seen as a way to draw new fans to the NFL’s biggest game.

With many checking out the big game — more than 100 million people watched last year — artists have used the halftime performance to make political and social statements during polarized times in America.

In 2016, during an appearance with Coldplay, Beyonce performed “Formation,” a song celebrating Black empowerment, while dancers donned costumes inspired by the Black Panther Party. Jennifer Lopez proudly dawned a cape on last year’s stage featuring both the American flag and the Puerto Rican flag. 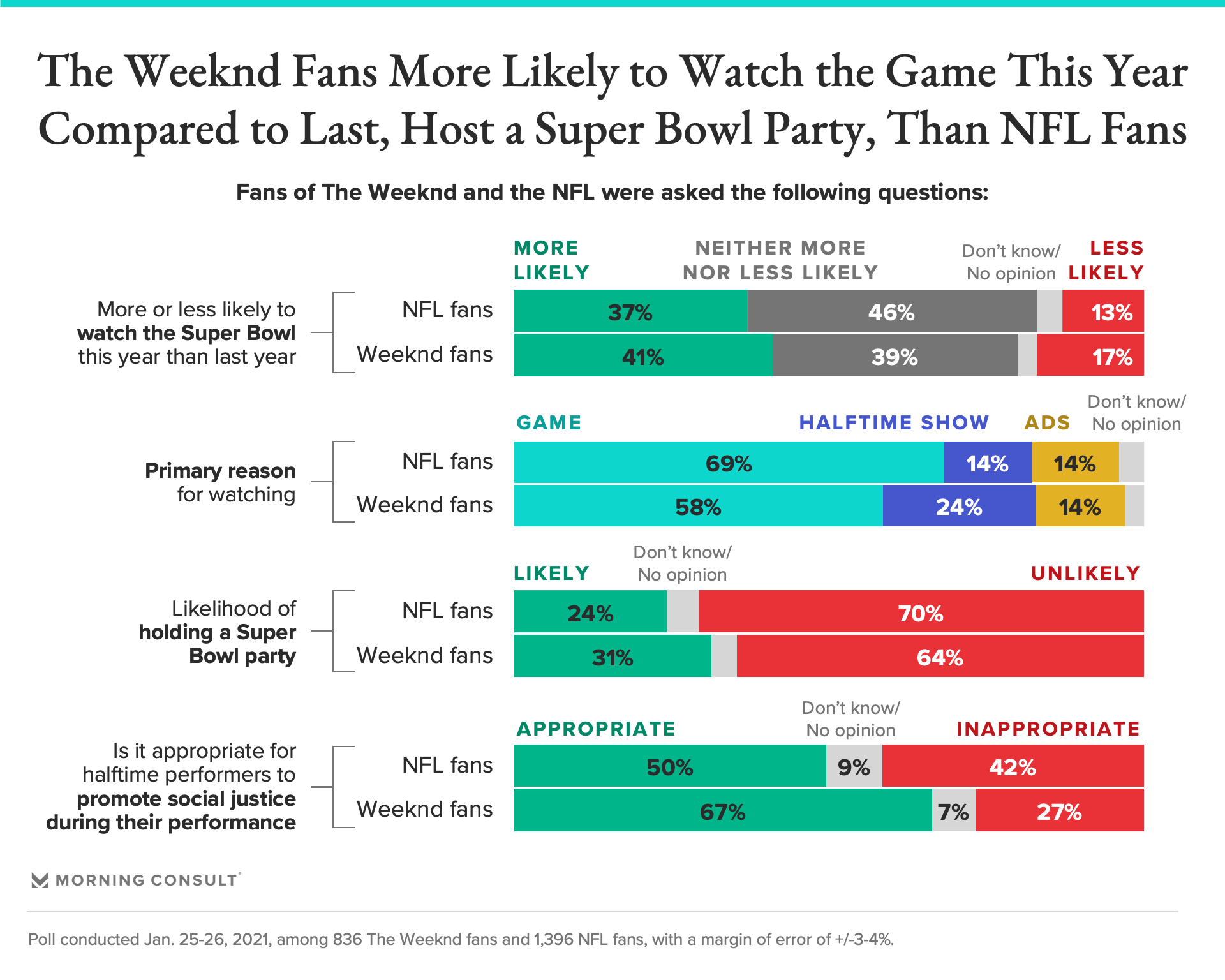 Viewers tuning in to see their favorite artist are more open to political and social statements, according to Morning Consult polling: 39 percent of The Weeknd’s fans said it was appropriate for halftime performers to make political statements, compared to 26 percent of NFL fans.

The Weeknd is no stranger to incorporating social and political commentary into his work.

He told TMRW Magazine in December that his next album will be inspired by the “pandemic, the Black Lives Matter movement and the tensions of the election.” Earlier this week, he told Variety that the facial bandages he’s worn while promoting his latest album, “After Hours,” are a reflection “on the absurd culture of Hollywood celebrity and people manipulating themselves for superficial reasons to please and be validated.” 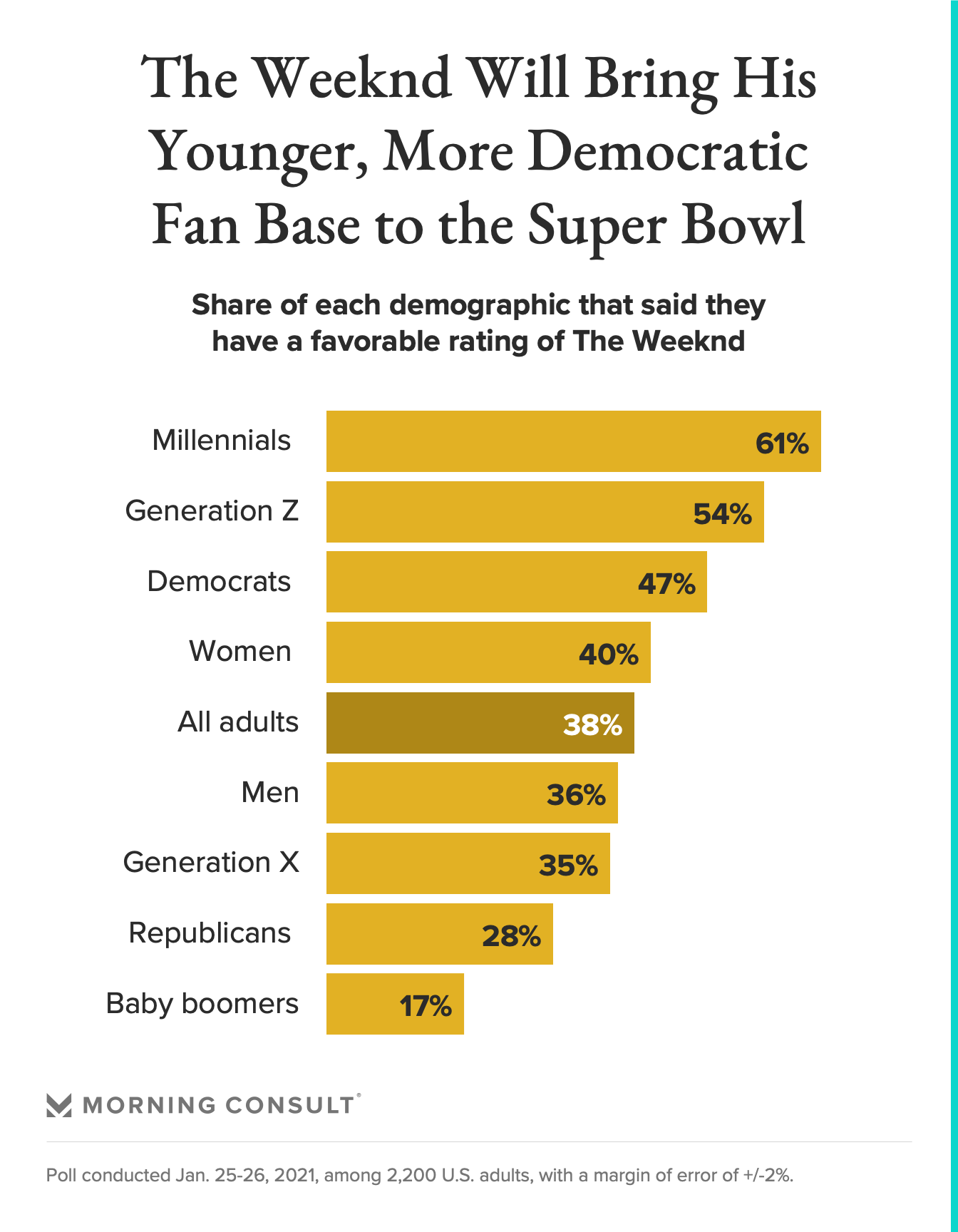 Both NFL and Weeknd fans are receptive to performers promoting social justice during their Super Bowl performances, with half of the former and two-thirds of the latter saying those statements are appropriate. The survey has an overall margin of error of 2 percentage points, while the NFL fan and Weeknd fan demographics have margins of error of 3 and 4 points, respectively.

The poll also looked at The Weeknd’s fan base and found that, while 38 percent of adults overall have a favorable rating of the pop singer, his fan base skews younger with 61 percent of millennials and 54 percent of Gen Zers having a favorable view of the singer respectively.

According to Viberate, a platform that collects analytics on songs, artists and albums, The Weeknd has 67.7 million monthly listeners on Spotify, up from 47.5 million a year ago, and has 28.1 million followers on the popular streaming service. After he was announced as the halftime headliner on Nov. 12, The Weeknd gained 2 million Spotify followers in November and December.

2020 was another big year for the three-time Grammy winner. His fourth album, “After Hours,” was the second-most streamed album, and The Weeknd was the fifth-most streamed artist worldwide on Spotify last year. “Blinding Lights” was also the most streamed song, earning 1.6 billion streams on the platform in 2020.