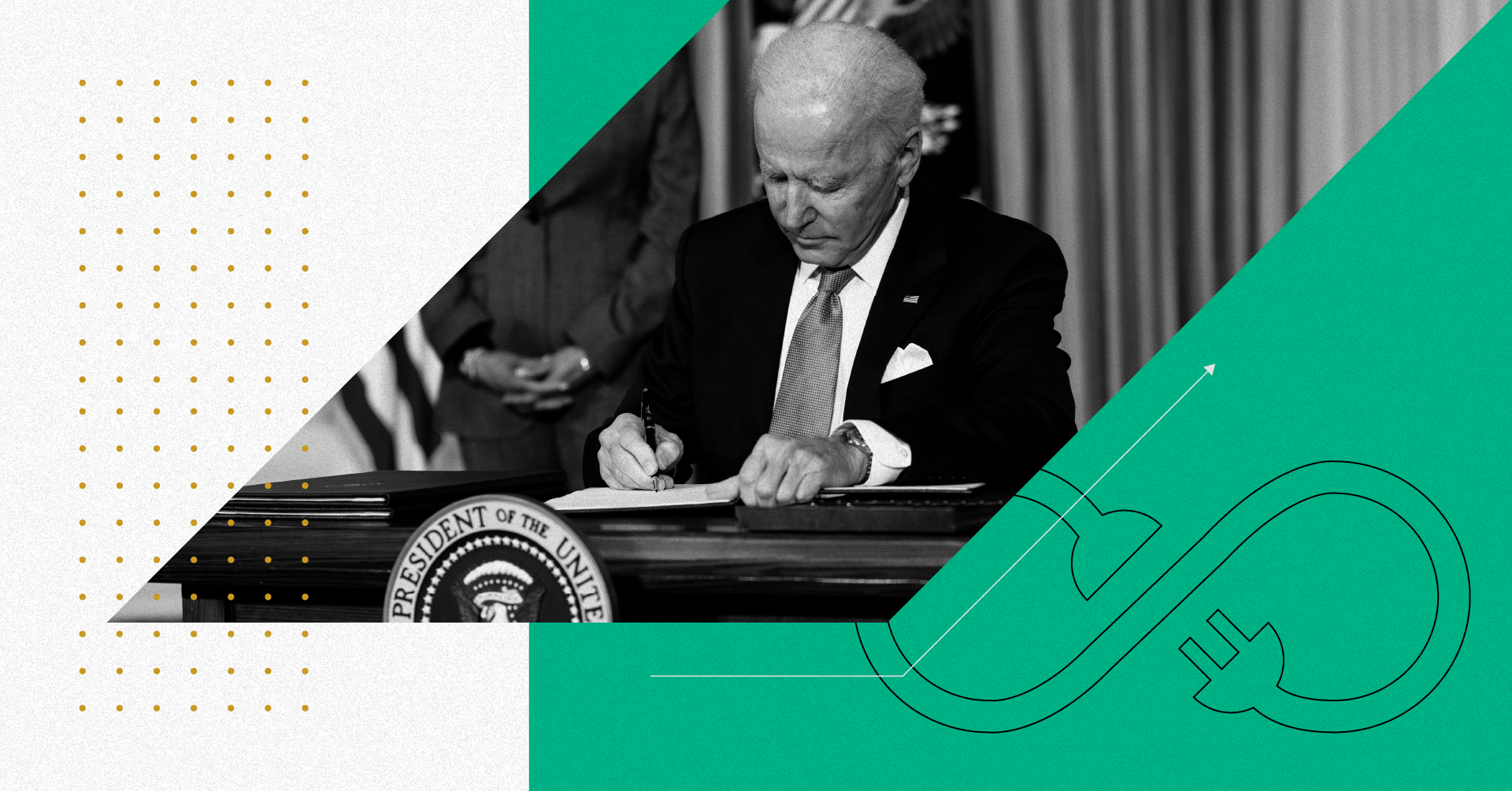 President Joe Biden has come out swinging with a collection of executive orders that point to his desire for an energy transition that would include electrification of the transportation sector alongside improved energy efficiency economywide. According to several recent Morning Consult polls, these efforts would be popular among consumers, many of whom expressed concern about the issue of climate change and its impacts.

A poll conducted Jan. 28-30 found that nearly 2 in 3 U.S. adults support both setting higher fuel economy standards for cars and trucks and establishing stricter energy efficiency standards for appliances and buildings. And while Democrats back the policy propositions more strongly than their Republican counterparts, there is majority support across the board. 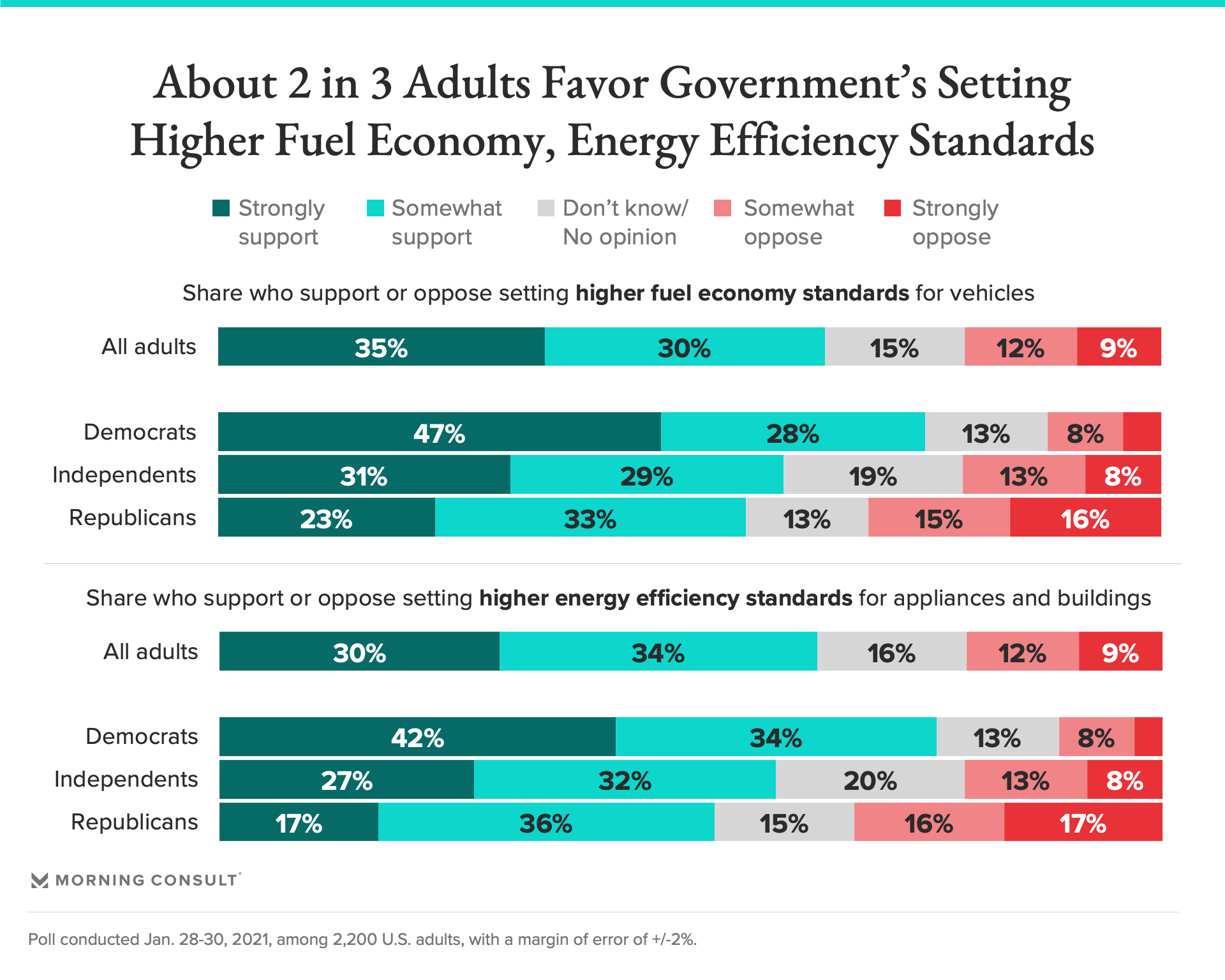 The results should be viewed as good news by the Biden administration, which has made it clear that it would push for these changes to take place in short order. And while combating the causes and effects of climate change will be a complex task, it is one that a majority of the public deems necessary: 73 percent of adults said they are “very” or “somewhat” concerned about climate change.

On the flip side of this concern is a sense of pessimism about the country’s ability to combat climate change. Just over half of the survey’s respondents said they are confident that the United States will reduce its greenhouse gas emissions and slow the impacts of climate change in the next decade, while 35 percent said they are not.

This faith, or lack thereof, is complicated by differing philosophies on who bears the responsibility for taking action on climate change. A separate Morning Consult survey, conducted Jan. 27-28, found that 58 percent of adults agree with the view that the government is responsible for passing laws and implementing policies restricting greenhouse gas emissions so that individuals do not have to worry too much about their own emissions.

Twenty-two percent of respondents selected the alternate option: that companies should be largely free to operate without emissions restrictions, and that individuals are responsible for demanding energy-efficient options to combat climate change. 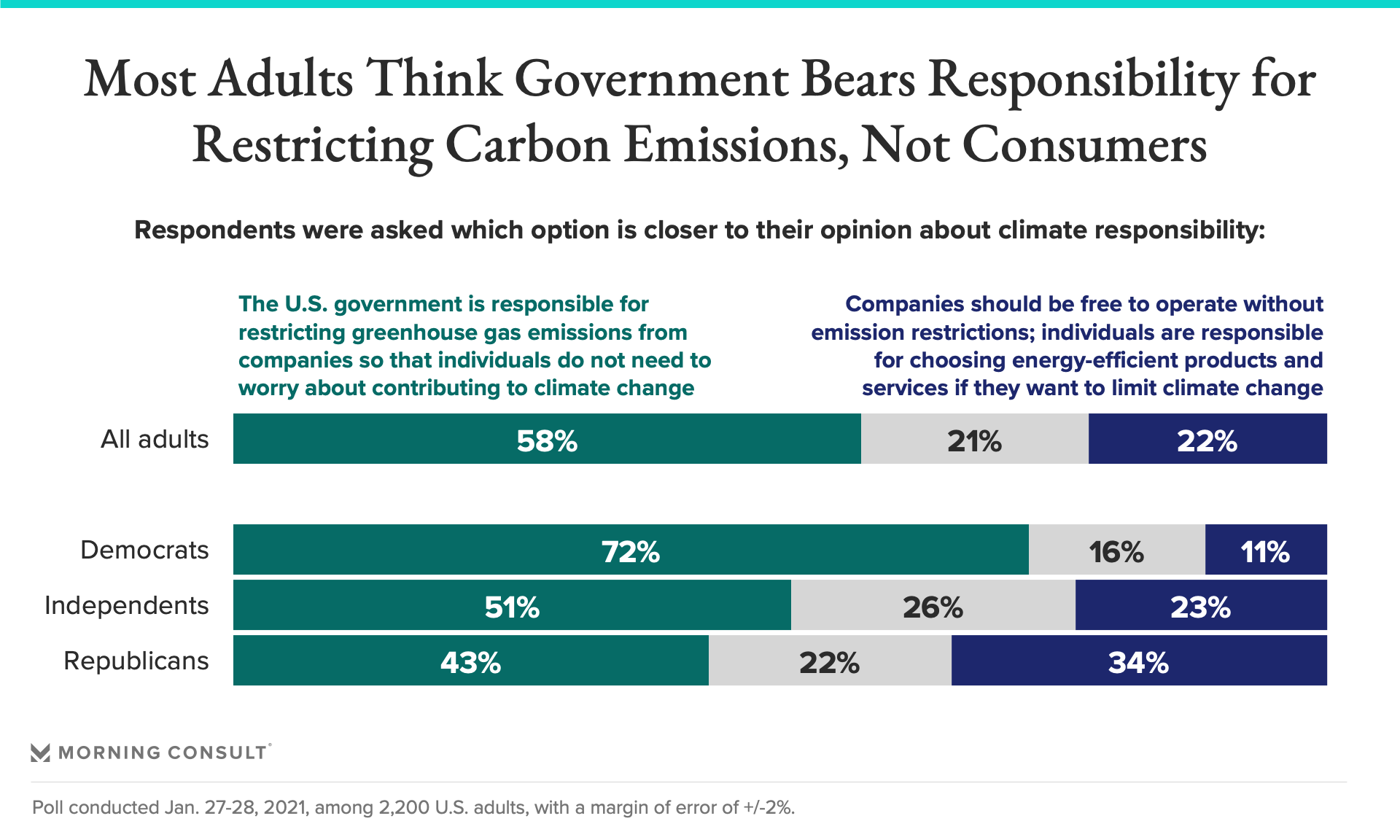 This discrepancy essentially breaks down along party lines, with 72 percent of Democrats and 43 percent of Republicans choosing the former. However, more Republicans say the government is responsible for emission restrictions than those who say individual demand should drive industry’s decisions to lower emissions (34 percent).

Both polls surveyed 2,200 U.S. adults and have margins of error of 2 percentage points. They’re part of a broader Morning Consult series exploring public opinion on how consumers will weather the energy transition and the buying decisions it will require, including the adoption of electric vehicles, the switch to electric and induction stoves and the choice of energy-efficient products.

Related: Most of the Public Says They Consider Their Individual Environmental Impact on a Daily Basis
Climate Change Energy Efficiency Energy Policy Future of Auto