About 3 in 4 adults say reducing their carbon emissions, water use, waste factors into daily behaviors, purchasing 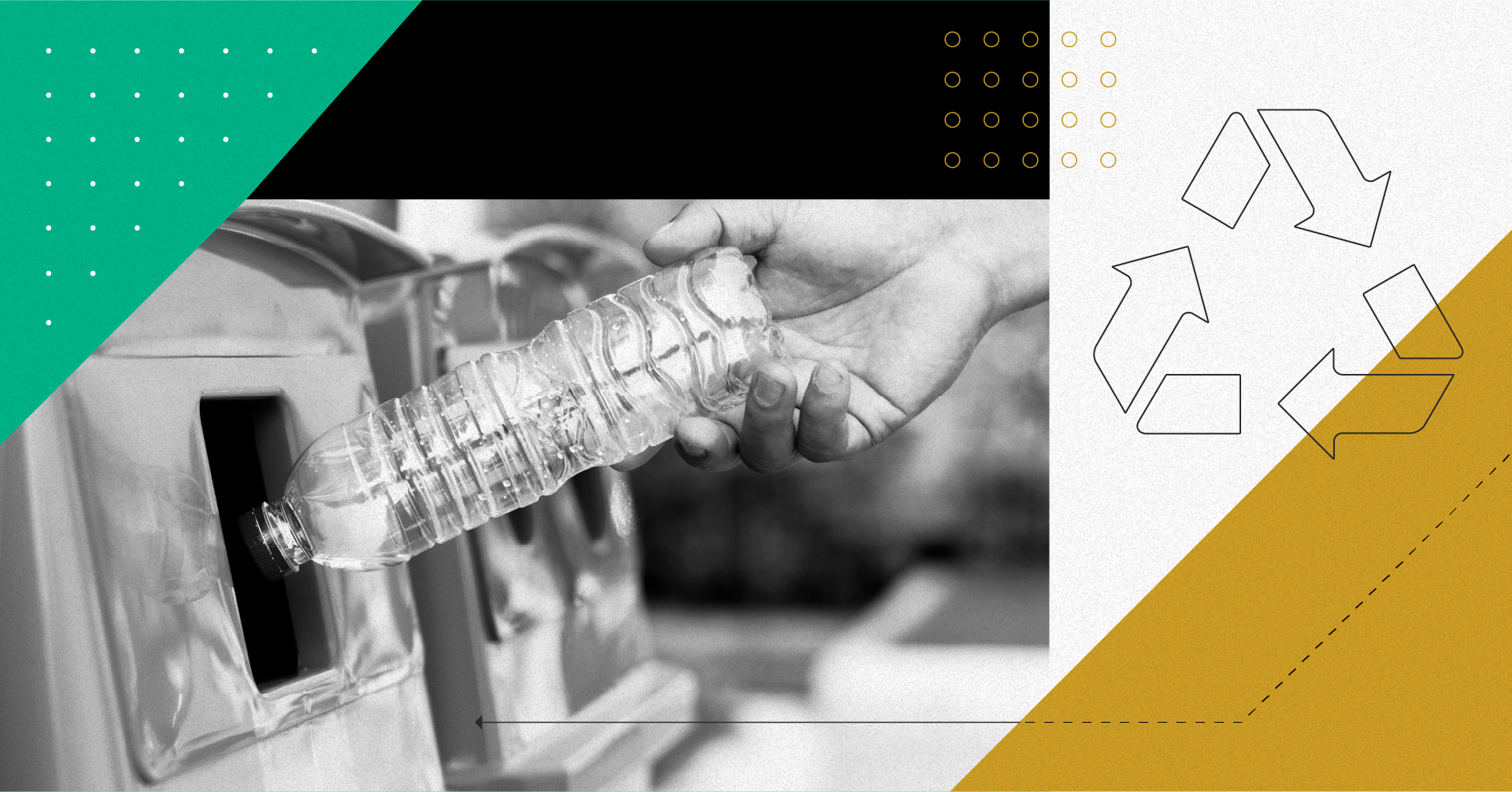 Whether or not policies like encouraging electric vehicle adoption and the purchasing of energy-efficient appliances find a receptive audience will depend in part on if the public sees their value. Within the lifetime of new U.S. president Joe Biden, the country has shifted from celebrating the use of disposable products as a symbol of wealth in the 1950s to fretting over the environmental impact of these same purchases today, Morning Consult polling suggests.

New data from a Jan. 27-28 poll found that roughly three-quarters of U.S. adults consider reducing their environmental impact as either a major or minor influence on both their personal behaviors (i.e., choosing to drive less, eating less meat) and their purchasing decisions (i.e., selecting products that are more sustainably produced) on a daily basis. 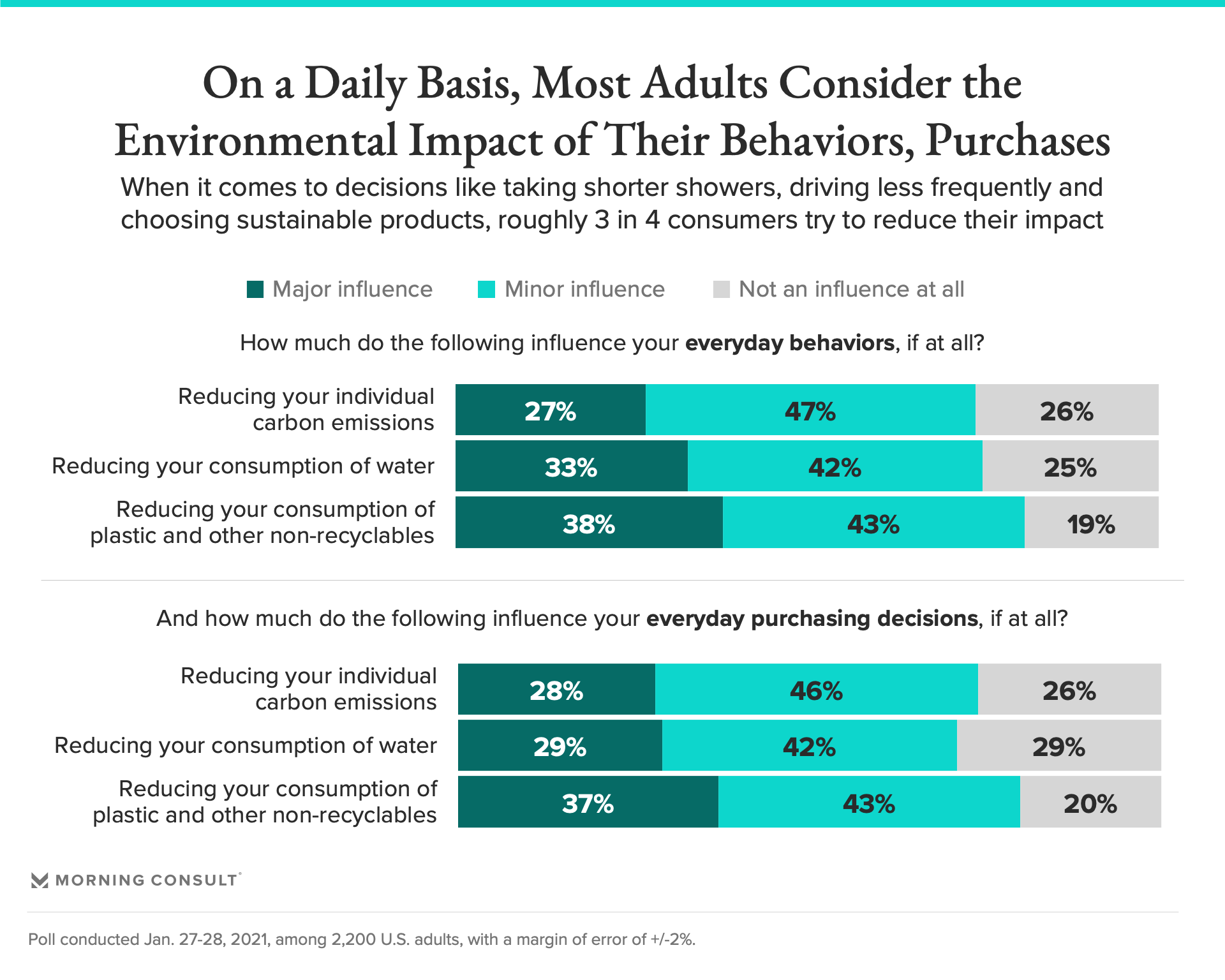 (This share is likely inflated by the social desirability bias, a polling phenomenon wherein respondents tend to answer questions in a way they suspect will be viewed favorably.)

Reducing consumption of plastics and other non-recyclables garnered particularly high levels of consideration, with 38 percent and 37 percent calling it a major influence on their everyday behaviors and purchasing decisions, respectively.

The poll results come as campaigns against single-use plastics mount worldwide. An increasing number of cities have banned the use of plastic bags and discouraged products like plastic straws, against heightened consumer pressure — albeit pressure that has been complicated by the demands for sterile packaging presented by the pandemic.

A slightly smaller share of adults said lowering their individual carbon emissions was a consideration in their daily behaviors, with 27 percent saying it is a major influence and 47 percent saying it is a minor influence. This is perhaps unsurprising, given how easy to ignore these invisible emissions are, as opposed to the piles of plastic so many confront upon taking out the trash.

The notion of a personal “carbon footprint” has been a popular one since the early aughts — taught to children to illustrate how global warming happens and how everyone plays a part — but it is a concept that is losing favor in some circles, given that it draws attention away from major industrial polluters by placing the focus on the comparably tiny onus of individuals.

Perhaps unsurprisingly, the share of adults who say they are “very” or “somewhat” concerned about climate change were 12 percentage points more likely than the general public to say reducing their carbon emissions factors into both their daily behaviors and their purchasing decisions. They were also more likely to consider conservation in their water and waste habits, but by smaller margins.