Predictions of a Political Super Bowl Didn’t Live Up to the Reality, Polling Shows

37% said game was no more no less political than Super Bowl LIV; 37% had predicted it would be more political 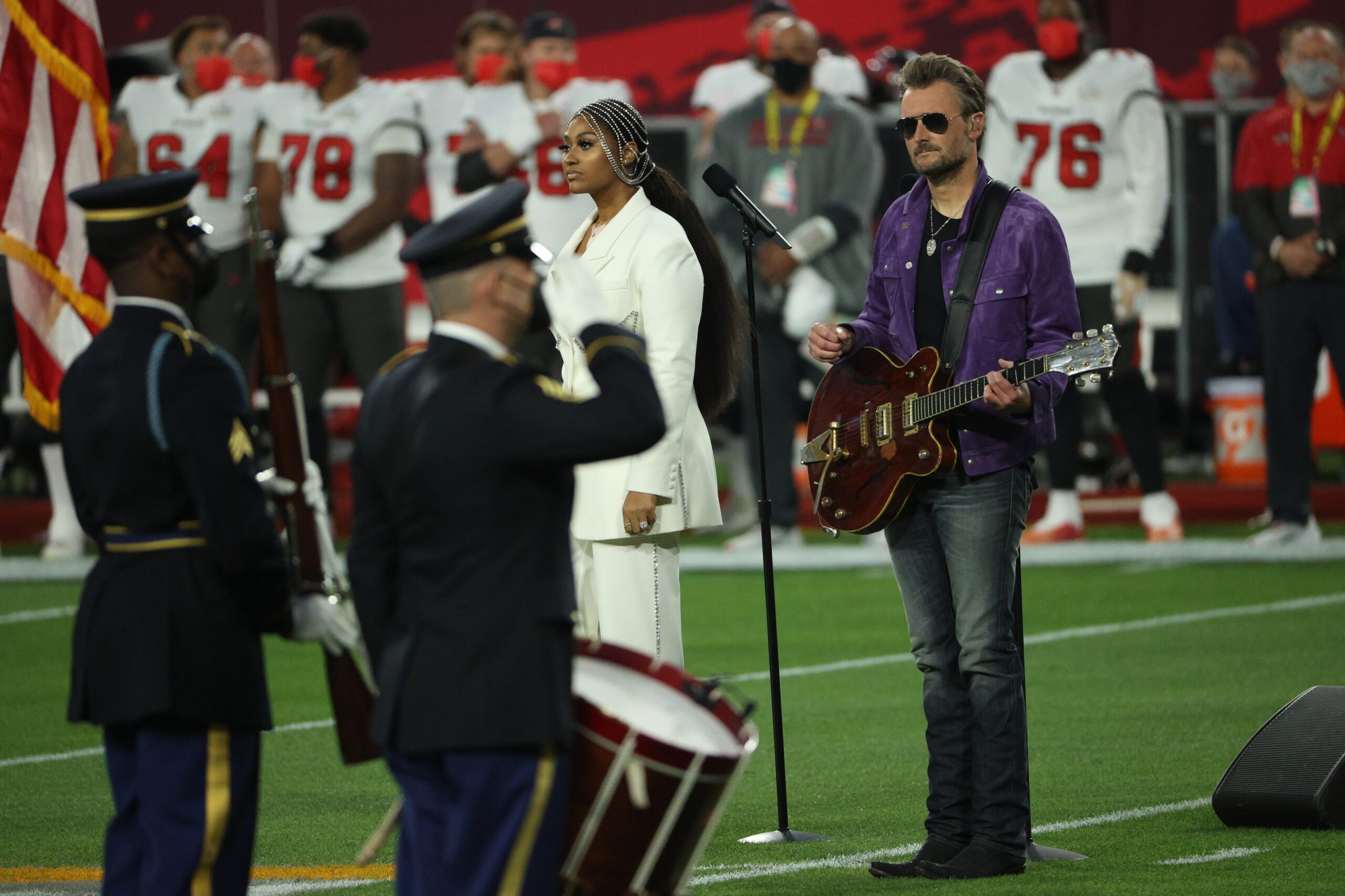 In the runup to this year’s Super Bowl, marked by the insurrectionists storming the Capitol and the impeachment of President Donald Trump, some people anticipated a more political event on Sunday than compared to previous Super Bowls.

But after Super Bowl LV went big on messages of unity, from Bruce Springsteen’s Jeep commercial to the NFL’s salute to frontline workers and health care heroes, more viewers deemed Super Bowl LV to be no more or less political than last year’s NFL title game, according to new post-game polling. 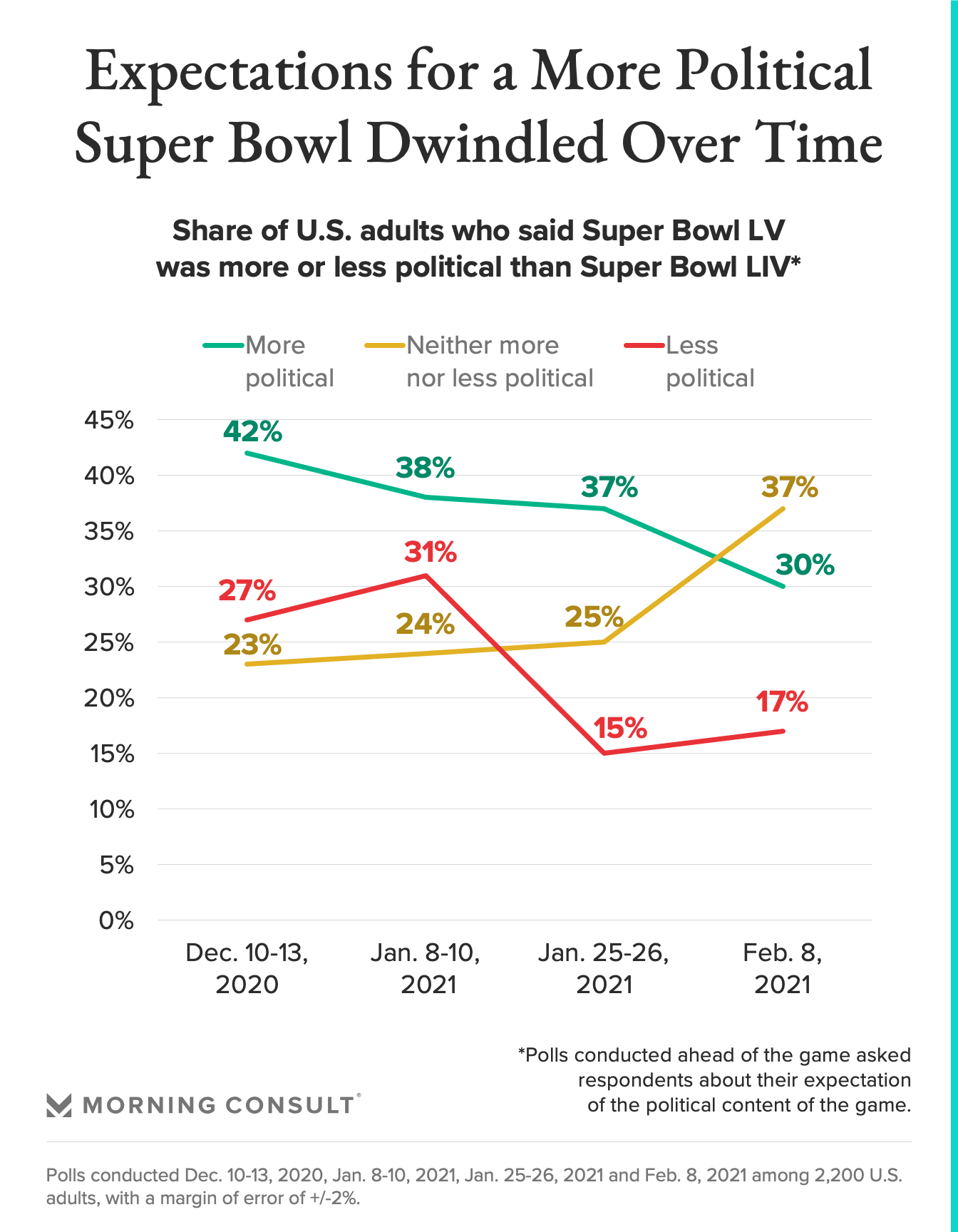 Meanwhile, 30 percent of the 1,512 adults who watched the game said Super Bowl LV was more political than 2020’s Super Bowl LIV, but that was a sizable drop-off from the 42 percent of adults surveyed on Dec. 10-13 who expected the game to be more political than last year’s Super Bowl. That game featured children in small cage-like structures during Jennifer Lopez’s halftime show and a cape with both the U.S. and Puerto Rican flags.

While the COVID-19 pandemic and honoring health care workers were a central part of the Super Bowl LV’s festivities, the game didn’t create the same kind of buzzy political moments of previous years. There was seemingly no kneeling during the national anthem, and instead of spurring conversation about political and social messages, The Weeknd’s halftime performance simply inspired memes on social media.

Republicans differed on their view of Super Bowl LV’s political content: Thirty-six percent said this year’s game was more political, while 35 percent said it was no more or less political than last year’s contest.