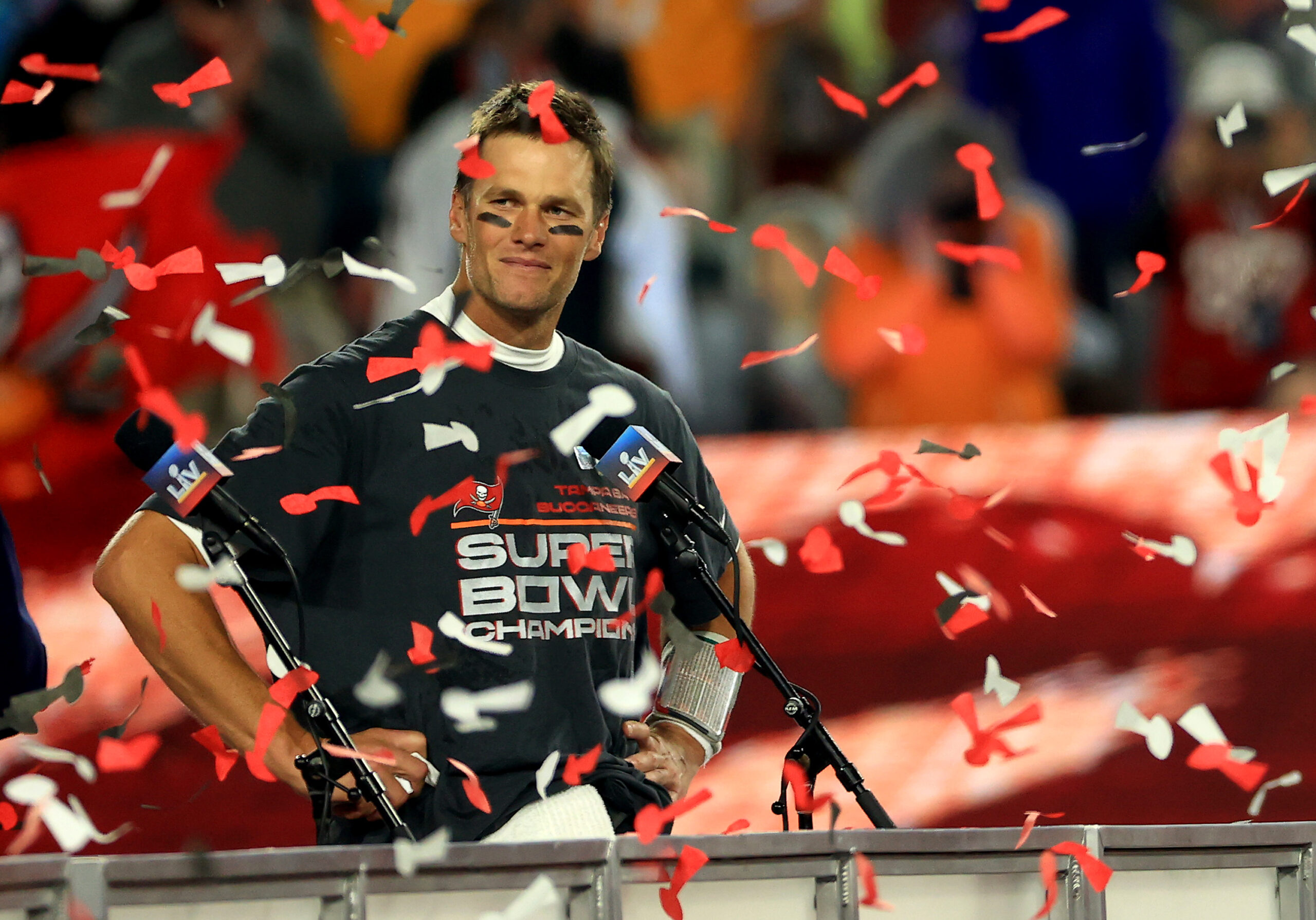 With a quarterback matchup between all-time great Tom Brady and potential heir apparent Patrick Mahomes, Super Bowl LV had the makings of an instant classic. While the result was far from a nail-biter, the pregame hype seems to have resulted in a year-over-year viewership bump for the NFL finale, according to a post-game survey. 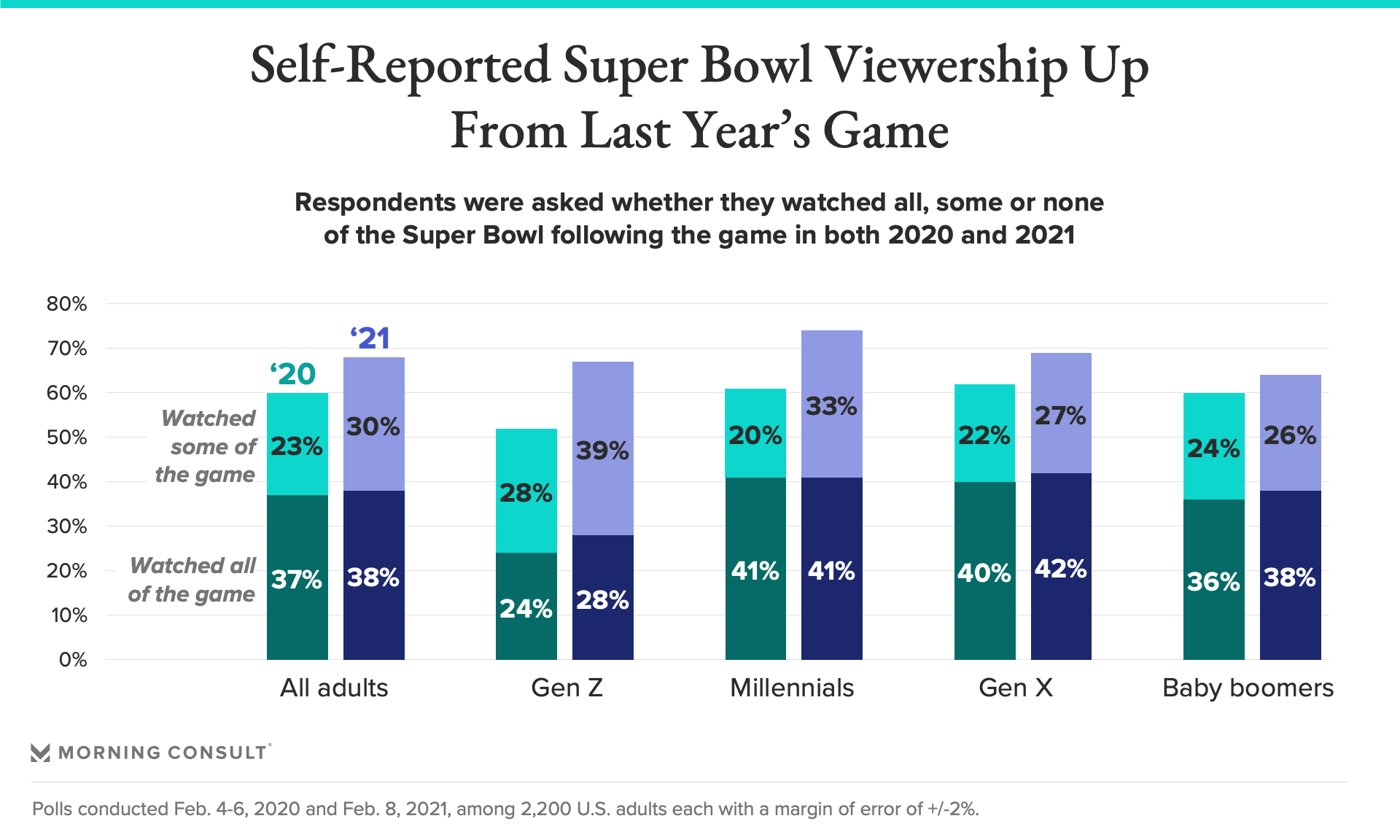 In a Morning Consult poll conducted Monday, 68 percent of U.S. adults said they watched all or part of the Tampa Bay Buccaneers’ 31-9 rout of the Kansas City Chiefs, up 8 percentage points from a poll taken after last year’s Super Bowl LIV. That game, which featured the Chiefs against the San Francisco 49ers, was essentially decided in the fourth quarter, but lacked the presence of Brady, the league’s most well-known and polarizing player.

While the share of Generation Z adults who watched at least some of Sunday’s game was roughly in line with the broader public, they were significantly less likely to say they watched the entire game.

CBS, which aired Super Bowl LV, has not yet announced national viewership figures for Sunday’s game, including share, average audience or total reach. The final count — which includes linear, streaming and out-of-home viewership on CBS platforms, as well as ESPN Deportes’ Spanish-language telecast — is generally made available several days after the game.

Related: Does the NFL Still Have a Political Problem? Republicans Less Likely Than Democrats to Watch Super Bowl

Among self-identified Super Bowl LV viewers, 56 percent claimed to have watched the entire game, with the other 44 percent saying they watched only a portion of the game. The first quarter was the most-viewed quarter, according to the data, with 83 percent of self-identified viewers indicating they were watching at that time. The third quarter was the least-viewed quarter at 73 percent.

Amid the COVID-19 pandemic, 19 percent of those who watched the game said they gathered with individuals from outside of their household to do so. Younger viewers were more likely to get together, as around 1 in 3 Gen Zers and millennials who watched the game either hosted or attended a party. There was no significant difference between the share of Democrats and Republicans who said they gathered for Super Bowl LV.

While 64 percent of respondents who watched the game said they were tuning in primarily to watch football, only 53 percent wound up enjoying the game more than the halftime show, which starred Canadian recording artist The Weeknd, and the big-budget commercials. Two in 5 viewers said either the halftime show or the commercials was their favorite part of the evening.