Netflix, Disney+ are leaders in original, exclusive content, according to a new Reelgood report 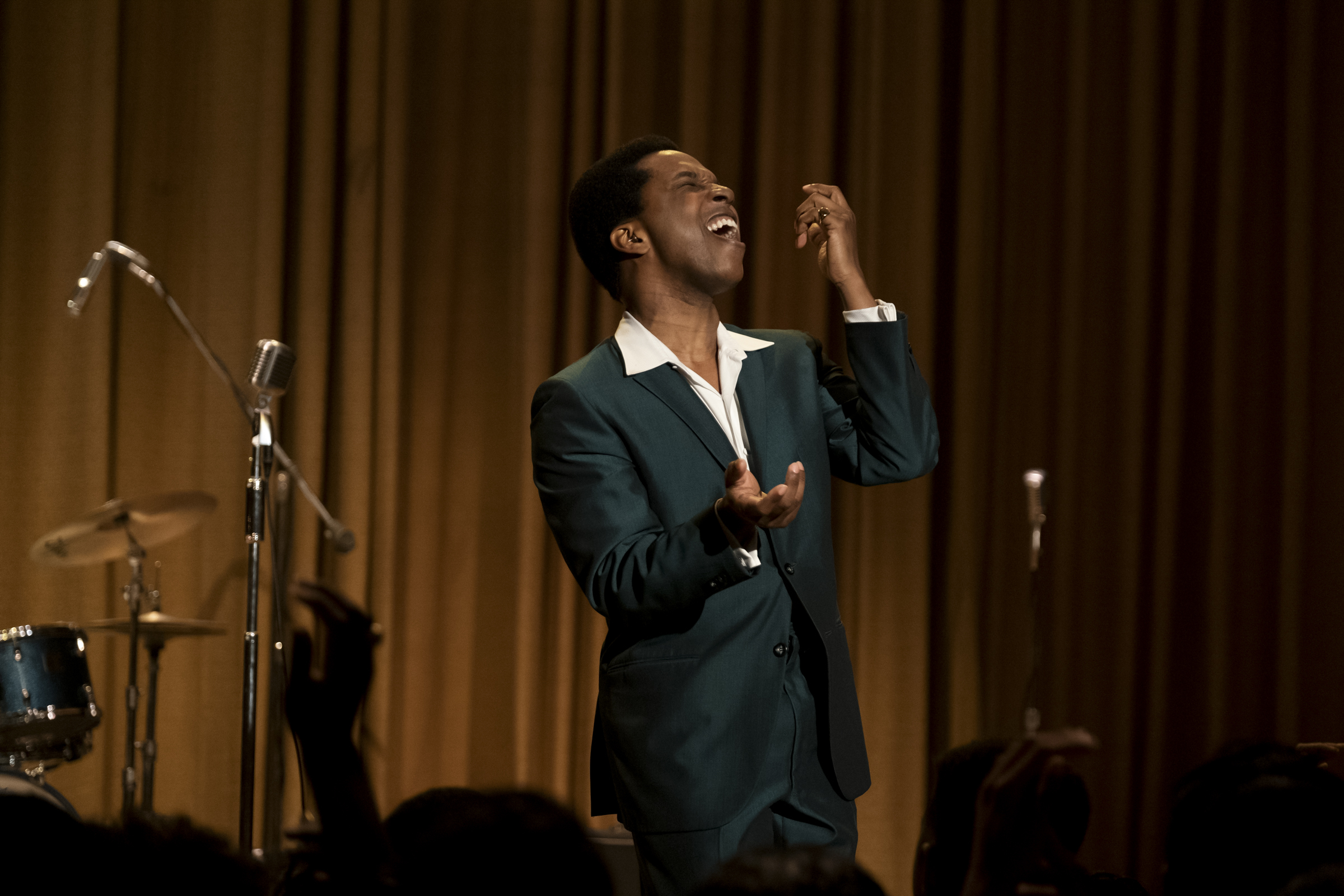 Leslie Odom Jr. in "One Night in Miami," an Amazon Prime Video original movie. The Amazon streamer offers the most movies and TV shows per dollar, according to Reelgood. (Patti Perret / Amazon Studios)
By Sarah Shevenock

With more streaming options than ever, consumers are faced with the choice of finding the right services for their budget and entertainment needs.

A new Reelgood white paper, shared exclusively with Morning Consult, offers insight into which services offer consumers the most value for their dollar, as well as the leading players in exclusive, original programming. 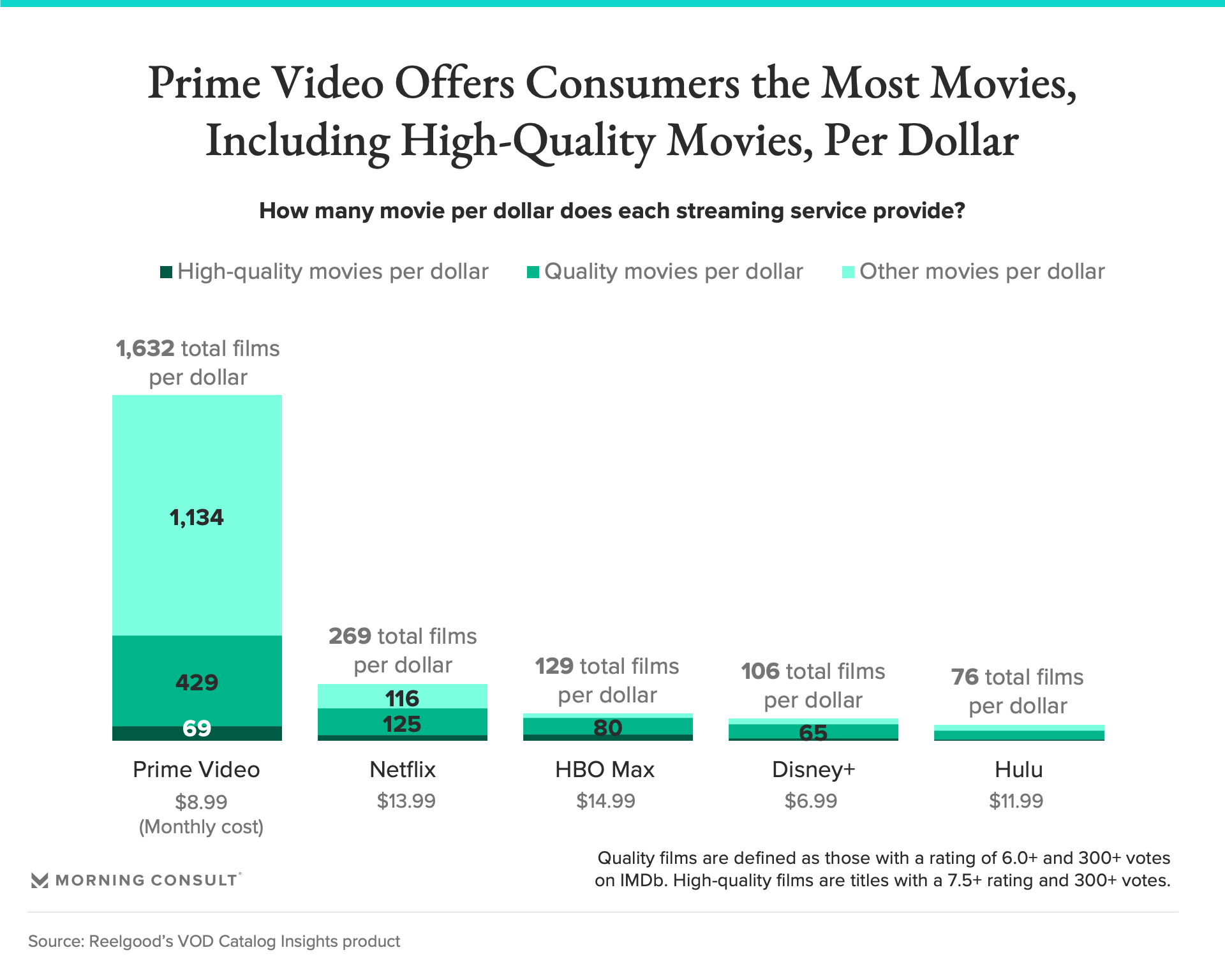 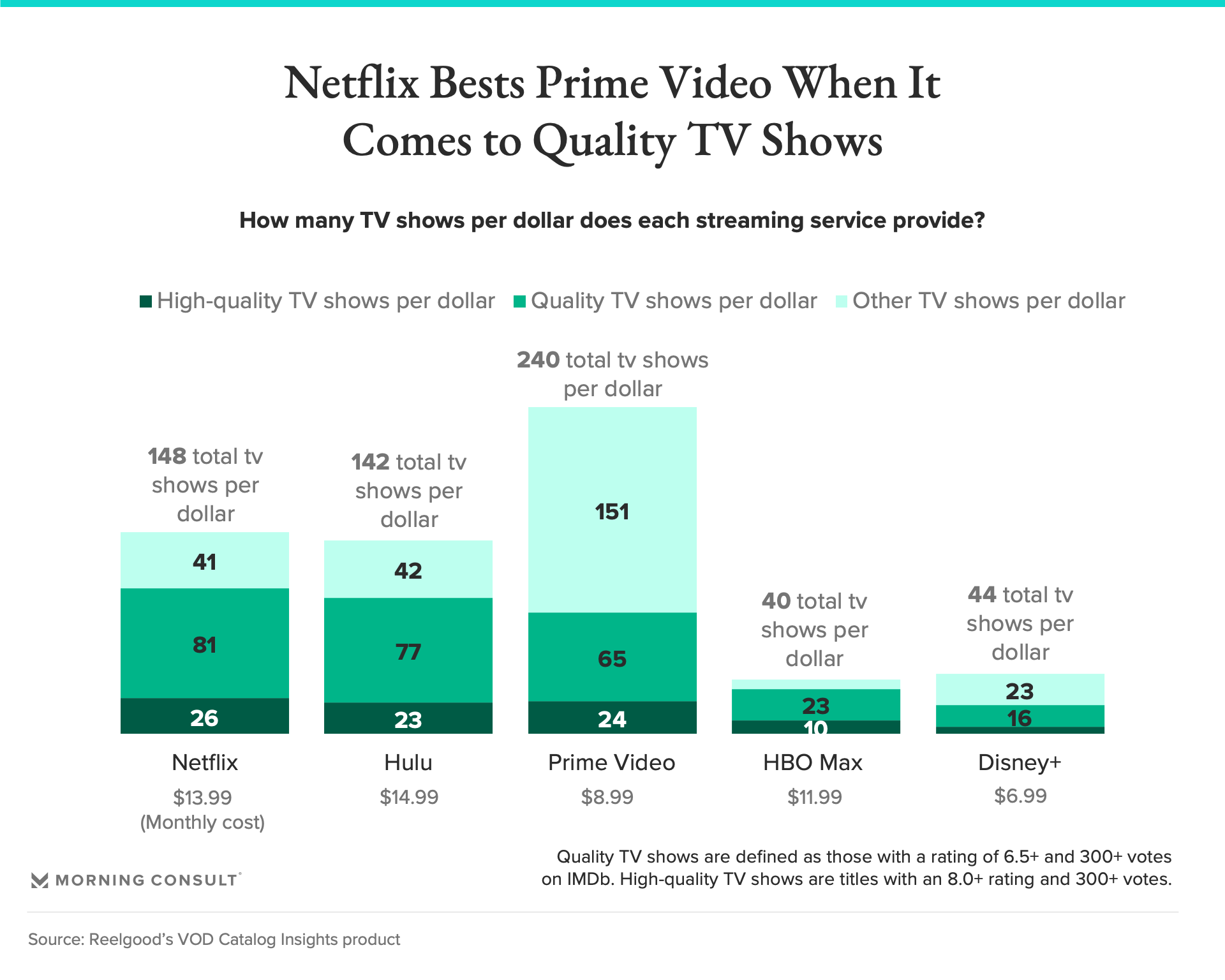 When it came to TV shows per dollar, Prime Video again came out on top, though the service was bested by Netflix Inc. when it came to the ratio of quality TV shows: Netflix’s standard pricing of $13.99 per month offers users 81 shows with an IMDb rating of 6.5 or higher per dollar. 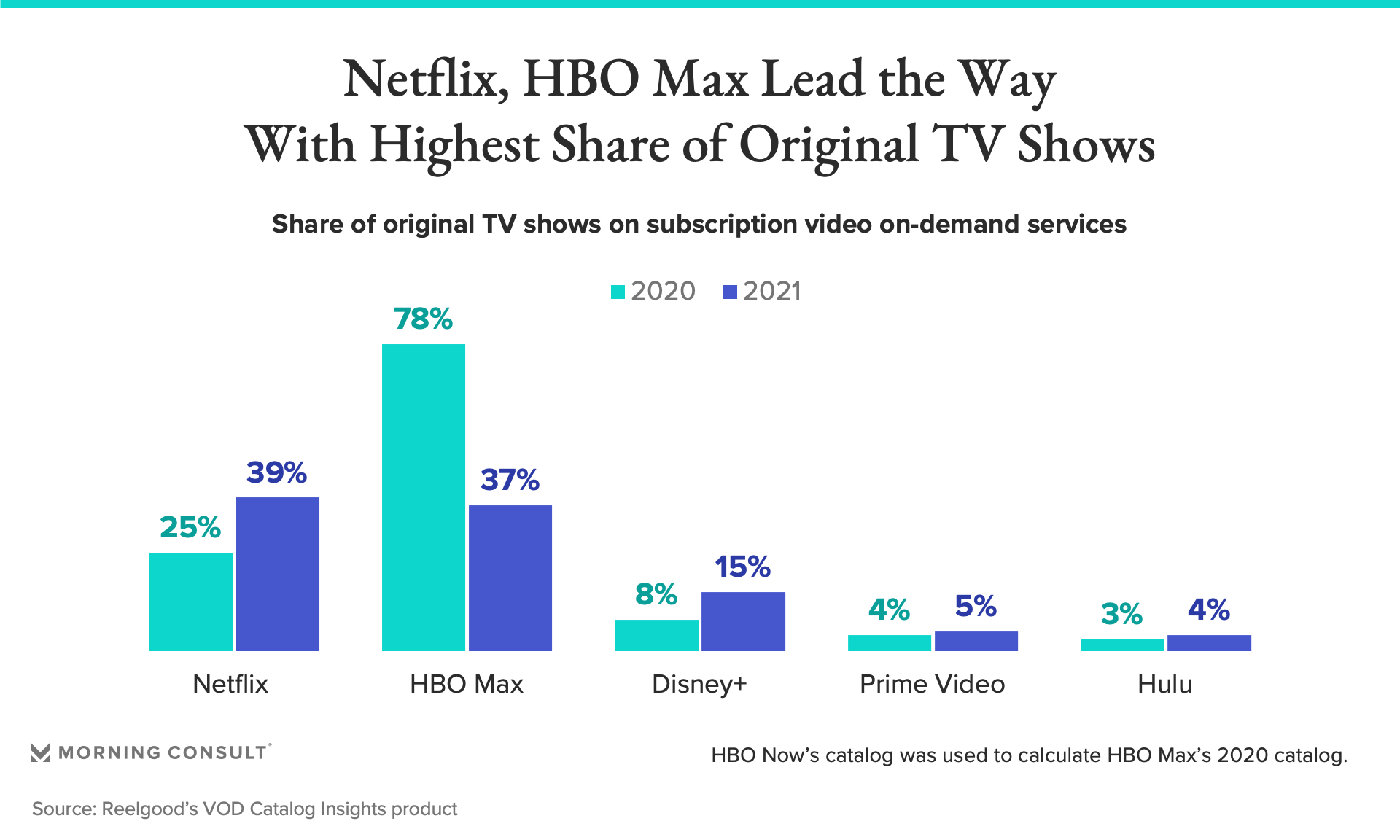 When it comes to original TV shows, Netflix leads the pack. Last month, 39 percent of its television programming were originals, up from 25 percent the previous year. WarnerMedia’s HBO Max was a close second, with originals accounting for 37 percent of its TV library in January. Hulu’s ad-free subscription, at $11.99 per month, came in last, with just 4 percent of its TV programming considered originals.

A Morning Consult analysis of Netflix’s U.S. Top 10 list in January found that 62 percent of the titles featured on the list throughout the month were Netflix original series or films. 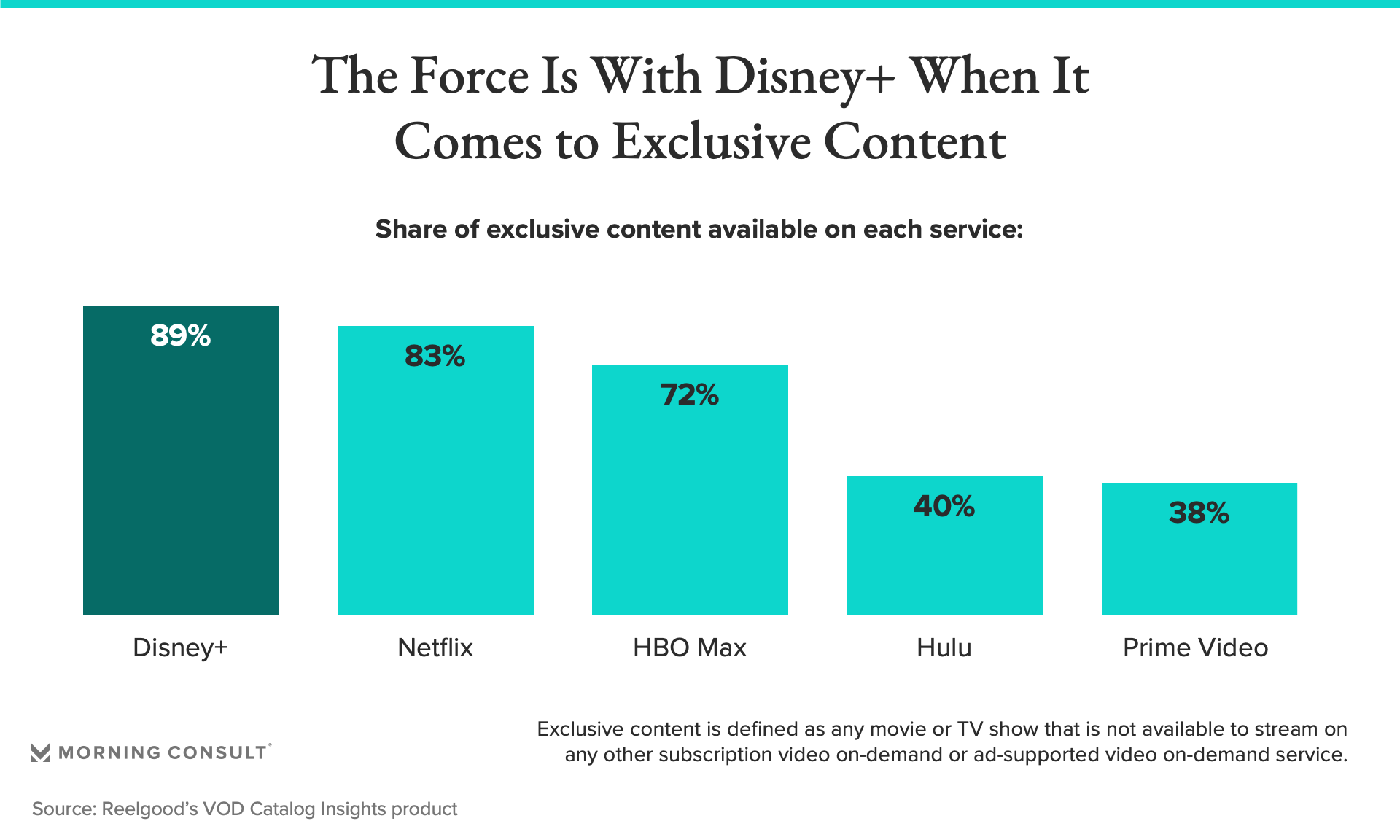 When looking at each service’s exclusive content — any movie or TV episode that’s not available to stream via another subscription video on-demand service or ad-supported video on-demand service — Walt Disney Co.’s Disney+ is the clear winner. Eighty-nine percent of the streamer’s content is exclusive, according to Reelgood, which releases a report on VOD catalogs biannually.

More exclusive programming may lead to more subscribers. Per its last earnings report, Netflix has nearly 74 million paid subscribers in the United States and Canada, while Disney+ has nearly 87 million subscribers, the company said in December. HBO Max and HBO ended 2020 with more than 41 million U.S. subscribers, according to AT&T Inc.’s fourth quarter financials.

Related: What Did People Watch the Most on Netflix in January? Netflix Originals.
Film and TV Streaming Subscription