This Education Nonprofit Was Set to Shutter After Hitting Its Connectivity Goal for Schools. COVID-19 Created a New Mission

EducationSuperHighway has expanded its aim to help close the homework gap, address the digital divide 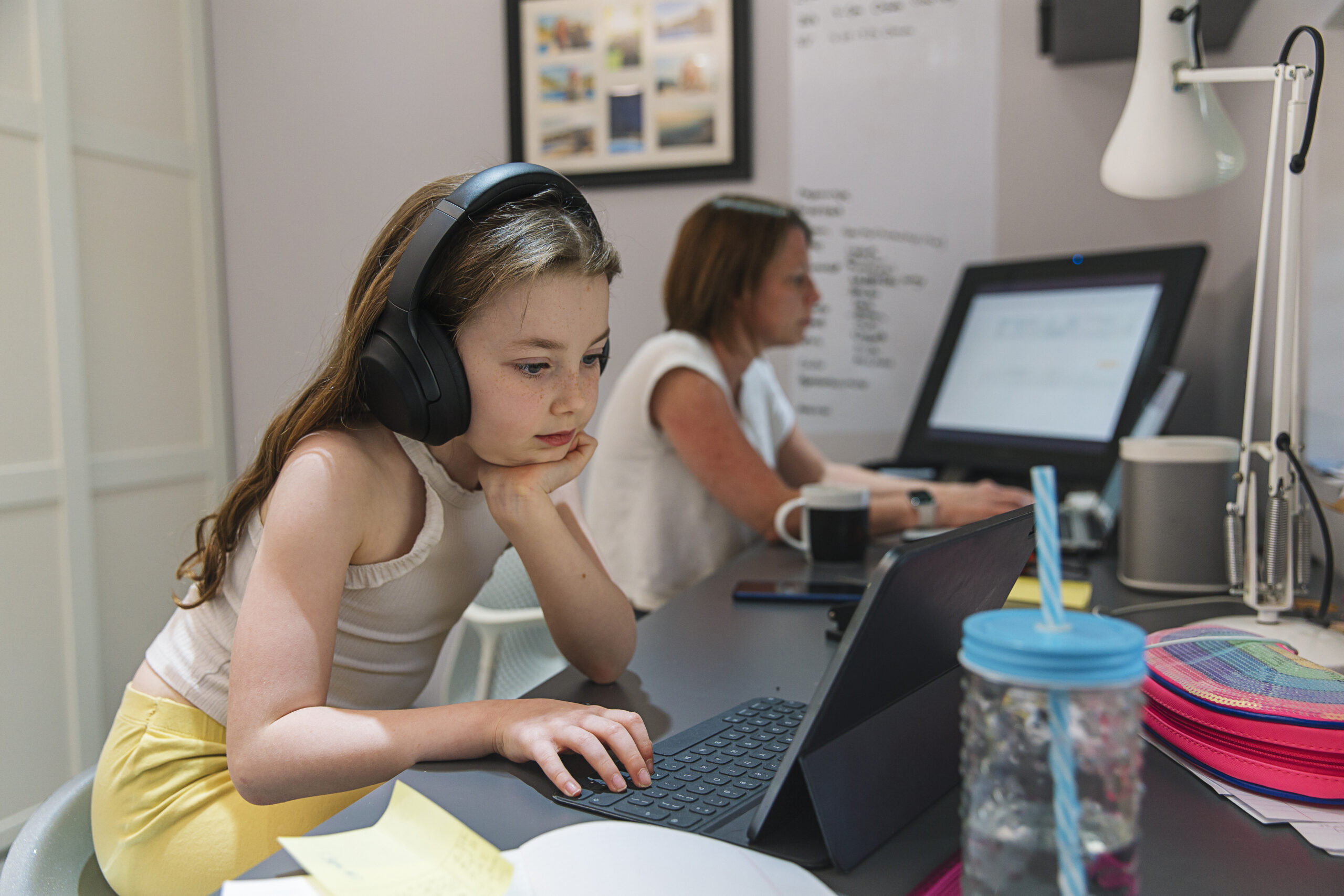 March 15, 2020, was the first day Evan Marwell sensed that he’d have to change course.

Just a week earlier, the number of daily COVID-19 cases in the United States had more than doubled from 201 that Monday to 556 by Friday. One school district after another had announced plans for remote learning for at least the next few weeks, leaving students and educators lacking reliable at-home internet service in the dark.

By March 15, the phone calls started pouring in to Marwell, who runs EducationSuperHighway, a nonprofit focused on closing the classroom internet gap. First they came from Federal Communications Commission and Capitol Hill officials, who had questions about how many students fell into the homework gap and lacked at-home internet access. Then, more questions from state governors and school districts raising similar concerns.

There was just one problem: EducationSuperHighway had plans to close its doors by Aug. 31 after they say 99 percent of students had access to high-speed internet and long term, they didn’t think they were equipped to provide additional help.

Then, COVID-19 changed the definition of a classroom — so EducationSuperHighway’s mission adapted to include not just school buildings, but Americans’ homes, as well.

For years, Marwell had believed that closing the homework gap was an unsolvable problem for two reasons. First, no clear dataset exists that accurately details how many students and educators — never mind Americans overall — lack at-home internet, making progress difficult to track and measure. And second, he didn’t see enough political will in Washington to close the gap.

Now, in 2021, nearly a year after the coronavirus pandemic brought many Americans’ daily lives online, EducationSuperHighway is still around. But instead of focusing solely on the homework gap, they’re laying the groundwork to potentially tackle something even bigger: the digital divide across the entire United States.

By doing this, Marwell and EducationSuperHighway are entering a decadeslong battle throughout Washington over how to collect data from internet service providers to determine which U.S. households have access to adequate high-speed internet — a project that has serious ramifications over how federal broadband funding to close the digital divide is doled out.

In September, EducationSuperHighway joined forces with a mix of industry trade associations, including USTelecom, NCTA (The Internet and Television Association), NTCA (The Rural Broadband Association) and ACA Connects, for the “K-12 Bridge to Broadband Initiative,” under which 89 providers, including Verizon Communications Inc. and AT&T Inc., will voluntarily share information about which households they count as customers to help school officials determine the exact size of the homework gap.

If all goes well, this model could also be applied to the broader digital divide in the United States, Marwell said.

From the perspective of internet service advocates, the only catch in the plan is that the data will be shared confidentially — ideal in the context of protecting student and family information but another loss in their yearslong battle at the FCC and on the Hill about what providers are required to share publicly.

Internet service providers “make it sound like this is rocket science. They make it sound like, ‘Oh if we spend several years developing some brand-new technology, we’ll get the maps right,’ as if it’s the Apollo project to the moon or something,” said Joshua Stager, senior policy counsel and government affairs lead at New America’s Open Technology Institute. “But it’s actually not that complicated.”

In recent years, bipartisan momentum to overhaul how the FCC measures internet access has grown, with concerns centering around the FCC’s Form 477, which broadband providers fill out twice a year to indicate where they provide internet speeds exceeding 200 kilobits per second in at least one direction. In its current state, the form allows providers to say they serve a U.S. Census-defined block if just one household in that area is served, creating the potential for the divide to look smaller than it actually is.

“The mapping is really just step zero,” Stager said. “It’s great to see that there’s finally a lot of attention to get past step zero, but when we finally get this long overdue step done, we will not be popping champagne bottles here.”

As the pandemic rages on, and the need for remote learning continues, advocates, including those at EducationSuperHighway, don’t want to wait for the FCC and Congress to enact reform on their own. And when Marwell read about similar projects at school districts in Chicago and North Dakota, which had reached out on their own to regional service providers to learn more about which households were unserved, he saw the potential to quickly scale that same idea.

“This was a real game changer,” Marwell said, noting that this partnership changed his mind on why his organization shouldn’t tackle the homework gap.

By the time the initiative was announced in September, EducationSuperHighway had pushed back its plans to sunset until October. But once that partnership was in place, Marwell realized that they wouldn’t be able to shut down the next month after all.

While there’s no clear sunset date for EducationSuperHighway now, Marwell hasn’t ruled out shutting down in the future. That decision, though, comes down to whether the Biden administration follows through on its promise to prioritize closing the digital divide.

“He’s going to get one major policy bite of the apple, and if it’s not in that, chances are it’s not going to get done,” Marwell said. “It’s a bipartisan issue, and there’s not a lot of those.”

One way to do that is by making the recently created emergency broadband benefit, where low-income households could receive up to $50 a month to pay their internet bills, a permanent program. Another would be for the FCC to expand the use of E-rate funds, which subsidizes internet costs for schools and libraries, so they can be used in homes — which could happen under the House’s latest relief budget language that dedicates $7.6 billion to doing just that.

During the campaign, Biden also included a pledge to dedicate $20 billion to expand rural broadband infrastructure, in addition to calling for key federal agencies to support the buildout of municipally owned broadband networks and reform the Lifeline program.

And if the Biden administration doesn’t move forward with those ideas, Marwell said EducationSuperHighway will be around to close the divide.