Ahead of GameStop Trading Hearing, More of the Public Than Not Thinks Fintechs Merit More Regulation

39% of adults said fintech companies should face increased regulation vs. 16% who said the opposite 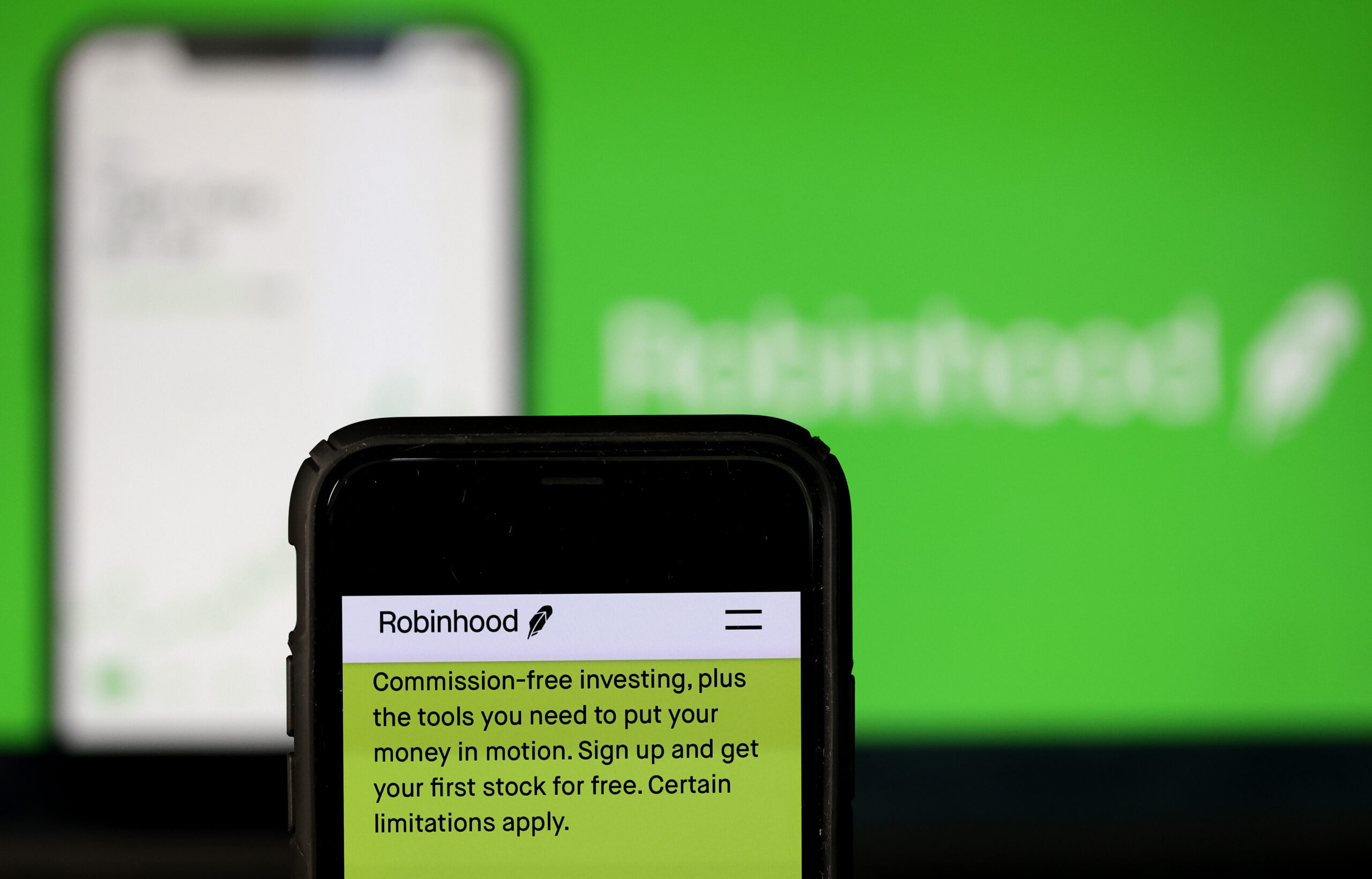 As lawmakers prepare to hear from major actors in the GameStop Corp. trading frenzy Thursday, Washington is still struggling with how to frame a story that the public has already cast as the little guy taking on Wall Street.

It’s unclear how much heat the financial technology industry will take during the Biden administration, especially after the role Robinhood Markets Inc. played in the the GameStop saga. But according to a new Morning Consult poll, at least, much of the public seems more concerned about consumer protection than lifting regulatory burdens for fintechs. 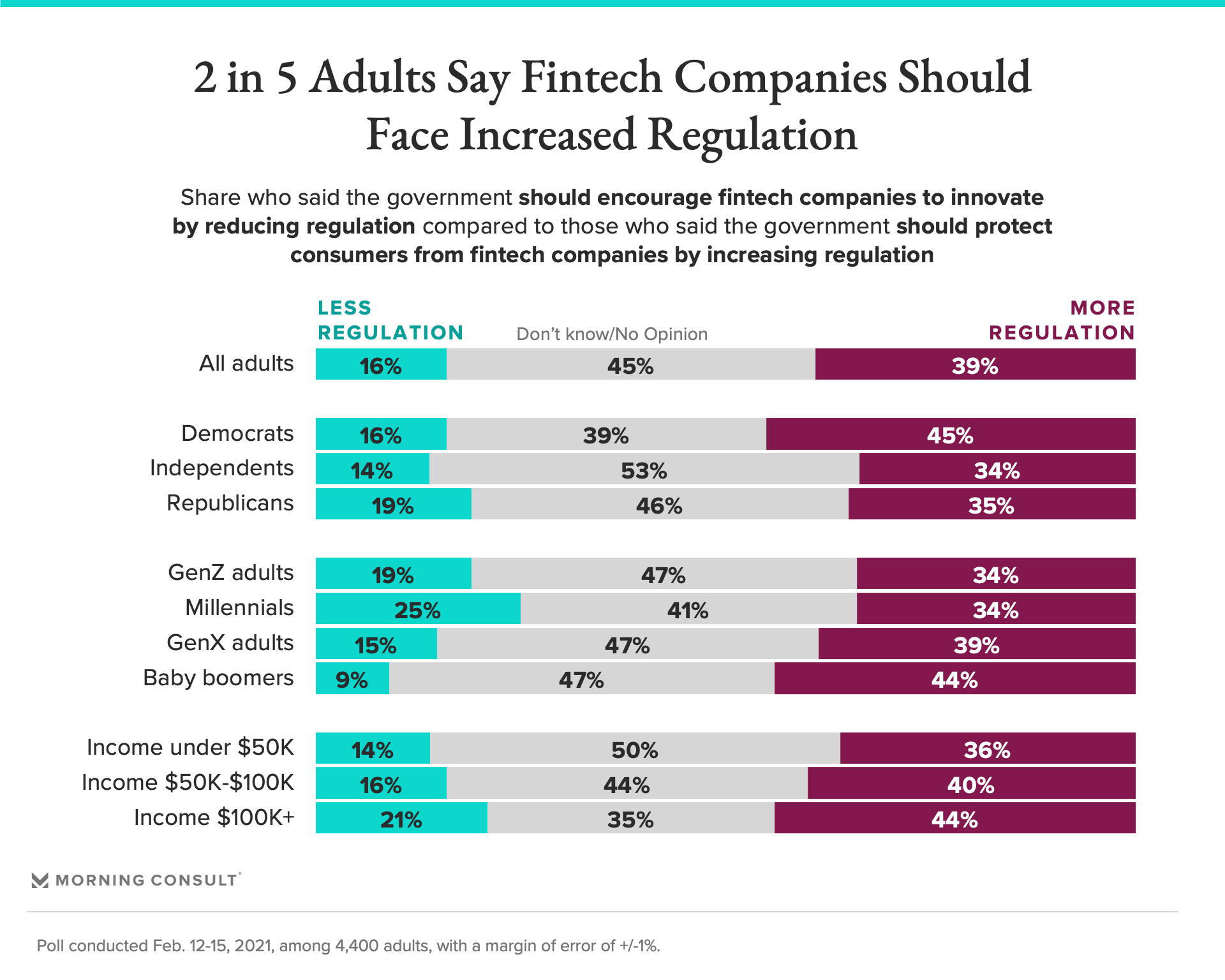 Thirty-nine percent of all U.S. adults said they agreed more with the statement “the U.S. federal government should protect consumers from fintech companies by increasing regulation” than they did with “the U.S. federal government should encourage fintech companies to innovate by reducing regulation.” Sixteen percent said they would prefer less regulation, while 45 percent did not know or had no opinion on the matter.

The poll surveyed 4,400 U.S. adults and has a margin of error of 1 percentage point.

The House Financial Services Committee hearing is already promising to be a blockbuster. It will include testimony from Reddit Inc. Chief Executive Steve Huffman, Citadel Securities CEO and GOP donor Ken Griffin and Robinhood CEO Vlad Tenev, all of whom played a role in the market frenzy around GameStop.

Matching the concerns of some Democratic lawmakers, 45 percent of Democrats said they would select more regulation of fintechs to protect consumers if given the choice. Some progressive Democrats have a history of challenging the encouragement the Trump administration gave fintechs in pursuing new lines of business, especially when it could be seen as a threat to consumer protection, while others have taken a more moderate stance, calling for more innovation and growth in the sector.

GOP lawmakers have long-touted the possibility of fintech as a tool to increase financial inclusion, especially among the unbanked. Nevertheless, 35 percent of Republicans said the industry should face greater regulatory scrutiny compared with 19 percent who said fintechs should receive less regulation.

The survey also found a notable split among generations over fintech regulation.

Millennials were the most likely group to say the government should decrease regulation to encourage fintech innovation at 25 percent.