Podcast Companies Are Betting on Advertising Technology to Boost Business, but Some Remain Hesitant 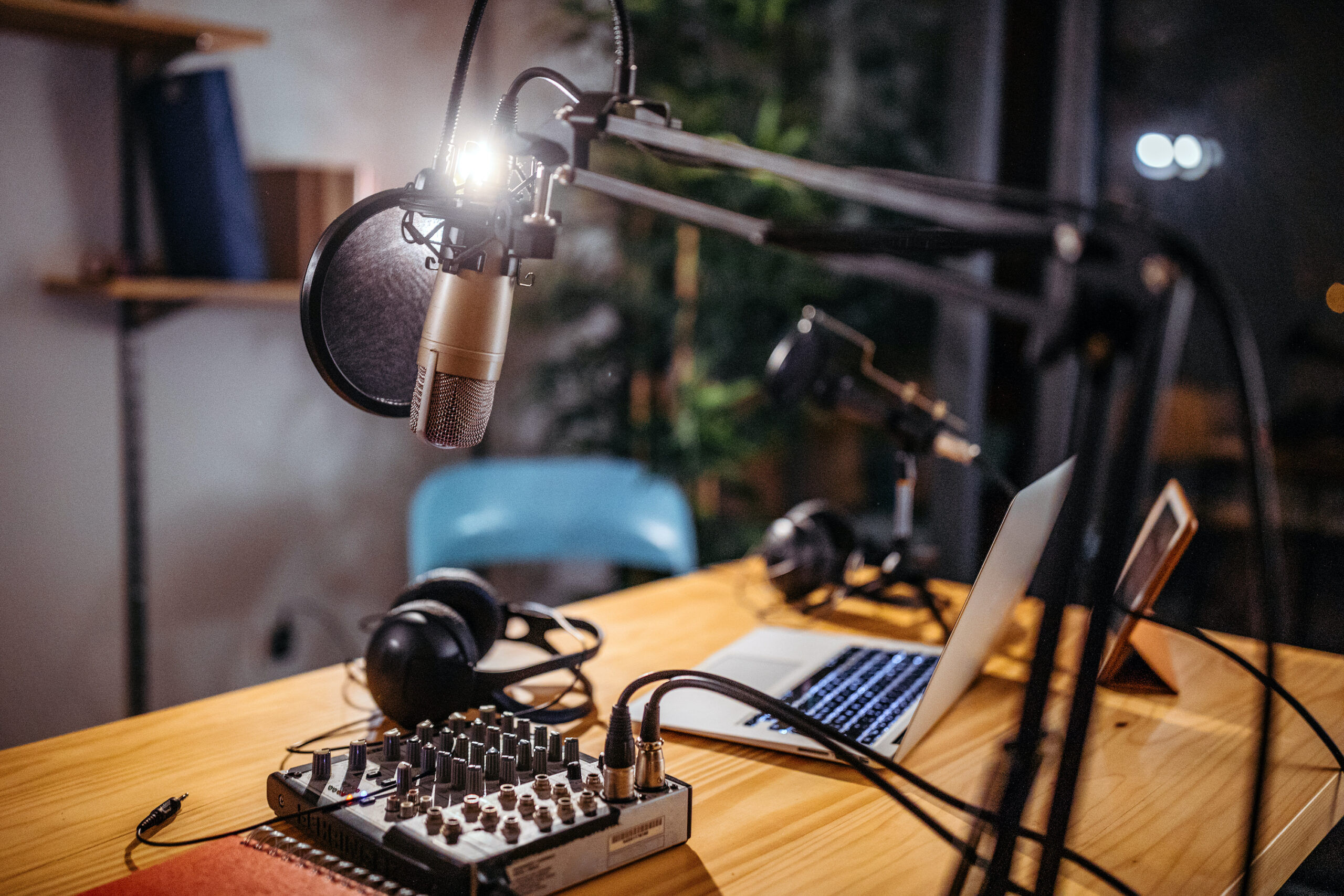 Last week, iHeartMedia Inc., which operates one of the biggest podcast networks in the country, announced it would acquire audio advertising technology company Triton Digital, a move aimed at helping the radio giant expand its advertising options to attract more buyers. It also reflects an increasingly common business decision in podcasting, as the growing industry looks to continue expanding its ad revenue.

For some podcast companies, the bet on ad tech — the technology and software used to buy, sell, target, place and analyze digital ads — could attract advertisers who are used to more advanced targeting and measurement capabilities than the podcast industry currently offers through its more personal, predominant white-glove sales method that has long defined advertising on podcasts.

But for others, pushing into programmatic advertising, a newer approach for the podcast industry that automates the process of buying and selling ads, still seems unnecessarily risky, even as major players do so with increasing frequency.

Crooked Media, for instance, does not offer programmatic buying, Bizzarro said, walking a fine line as they attempt to give advertisers access to new technologies for tasks such as measurement while doing so in a way that protects listener data and the nature of the network’s popular host-read spots, which fetch up to $75,000 for 60 seconds in the network’s most popular podcasts, such as “Pod Save America.”

Highly sought after across the podcast industry, host-read ads are seen as a more intimate way for brands to connect with listeners through a program’s hosts as opposed to pre-produced ads. Listeners enjoy the host-read ad format, too: 52 percent said they’re likely to take recommendations from podcasts hosts they like, according to Morning Consult polling.

“When you create a space that has more cookie-cutter ads in particular, you could devalue the property or the podcast,” Bizzaro said.

But there’s demand for programmatic podcast ads regardless, and for companies with large catalogues of shows, such as iHeartMedia and its hundreds of original programs, meeting that demand drives additional revenue. Triton isn’t the first addition to iHeartMedia’s ad tech stack; it acquired the audio platforms Voxnest and Jelli in October 2020 and November 2018, respectively.

Likely, the continued growth of podcast advertising will be spurred on by a combination of both options, said Brian Kaminsky, chief data officer at iHeartMedia, which still conducts the vast majority of its sales via a direct sales force and often sells out of ad inventory that way. Programmatic sales then tend to come in for remnant inventory.

“If you’re a big consumer packaged good company, you’ll likely want to do some of the more person-to-person stuff, but you’re also going to want to target people, and you’re going to want to buy a certain amount of advertising on a programmatic basis,” Kaminsky said.

Related: From the Host’s Lips to the Audience’s Ears: The Power of the Host-Read Podcast Ad

While host-read ads are not sold programmatically, that doesn’t mean the process can’t be automated, making deals easier for ad buyers and more accessible for hosts who aren’t represented by major podcast or advertising companies.

Gumball, a podcast ad marketplace spun out of the comedy podcast network Headgum, does exactly that, providing an ad tech solution for podcast advertisers outside of programmatic offerings.

Gumball is available to creators and ad buyers, said Chief Executive and co-founder Marty Michael, with more than 300 advertisers buying across 100 shows on the platform after launching in 2019. Its revenue increased 20 percent month over month through the second half of 2020, Michael said.

The platform addresses another ad tech issue not unique to podcasting: data privacy. Gumball relies on the relationships between hosts and listeners rather than user data, Michael said, as tech giants such as Apple Inc. and Google increasingly work to protect that information, often at the expense of ad-targeting methods.

While programmatic relies on that type of data and might face similar privacy issues to the digital advertising industry, Michael said it’s not going away any time soon, and will likely continue developing alongside host-read ad sales.

“Long term, most podcasts will adopt a mixed strategy of both,” Michael said.

Many companies are benefiting from this hybrid approach. 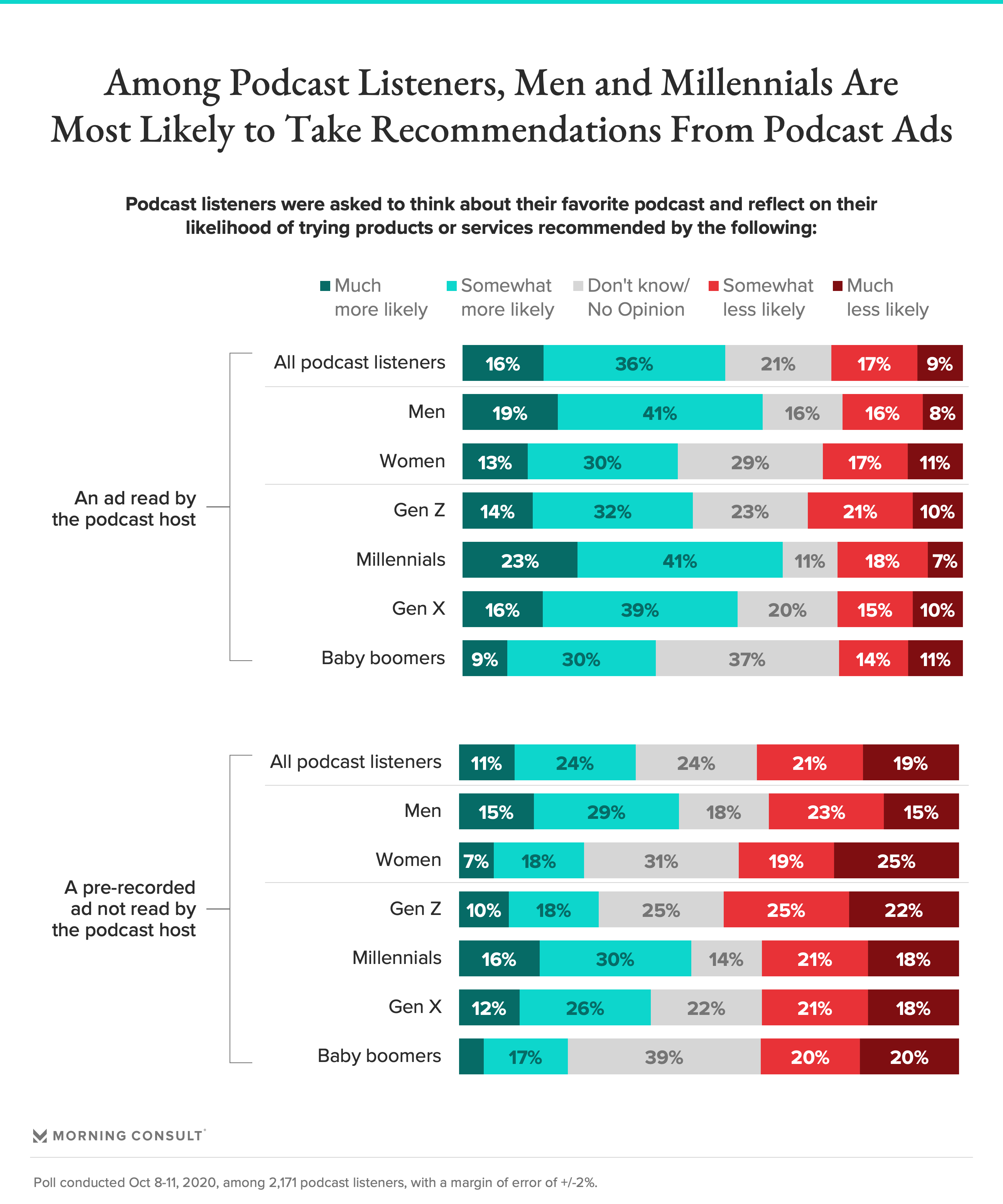 Elli Dimitroulakos, head of automation for the Americas at global podcast company Acast, said the vast majority of Acast’s more than 20,000 shows are available to buy programmatically, with the exception of a small number of publishers that have opted out.

Acast began implementing programmatic options about three years ago, and revenue from programmatic ad sales spiked by 215 percent from 2019 to 2020 as podcast listenership thrived during the pandemic, Dimitroulakos said. The company expects that programmatic will account for 10 percent of its 2021 ad revenue.

“With more and more people listening and engagement up, the buy side will then seek opportunities to scale,” Dimitroulakos said. “Programmatic is the way to do that.”

Krystina Rubino, head of offline growth marketing with a specialty in podcast advertising at marketing firm Right Side Up, said she has yet to significantly test programmatic podcast buying because of the lack of transparency and control for advertisers and buyers in the podcast ecosystem.

Right Side Up spends tens of millions of dollars on podcast advertising per year, and less than 1 percent of that goes toward programmatic solutions, she said.

“I want to test it, but as someone who’s spending tens of millions annually, my money’s not there yet,” Rubino said. “We’re repeating the sins of the digital past by not putting the power in the advertisers’ hands.”

At the same time, Rubino and her clients remain satisfied with the white-glove, host-read ad sales process. When she buys those ads, she said, the primary information she needs has more to do with the host’s relationship with listeners than hard data.

“That means so much more to me than any kind of ad targeting that I can buy,” Rubino said.