One Month in, 3 in 5 Voters Approve of Biden’s COVID-19 Response 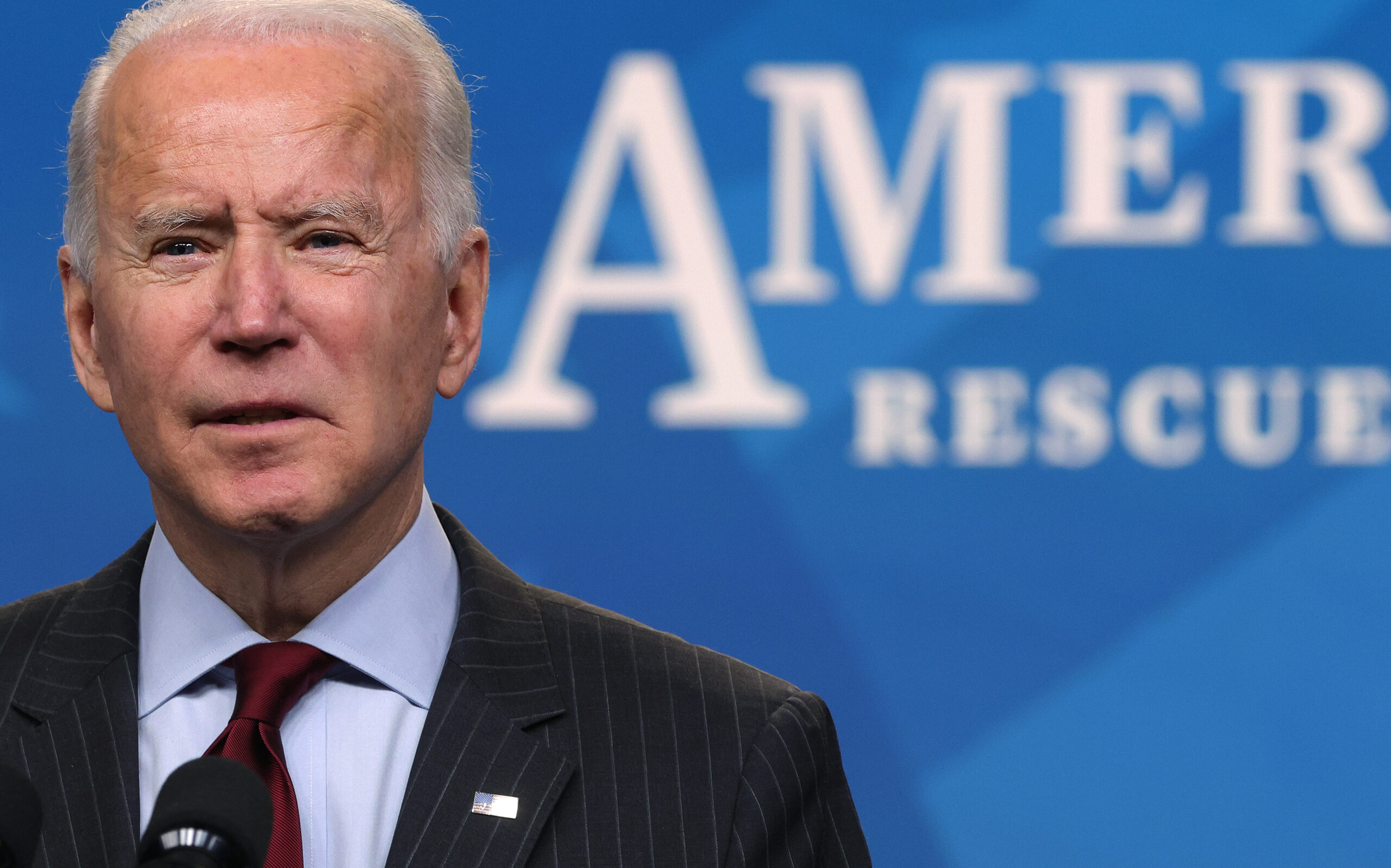 A Morning Consult poll found that 60 percent of registered voters approve of how President Joe Biden, pictured in the Eisenhower Executive Office Building on Feb. 22, 2021, in Washington, D.C., has handled the coronavirus, including 91 percent of Democrats and 23 percent of Republicans. (Alex Wong/Getty Images)
By Gaby Galvin

With Joe Biden’s first full month as president officially in the books, 3 in 5 voters say they either strongly or somewhat approve of his handling of the pandemic, Morning Consult polling shows.

On Jan. 20, Biden inherited a nation in its darkest moment of the pandemic and with a nascent vaccination effort already on track to reach his administration’s goal of 100 million shots administered in its first 100 days. Now, just over a month later, Biden’s high overall marks are driven by near-universal support among Democrats, with 91 percent saying they approve of his COVID-19 response so far, while 23 percent of Republicans said the same.

Another 33 percent of voters said they strongly or somewhat disapprove of Biden’s handling of the virus, including 71 percent of Republicans, while 6 percent of voters didn’t know or had no opinion. The survey was conducted Feb. 18-20 among 1,992 registered voters, and has a margin of error of 2 percentage points.

The findings come amid comments from Dr. Anthony Fauci, the nation’s top infectious disease expert, and Dr. Francis Collins, his boss at the National Institutes of Health, that the politicization of the pandemic, including public health measures like mask-wearing, led to thousands of potentially preventable deaths in the United States. The country’s death toll surpassed 500,000 this week, even as millions of people have gotten vaccinated and a promising one-shot candidate from Johnson & Johnson nears a likely authorization from regulators.

Despite the partisan split, Biden so far fares better than his predecessor when it comes to voters’ perceptions of their pandemic efforts.

At plus-27, Biden’s net approval — the share who support minus the share who oppose — on COVID-19 is higher than former President Donald Trump’s ever was in Morning Consult polling, even in the early days of the pandemic. In late March 2020, for example, Trump’s net approval reached a high of plus-14; by the time he left the White House, it had nose-dived to minus-24.

So far, voters also generally think better of Vice President Kamala Harris’ handling of the pandemic than they did of former Vice President Mike Pence’s. In late March of last year, Pence’s net approval was plus-17, but it was minus-7 right before he left office 10 months later. Harris’ net approval, meanwhile, is plus-18, down from plus-22 the week she assumed the vice presidency.

Other federal policymakers are still underwater. While net approval of Congress’ efforts on the pandemic has been creeping up since late December, lawmakers haven’t yet managed to fully win back voters, with a net approval of minus-5 in the latest survey.

Officials closer to home got higher marks, with state governments seeing a net approval of plus-26 and local authorities at plus-34 for their handling of the pandemic.

Voters have also held consistently positive views of health groups like the Centers for Disease Control and Prevention and the World Health Organization, which have net approvals of plus-45 and plus-27, respectively, for their approaches to COVID-19.