Consumer Confidence Increased in February Across the Country, Including in Texas

Morning Consult economist John Leer finds that consumers across almost every state grew more confident in February, a marked improvement from the 37 states that saw an increase in January 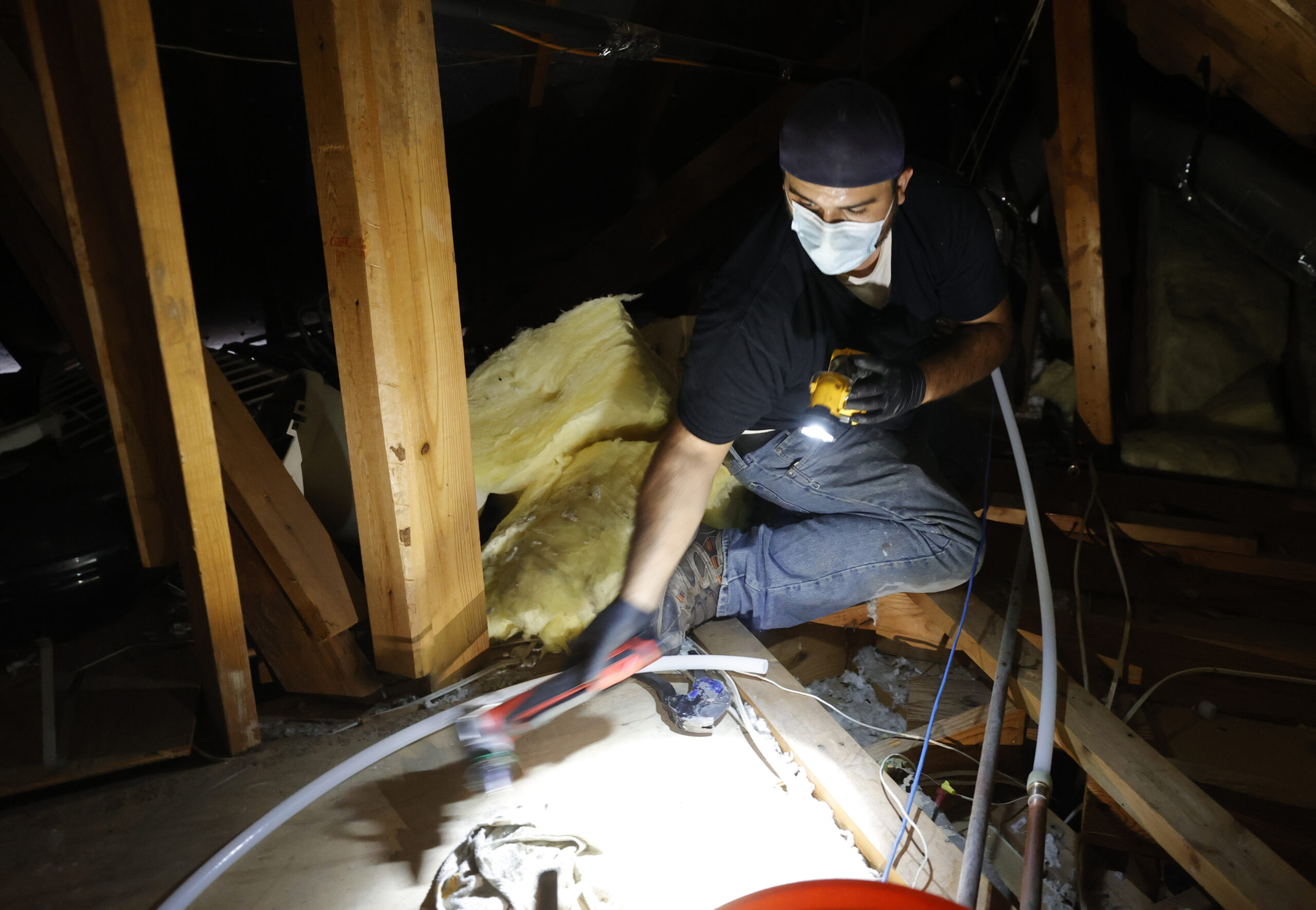 A plumber repairs a burst pipe in a Houston home on Feb. 21, 2021, after severe winter storm caused massive power outages in the state. Yet consumer confidence improved in February, according to Morning Consult’s Index of Consumer Sentiment. (Justin Sullivan/Getty Images)
By John Leer

Confidence improved across the country in February, with Morning Consult’s Index of Consumer Sentiment rising across 45 of 50 states. The only five states to record a decrease in confidence in February were Nebraska, Maine, Oklahoma, North Dakota and Arkansas, all of which decreased by 1 percent or less.

February marks an improvement over January, when consumer confidence increased in 37 of 50 states. The geographic scope of the recovery in confidence speaks to how broadly Americans are experiencing improving economic conditions and accelerating vaccine distributions.

February’s widespread increases in confidence across the country mark a dramatic reversal of the trend over the past year, when American consumers’ responses to economic news and developments were increasingly a function of where they live. Consumers across state lines responded in February more similarly than they have at any point since the onset of the pandemic. 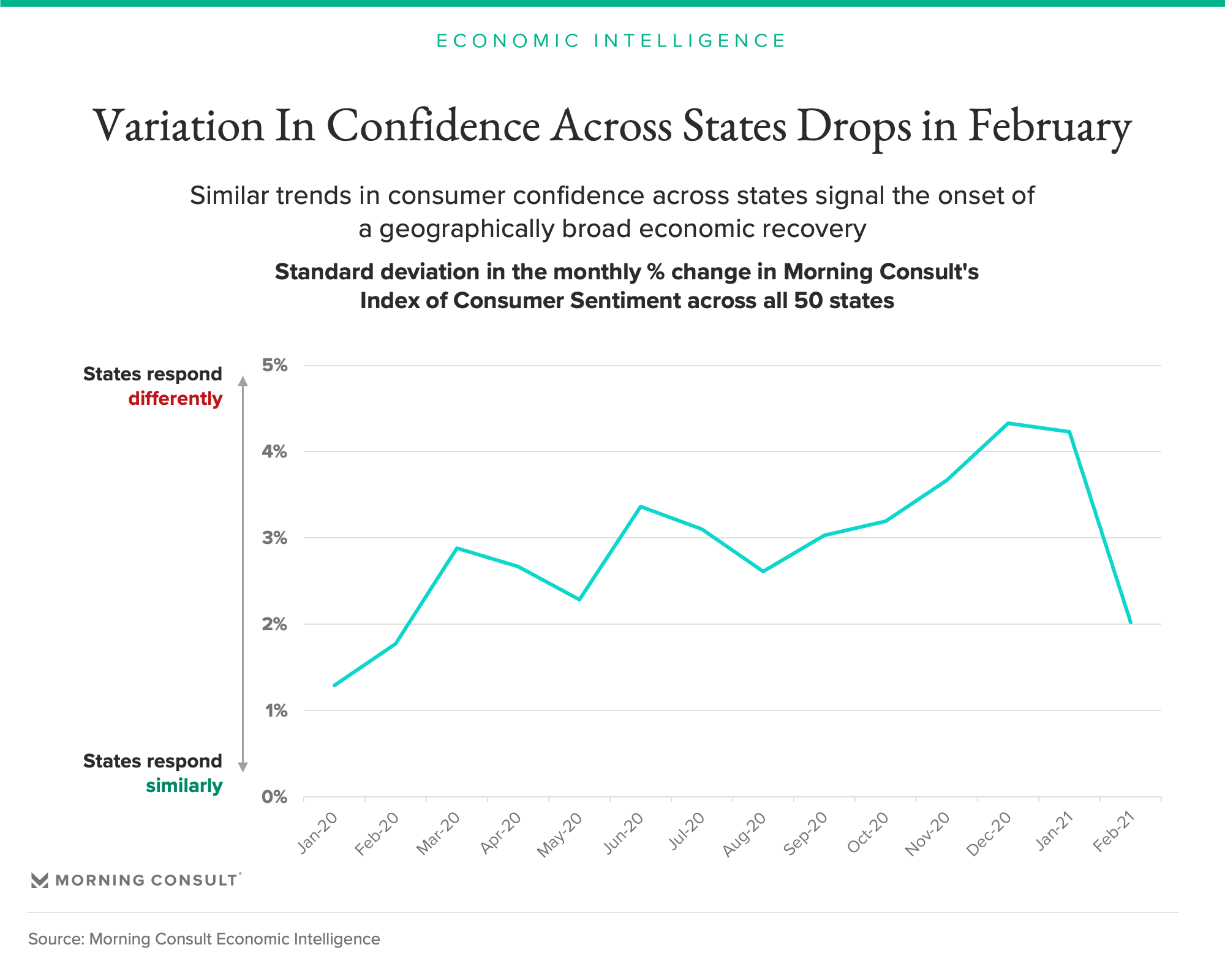 Despite the severe winter storm and human tragedy in Texas, consumer confidence moderately improved in the Lone Star State in February. The Index of Consumer Sentiment increased 2.3 percent from Jan. 31 to Feb. 28. While the ICS decreased on Feb. 12 in the immediate aftermath of the storm, it quickly resumed its longer-term upward trend.

On March 2, Texas Gov. Greg Abbott, a Republican, lifted the state’s mask mandate and increased the capacity of all businesses to 100 percent. This change in policy may impact consumer confidence in March, but the increase in confidence clearly predates the change in policy. 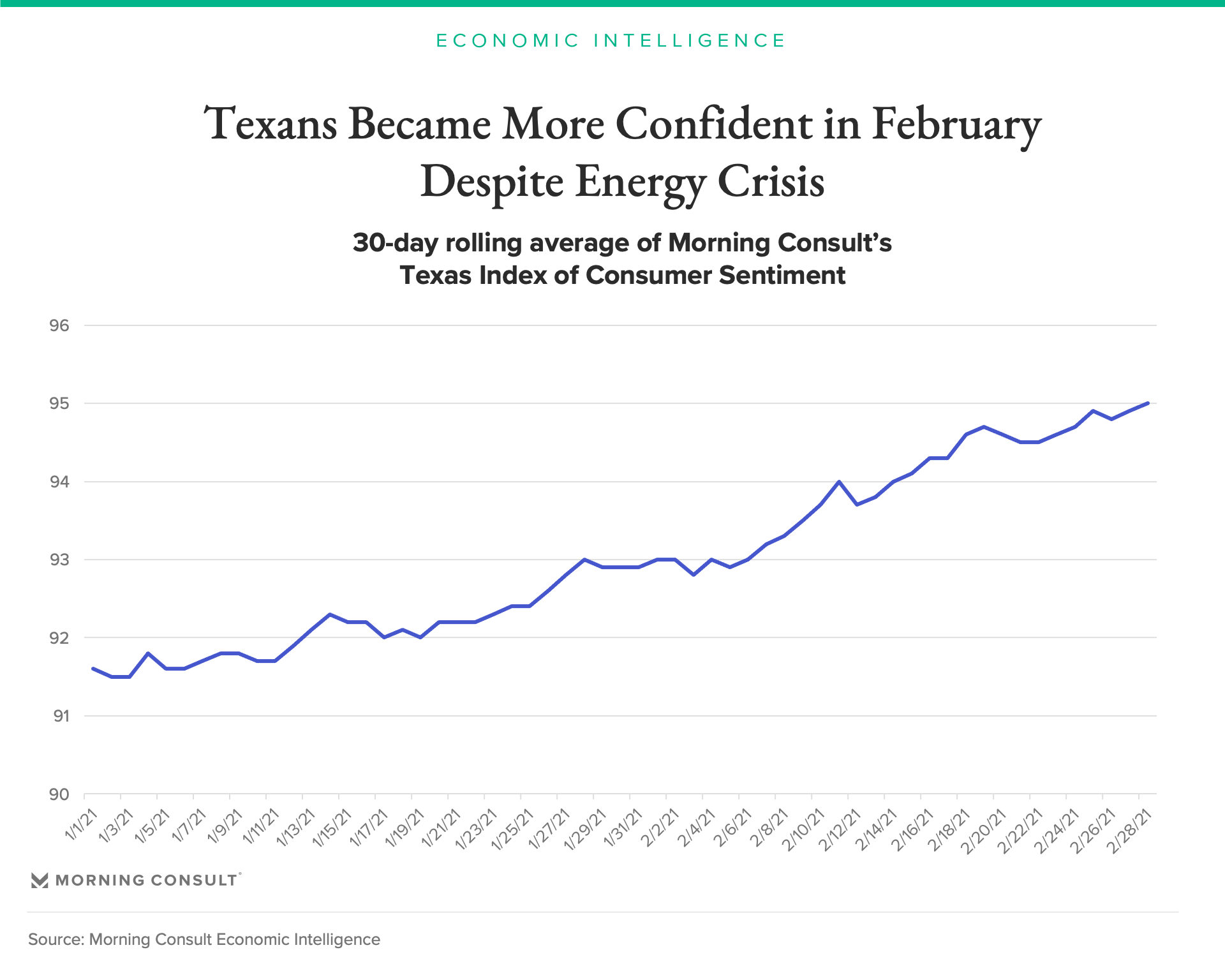 Going forward, it remains to be seen whether or not consumers across state lines will continue to react as similarly as they did in February, particularly if the economic recovery or vaccine distribution slows. Changes in states’ pandemic policies and restrictions such as those announced by Abbott may drive consumers in different states to respond more differently in the coming months. However, for now, countrywide macroeconomic conditions and pandemic developments are the dominant drivers of consumer confidence.