A Mixed Grade for COVID-19 Vaccine Rollout: More People See It as Effective but Frustration Is Still High

Adults most likely to describe effort as frustrating, effective, disorganized and too slow 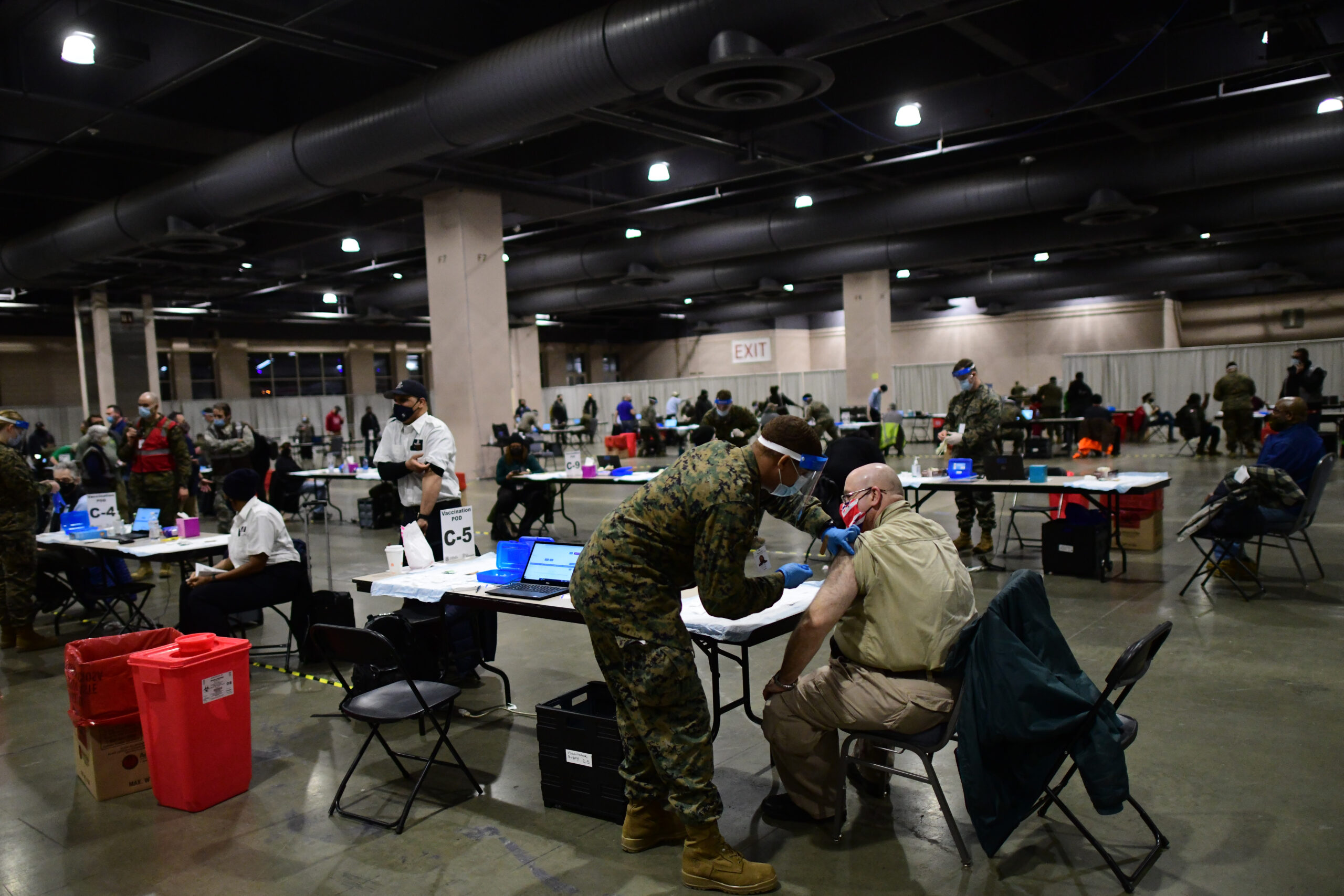 A member of the U.S. Armed Forces administers a COVID-19 vaccine at a FEMA community vaccination center on March 2, 2021, in Philadelphia. (Mark Makela/Getty Images)
By Gaby Galvin

Two and a half months into the country’s COVID-19 vaccine rollout, the public’s opinion of the effort has improved markedly — though they still want it to go faster.

As of March 2, about 20 percent of U.S. adults have gotten at least one COVID-19 shot, according to the CDC, with an average of 1.9 million doses administered per day over the past week as the Biden administration sprints toward its goal of 100 million shots in its first 100 days.

New Morning Consult polling shows the public has taken notice: 57 percent of adults said they think the vaccine rollout has been effective, up from 39 percent in early January. 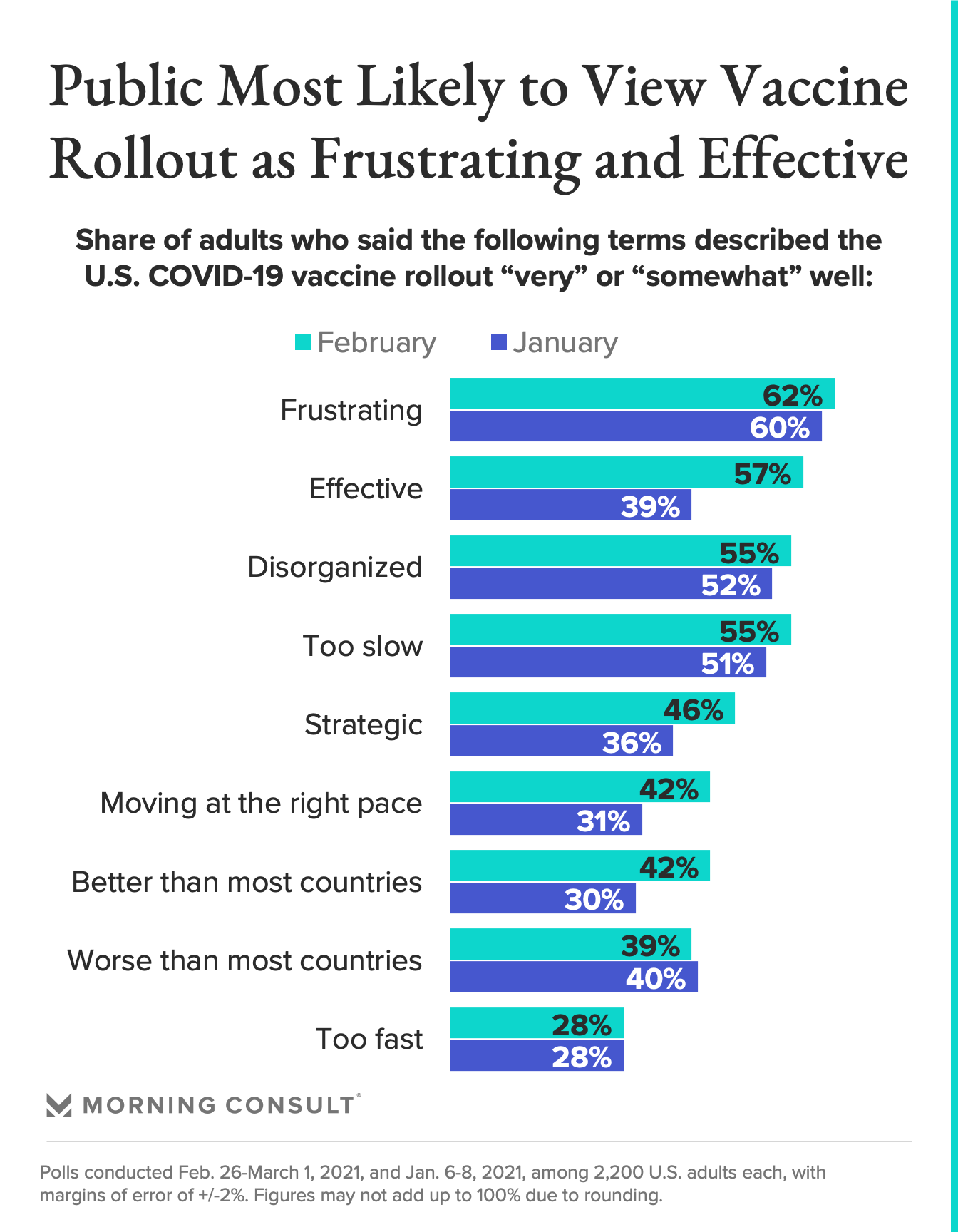 And they were split on whether the United States was doing better or worse than other countries, 42 percent to 39 percent. That perception clashes with data from Bloomberg’s global vaccine tracker showing the United States is toward the front of the pack when it comes to vaccinating its population.

The findings come days after federal regulators authorized Johnson & Johnson’s one-dose COVID-19 shot, adding to the country’s arsenal of vaccines from Moderna Inc. and Pfizer Inc.-BioNTech SE. Together, the drugmakers could boost U.S. vaccine supply to have enough doses for every American adult by the end of May, President Joe Biden said Tuesday.

But Biden and other administration officials have previously predicted vaccines will be widely available in the United States anywhere from early spring to mid-summer, and the shifting timeline appears to have left many unvaccinated adults uncertain about when they can expect a shot.

Older adults generally thought they’d get vaccinated sooner than younger adults did, but there were few other differences among groups.

Related: Adults More Likely to Say They’d Get a COVID-19 Shot if They Know Someone Who’s Been Vaccinated

Still, the latter figure is down from January, when 55 percent of adults said the government hasn’t done well at letting them know when they’ll be eligible.

Asked about the main reason they haven’t yet gotten a shot, 36 percent of unvaccinated adults said they weren’t yet eligible and 30 percent said they don’t plan to get vaccinated.

But others are facing challenges, with 12 percent of unvaccinated adults saying they were eligible for a COVID-19 vaccine but couldn’t get an appointment, including 41 percent of those 65 and older. 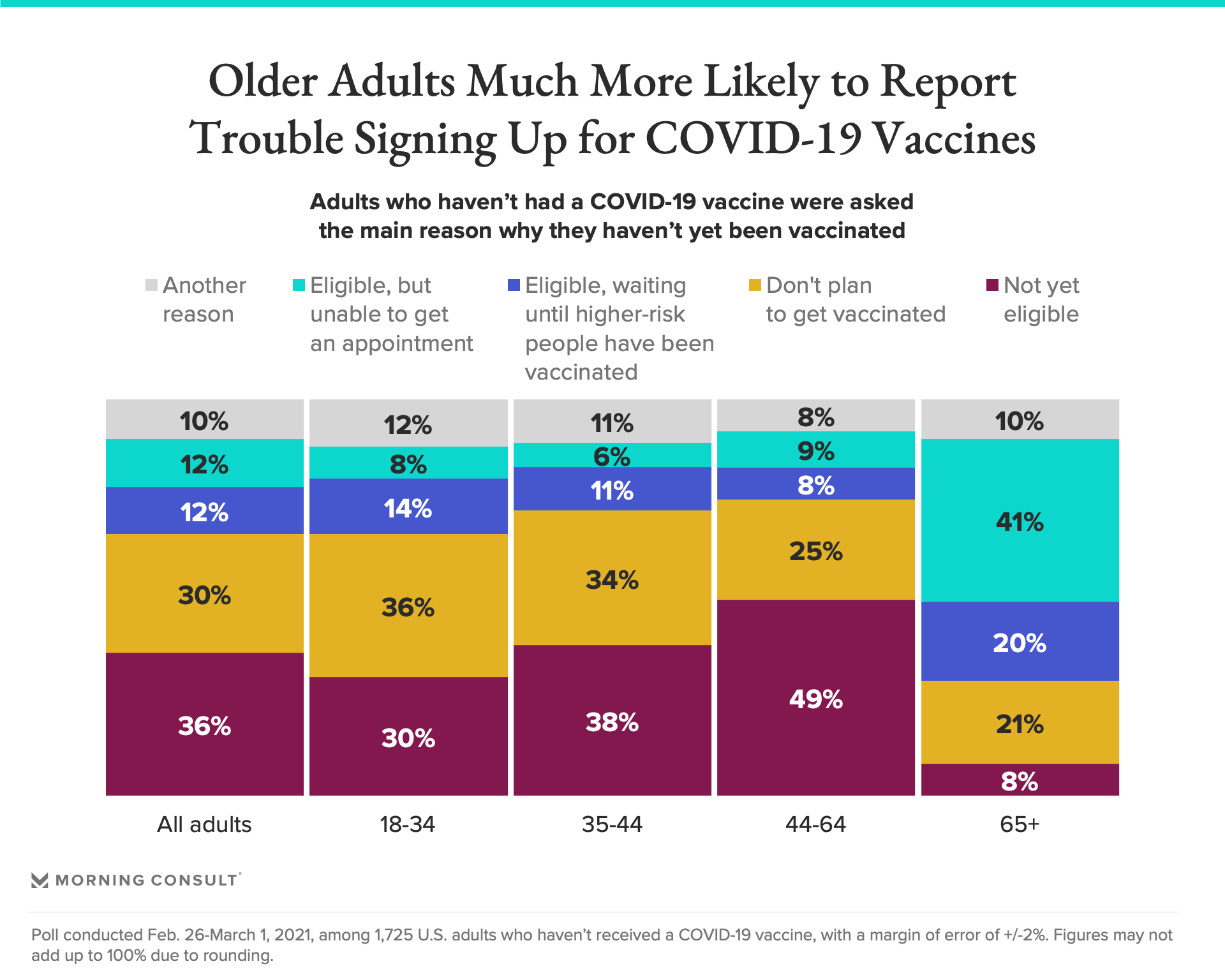 Advocates for older adults have been raising alarm bells for weeks, warning that barriers with technology, transportation and other logistics were making it difficult for seniors who don’t live in nursing homes to get their shots.

Some eligible people have opted to delay vaccination. Another 12 percent of unvaccinated adults said they were eligible but were waiting until more high-risk people got their shots. Public health professionals and medical ethicists have recommended eligible people get vaccinated even if they don’t believe they’re particularly vulnerable.

Related: Teachers Should Be Vaccinated Before Schools Reopen, Most Voters Say
Coronavirus Vaccines