Streaming platforms are bulking up their libraries for kids

What were the kids doing in February? Watching Netflix, apparently.

Two of Netflix Inc.’s most popular titles last month were licensed children’s programs — “CoComelon” and “iCarly” — appearing in the Top 10 list for the platform nearly every day of February.

The popularity of children’s titles — which accounted for 20 percent of the titles in February’s Top 10 list overall, roughly in line with January’s most watched programming — highlights the importance of a robust children’s catalog in the streaming world, as well as Netflix’s need to match competitors that are bulking up on kids offerings. 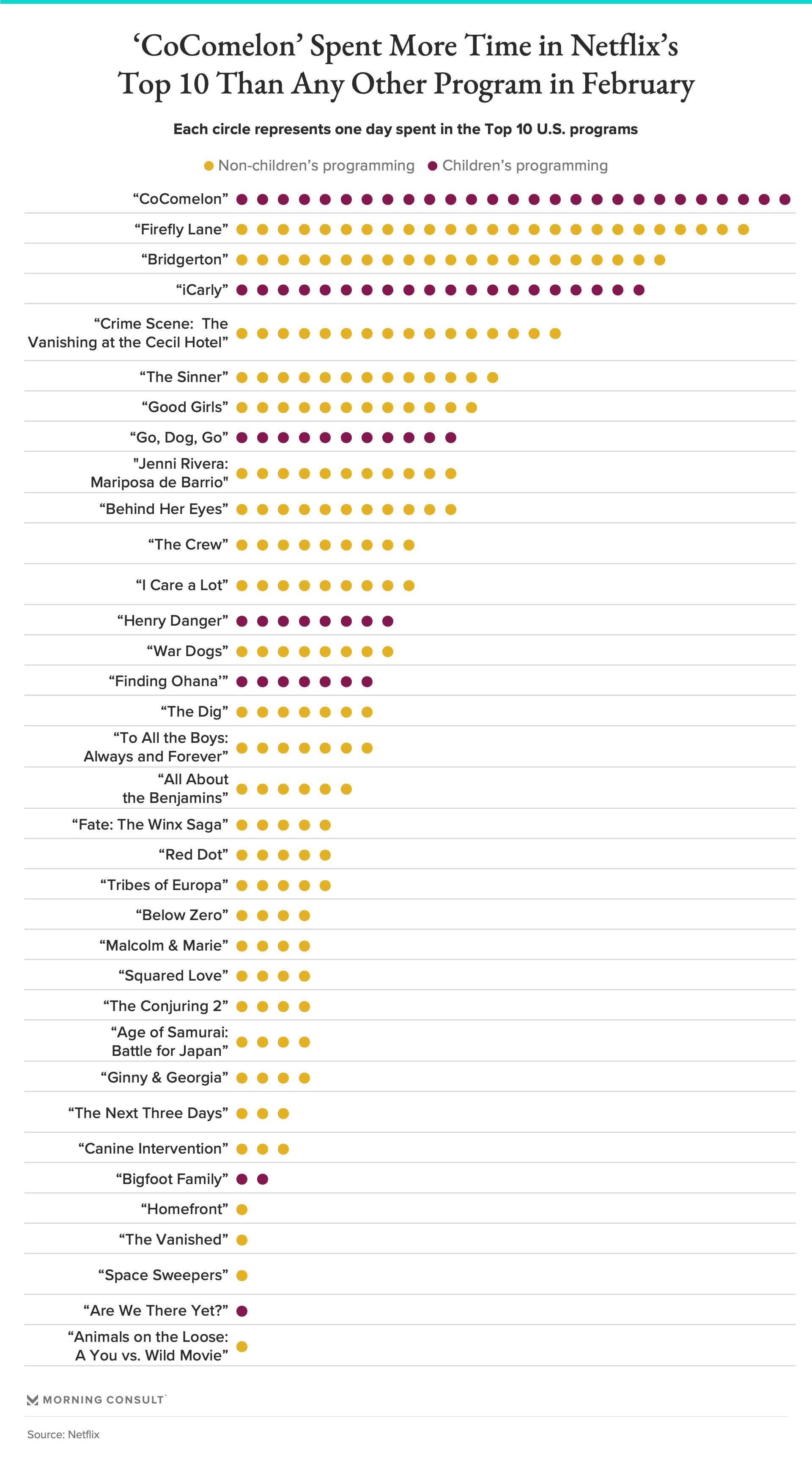 “CoComelon,” which began as a YouTube educational program called “ThatsMEonTV” and rebranded in 2018, was the most popular show last month, spending 27 days in the U.S. Top 10, although never climbing higher than the No. 5 spot. It’s been available on Netflix since June 2020.

The first two seasons of the Nickelodeon comedy “iCarly,” which arrived on Netflix Feb. 8, ranked fourth in terms of popularity, spending 20 days in the Top 10. Indeed, seven of the 35 titles that made an appearance in the U.S. Top 10 last month were kids programs.

In an interview with The Hollywood Reporter last year, Reed Hastings, Netflix’s co-chief executive, said the company wants to “beat Disney in family animation.” As of March 4, 12 percent of all TV shows and 6 percent of all movies on Netflix were categorized as children/family programming, according to Reelgood’s VOD Catalog Insights product. 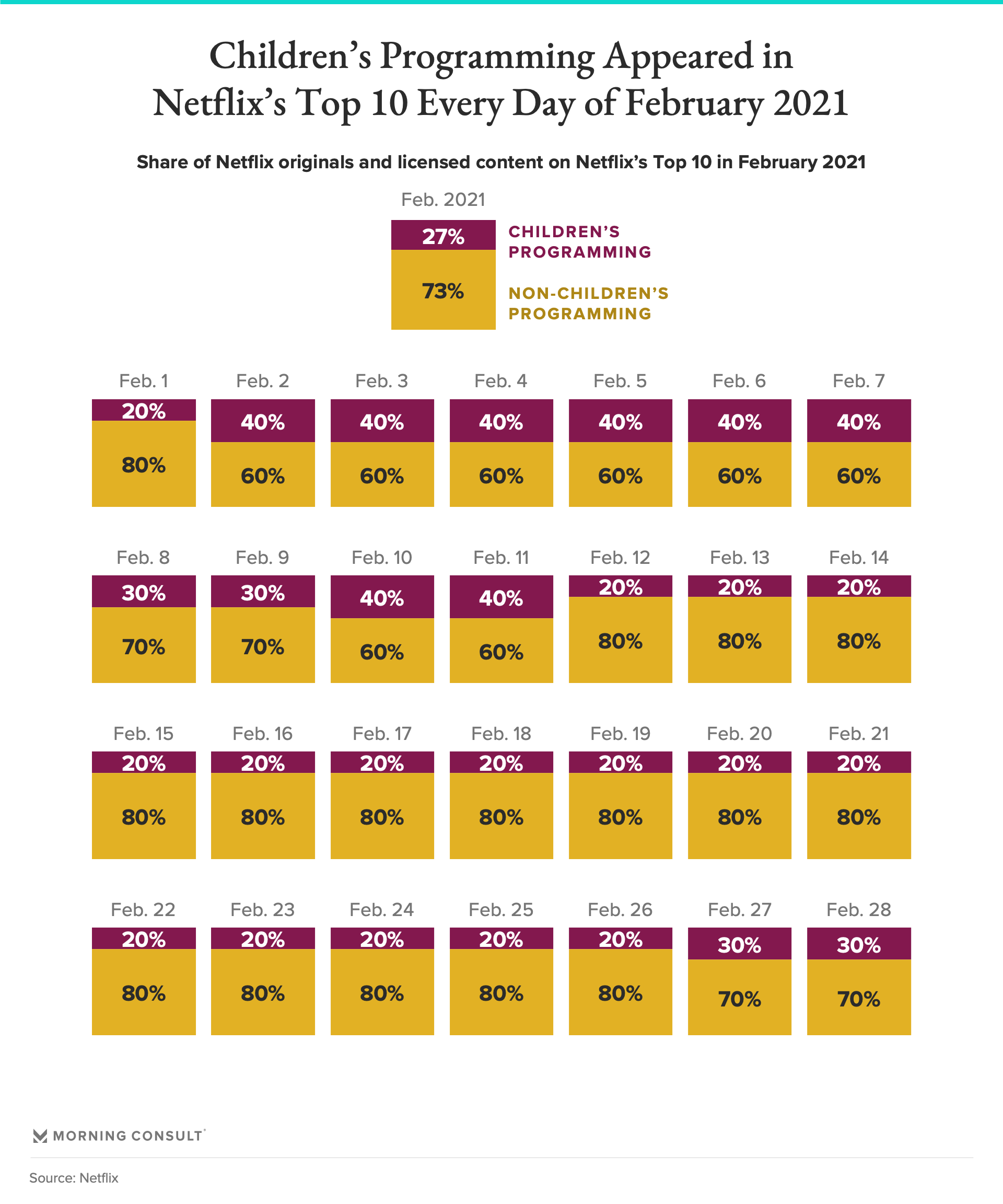 In recent years, Netflix has faced its own competition from other streamers in the children’s programming space.

WarnerMedia told Bloomberg it plans to add more than 300 hours of kids programming to Cartoon Network and HBO Max this year, while Apple Inc. is courting young viewers with “Peanuts” programming, featuring Snoopy and Charlie Brown. Paramount+ is in on the action, too, relying on its “Spongebob Squarepants” and “PAW Patrol” characters to entice parents to subscribe.

Disney+, which reported nearly 95 million subscribers in its first quarter of 2021, has a natural hold of the kids programming space, with a catalog of popular titles that appeal to young viewers. In recent years, Disney titles including “Ralph Breaks the Internet,” “Coco” and “Moana” have made the switch from Netflix to Disney+.

Related: What Did People Watch the Most on Netflix in January? Netflix Originals.
Children Education Film and TV Streaming