Minorities making less than $50,000 more likely than their white counterparts to know of program 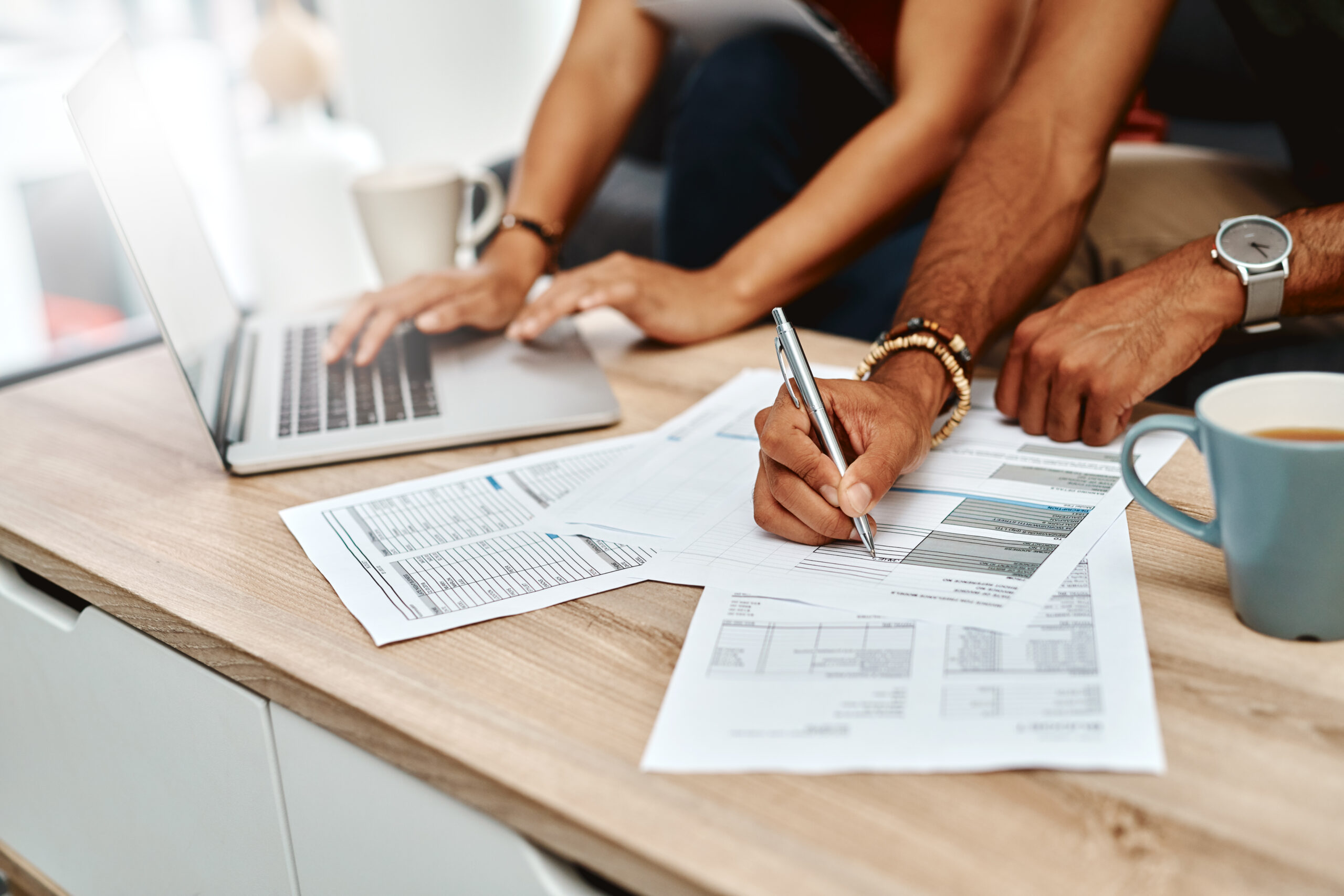 A new Morning Consult poll found that 49 percent of lower-income people of color said they had at least some concern about paying their at-home internet bill each month since COVID-19 started spreading in the United States in January 2020. (Getty Images)
By Sam Sabin

The Federal Communications Commission’s first-of-its-kind emergency internet subsidy program for low-income households will have a larger impact on the lives of people of color than white adults, a new Morning Consult poll suggests.

According to the survey, 27 percent of Black, Hispanic and other non-white adults who make less than $50,000 annually said they have missed at least one internet bill payment since January 2020, when the COVID-19 outbreak started spreading in the United States, compared to 16 percent of lower-income white adults. At the same time, nearly half of lower-income people of color (49 percent) said they have at least some concern about paying their at-home internet bill over the next few months, 10 percentage points higher than the share of lower-income white people who said the same. 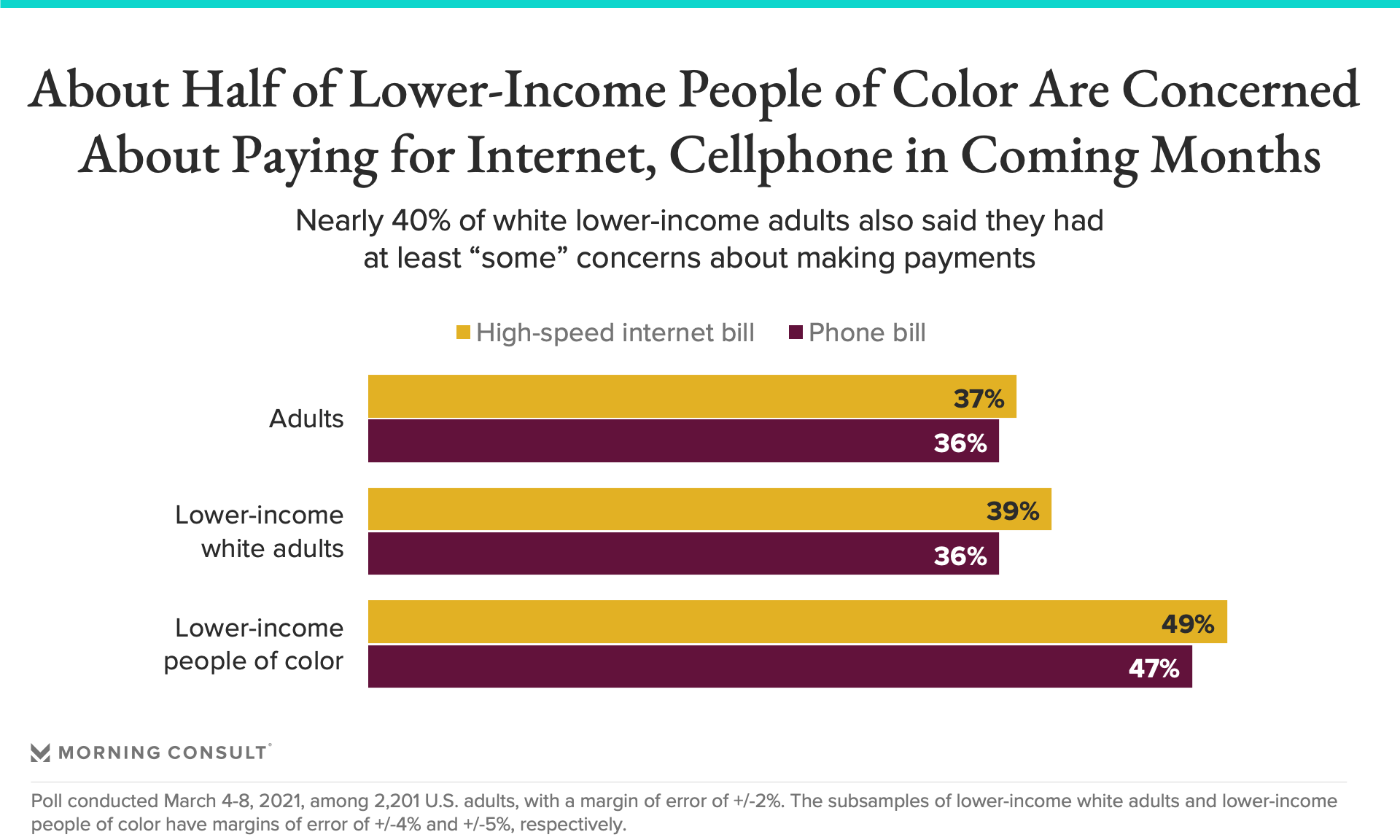 These shares of concern are similar to those found in a June survey, the last time these questions were asked.

The new survey, which was conducted March 4-8 among 2,201 U.S. adults, has a margin of error of 2 percentage points for the overall sample. The subsamples of lower-income white adults and lower-income people of color have margins of error of 4 points and 5 points, respectively.

With the pandemic continuing to force many U.S. households to work, learn and socialize online, Congress dedicated $3.2 billion in December’s COVID-19 relief package for a new, temporary program at the FCC to provide qualifying low-income households up to $50 each month, or up to $75 for those on tribal lands, struggling to pay their internet bills. The program mirrors an existing federal program, called Lifeline, that gives up to $9.25 each month for internet services and $5.25 for phone bills.

But since establishing rules for the emergency program’s operations last month, agency officials, as well as industry stakeholders and consumer advocates, have been looking for ways in the months leading up to its implementation to address an issue that has long plagued Lifeline: awareness of the program’s existence.

Raising awareness is especially critical, seeing as the amount being dedicated each month hits the sweet spot for lower-income households, according to the survey. 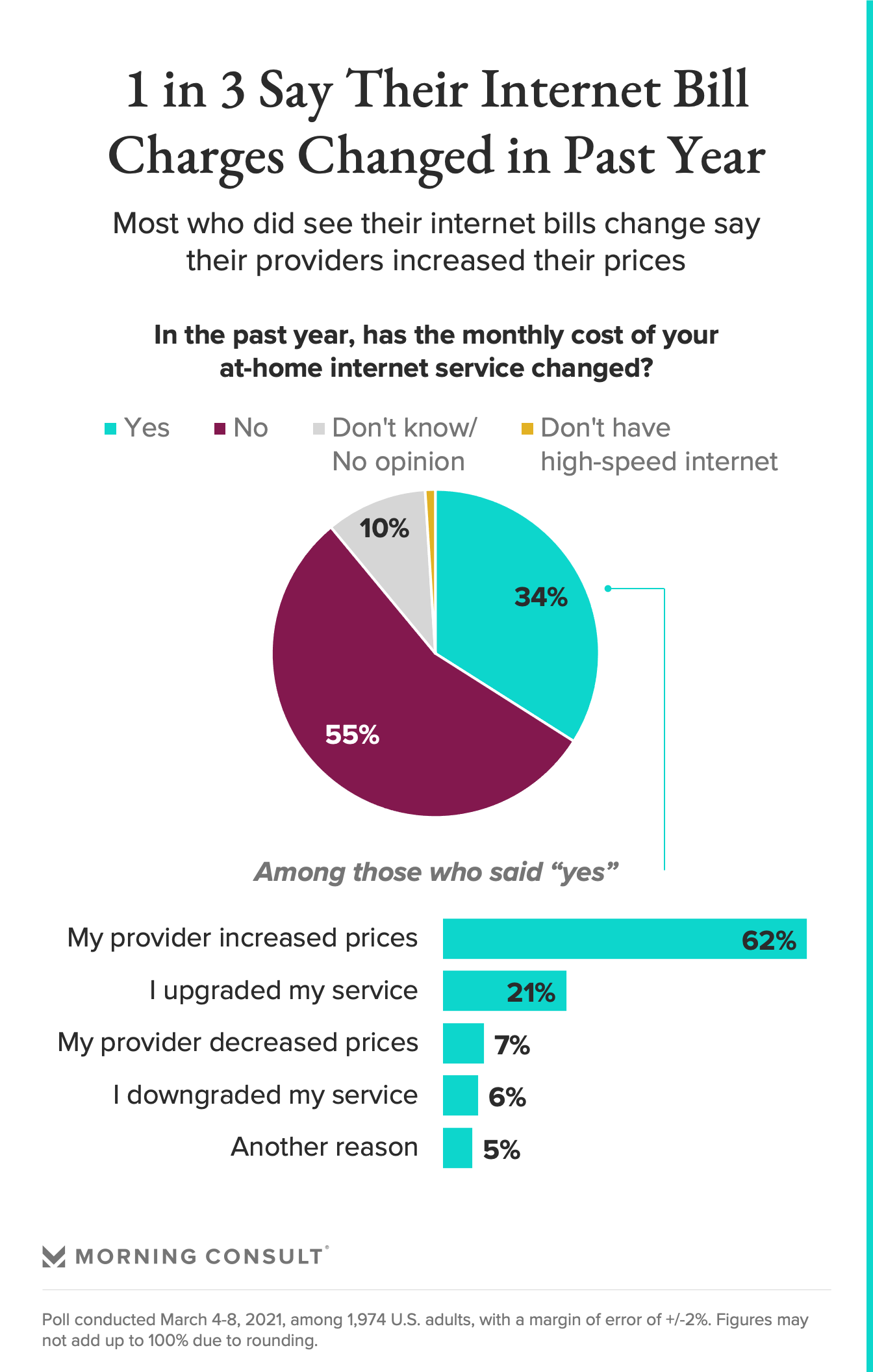 Overall, 30 percent of adults who make less than $50,000 a year said they pay between $51 and $75 each month for internet services, and another 28 percent said they pay between $26 and $50 — meaning qualifying households (no more than 135 percent of U.S. poverty guidelines, as well as free-and-reduced lunch participants, Pell Grant recipients and those who suffered an income loss due to COVID-19) could have most if not all of their bill covered by the FCC’s new subsidy, assuming they end up receiving the maximum amount of $50.

Those payment breakdowns are similar among both white and non-white households in the same income bracket.

Since January 2020, a third of adults (34 percent) said they’ve seen their at-home internet bill amount change. Among those who saw their charges change, 62 percent said it was because their service provider increased prices, including 79 percent of white lower-income adults and 60 percent of lower-income people of color. Nearly 1 in 5 lower-income people of color (19 percent) said their bill total changed because they upgraded their service.

“Free internet sounds kind of ‘scammy,’ so that’s a reality we have to deal with,” Angela Siefer, executive director of the National Digital Inclusion Alliance, said during an FCC roundtable about the benefit on Feb. 12. “If you don’t believe the message, then you need somebody that you trust to give that message to you.”

Both messaging about the program details and partnerships with community organizations will be key to driving awareness, stakeholders have argued. During the FCC’s roundtable last month, Dr. Fallon Wilson, vice president of policy at the Multicultural Media, Telecom and Internet Council, suggested the agency work with faith communities, school districts, colleges and universities, as well as grocery store operators and gig economy employers, to reach out to those who qualify for the program. And she also pushed for offline strategies, like door knocking, to reach unconnected Americans.

“You have to have both offline and online ways of engaging people, and it’s been effective,” Wilson said during the roundtable.