Restaurants Are Ready for an Influx of Hungry Customers, but Consumer Comfort Levels Remain Fluid

44% of adults feel safe dining out at restaurants, down from 51% last month after climbing for several weeks 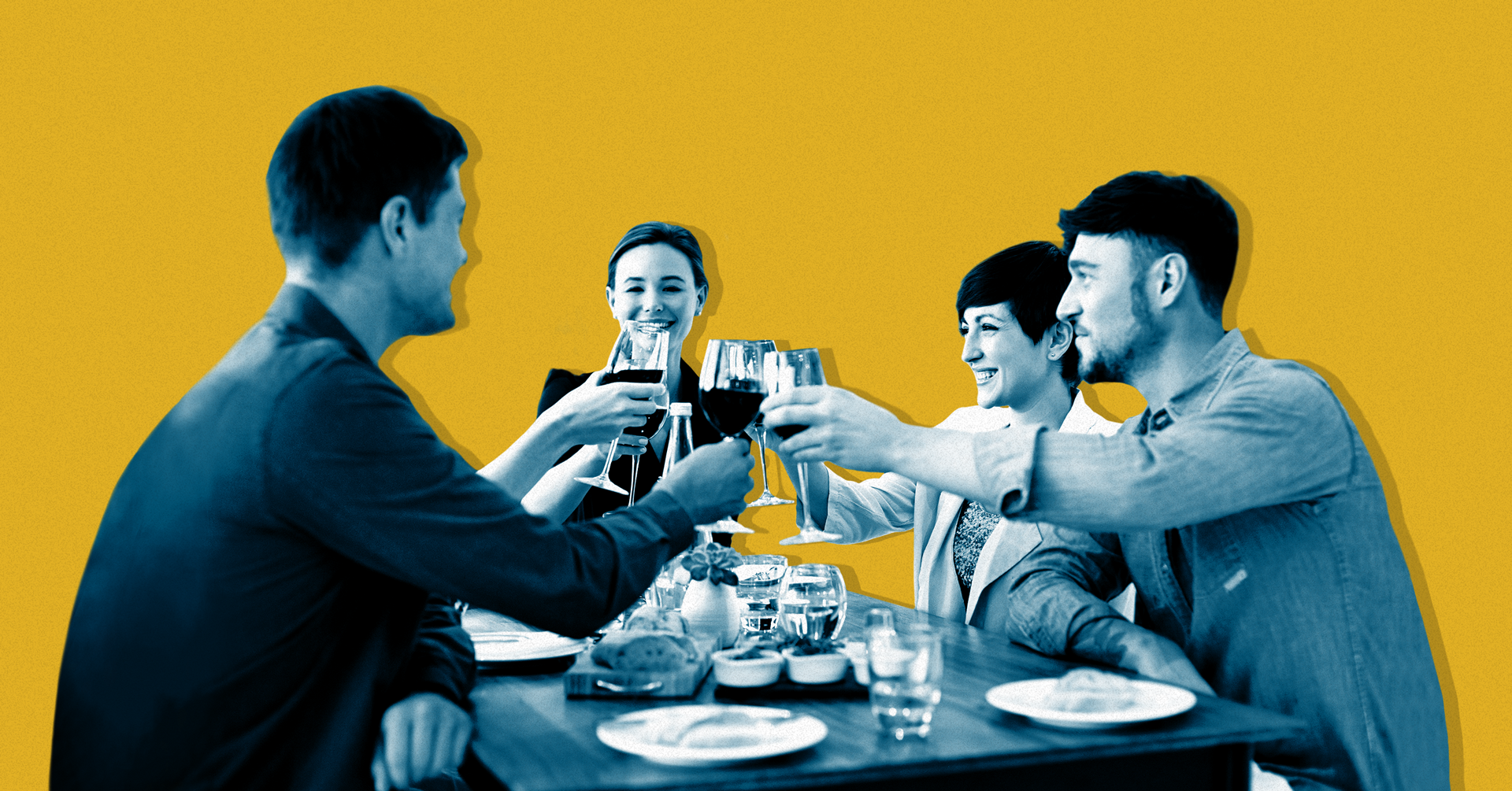 The restaurant industry lost $240 billion in sales throughout 2020, a 24 percent drop from the National Restaurant Association's forecast for the year. (Getty Images / Morning Consult Illustration by Kelly Rice)
By Alyssa Meyers

Morning Consult is commemorating the one-year anniversary of when the World Health Organization declared COVID-19 a global pandemic. Read our data-driven pieces about how the novel coronavirus has transformed the movie theater and sports industries.

The pandemic has crippled restaurants over the last year, and new trend data shows that expectations of crowds soon comfortably returning to dining rooms are hopeful at best.

One year into the COVID-19 pandemic, the U.S. restaurant industry has lost roughly $255 billion, with about 110,000 restaurants temporarily or permanently closed, according to the National Restaurant Association. New analysis of nearly 12 months of Morning Consult trend data indicates that, while many Americans now feel ready to start dining out again, comfort levels remain somewhat unpredictable week to week.

share who said they feel comfortable dining out right now, by generation:

Morning Consult has been tracking consumers’ comfort levels with going out to eat at restaurants since April. From that point on in 2020, the share of U.S. adults who said they felt safe dining out had rarely moved above 40 percent, even as reported U.S. cases ebbed and flowed.

Things started to change in the new year. For the first several weeks of 2021, comfort slowly ticked up to 44 percent by the end of January, before rising to 51 percent at the end of February.

As of early March, Americans’ comfort with restaurants dropped back to 44 percent. That’s still higher than it was through 2020, but it demonstrates the erratic nature of consumer comfort levels amid the pandemic.

Related: A Look Back at Consumer Comfort Trends Through 2020, and What to Expect Next Year

“2020 was the worst year in history for the restaurant industry,” said Hudson Riehle, senior vice president for research at the National Restaurant Association, which represents more than 380,000 restaurant locations.

The industry lost $240 billion in sales throughout 2020, a 24 percent drop from the association’s forecast for the year, according to Riehle. Between March 2020 and January 2021, restaurant and food service sales were down $255 billion from expected levels.

And while 2021 is shaping up to be better than 2020 for the restaurant industry, it may be off to a bumpy start.

“There will be no rebound to prosperity in 2021,” Riehle said. “It will be more of a period of transition and redevelopment.”

share who said they feel comfortable dining out right now, by community:

Even the country’s youngest demographics are hesitant to return to restaurants. Millennials and older members of Generation Z frequented bars and other establishments pre-COVID but have quickly pivoted to ordering food and drinks online.

Still, across the activities that Morning Consult tracks, younger consumers have almost consistently been more likely to say they feel more comfortable venturing out than their older counterparts.

That has largely held true for restaurants: The latest trend data shows that 46 percent of millennials and 42 percent of baby boomers currently feel comfortable eating at a restaurant, a smaller difference in opinion than typically reported for the activity.

When it comes to comfort dining out among other demographics — including income brackets and urban, suburban and rural communities — consumers are less split. Similar shares of adults across both of those demographics said they now feel safe returning to restaurants.

“In the spring, we expect that outdoor dining will ramp up again, aiding operators in the table-service segment,” Riehle said.

Like with restaurants in general, opinions on dining indoors do not differ dramatically between people across demographics such as community, even though indoor dining has reopened much earlier in some states than others.

share who said they dine in at restaurants at least once a week, by community:

Stay-at-home mandates that defined the beginning of the pandemic, along with public health officials encouraging Americans over the past year to limit social interaction, have formed new habits among hungry consumers. Instead of going out to sit down for a meal, people have taken to picking up food from restaurants or ordering delivery when they don’t want to cook.

Despite the accelerated rise of takeout and delivery, some consumers still have an appetite to visit restaurants in person. As of Morning Consult’s latest survey, roughly one-quarter (22 percent) of adults said they’re dining in at restaurants at least once a week, a similar share to those ordering delivery at least weekly (25 percent).

share who said they order delivery from restaurants at least once a week, by community:

Both options are more popular among people living in urban areas, where delivery apps are easily accessible and restaurants with various seating accommodations are plentiful.

One year ago, more than 60 percent of restaurant traffic was off-premises, meaning takeout, delivery, drive-thru and curbside pickup, Riehle said. After the pandemic hit, that share moved up to almost 90 percent in the second quarter of 2020. Now, about 80 percent of traffic is off-premises, with on-site patronage still substantially down, he said.

share who said they order takeout from restaurants at least once a week, by community:

Picking up takeout is a common option as well, with 35 percent of adults saying they do so at least once a week.

The delivery and pickup trend was ramping up before the pandemic, Riehle said, and is likely to continue as more consumers grow comfortable incorporating technology in their restaurant experience, from virtually accessing menus in restaurants to ordering from third-party delivery apps at home.

“Greater availability of data coming through these online ordering systems now is an opportunity for restaurateurs to turn that data into knowledge about their customers and what their preferences are,” Riehle said.