45% of voters say the bill provides the right amount of support; 24% say it is not enough 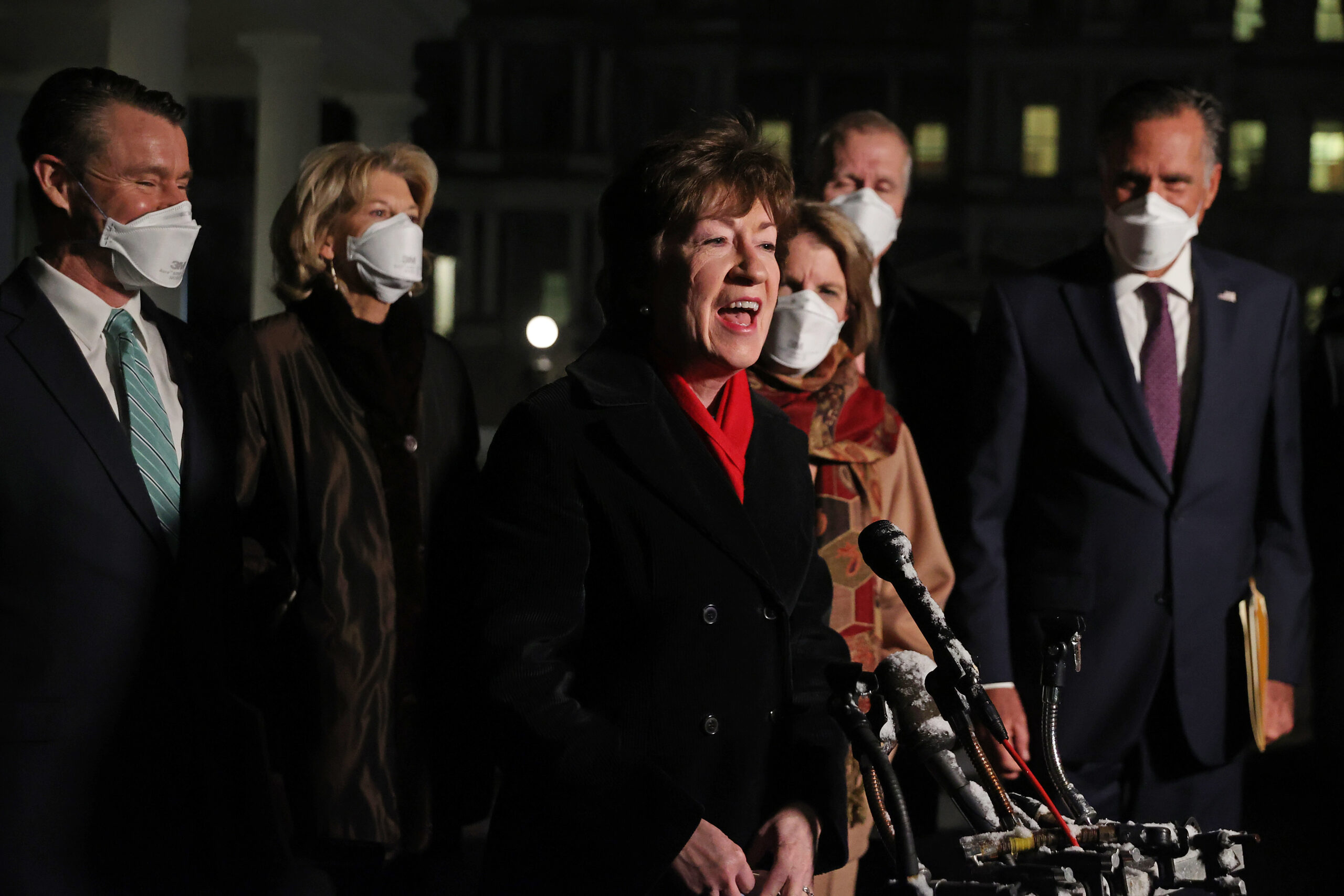 A 45 percent plurality of registered voters in the March 6-8 poll said the COVID-19 bill, which is headed for a House vote Wednesday after surviving trims from moderate Senate Democrats, offers the right amount of support, while another 24 percent said it doesn’t offer enough. Just 1 in 5 voters said the package, which enjoys wide bipartisan backing, offers too much support. 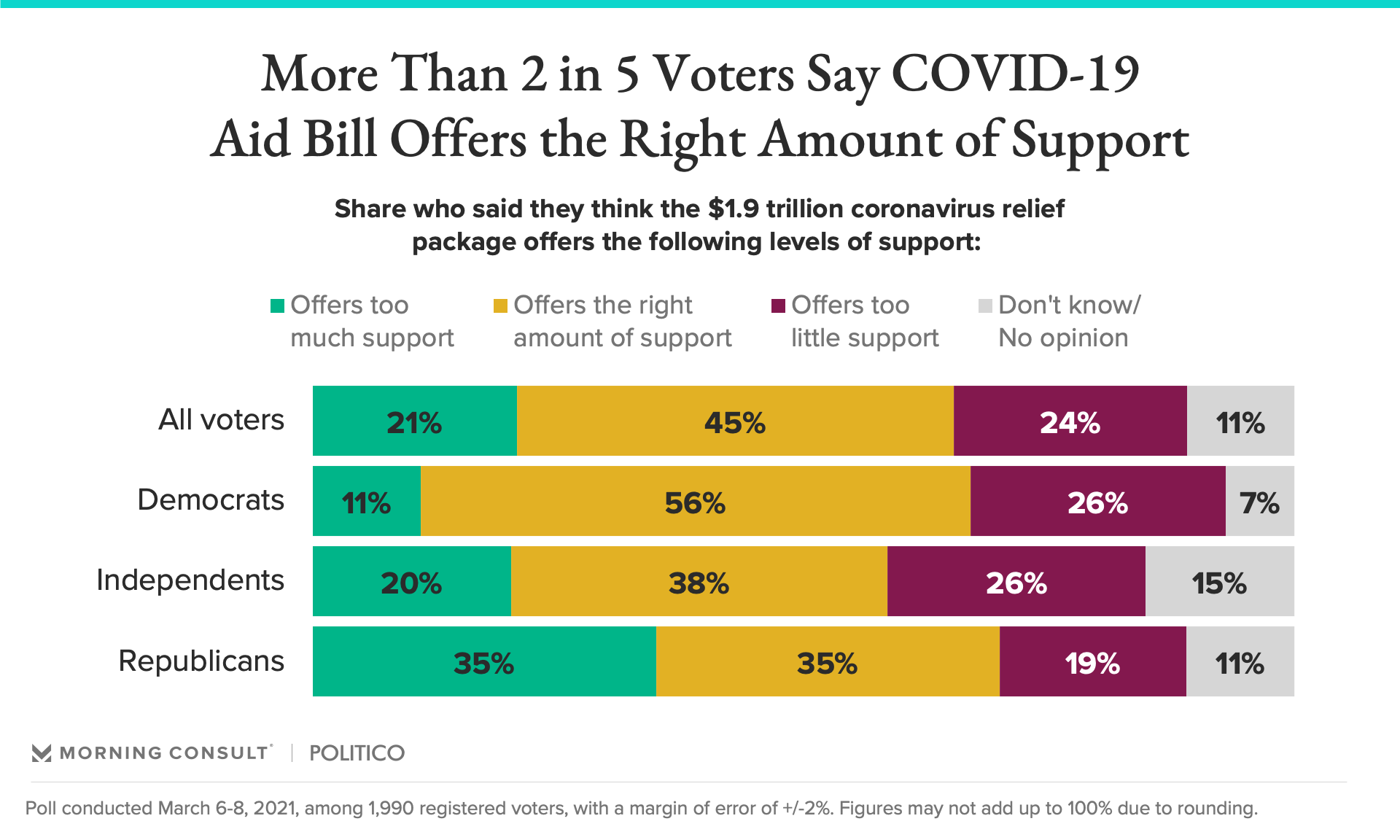 Republican lawmakers have criticized the bill for a variety of reasons, objecting to the total cost of the package and what it would add to the federal deficit, in addition to questioning whether this level of funding is needed as the economy picks up steam following the passage of the last relief package.

A majority of Democrats (56 percent) and a plurality of independents (38 percent) said the package has the right amount of support.

The survey results bolster President Joe Biden’s position after he faced pushback not only from Republicans on the size of the stimulus bill but also from some moderate Democrats. Yet it’s not certain that voters will give him credit for the bill. 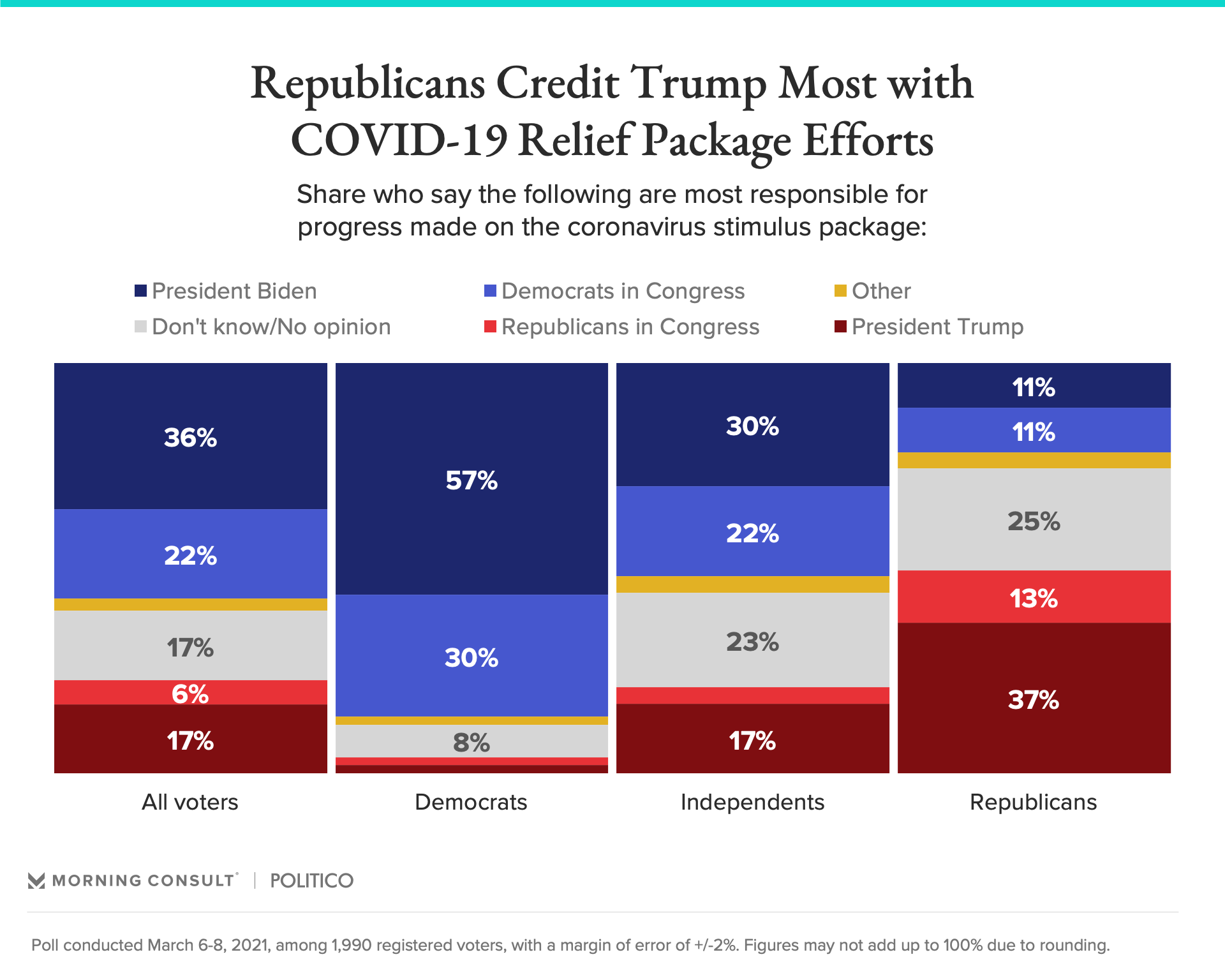 Thirty-six percent of voters say that Biden is most responsible for progress made on the economic stimulus package, compared with 22 percent who credit Democrats in Congress.

Meanwhile, nearly a quarter of respondents said Republicans were most responsible for the aid package’s movement: 6 percent who pointed to GOP lawmakers and 17 percent who gave the nod to former President Donald Trump.

The partisan splits are stark: 57 percent of Democrats give the credit to Biden and 30 percent to congressional Democrats, while 37 percent of Republicans said the same of Trump and 13 percent credited GOP members of Congress.

Among independents, the results skew toward the Democratic side, with 30 percent giving Biden the nod and 22 percent for Congressional Democrats. Seventeen percent of independents said Trump was most responsible.

The results underscore how, even as Republicans in Congress lobby against the popular economic stimulus package, and not a single GOP lawmaker has cast a vote for it so far, Trump might still benefit from its passage in the eyes of a significant portion of his base.

Support for the bill hasn’t wavered, even as Republicans in Congress have mounted attacks on the legislation’s price tag and scope. 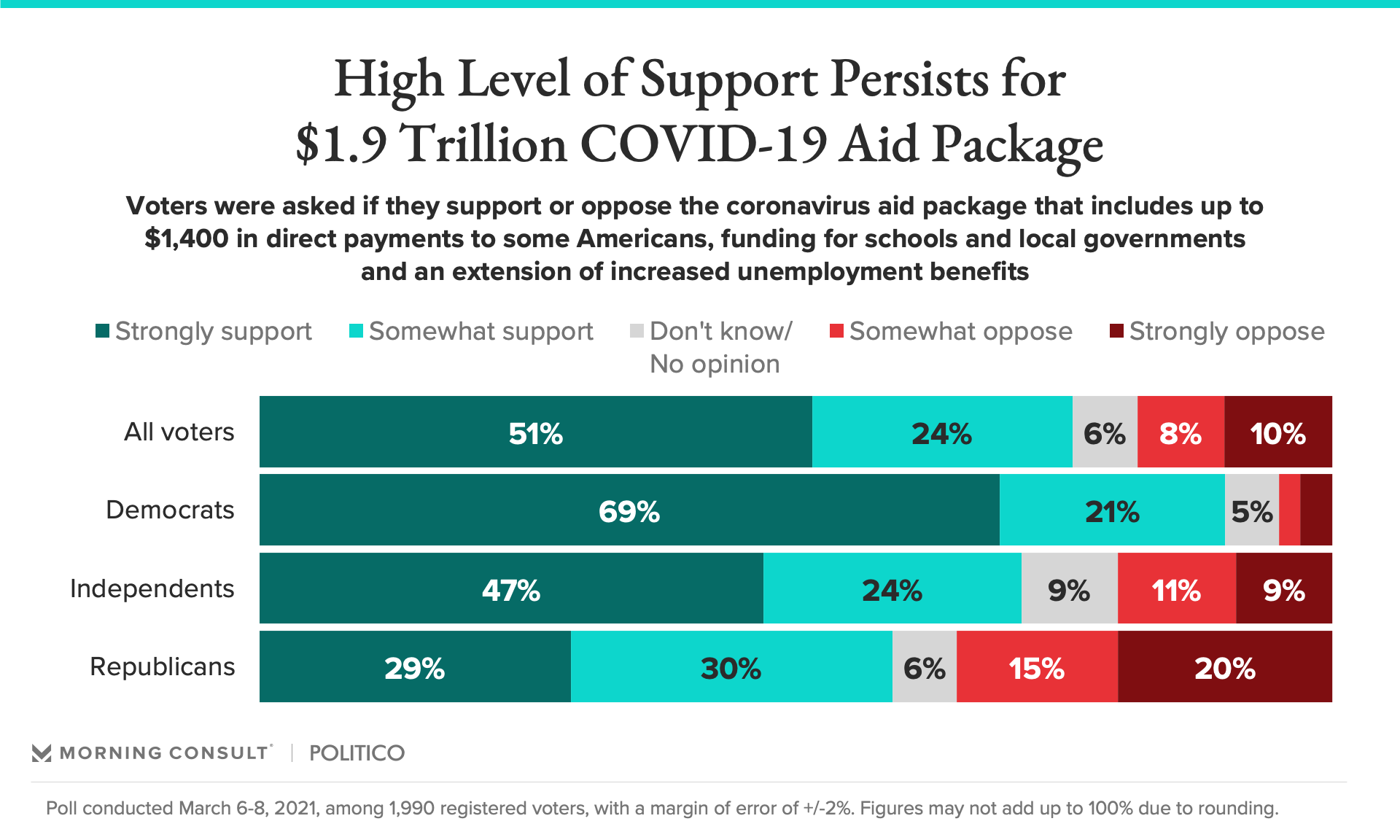 Republican support for the package remained steady from last week at 59 percent, while 35 percent of GOP voters said they oppose the legislation.