To Gauge the Future of Lending, We Asked People if They’d Get a Fintech Loan 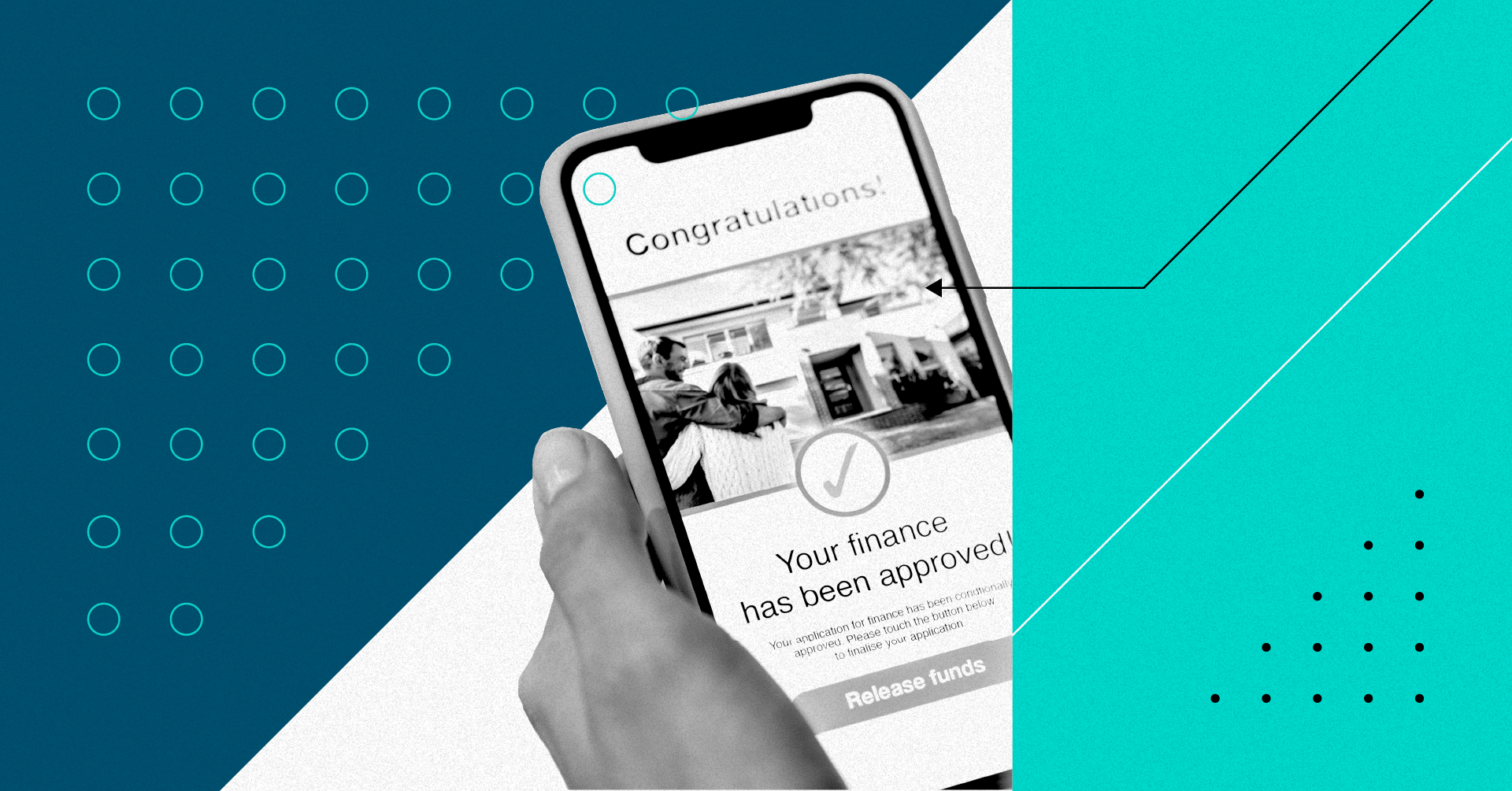 A new special report from Morning Consult takes a deeper dive into public opinion on financial technology, an issue that’s likely to transform both the banking industry and how Washington regulates the finance industry. The data is drawn from a poll of 4,400 adults. Other stories in the series: Fintech Backers Tout Expanded Access to Financial Services, but Underserved Groups Aren’t as Interested | U.S. Lags China, Others in Payments Tech. One Reason: Boomers Strongly Prefer Cash, Cards

With a rush of post-pandemic spending projected by economists following more than a year of pent-up demand, financial firms such as banks stand to fare well, lending aggressively amid low interest rates and a huge flow of liquidity — just as they did, notably, right after the 1918 Spanish influenza pandemic.

But much has changed since 1918, and it’s not just banks and other storefronts that lend to American consumers. After the pandemic shifted everyday lives online, a new class of “fintech” lender could be well-positioned to capitalize on the growth in transactions the industry has seen during the pandemic and benefit from the economic recovery after widespread vaccination.

This should be concerning to the traditional banking sector, which has watched the growth of fintechs with alarm, as JPMorgan Chase & Co. CEO Jamie Dimon noted in a January call with analysts, using a word that can’t be printed in full here. To get a sense of Americans’ comfort in moving their financial life online and entrusting more of their economic lives to startup lending services, Morning Consult asked 4,400 U.S. adults if they would consider getting a loan from a fintech company.

But a closer look at the open-ended survey responses show that these lenders might have more of an edge than the topline numbers would suggest. 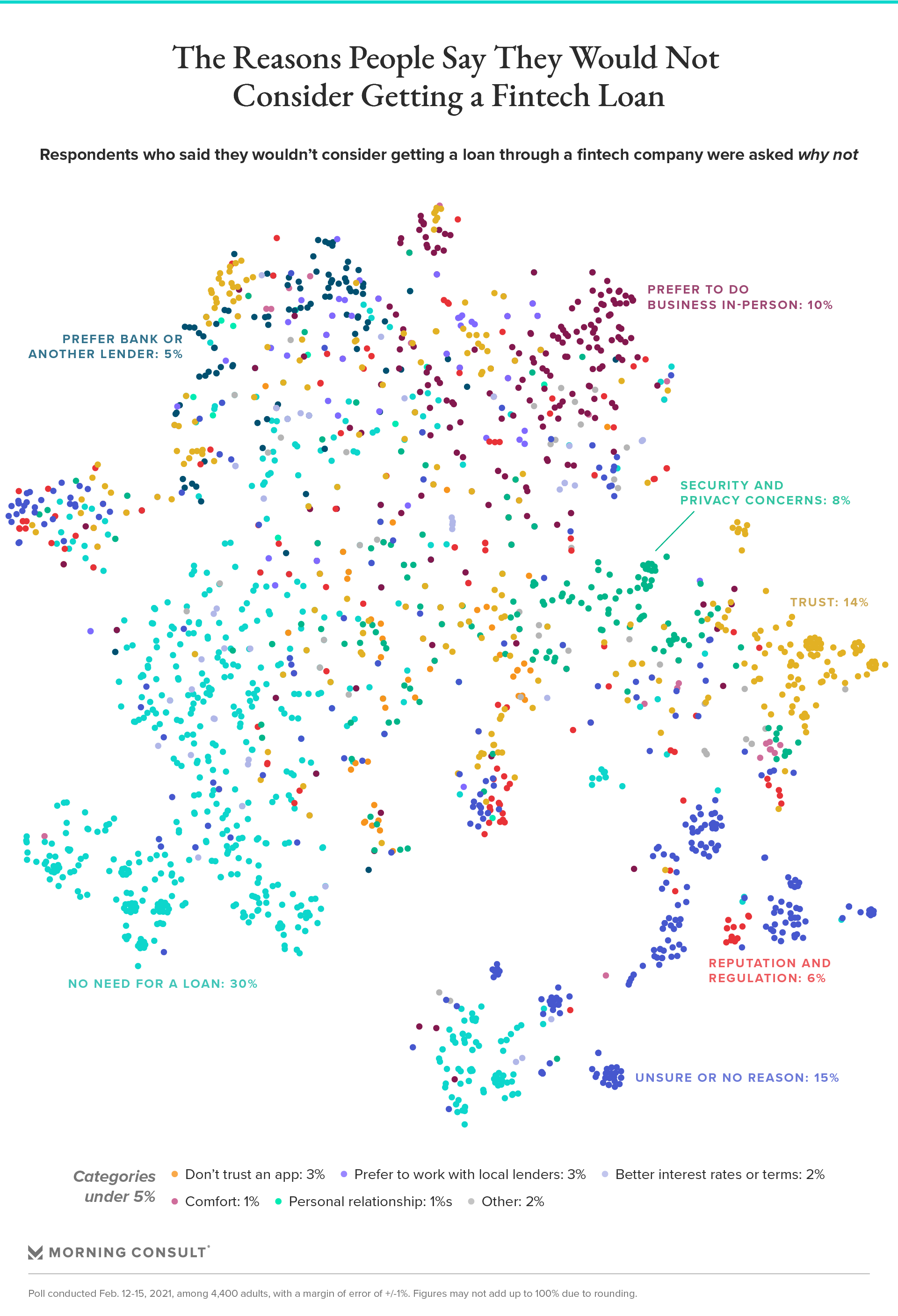 Among the 47 percent who said they would not consider seeking a fintech loan, 30 percent said it’s because they simply don’t need a loan, whether through an online lender or a more traditional one. That was the top reason cited. Next, about 15 percent said they don’t know or didn’t have a specific reason.

Among the more potentially problematic issues for fintechs are the 14 percent who said they wouldn’t take a loan from a fintech company because they don’t trust technology or fintechs. Another 10 percent said they prefer to do financial business in person.

About 8 percent said they are concerned with security and privacy. Those people mentioned things like potential hacks and that they didn’t want their personal information exposed.

“I feel like my personal information would be compromised,” said a 55-year-old white woman who lives in the suburbs.

Six percent cited issues with the reputation of fintechs or mentioned that they didn’t believe they were as well regulated as other lenders. “I think Id [sic] have to know if the fintech company was regulated properly by government, to make sure the average customer wont [sic] be ripped off,” wrote a white 65-year-old woman living in a rural area.

By contrast, the people who said they would consider taking a fintech loan were most likely to cite competitive rates or favorable terms, at 23 percent.

“I believe they are just as reputable as brick-and-mortar banks and may yield better interest rates,” said a white 23-year-old male who lives in a rural area. 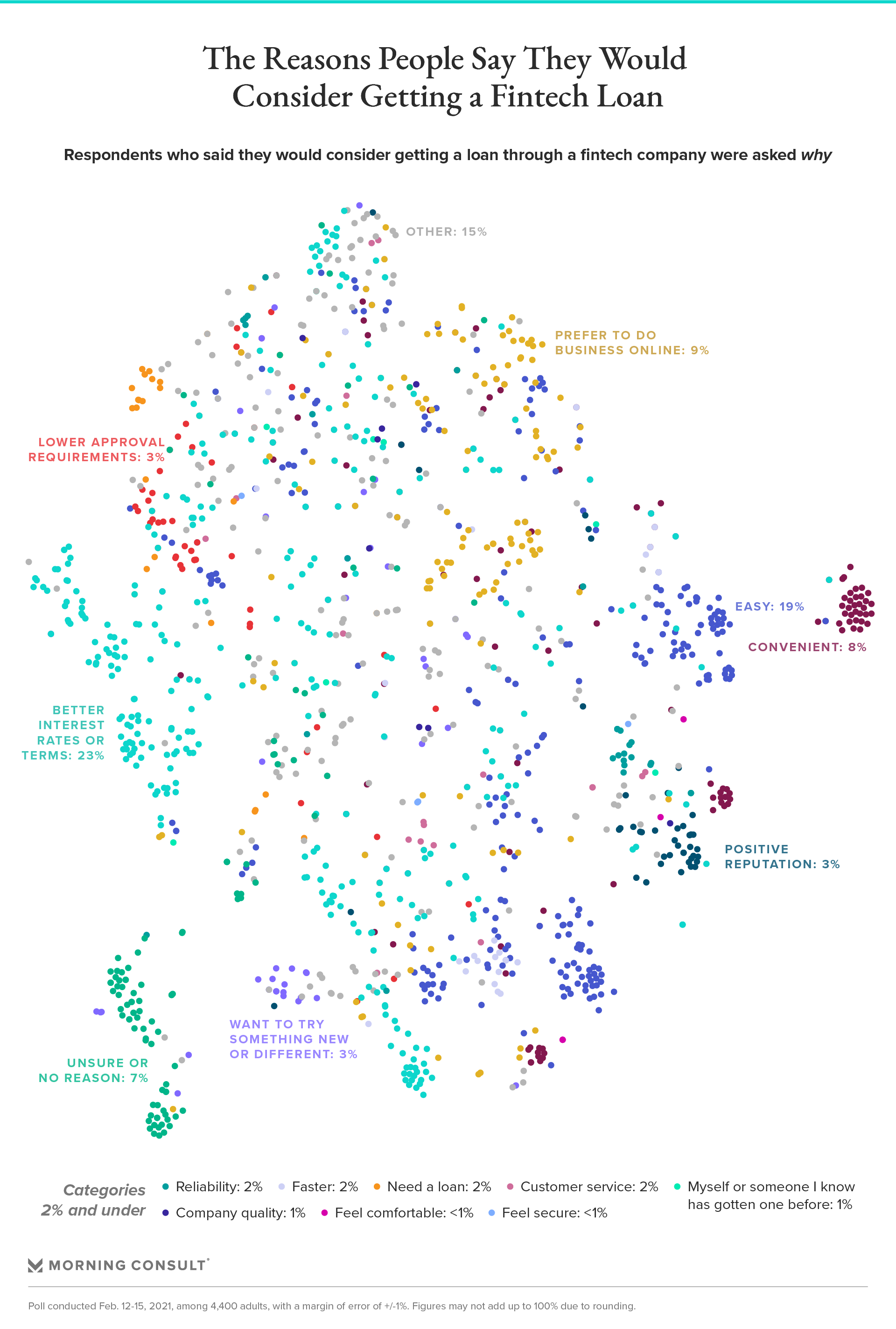 People who would consider a fintech loan also said that they thought getting one would be easier compared to going to a bank or other lender (19 percent). Along similar lines, 8 percent said they thought it would be more convenient.

Nine percent said they prefer to conduct financial business online. These answers ranged from people that simply prefer paperless transactions, to those who don’t want to go in-person to a bank or other lender because of potential pandemic exposure.

A lower but still significant share said they would consider a fintech loan because they might have difficulty getting approved by a bank. People mentioned everything from difficulty dealing with a bank because of their ethnicity to simply having a low credit score.

“I am a person of color and getting a loan from a bank is less likely to be approved,” said a 66-year-old Black woman who lives in a rural area.

According to the survey, 12 percent of respondents said they have gotten a consumer loan from a fintech company. Of those, the top reason cited by far was “to pay for essential items” such as housing expenses, food, etc.