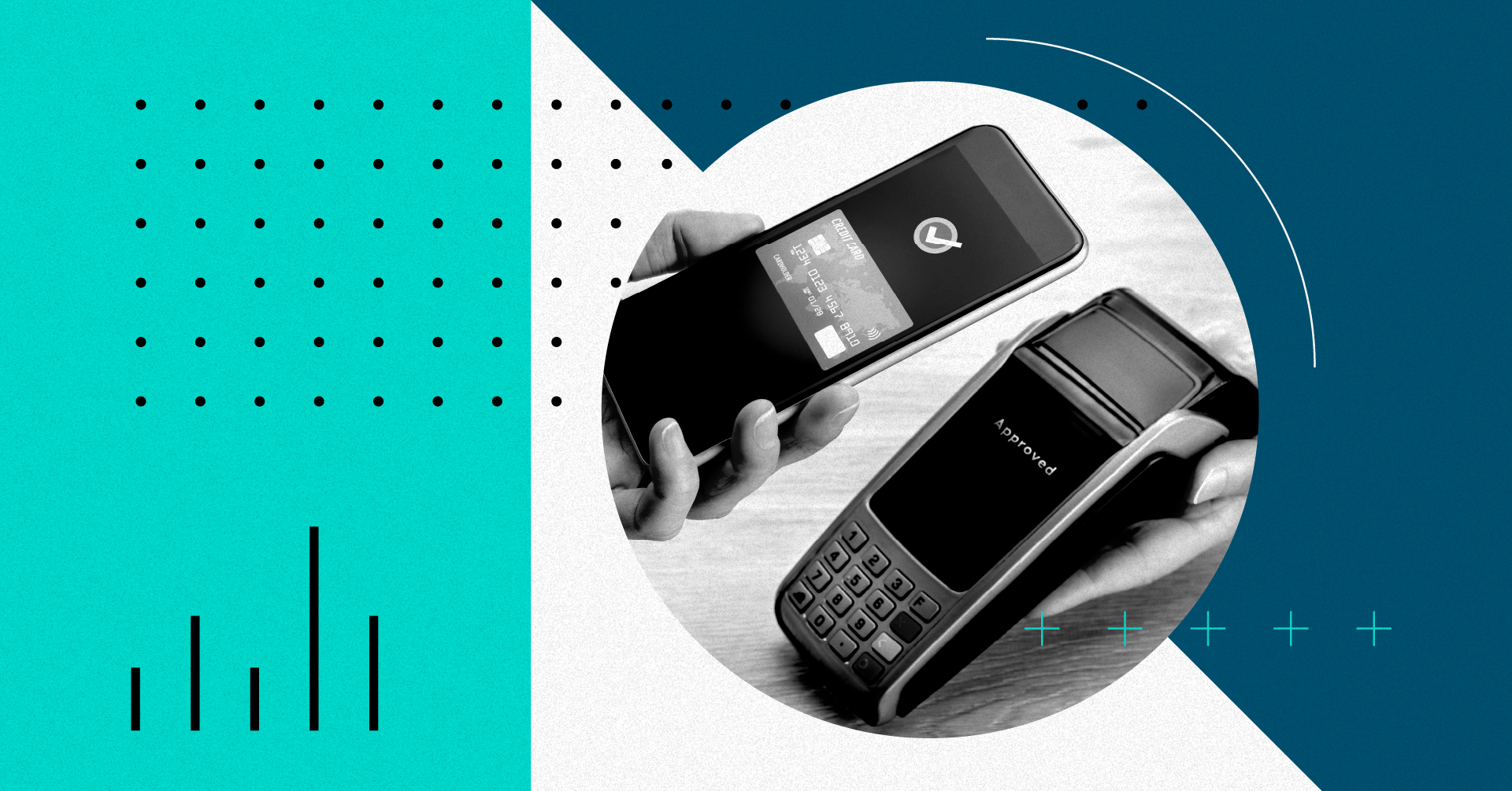 A new special report from Morning Consult takes a deeper dive into public opinion on financial technology, an issue that’s likely to transform both the banking industry and how Washington regulates the finance industry. The data is drawn from a poll of 4,400 adults. Other stories in the series: Fintech Backers Tout Expanded Access to Financial Services, but Underserved Groups Aren’t as Interested | To Gauge the Future of Lending, We Asked People if They’d Get a Fintech Loan

While rapidly growing economies like China have switched from cash to apps like Alipay, mobile payments in many parts of the United States have barely caught on, as Americans stick to a deeply embedded system of credit and debit cards.

A lot of that drag is coming from older Americans, new data from Morning Consult suggests. Gen Zers and millennials are more comfortable than their older counterparts to pay other people and businesses using an app, such as PayPal, Venmo or Splitwise, while larger shares of Gen Xers and baby boomers generally prefer to use cash or a card. 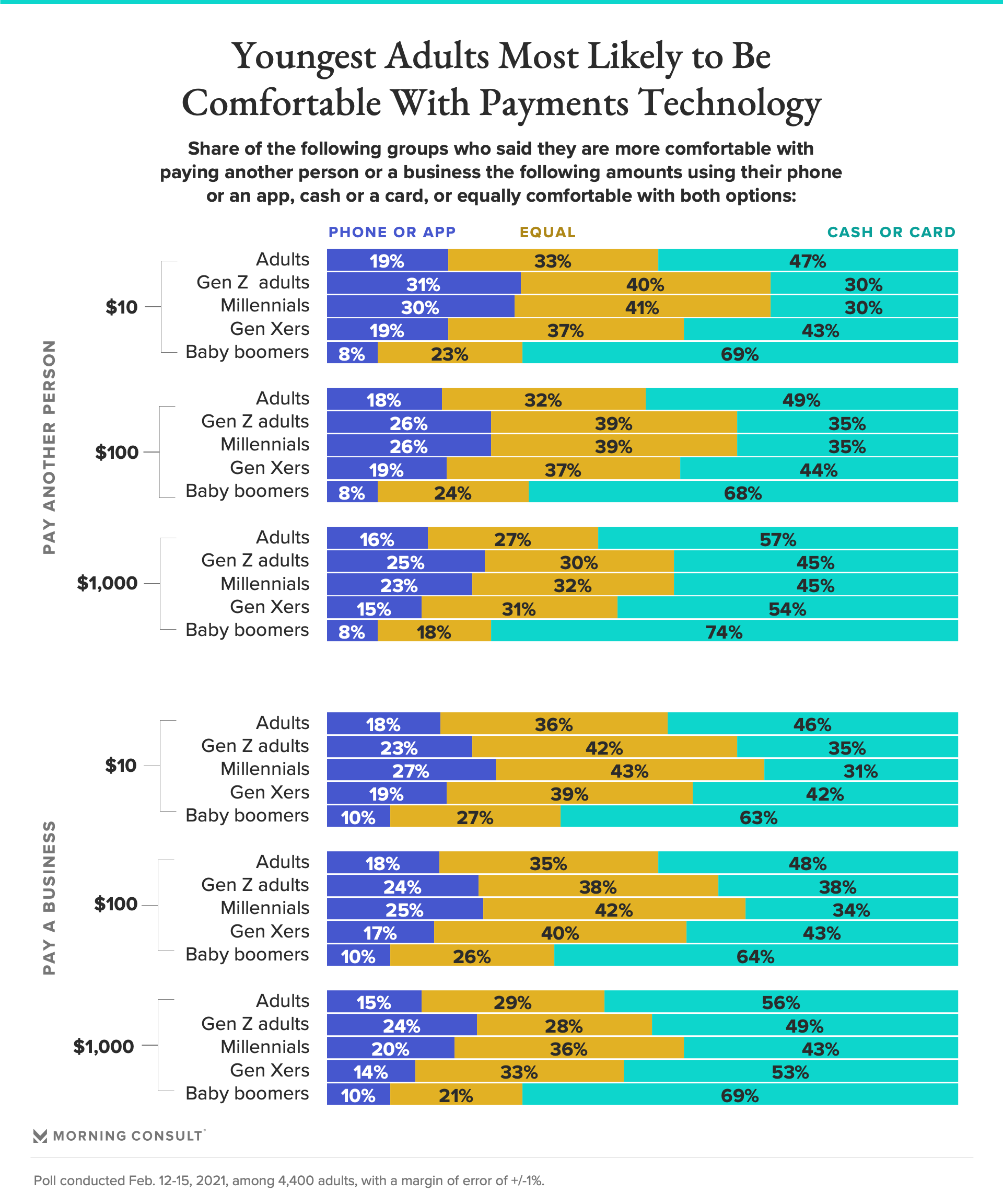 Those trends largely persist regardless of the amount of money being paid. In other words, young adults are more likely than older ones to prefer using their phone or an app regardless of whether the amount being paid is $10 or $1,000.

Overall, 47 percent of adults said they are more comfortable using cash or a card if they want to pay another person $10. Nineteen percent said the same about using their phone or an app for those payments, and 33 percent said they are equally comfortable with either payment approach. Those shares stayed relatively unchanged for $100, though respondents became more likely to say they wanted to use cash or a card at $1,000.

Among Gen Z adults and millennials, the level of comfort with payment technology was higher than older generations, with 3 in 10 saying they are more comfortable paying another person $10 with an app or phone.

The younger adults are a little less comfortable as the amounts go up, with 26 percent saying they’re more comfortable with tech payments to another person at $100 and 25 percent for Gen Zers and 23 percent for millennials at $1,000.

Among the generational demographics, baby boomers had the lowest comfort level with app and phone payments.

Related: Millennials and the Economy: Coronavirus Is the Second Setback in a Generation

Again, the level of comfort with fintech payments was higher among younger generations in regard to paying a business.

For baby boomers, those figures dropped to 10 percent for all three payment levels.