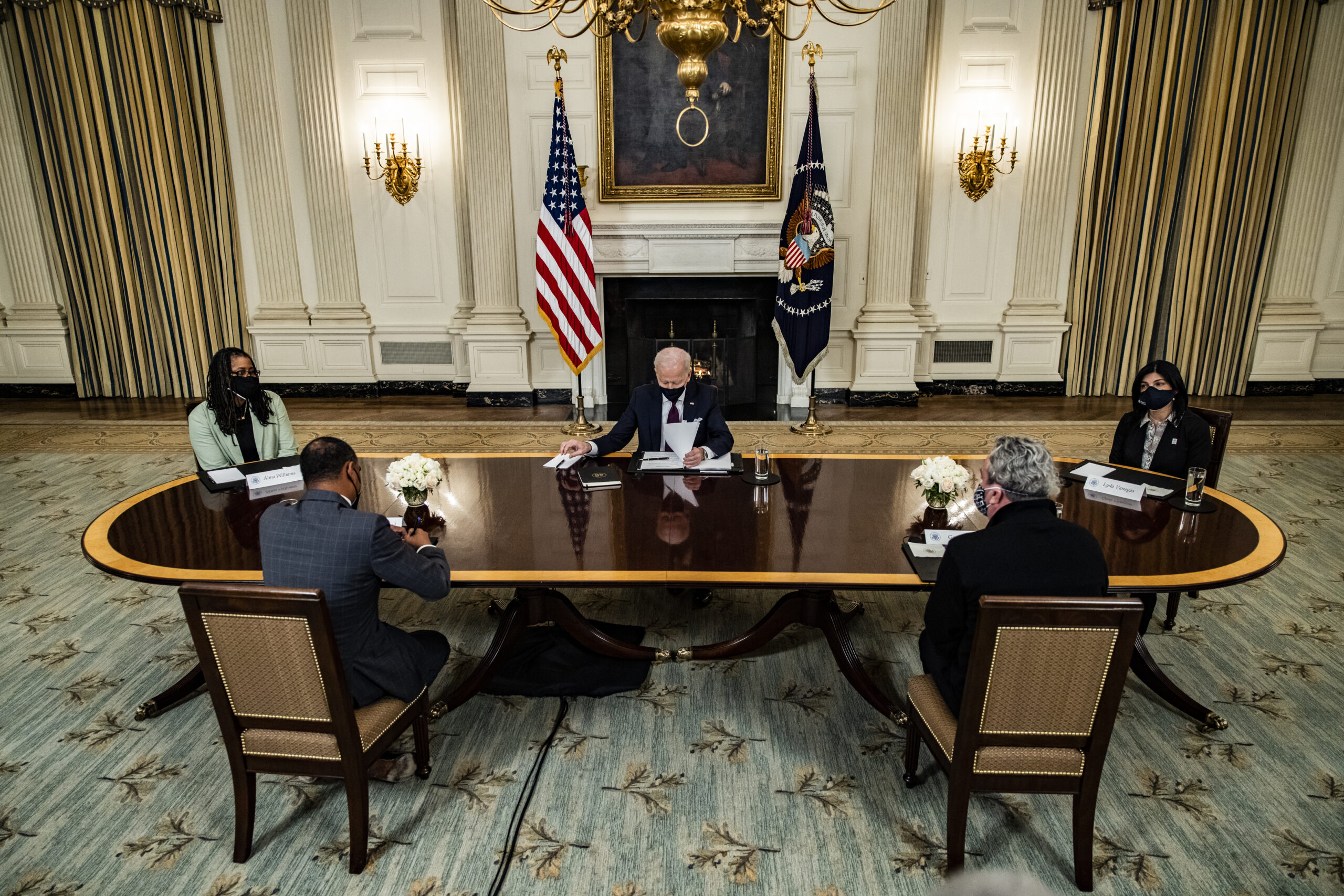 President Joe Biden holds a roundtable meeting on March 5, 2021, with Americans who will benefit from the COVID-19 pandemic relief checks that are a part of the American Rescue Plan. (Samuel Corum/Getty Images)
By Claire Williams

President Joe Biden signed into law last week the popular $1.9 trillion economic stimulus package despite unified opposition from Republican lawmakers, who claimed that the bill was a “wish list” of Democratic priorities.

But among voters, some of the largest and most talked-about provisions in the package garner large amounts of support — even among Republican voters, according to a new Morning Consult/Politico poll. 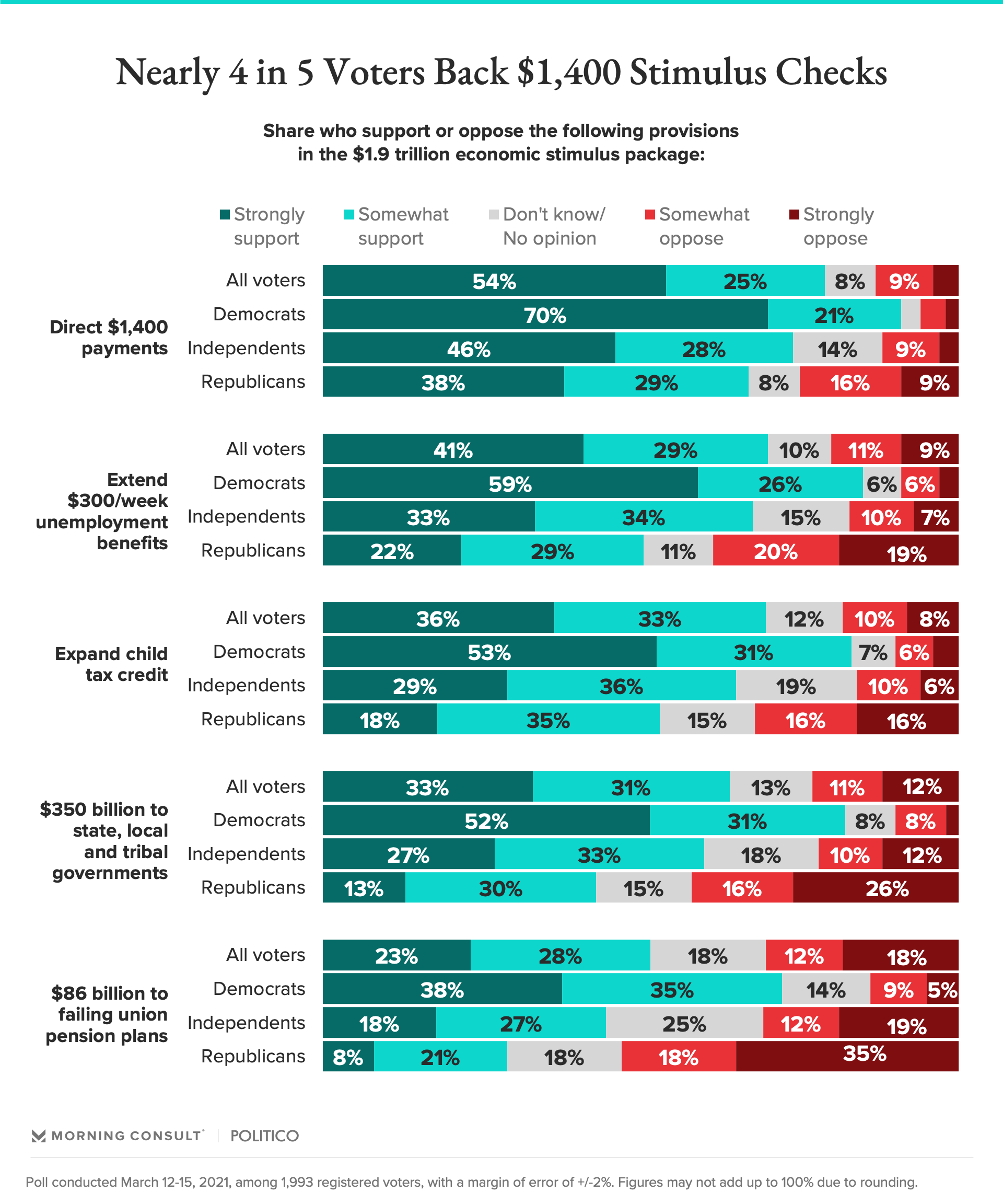 Stimulus checks — up to $1,400 for Americans making up to $75,000 a year — had the highest level of support among registered voters at 79 percent. Ninety-one percent of Democrats supported the measure and 67 percent of Republicans did, as well.

Just over half of Republicans (51 percent) also backed extending unemployment benefits of an extra $300 a week in federal support until Sept. 6, and expanding the child tax credit for one year to $3,600 for each child under 6 and $3,000 for children ages 6 to 17 (53 percent).  Those provisions received 70 percent and 69 percent support, respectively, from all voters.

That said, there are measures in the stimulus package that were more divisive. Democratic and Republican lawmakers have argued over aid to state and local governments since the first economic stimulus package passed under former President Donald Trump nearly a year ago.

Sixty-four percent of all voters support the $350 billion in aid to state, local and tribal governments in the most recent stimulus package, including 83 percent of Democrats and 43 percent of Republicans. Forty-two percent of GOP voters opposed the funding for those governments.

Just over half of voters supported the $86 billion allocated to failing union pension plans, including 73 percent of Democrats. Just 29 percent of Republicans backed the measure, the lowest share of GOP support for any stimulus provision listed, compared with 53 percent who opposed it.

While polling has consistently shown that the stimulus package is popular, it’s less clear how it will shake out politically for Democrats and the president in the long run. Biden and Vice President Kamala Harris started embarking on a national tour Tuesday to tout the plan.

The polling, at least, indicates that most voters think the White House and congressional Democrats were the ones to get the stimulus package completed.

Only 28 percent of voters said that Republicans in Congress were responsible for the relief package, including 21 percent of Democratic voters and 41 percent of GOP voters.

The survey was conducted March 12-15 among 1,993 registered voters and has a margin of error of 2 percentage points.