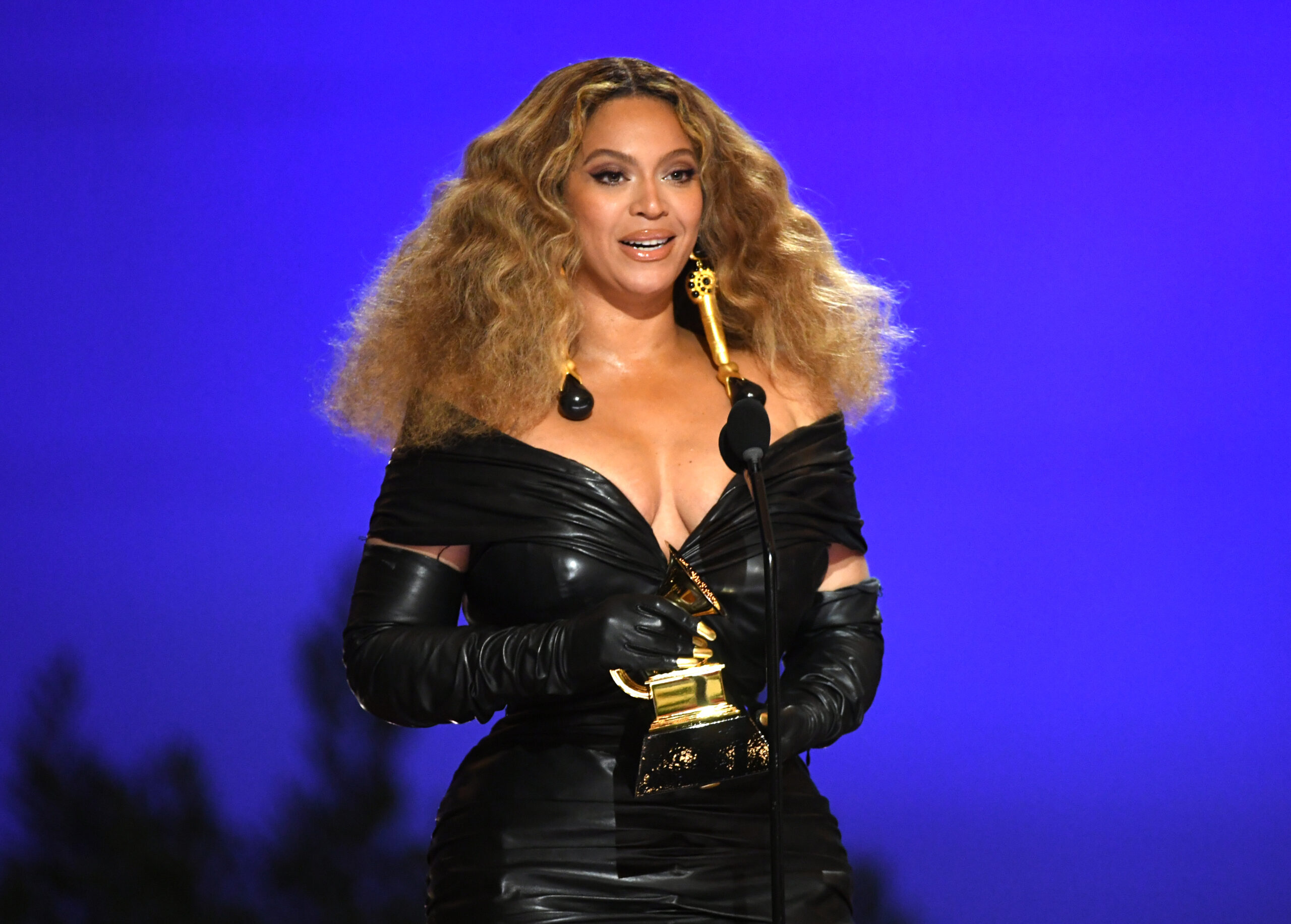 Viewership of the Grammy Awards sank to a record low this year, but new data from online music video network Vevo shared exclusively with Morning Consult finds that nominated and performing artists saw a viewership bump online following the ceremony, with Beyoncé leading the way. 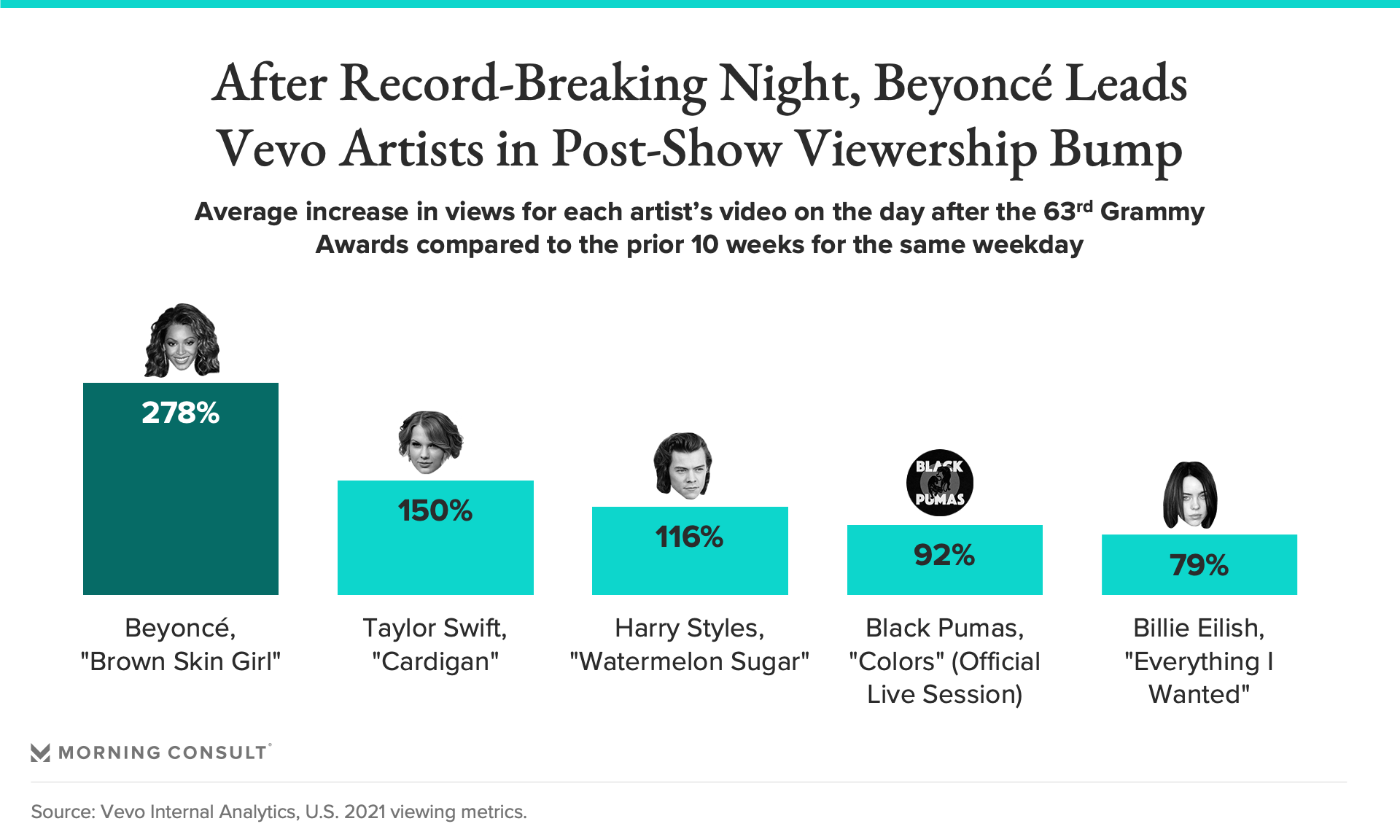 According to Vevo Internal Analytics, Beyoncé, who took home four Grammys on Sunday and became the most awarded female artist in the event’s history, saw a 278 percent increase in views of her “Brown Skin Girl” video on the day following the ceremony, the biggest bump among the performers shared by Vevo. Vevo defines incremental views as the increase in views on a weekday compared with the average views on the same weekday for 10 weeks prior.

“Brown Skin Girl,” which features the singer’s daughter Blue Ivy and the artist WizKid, won best music video on Sunday. Other recent Beyoncé video content was not available for the Vevo analysis, as it is exclusively available on Tidal.

Viewers aren’t necessarily tuning in for the awards, but they’re here for the music. The day after the ceremony — whose telecast viewership fell to 8.8 million, according to Nielsen Holdings PLC — videos from nominees and performers on Vevo collectively saw an average lift of 20 percent compared to the previous 10 weeks.

The analysis comes as more artists slam “Music’s Biggest Night” over the academy’s nomination processes. The Weeknd, who headlined the Super Bowl this year, told The New York Times he was boycotting the Grammys and would no longer allow his record label to submit his music for their consideration.

Taylor Swift, who won album of the year for “Folklore” and became the first woman to win album of the year three times, saw views for her “Cardigan” music video increase by 150 percent, while Harry Styles, who opened the show and won his first Grammy for “Watermelon Sugar,” also saw a triple-digit average spike of 116 percent post-Grammys (about 62,300 incremental views) on his official “Watermelon Sugar” video March 15.

Megan Thee Stallion, who took home three trophies including best new artist, and Cardi B, who teamed up with Megan to perform their conversation-starting song “WAP” during the broadcast, were not included in the analysis since they are Warner Music Group artists, who are not included in Vevo’s catalog.