For Americans, the First Family Is the Country’s Closest Answer to British Royals

Nearly three-quarters of respondents who named a person or family suggested current, former presidents when asked to name the U.S. royal family 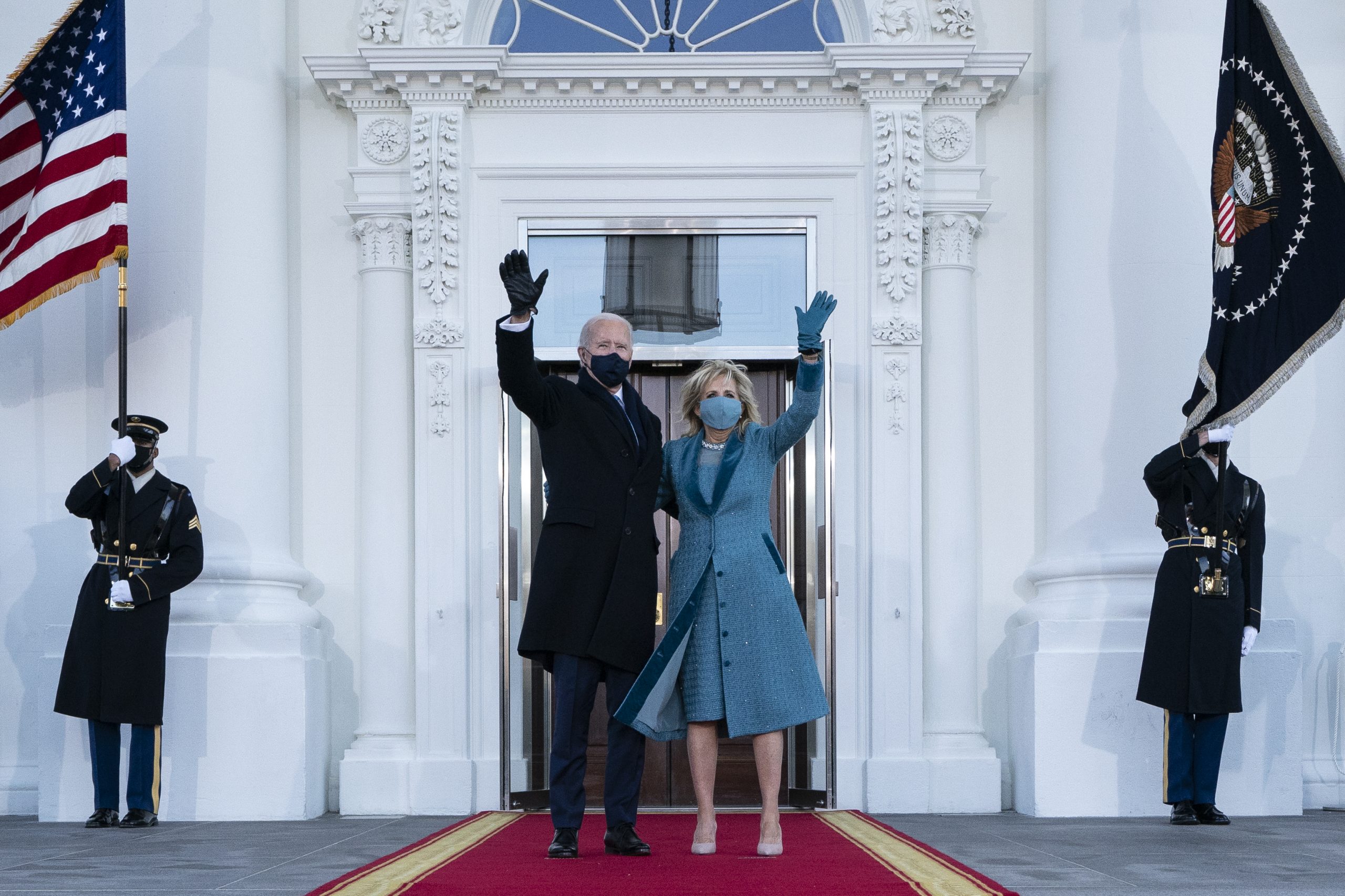 Between “The Crown,” “Bridgerton” and Prince Harry and Meghan Markle’s headline-making interview, the United States has British life on its mind, including royalty. And while new polling finds that while U.S. adults largely reject the idea of an American royal family, those who don’t are most likely to see the family occupying the White House as the royalty on this side of the pond. 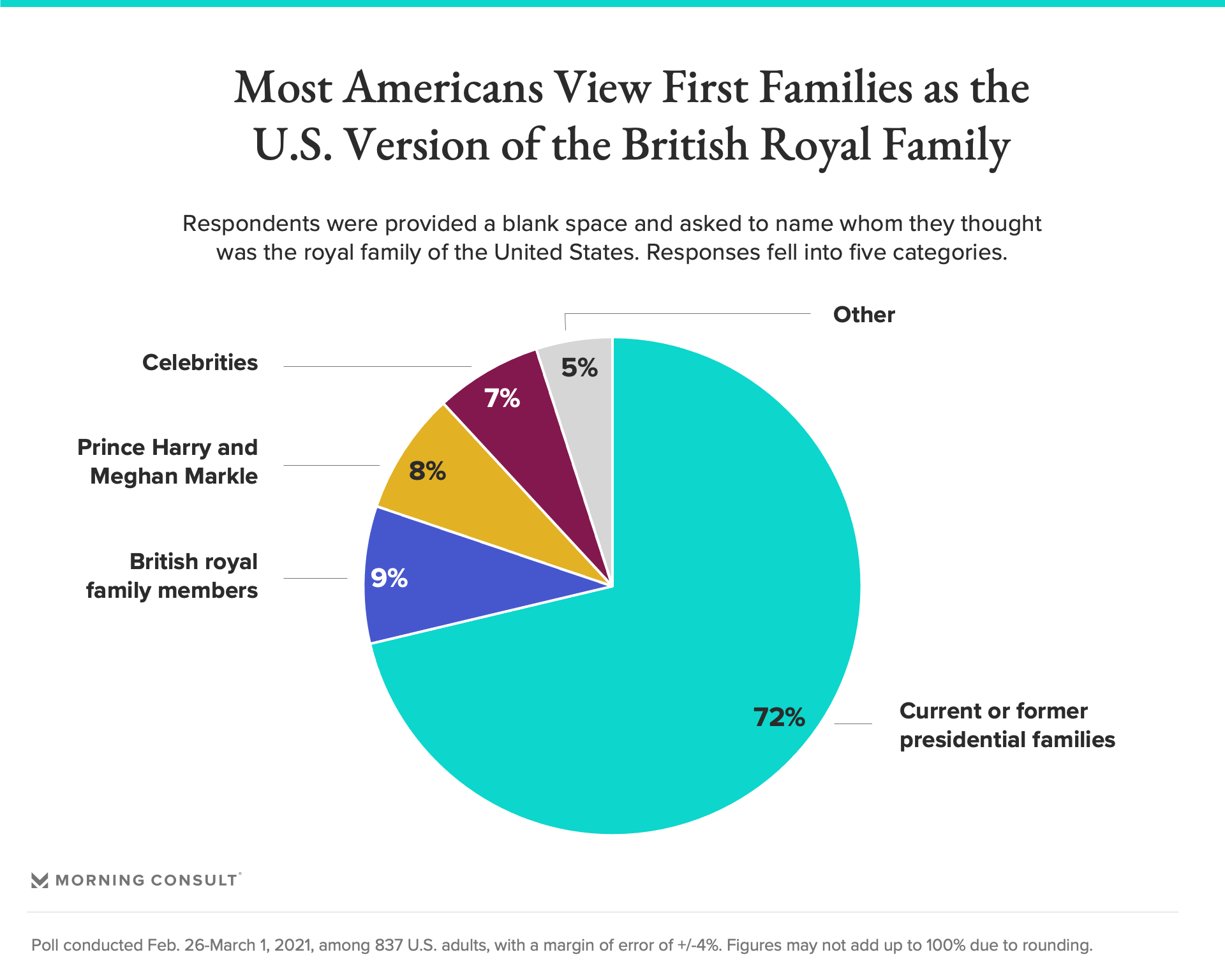 In a Feb. 26-March 1 survey, 2,197 U.S. adults were given a blank space and asked whom they considered the royal family of the United States. Sixty-two percent of those surveyed said there was none, left the field blank or provided a response that could not be analyzed. 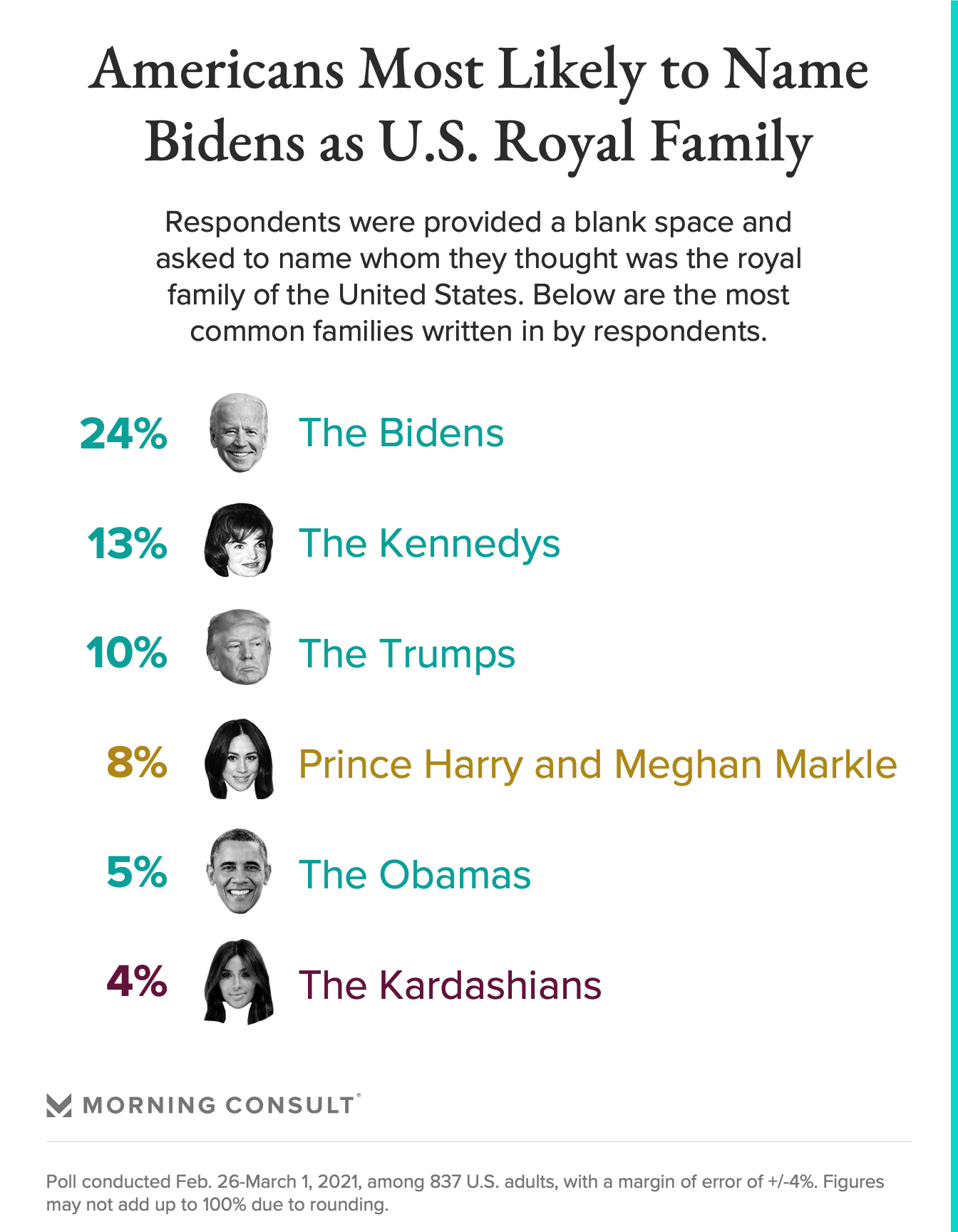 Ten percent of respondents who named an individual or family suggested former President Donald Trump and his family were the U.S. equivalent of British royal family, but a larger share of respondents (13 percent) named the Kennedy family in the survey, which has a margin of error of 4 percentage points.

While some answered with political dynasties, 7 percent of respondents named figures in the entertainment industry, including Willie Nelson and Reba McEntire or Beyoncé and Jay Z. One respondent suggested NFL player Tom Brady; another offered Bill and Melinda Gates.

But among entertainment figures, one name kept cropping up: the Kardashians. The reality TV stars and business women were named by 62 percent of adults who gave a celebrity’s name, or 4% of respondents overall.

But the actual royal family was not far from the minds of some respondents.